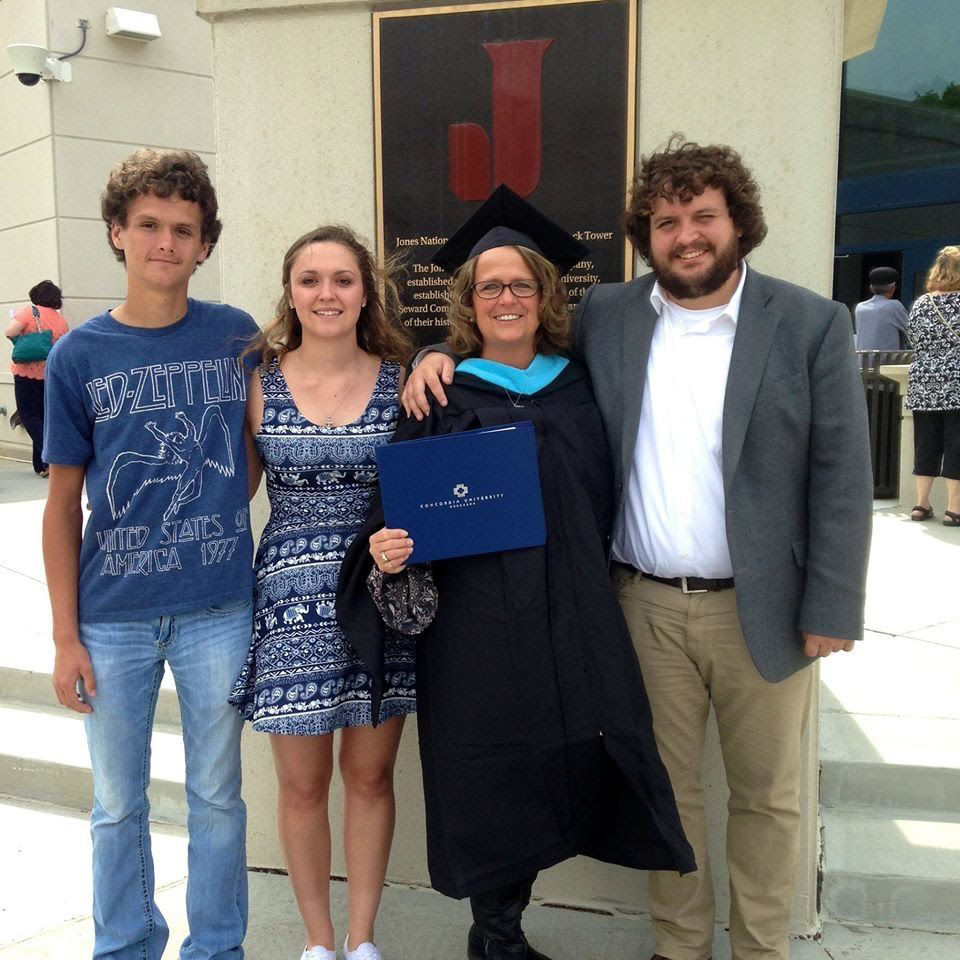 Tonja, pictured with her kids after earning her master’s degree in 2016. From left to right: Radley Shaw, Emilee Shaw, Tonja, and Chevas Shaw. 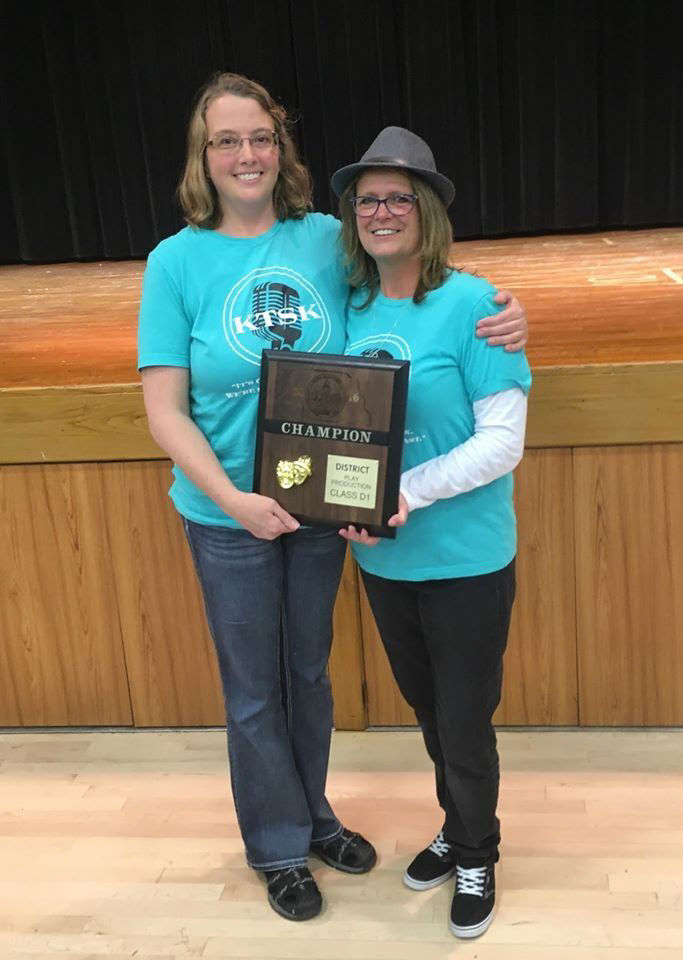 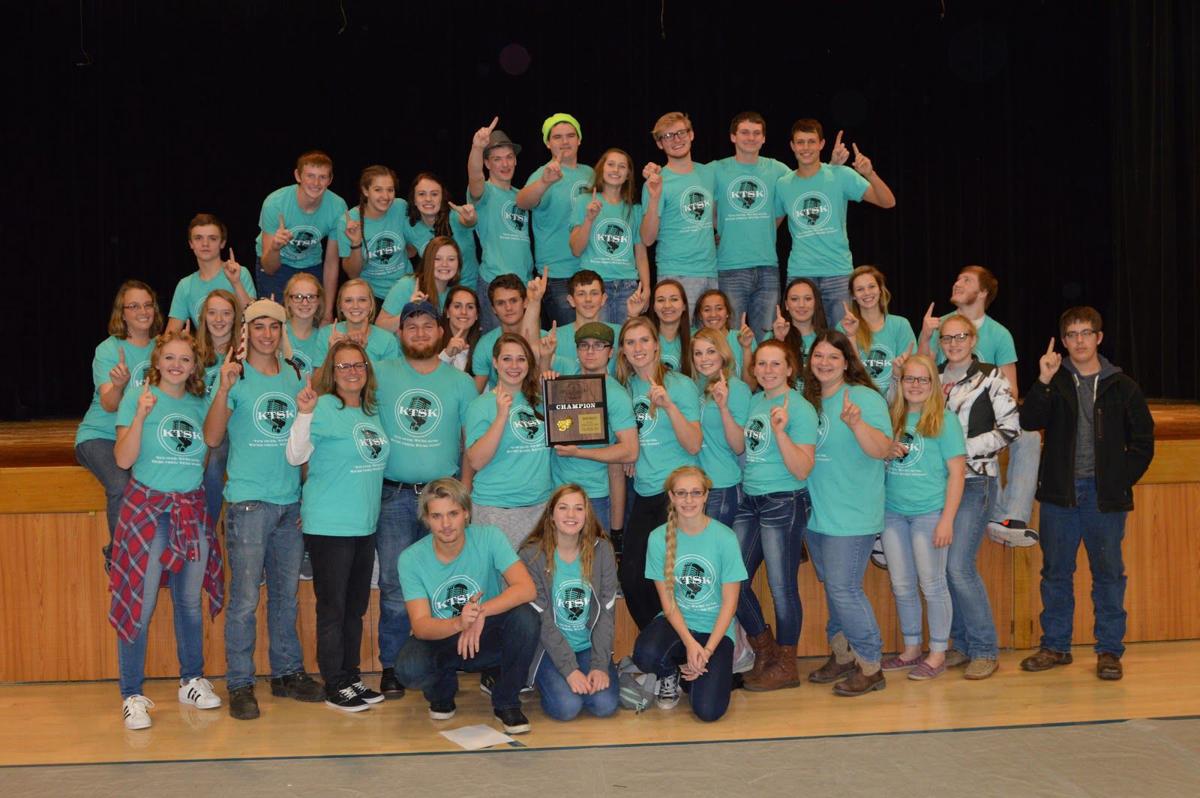 Tonja and Jennifer on their way to the NSAA State Play Production competition with the Brady acting troupe, after earning a district win with their play, “Unsound Effects.” 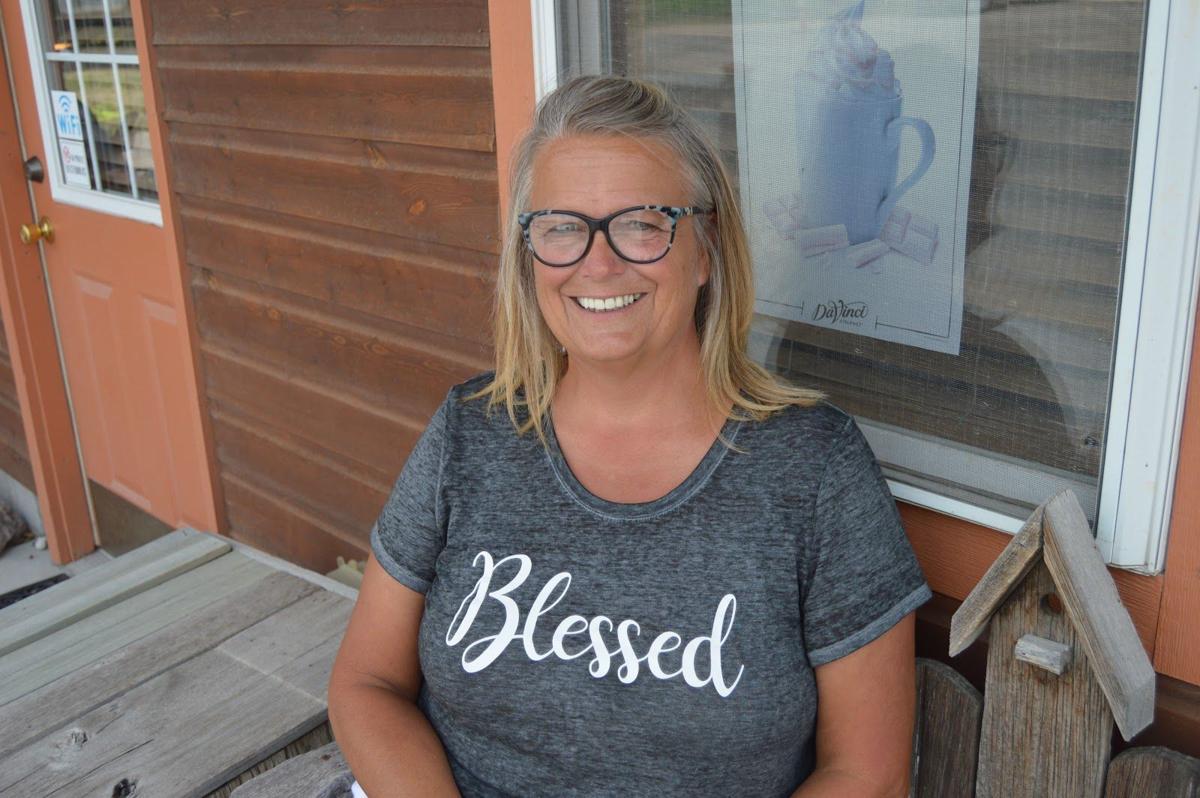 Tonja, pictured with her kids after earning her master’s degree in 2016. From left to right: Radley Shaw, Emilee Shaw, Tonja, and Chevas Shaw.

Tonja and Jennifer on their way to the NSAA State Play Production competition with the Brady acting troupe, after earning a district win with their play, “Unsound Effects.”

For as long as Tonja Shaw can remember, she has wanted to be a teacher. “I loved everything about school. I never had to think about or wonder what I wanted to be when I grew up. I just knew I wanted to teach.” Looking at her life in retrospect, her childhood dream is fulfilled, having spent a little over three decades in the classroom. Shaw recently accepted the Brady Public School’s Library and Senior English position, and she’s come a long way from her roots as a newly minted college graduate in 1988.

The first job she landed out of school was at Wild Horse Valley School north of Brady. The little one room schoolhouse was a far cry from the air-conditioned comfort of her current modern classroom. Her students ranged in age from kindergarten to eighth grade, and she kept them engaged in their tasks by rotating from one age group to another. Shaw learned to be a master of multi-tasking, with no paraprofessionals, other teachers, custodians,

principals, or breaks! She was every position imaginable in a school wrapped up into one, and recalls how it inspired a lifelong passion for drama – not the personal kind, the play production kind. As the resident music teacher, P.E. teacher, and activities director all rolled into one, there were certain expectations.

“I had to do a Christmas program, but I wasn’t really talented in the music department,” Shaw chuckled as she thought back, “I decided to just do a play with some songs added in.” And the rest, as they say, is history. The play performance seed had been planted.

Six years later, all the small country schools in the area were dissolved, and the students were sent to either Gothenburg or Brady districts. Shaw substituted at Brady and served a stint at Mid-Plains Community College before getting the itch to go back into elementary education. The community of Brady was suffering under a student enrollment decline, and they restructured the school to save on personnel costs. With several teachers leaving their positions, Shaw was able to leap on the opportunity to sign on as the combination 3rd/4th grade teacher. She also kept the drama alive in her new endeavor at Brady Public Schools, starting up a long running tradition of 3rd/4th grade annual play performances.

Lots of changes have happened over her years with BPS, including administrative leaders and even district reassignments. Upon entrance into the Sandhills Conference, Shaw and her fellow thespian, Jennifer Most, took on a new type of performance, One Act Play Production. This competitive version of acting requires a cast of players to act out a scripted play in under 30 minutes against other schools in the same conference. Each year, the contest culminates in rivals from across the area vying for the chance to contend at the NSAA State Play Production championships. Shaw’s teams have acted their way to that prestigious event twice in recent years.

Being an educator is not always a walk in the park, though. Along with the satisfaction of building lasting relationships with her younger students, and earning the respect and admiration of her older ones, some adversities remain. “I think the biggest challenge is reaching the kids who don’t really want to be there. Engaging them, showing them that they have a talent at something. You just meet so many different personalities. Loving on them, helping them feel successful, making them feel welcome and comfortable is a huge deal.”

Outside of school, dedication to serving others becomes even more clear. “I am a mother, sister, teacher, and friend. I just love helping people and serving them.” All three of her kids have now graduated school and branched out on their own paths, creating an empty nest for Shaw at home. Chevas, her oldest, has a law practice in Gothenburg. Emilee, her middle daughter, is attending UNO to complete a master’s degree in social work. Radley, the youngest, recently decided to follow in his mom’s footsteps and pursue an education degree at UNL. Her favorite past-times include home improvements, tending her flowers, tanking down the river, time in the water, bible studies, and of course, investing as much time as possible with her family and friends.

She tends to insist that her life is boring and simple, but in reality, Shaw’s unadorned life is a clear window into her giving character, as is her loyalty and dedication to helping her students along their education journey.