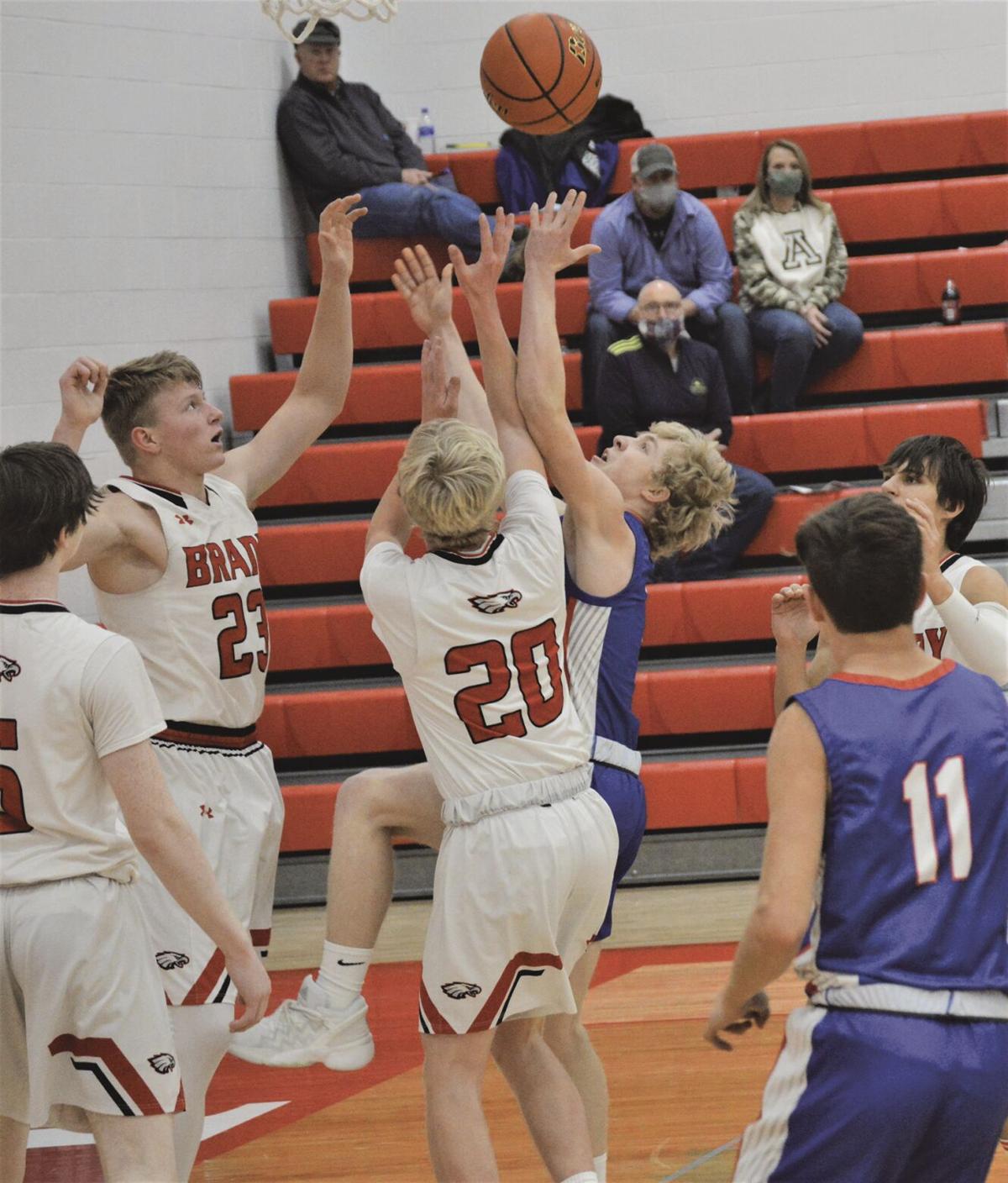 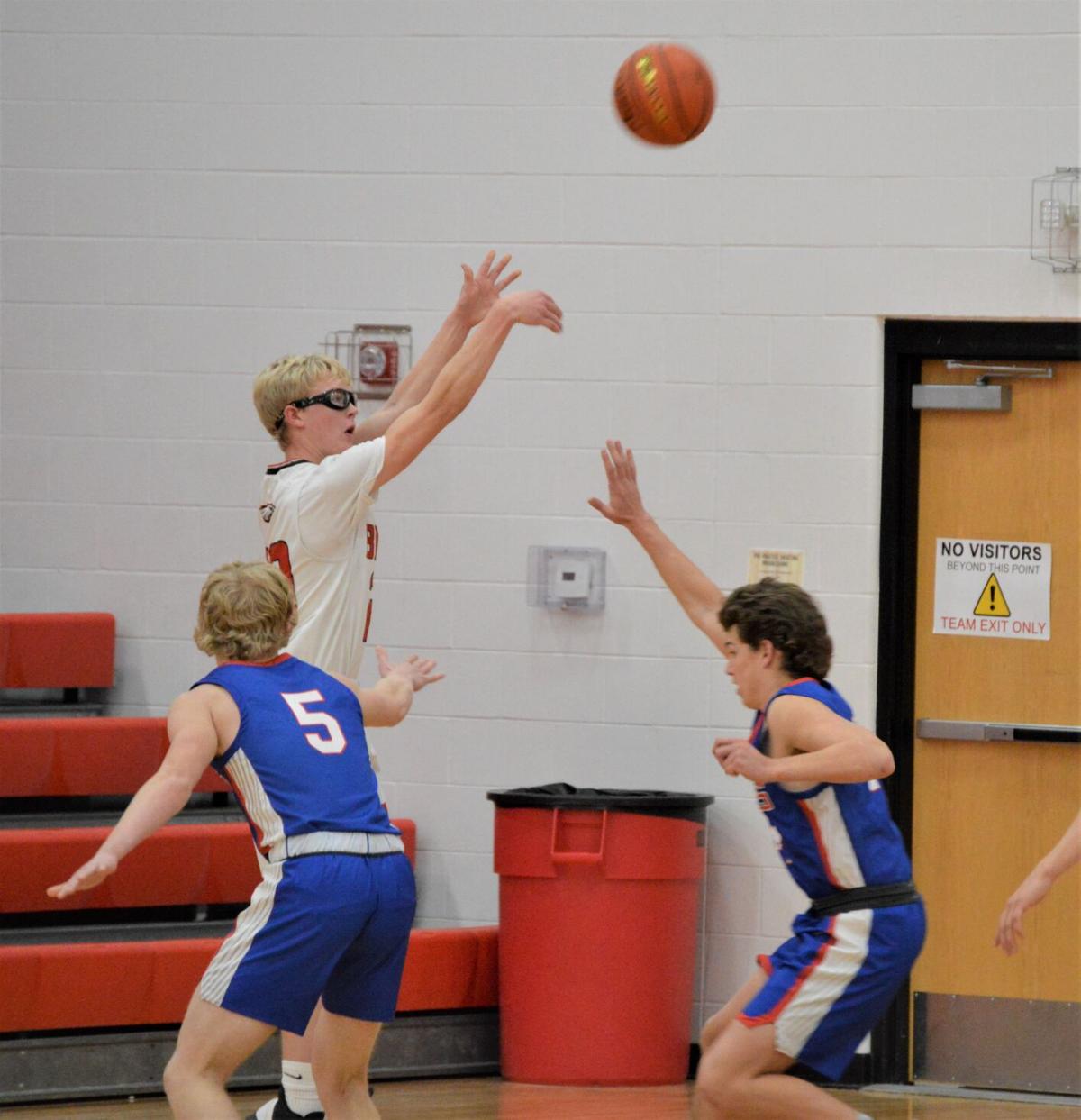 Cooper Franzen sinks a three against Arthur County. The Eagles played a fast game and came away with the win.

Cooper Franzen sinks a three against Arthur County. The Eagles played a fast game and came away with the win.

Persistence pays off! The Eagle boys’ basketball team is a testament to that as they continue to build their skills and discipline week after week. Last Friday, the Eagles traveled to Mullen to face the Broncos on their home Court.

“Mullen is, by far, the best team in the conference,” said Coach Blecha, “They are athletic, they run the floor, they’re well coached, disciplined. It was a good test for us.”

The Broncos showed their prowess throughout the game, opting for a full court press to challenge the Eagle offense, a known stumbling block for the Eagles this year. Brady made some adjustments in the first half and had some success breaking through, utilizing skills they had been practicing on the past few weeks.

In the second half, Mullen adjusted as well, and were able to keep the Eagles in check, running up the score to win 67-28 by the final buzzer. Shane Most was the point leader for Eagles with 10, followed closely by Rylie Shirk with eight.

On Saturday, the contest between the Arthur County Wolves and the Eagles tipped off following the girls’ game. The Eagles were able to apply some of the lessons from past contests to clinch the win against the Wolves, 57-40. Coach Blecha was pleased with the changes he saw during the game.

“We were really able to use the lessons we learned from Mullen and other games to have success in a lot of areas,” he commented. “They tried to press us in the second quarter, but we responded professionally. We made the changes we needed to make, and they had to back off of us, so that was great to see. We made huge improvements in jumping to the ball, being physical under the hoop, being disciplined, and keeping the pace up.”

Cooper Franzen had a standout game, racking up 14 points in the Eagles’ effort. Blecha pointed out that Franzen really played defense with a purpose this game, which contributed to his confidence on offense as well. Most again led the scoring with 16, and was strong under the hoop, leading the team in blocks. Dillon Miller also contributed 13 points to help push the Eagles to victory.

After a Jan. 12 matchup against the Overton Eagles, the Brady boys will head to Arnold to face the South Loup Bobcats on Saturday, Jan. 16. Check the Brady Public Schools Facebook page for up-to-date spectator restrictions and live streaming information. Go Eagles!