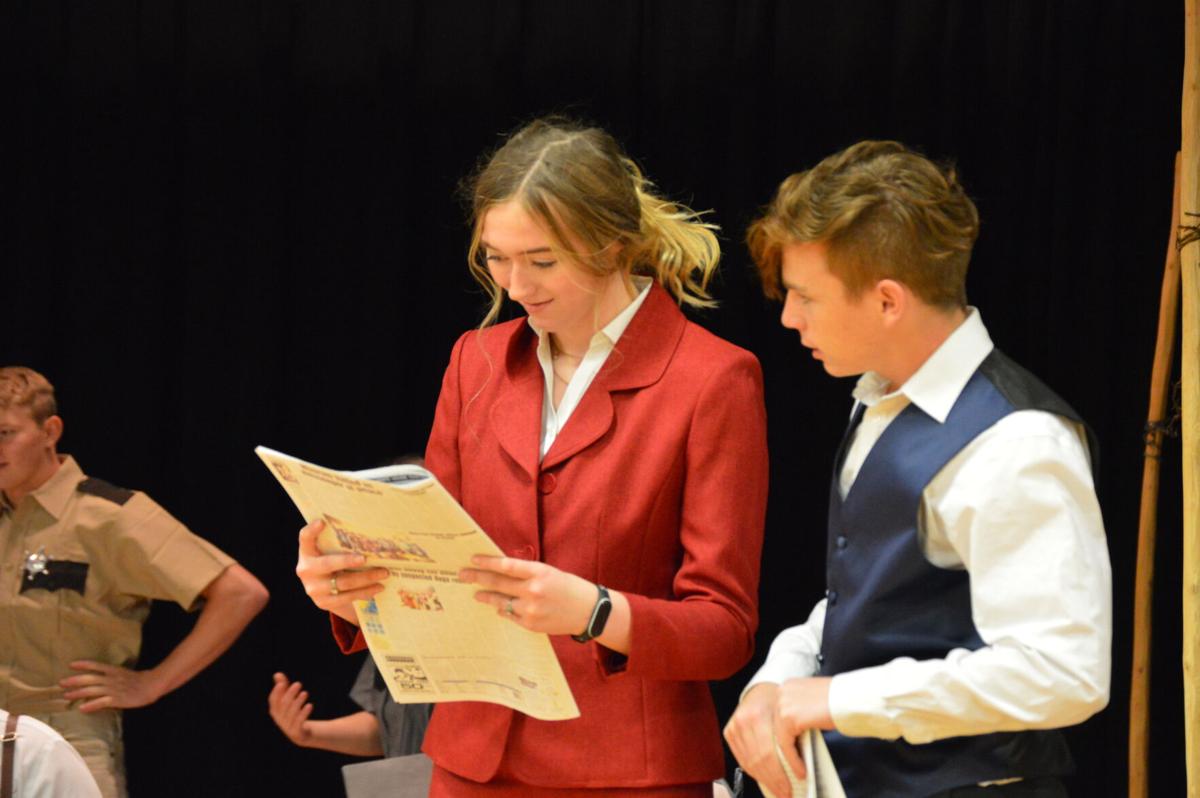 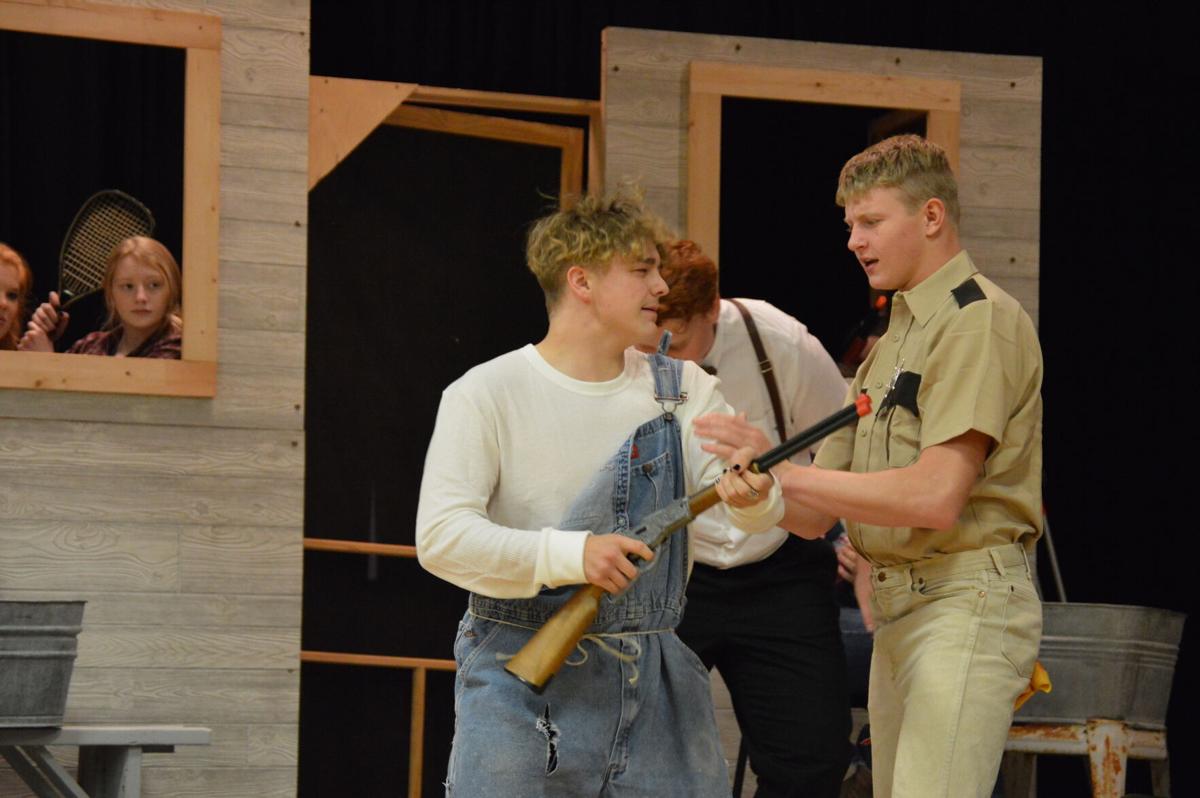 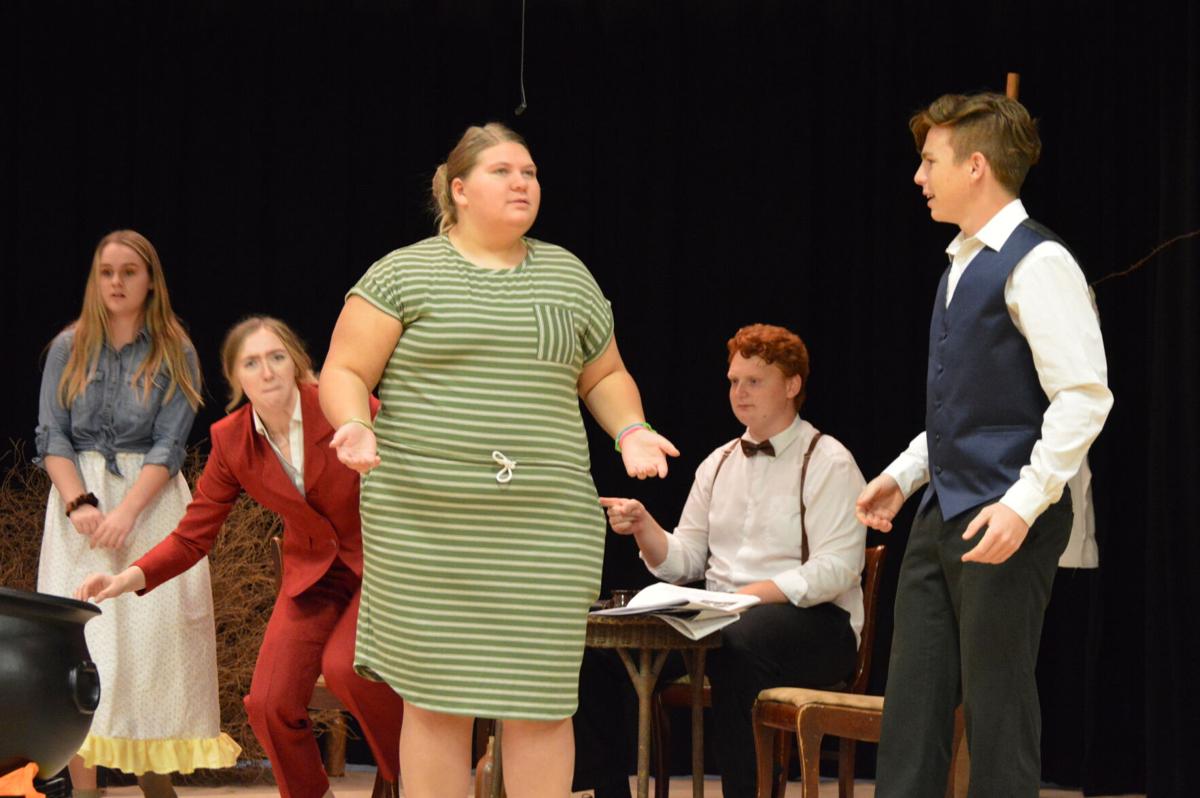 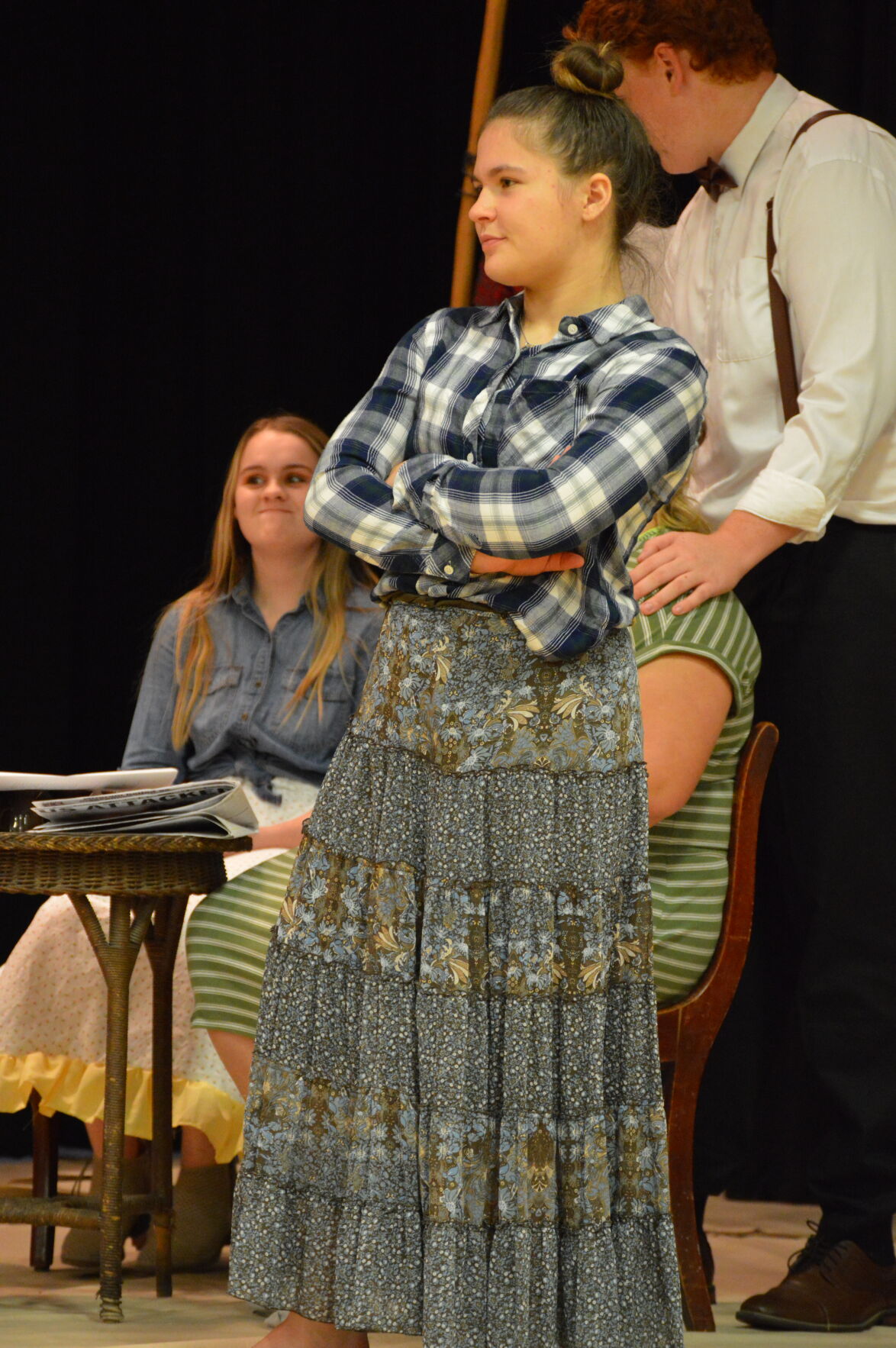 The Brady One Act Play team traveled to North Platte last Friday, Nov. 13 to perform in their first competition of the year. They competed against five other schools, including South Platte, Southern Valley, Maxwell, North Platte, and Grand Island-Northwest. North Platte, earning the top score from the judges, recused themselves as host school, and the Brady Eagles advanced to the winning slot.

“Our goal was to get in the top three,” director Tonja Shaw said. “We had a couple missed lines and a missed sound effect, but it wasn’t really something that we thought anyone else could have noticed. The kids covered for the mistakes, and just performed very well! Overall, I knew they did a great job, even before the placings came back.”

For a cast that featured quite a few “newbies” in prominent roles, the results couldn’t have been more pleasing for both Shaw and assistant director Jennifer Most. In addition to earning first place as a team, they also had nine Outstanding Actor awards, earned by Triston Stearns, Kyler Horn, Sofia Atkins, Gabbrielle Christner, Haylie Donner, Carra Terry, Shane Most, Aidan Mullen and Falon Hatch. Abby Jurjens received Overall Best Actress in the entire competition, an honor that Shaw expected due to her experience and fantastic performance that day.

“The judges just had a lot of positive things to say, so that was good. They had a few suggestions for us, as well, so we are polishing those things up before the Conference competition on Tuesday,” Shaw commented.

There were some personnel challenges that made the win all the more difficult to accomplish, and Shaw really gives kudos to those students that stepped up into an unfamiliar role and pulled it off. Levi Jurjens filled in for Chas Wee, who couldn’t perform on Friday, and Jurjens had only practiced in Wee’s deputy role one time before the competition. He did a fantastic job, and fit right into the group, according to Shaw.

Another actor who had a role change this week was Falon Hatch, who ended up with an acting award for her efforts as Elvira Framingham, taking over as the head of the Framingham family after fellow actor Joel Miller got stuck in quarantine.

“Our returning experienced actors really carried the day, but everyone did a fantastic job. We had several first-time actors who got an award, like Sofia and Gabbrielle,” Shaw was quick to point out. “I do just have to give a shout-out to Falon Hatch, who has filled in for a couple of different people as we’ve been preparing the last couple of weeks. She is always willing to step up and do whatever we need her to do, and she does a fantastic job wherever she’s at. I really appreciate her willingness to help out, and she’s never done One Acts before!”

The Eagles competed at MNAC One Acts at Callaway Nov. 17, so be sure to check for their results on the Brady Public School Facebook page. A hometown performance is planned for this Friday at the school, starting at 7 p.m. Due to the current DHMs in place, spectators are limited to 5 people per student performing, and each student will have those tickets to hand out to family and friends for the Nov. 20 event.

On Dec. 2, the thespians will perform in the District contest at Callaway, slated for a 9 a.m. start. Spectators will be limited to household family members of the students competing only.