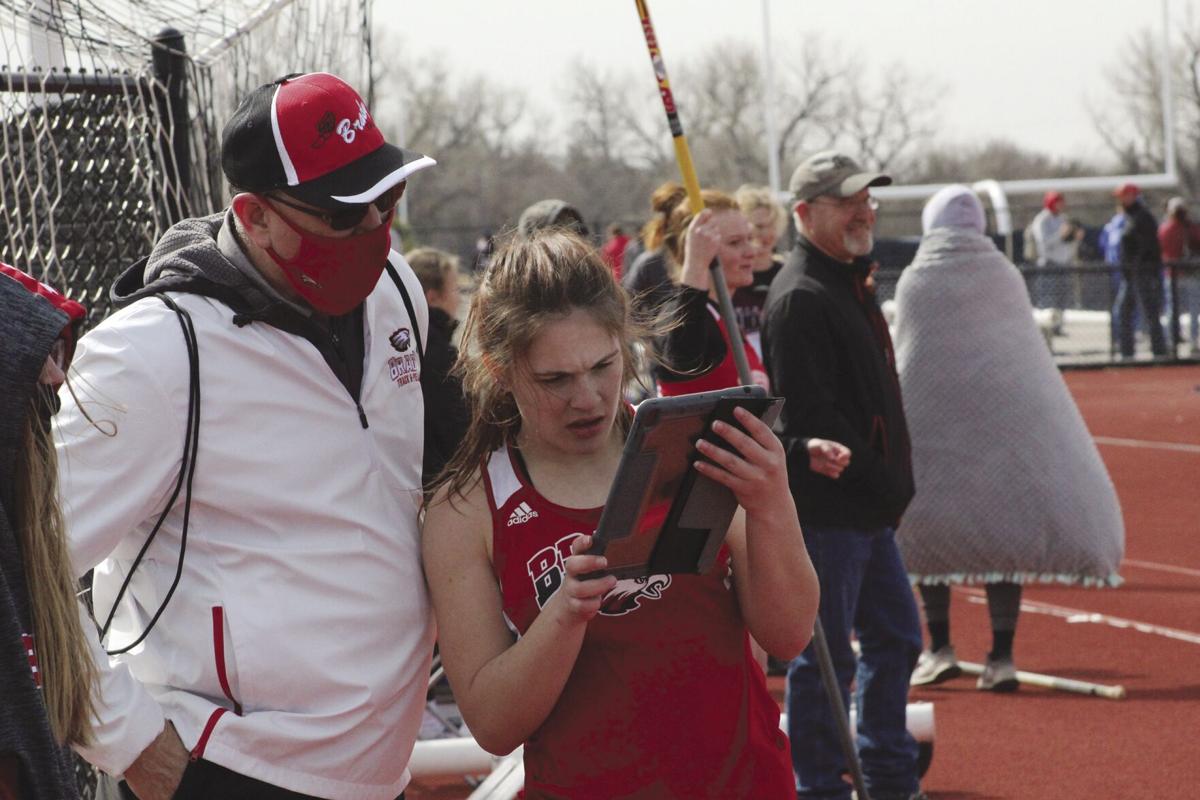 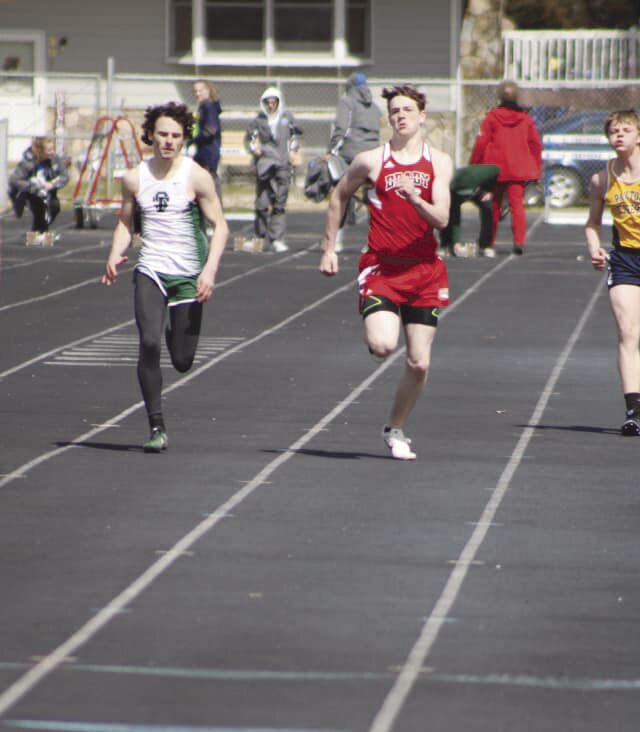 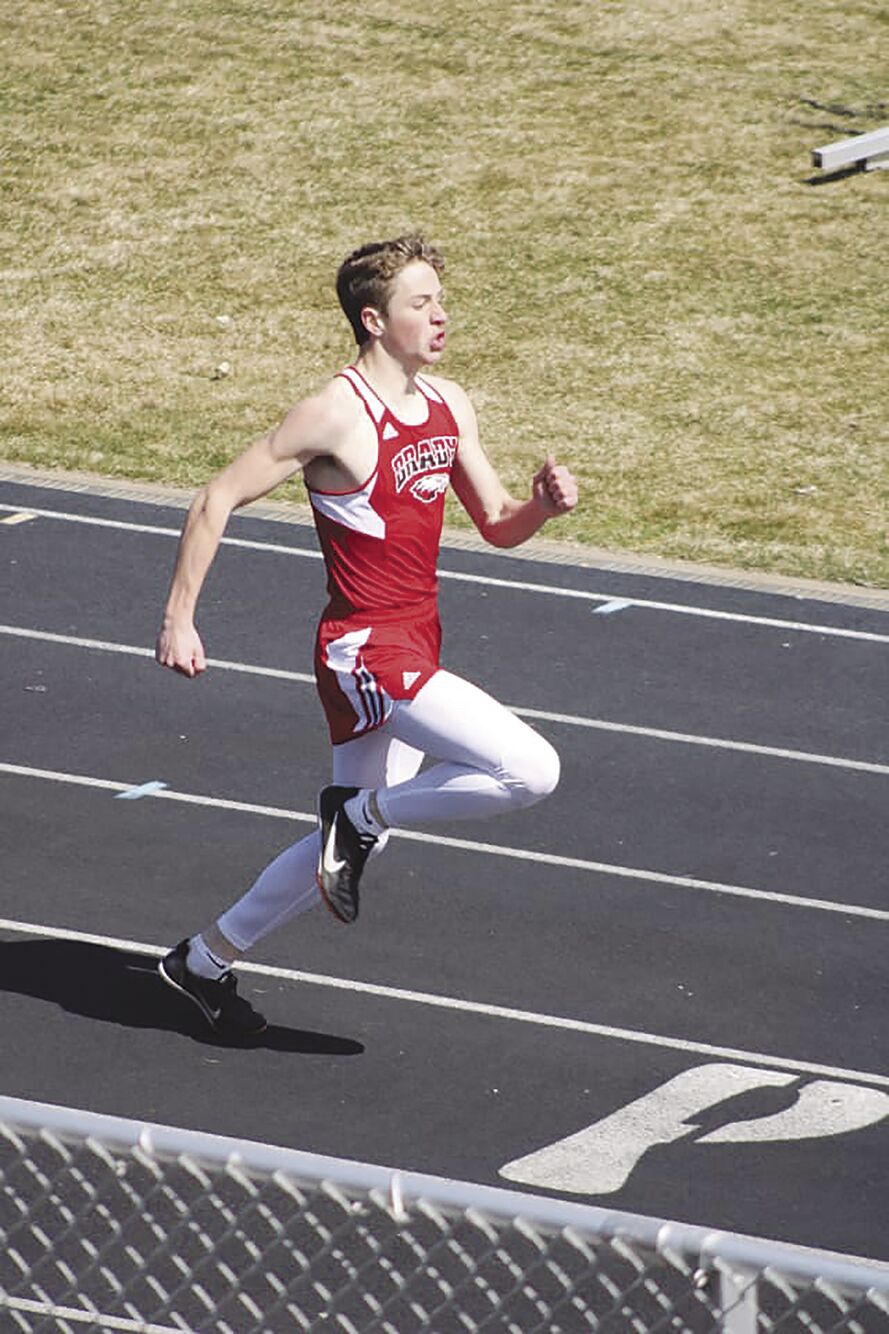 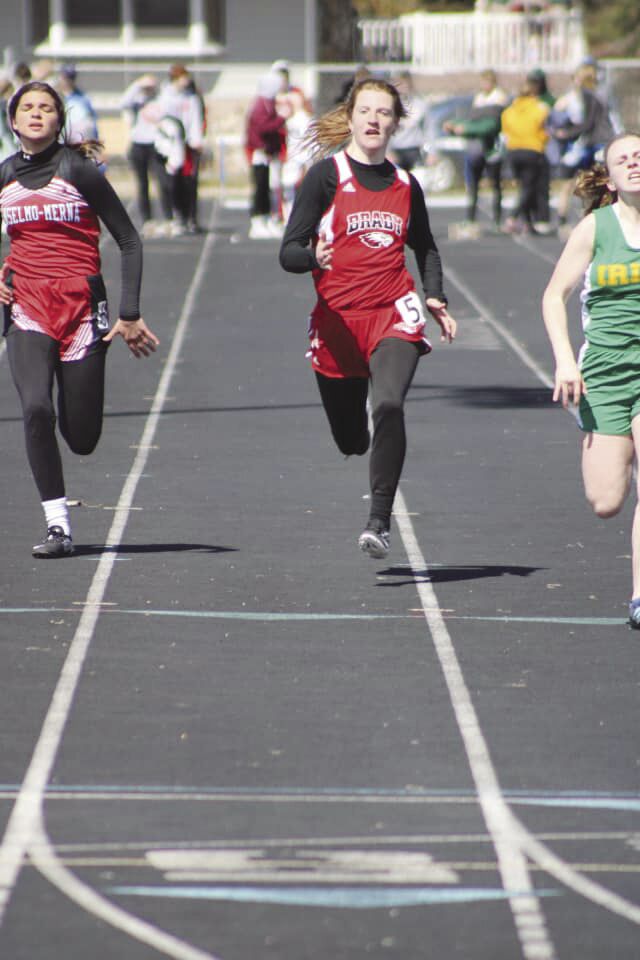 The Eagle track team took to the road this past week, taking on the Pleasanton Dick O’Neill Invitational at Kearney High School on April 1.

Brady’s athletes had a balanced attack, competing well in each event and bringing home some hardware from the meet that boasted more than 10 schools in competition.

“We had some really good efforts and improvements by a few,” said Eagle track coach Rich Britten.

On the girls’ side, Falon Hatch had her best effort ever in the shot put, posting a new personal best of 31’ 2”. Abby Jurjens improved her marks in the pole vault and 100 meter high hurdles, and Sierra Carr shaved some time off her 100 meter and 200 meter races.

For the boys, Hunter Lovitt posted times that gained him third place finishes in both the 110 meter high hurdles and the 300 meter low hurdles. Dillon Miller took third in the 100 meter and crossed the line first in the 200 meter run. Blake Lusk nabbed third place honors in the 200 meters and showed improvement in his 400 meter time. In the field events, Shane Most posted a personal best in the high jump, clearing the 5’9” mark.

Britten said that while his girls’ squad knows they are working toward the district meet at the end of the season, they were pleased with the effort they showed and are looking forward to future competition.

“They are happy with how they finished, but they know they need to improve as we move forward this season,” he said.

The Eagle boys’ team, although young, are also committed to improving as the season progresses.

“Some of the boys have natural ability, so all we can do is help them to improve through training and the weight room,” Britten said. “They are still young so we hope to see improvement.”

The Eagles are preparing for the Arnold Invitational on April 9, another meet with strong teams that will challenge the young Brady teams.

“We will be working to condition so we can finish races better,” Britten said. “We are just hoping to get to compete someday with good weather and no wind.”

Sierra Carr and Blake Lusk are the focus of the Eagle athlete spotlight this week.

Carr, a sophomore, competes for the Eagles in the 100 meters, 200 meters and the long jump.

She is a competitor that despite having no freshman track season has shown commitment and dedication in competing at a high level on the varsity squad.

“It was hard missing all of last year,” coach Britten said. “Sierra works hard and has a great work ethic.”

This past week at the Dick O’Neill Invitational in Kearney, Carr placed seventh in the 100 meters and fourth in the 200 meters.

While she did not place in the long jump, her effort did not go unnoticed as she continues to improve week to week.

She also is a member of the Lady Eagles’ 4x100 meter relay.

Lusk, also a sophomore, has had a good impact on the long sprints for the Eagles this season. He placed third in the 200 meters and seventh in the 400 meters at the Dick O’Neill Invitational and is a member of the 4x100 meter relay team.

“Blake doesn’t complain,” coach Britten said of Lusk. “He also works hard and motivates his teammates with his effort each week.”

Britten said that both Carr and Lusk are showing improvement, which is the goal of the Eagles each week in competition.

The Eagles take to the track at the Arnold Invitational at 10 a.m. at Arnold High School.