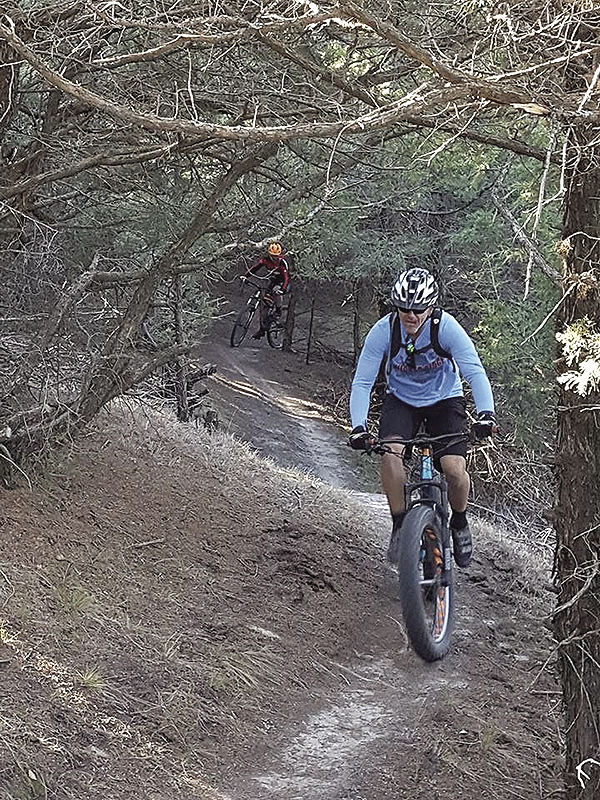 A pair of cyclists follow the twists and turns of one of the extensive trails in the Potter’s Pasture system. 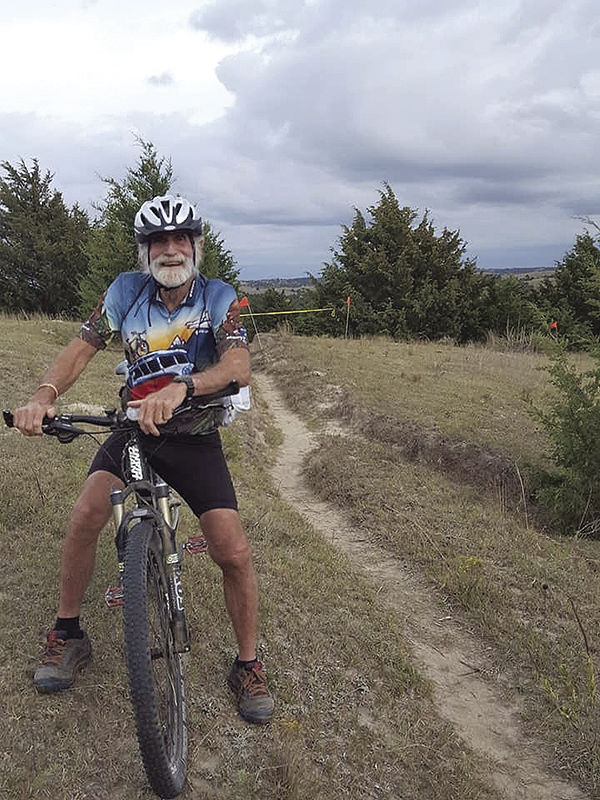 Steve Potter, pictured above, loved biking on the trails he created, but he also loved to see other people enjoying the land as well. He considered himself a steward of the land, not an owner: a caretaker that would soon pass the torch to those who came after.

A pair of cyclists follow the twists and turns of one of the extensive trails in the Potter’s Pasture system.

Steve Potter, pictured above, loved biking on the trails he created, but he also loved to see other people enjoying the land as well. He considered himself a steward of the land, not an owner: a caretaker that would soon pass the torch to those who came after.

One man’s ardor for cycling and outdoor activities led him to create an indelible legacy for not only area residents, but also recreation enthusiasts across the country. A little over 20 years ago, Steve Potter purchased a sprawling piece of land south of Brady near Jeffrey Lake as a venue for his cycling hobby. But he always knew he didn’t want to keep it to himself. Gathering a group of friends and family, Potter began work on the undeveloped land to craft his vision.

Senator Matt Williams, a close friend and fellow cycling fan, witnessed Potter’s passion firsthand. “It started with just learning the topography of the pasture itself, seeing where the cows had made cow trails, because those turned into great biking trails. Over a period of time, just building one or two trails a year, we now have many trails, a little over 30 miles of trails at this time,” Williams shared.

Potter’s Pasture, with its varied experience levels, currently ranks #4 in Nebraska mountain biking trails. Newcomers, expecting flat, grassy plains, often remark how surprised they are to find the ground so challenging. Easy, grassy meadow loop runs, difficult technical trails abounding with twists, turns, climbs and chutes, and everything in between can be found in this hidden gem. There really is a trail for everyone, and it would take days of solid riding to explore it all. The upkeep is taken on by volunteers, including Williams, who helps clear trails of trees and debris, as well as mowing several times a year. That’s a big job: the pasture covers more than 1200 acres of hilly, tree filled land.

“This summer, probably due to the COVID situation this spring, there has been more usage than maybe ever before. We did have a camp host that stayed out there all the time earlier this spring and summer, who talked to and saw people from lots of places, but we really don’t have anyone sign in. It’s all free to use, unless they want to leave some kind of a donation. There are two camps, Old Camp and New Camp, and maps provided outlining the trails.” Visitors have followed the two lane highways and gravel roads that lead to the bikers’ paradise from all over the world, including a couple from New Zealand who participated in one of the fun runs.

In the past, Potter’s Pasture has hosted a 5K Campfire Run in the fall and also a combination cycling and running event, but those have been disrupted a bit by COVID-19. No concrete plans have been made for this year, but if it’s possible, you can bet that loyal runners and bikers will flood in to participate again. Steve Potter tragically passed away in 2019, but Williams loves that his friend’s altruistic perspective lives on.

“There is some competition that is involved, but it’s really more the social aspect of just gathering and enjoying being at the pasture. That’s something that Steve really wanted to encourage, so that people would have a chance to be outdoors and enjoy this. He structured the ownership of it so that Potter’s Pasture can continue in it’s form, even though he’s not here to help any more. We’re really pleased that he had the foresight to do that,” said Williams.

Following Potter’s untimely passing, the pasture was handed off to trustee, Luke Rickertson, who plans to continue to maintain and allow access to the popular site for years to come. The trust rents out the pasture to a local rancher, who keeps cattle there for part of the year, although that doesn’t slow down the recreationists. Part of the unique draw of this cycling haven is that wild west feel. It’s not uncommon to pass a cow calmly chewing her cud as you fly by the trails, or hike up through the trees. Most people who come to try their luck on the steep climbs and sometimes 20 foot deep cutouts don’t leave without vowing to come back and ride again.

Williams, I think, summed it up best. “We’re all indebted to Steve for having the vision to do this, the will to do it, and encouraging us to become cyclists and enjoy what he created.”

And I’m certain that Steve Potter is grinning from ear to ear as he looks down on his vision that continues to be realized.