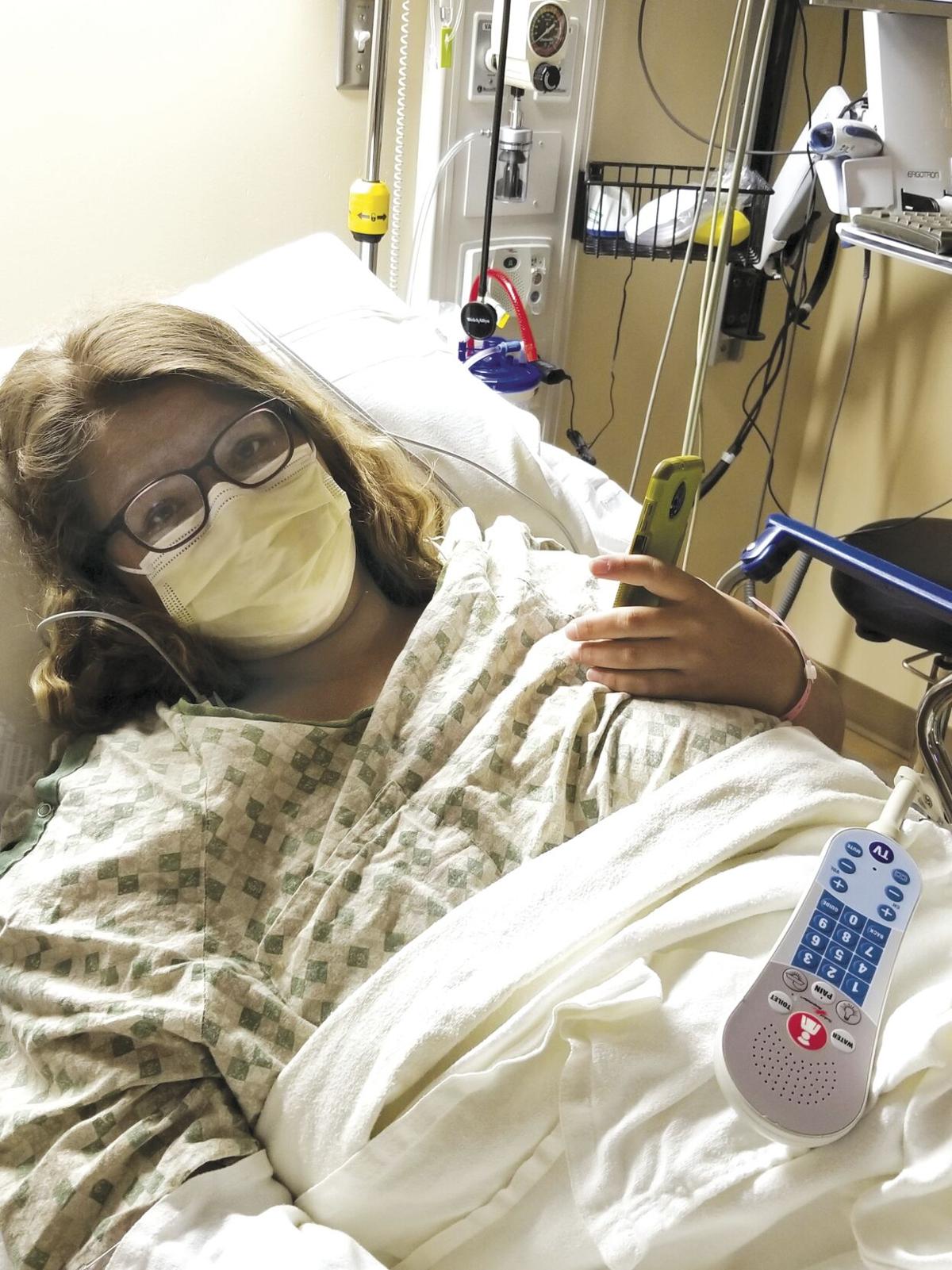 A 2018 graduate of Brady High School, Lexi Simants, experiences the highs and lows of a recent kidney transplant. 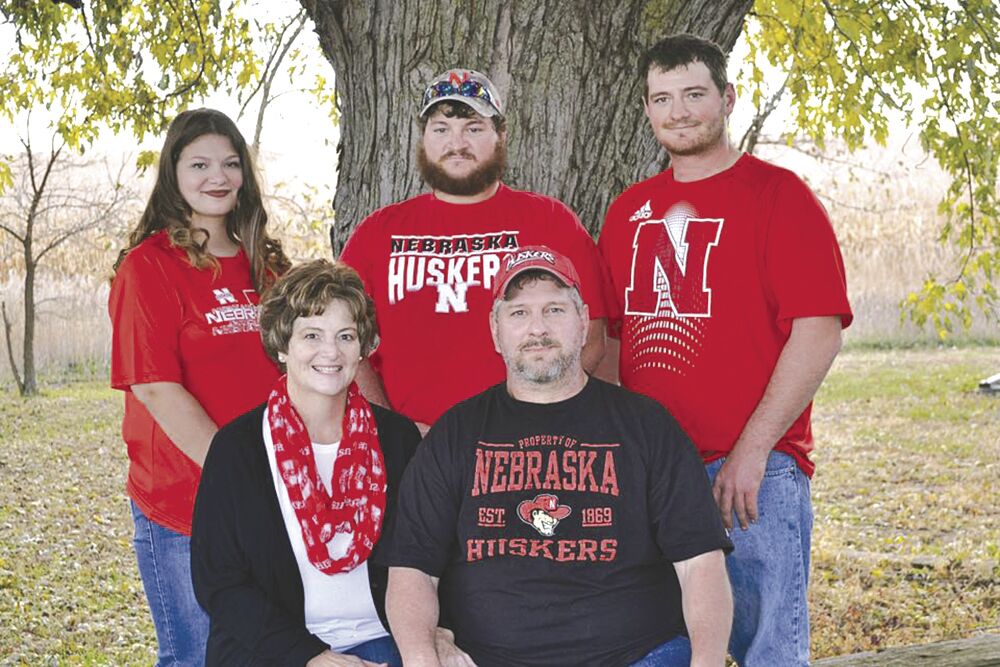 Lexi Simants (back left), pictured here with her brothers Jeff and Dalton, and parents Scott and Becky. A rock solid support system has helped carry Lexi through the many trials she’s already faced.

A 2018 graduate of Brady High School, Lexi Simants, experiences the highs and lows of a recent kidney transplant.

Lexi Simants (back left), pictured here with her brothers Jeff and Dalton, and parents Scott and Becky. A rock solid support system has helped carry Lexi through the many trials she’s already faced.

There is a lot of excitement surrounding a 21st birthday. Traditionally it’s a time for celebrating a person’s official move to adulthood, and all the freedoms that entails. For Brady alum Lexi Simants, though, it will forever be a bittersweet memory, tied to the ordeal of her second kidney transplant.

Lexi’s story actually begins much earlier. A plethora of health concerns as a toddler led her parents, Becky and Scott, to start looking for some answers. Those were in short supply, as they shuffled from one doctor to the next, finally ending up with a specialist in Denver they were comfortable with. The diagnosis was grim. Lexi’s kidneys did not function normally, and no one knew why. Typically, kidney disease is genetic, but her family’s history came up empty. No previous kidney disease of any kind. Regardless of the cause, which is still unknown, the treatment was the same. Lexi would eventually require a kidney transplant.

Lexi’s kidneys slowly declined, and in 2011, she was officially put on the transplant list. A lot of factors go into how they rank you on the list, and Lexi’s youth was one of the things that worked in her favor. After just a three month wait, a match came up. Originally, the family rejoiced, but there were more trials in store. Over the next nine years, Lexi’s body suffered through five rejections, each one scarring her new kidney more. During this time, she also began to have other health issues, including degenerating sight.

Keep in mind, while all this is happening health-wise with Lexi, she is going to school, participating in activities, competing on the local trap team, and maintaining her positive attitude throughout. Most people in casual contact with her or her family would never know the life-threatening journey she is on. Lexi’s mom is not only her biggest cheerleader, but also stands in awe of how she handles the punches that just keep coming. “She’s not bitter about it. That’s the miraculous thing. Because she could be!”, Becky shared. “She never wanted to be treated differently, never wanted to be the center of attention. She just wanted a normal life.”

Unfortunately, Lexi has never known the peace of a ‘normal’ life. As she continued through high school, graduating and continuing on to college, her health declined further. She was working her way through a Veterinary Assistant degree while simultaneously administering dialysis to herself for nine and a half hours every night to bolster her failing kidney. She was listed again on the transplant list in July 2019, but her doctors warned her that it might be a long wait. They estimated it would take two to three years for a good match.

Luckily, the wait was actually much shorter, and the call came Aug. 18 of this year that she was the backup for a kidney that matched her profile. The first donor ended up taking that kidney, but in another miracle, a second kidney came in the very next day, this one an even better match for Lexi. The Simants family was on the road to Denver the same day, arriving on Friday, Aug. 21 for her surgery. Becky remembers being cautiously optimistic and so thankful for the support they’ve received during Lexi’s journey. “We could never have gotten through everything we’ve been through without the power of prayer. We have so many people over the years who have lifted us up and continue to lift us up.”

After a successful transplant, Lexi was wheeled back into her room to begin the long road to recovery. Roughly one and a half hours later, an ultrasound showed a problem, and Lexi made her second trip to the operating table. The kidney had shifted from its original position, causing a kink in a vein that needed repair. That fixed, the family began the wait for the kidney to begin functioning. Typically, a grafted kidney takes three to five days to wake up due to the stress of surgery. A week went by, and the realities of dealing with surgery during Covid-19 took its toll. “Typically, Scott and I are both able to be with Lexi whenever she’s been in the hospital. This time, only one of us can be there during a 24 hour period, so the other  stays with extended family, or waits outside the hospital. It’s so hard. We don’t know what’s going on, and the communication with the nurses and doctors is not great,” Becky shared. “The absolute toughest thing about this is not being able to be there together as a family.”

A week after the surgery, and just two days after Lexi’s 21st birthday, the post-op pain had intensified to unbearable levels. Lexi went back under the knife, the third time in a week, and the doctors had no good news this time. A blood clot had formed on the outlet vein of the kidney, allowing blood in, but not back out. The newly transplanted organ was roughly the size of a salad plate, and worse yet, had died. The surgeon had no choice but to remove the failed graft.

This transplant has been a disappointment to say the least, but one bright spot remains. Because the kidney was considered a ‘failed graft’ and not a rejection, Lexi gets to keep her spot on the transplant list going forward. After six weeks of recovery, she will become eligible again when a good match is found. But, after hundreds of thousands of dollars of surgery, continuing pain from unknown causes, and uncertainty surrounding her release from the hospital, it’s hard to be positive. “I’m tired, exhausted, overwhelmed,” Becky said. “Lexi doesn’t say much, but when this kidney failed, she said to me, ‘I’ve never been in this much pain, mom. Why does this stuff keep happening to me?’ What parent has the answer to that?” Becky and Scott continue to lift their daughter up in prayer, stay faithful to the fight, and ask the community to do the same.

A drive thru benefit BBQ pork sandwich dinner will be held:

All proceeds will go to medical and travel expenses for the Simants family.