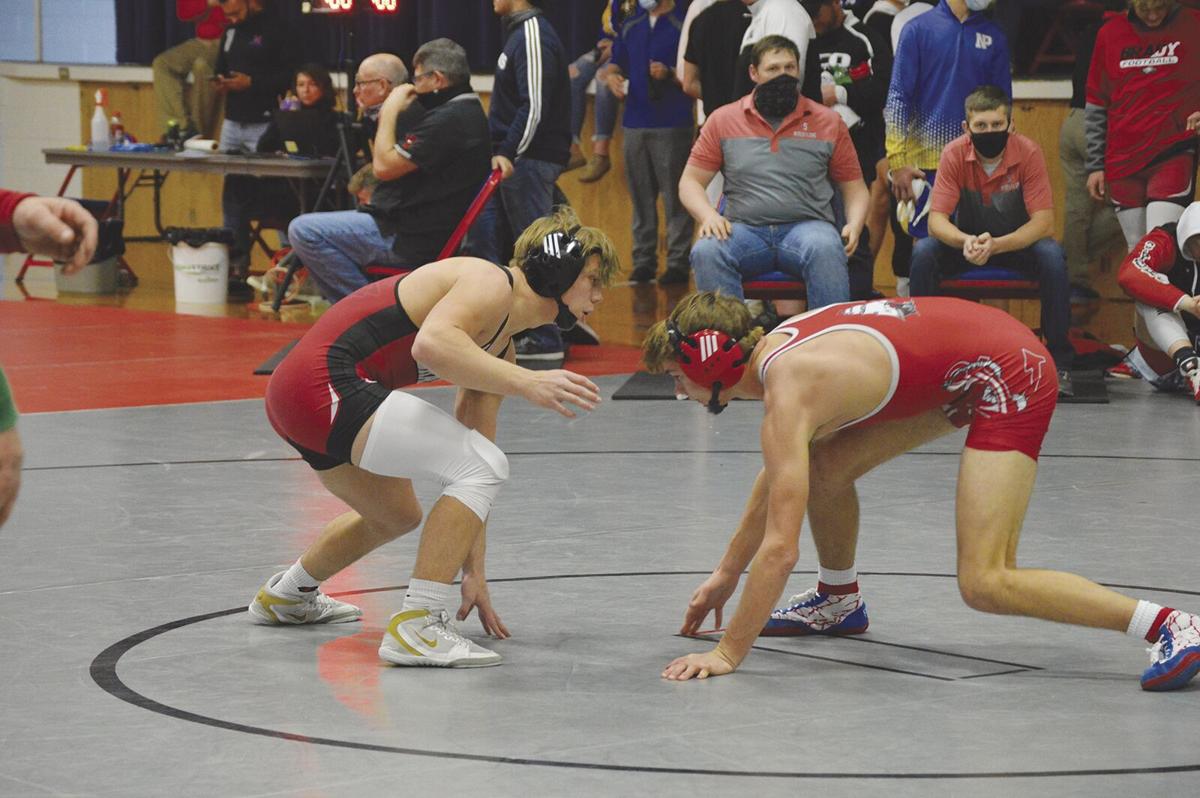 Jeremy Larson advanced uncontested from the District tournament to represent the Brady Eagles at the NSAA State meet in the 132 lb bracket. 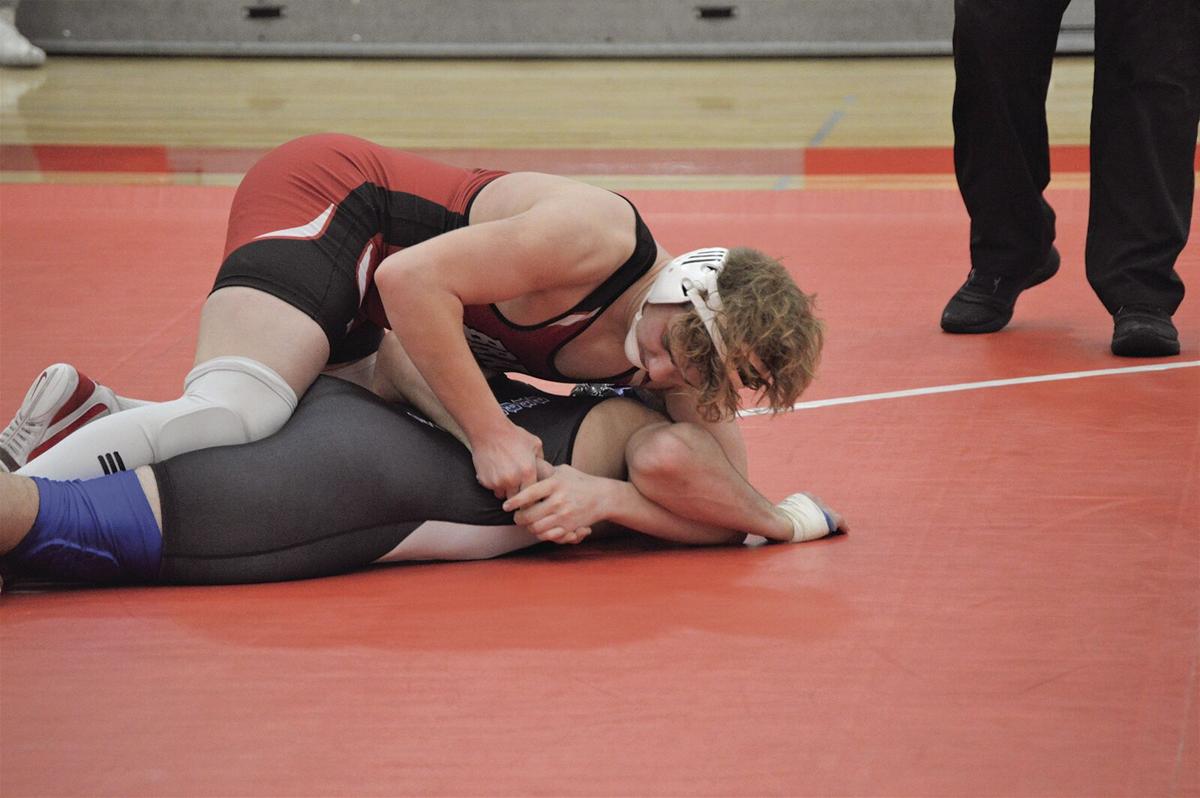 Triston Stearns placed third in the District tournament to advance to the NSAA state meet in the 170 lb bracket. 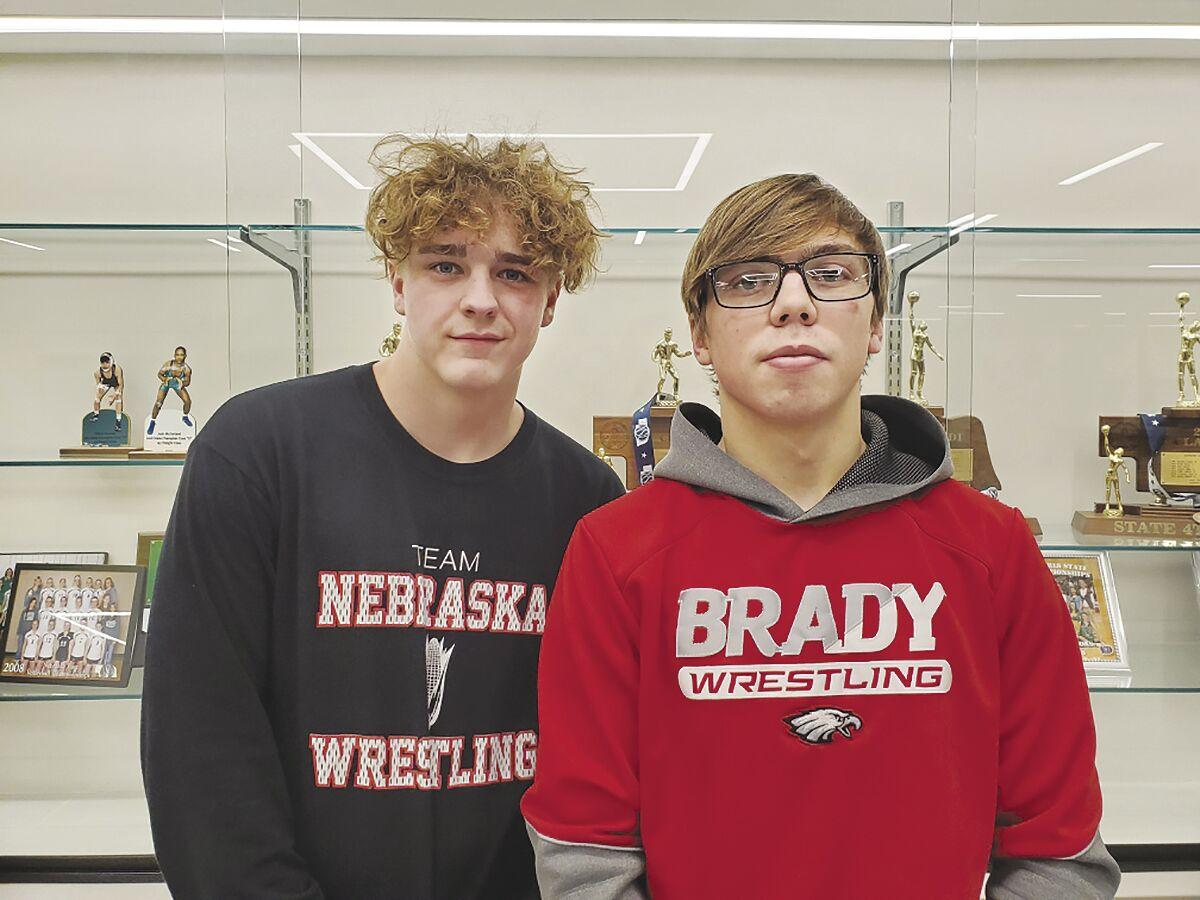 Two Eagle wrestlers, Triston Stearns (left) and Jeremy Larson, will represent Brady at the State tournament on Feb. 17-18. This will be Stearns’ first trip to state, and Larson’s third.

Jeremy Larson advanced uncontested from the District tournament to represent the Brady Eagles at the NSAA State meet in the 132 lb bracket.

Triston Stearns placed third in the District tournament to advance to the NSAA state meet in the 170 lb bracket.

Two Eagle wrestlers, Triston Stearns (left) and Jeremy Larson, will represent Brady at the State tournament on Feb. 17-18. This will be Stearns’ first trip to state, and Larson’s third.

For the third year in a row, Brady will be sending wrestlers on to the state competition in Omaha. Not a bad record for a program that has only existed for five years. Leading the way is Coach Bobby Cahill, and he is excited for the wrestlers headed to state, and for the future of the wrestlers who had to end their season at District.

“Our boys have been working so hard, that I was hoping they could get squeezed in and make it to state,” he commented. “Obviously, two of them did, but the others worked so hard and tried so hard, I can’t be upset with how they performed.”

Those two wrestlers, Jeremy Larson and Triston Stearns, had very different paths to tread to punch their ticket to state.

Larson prepped for tough opponents, but in the end, was disappointed. Arriving at the District tournament with an undefeated senior record, he collected two forfeits and took home first-place, literally without breaking a sweat.

“I have never seen a wrestler get a district championship without wrestling a single match,” said Cahill. “Both of those kids said it was an injury forfeit, but they both wrestled other matches that day. One of them went on to wrestle two more matches after his forfeit to Jeremy. But at the end of the day, we had a goal for Jeremy to be a four-time district champion, and no matter how it ended up, we did achieve that goal. You don’t like to see it go down like that, but it is what it is.”

Stearns’ road to the goal was a little rockier, but he found success at the end of the climb. Following a first-place finish at the Sub-District tournament, Stearns faced some familiar competition at the District meet, with mixed results.

“On paper, Triston’s matches went as planned. He was the third seed in that bracket, and he ended up with third place,” Cahill shared. “I would have like to see his semi-finals match go a little bit different. Hopefully, we end up against the Twin Loup kid at the state tournament, and we can try that one again.”

Overall, though, Coach Cahill was happy with how Stearns has been improving the last few weeks.

“We’ve been working on finishing shots and getting better on his feet. I’m hoping he can carry that over to the state tournament. We’ve got a tough first round at State. But what I’ve learned working with Triston is that if anybody can win those tough matches, it’s him.”

Jeremy and Triston will be wrestling in the Class D session, with rounds one and two scheduled for Wednesday, Feb. 17 from 4-9 p.m. Semi-finals will be held Thursday, Feb. 18 from 1-5 p.m., with championship matches at 7 p.m. To watch the state tournament online, you can purchase a subscription on the NSAA website.

Coach Cahill is looking forward to the challenge.

“They’re ready. They’re working hard, and they are excited about it. Triston’s goal is to come home with a state medal, and Jeremy is looking for a state title. So we just need to go out and make some things happen.”