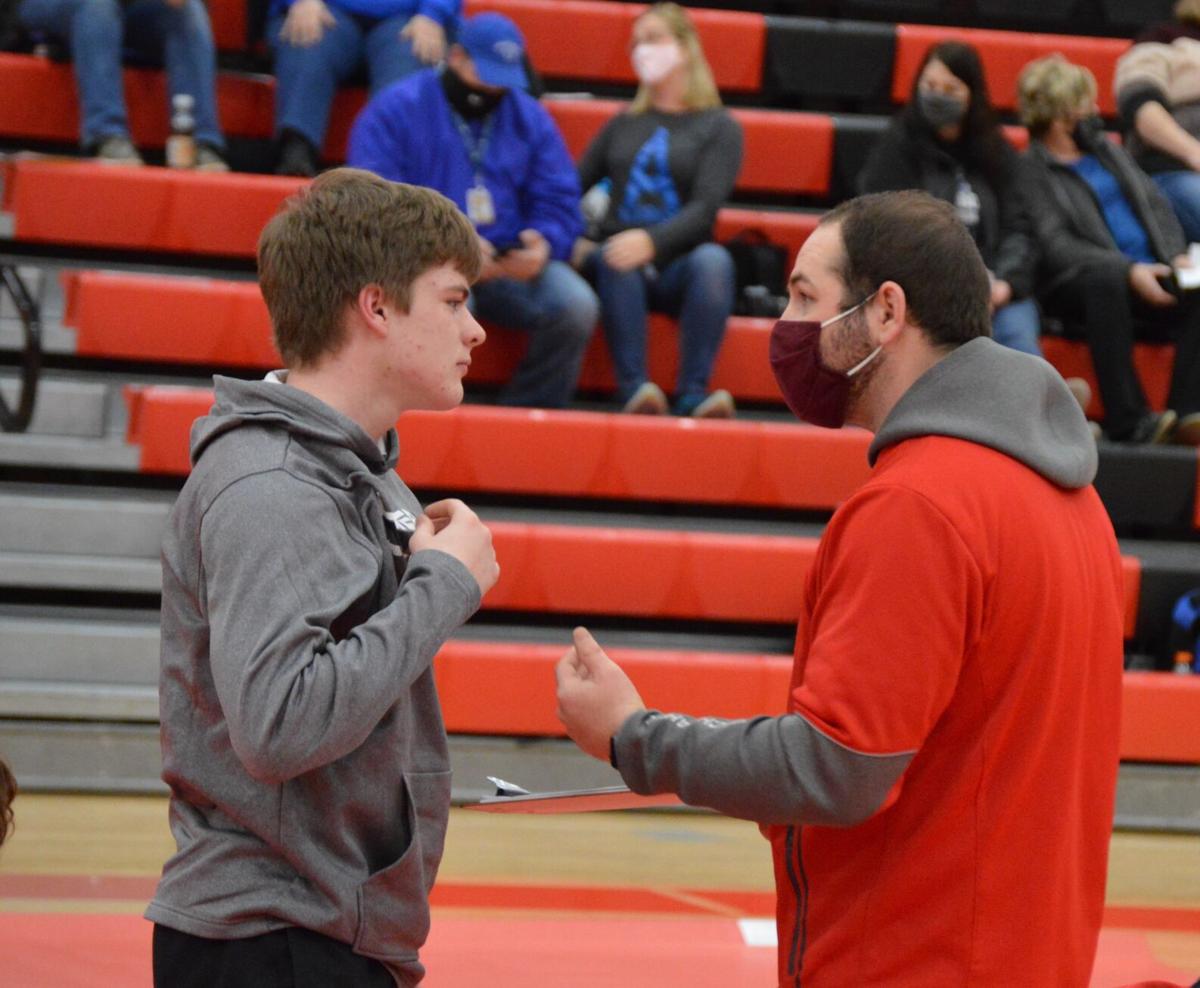 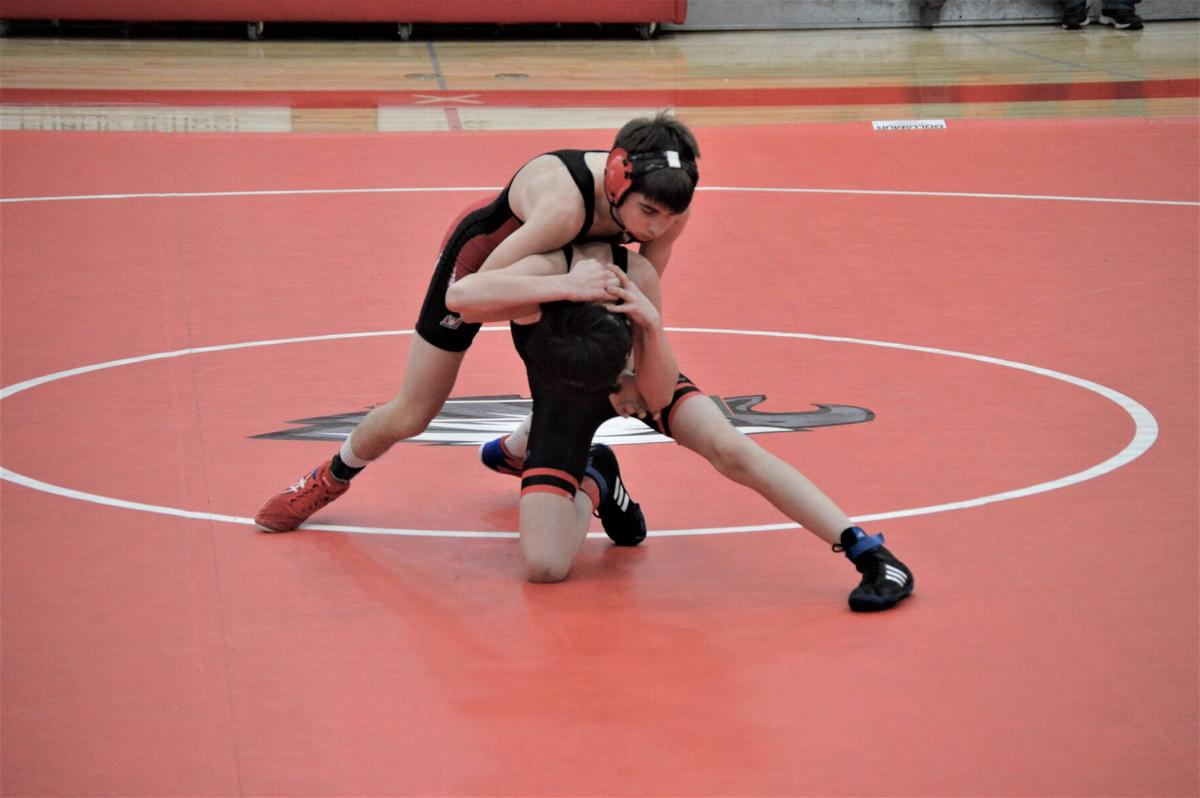 Isaac Shaner takes down Burke (D-T) on the way to a win by fall at the triangular Jan. 7. 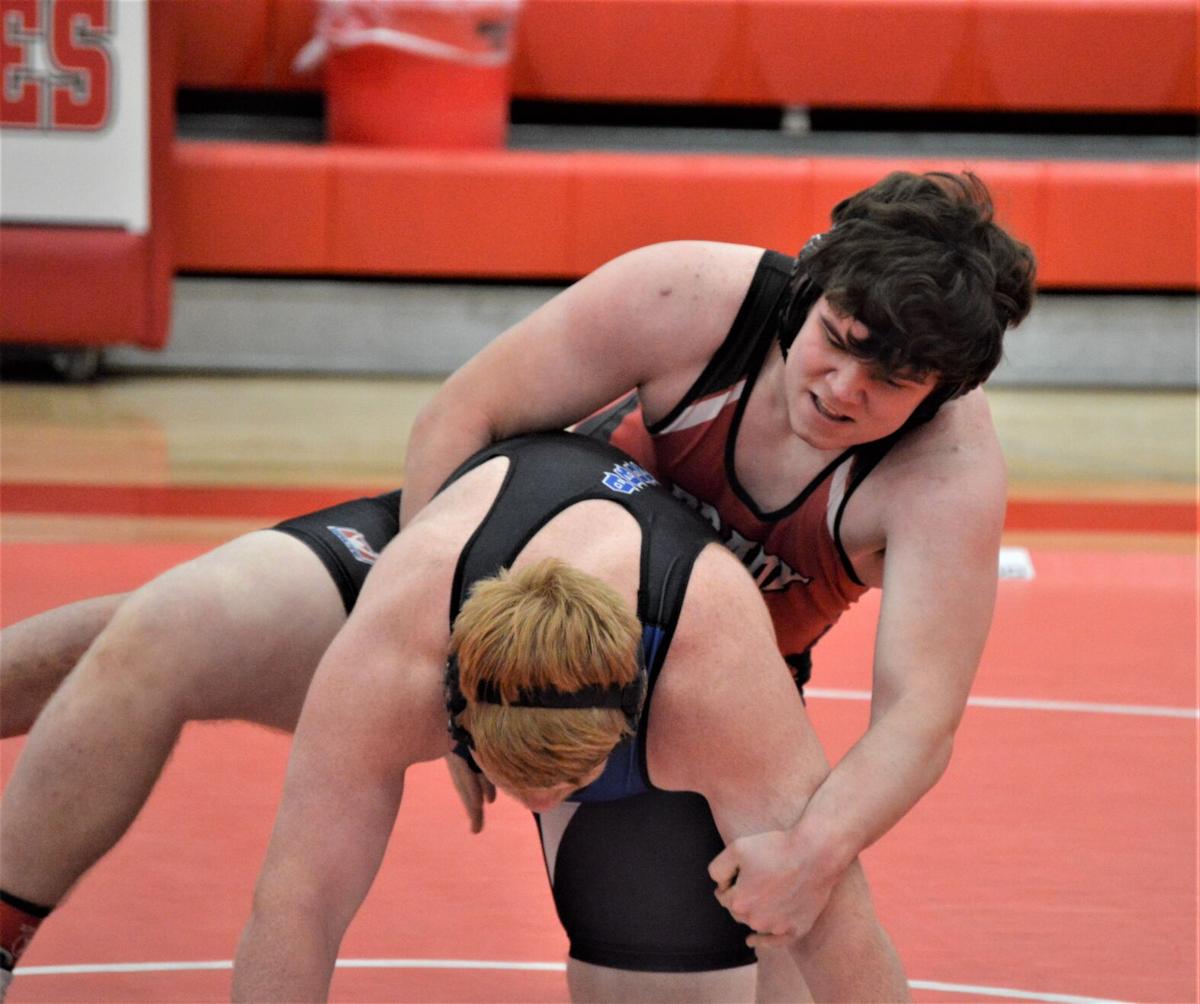 Kaden Dady tries to muscle his Arapahoe opponent to the mat.

Isaac Shaner takes down Burke (D-T) on the way to a win by fall at the triangular Jan. 7.

Kaden Dady tries to muscle his Arapahoe opponent to the mat.

Eagle grapplers faced their toughest week yet in competition. Three events, with two to five bouts each, in four days tested both their resolve and stamina. Cameron Carr and Kaden Dady are still battling injuries, but the team showed up and gave it their level best, showing improvement in takedowns, points, and pins.

The first dual was Brady versus Arapahoe Warriors. Levi Jurjens (160 lb), Cameron Carr (195 lb) and Dale Shaner (106 lb) all received forfeits due to no competitors in their weight class. The Warriors received four forfeits.

On Jan. 7, the Eagles hosted the Perkins County Plainsmen first in the triangular, with Levi Jurjens (160 lbs) receiving a forfeit. Perkins County also received one forfeit.

Final score for the dual was Brady, 30; Doniphan-Trumbull, 12.

The Eagles traveled to Benkelman on Friday, Jan. 8 to complete their run of meets for the week, and several wrestlers found success on the mat. The win/loss record doesn’t always tell the full story, and the Eagles have been steadily improving throughout the season on attacking, scoring points on bottom, and mental toughness. This tournament showcased some of that hard work, with all athletes finishing in the top five, and all garnering at least one win each. The Eagles earned a fifth place finish in overall team standings on the day.

Come and watch the Eagles wrestling club this week at the home triangular against Maxwell and Mullen on Jan. 14 at 6 p.m. Spectators are allowed, but masks and temperature checks are required. On Jan. 15, the Eagles will travel to Sumner for the SEM Tournament, with a start time of 12 p.m. Check Brady Public School’s Facebook page for the spectator and streaming information for that contest. Go Eagles!