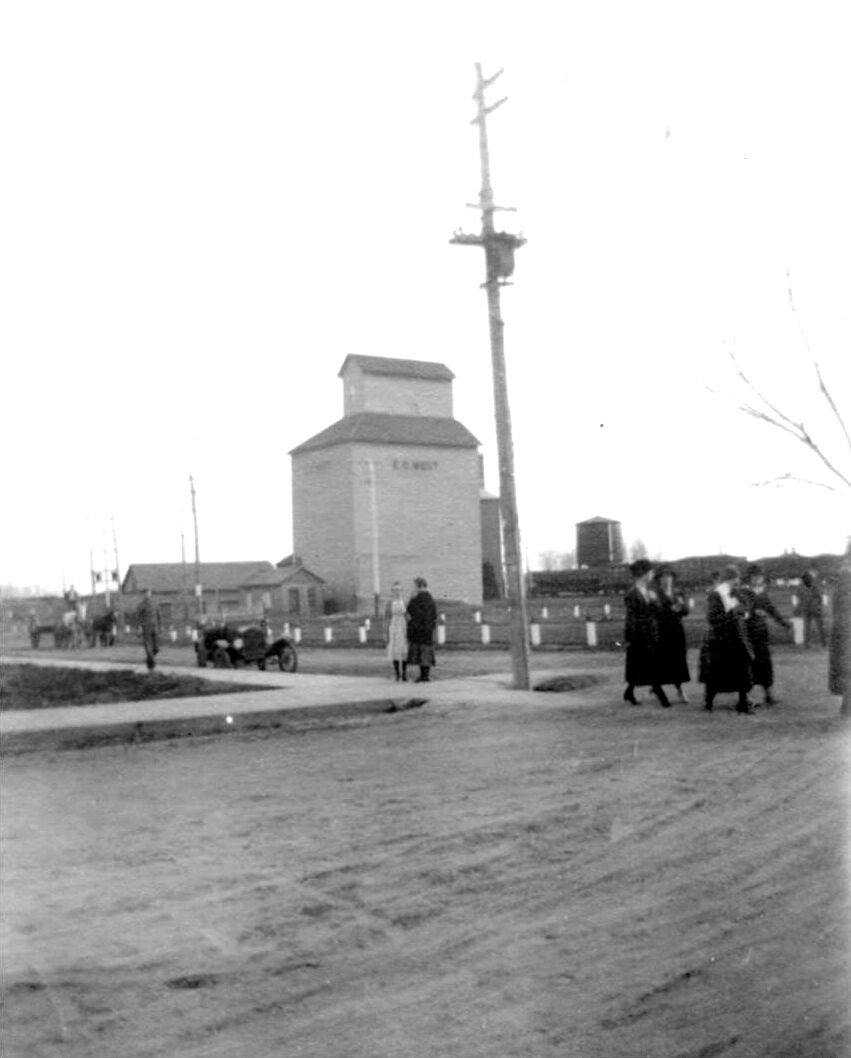 Elevators have always been local landmarks, including this early photo of the E.G. West elevator in Gothenburg. 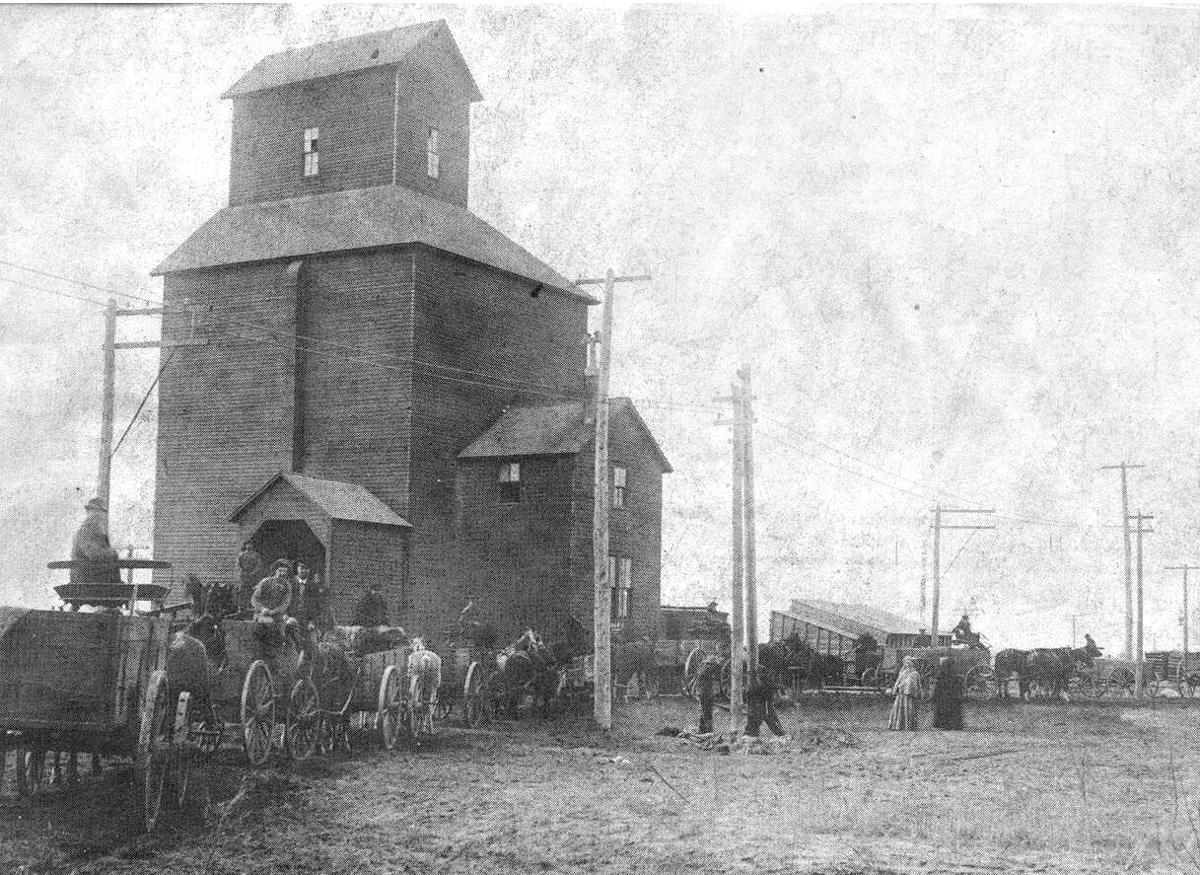 This is a very early scene of wagons in front of the elevator in Gothenburg. 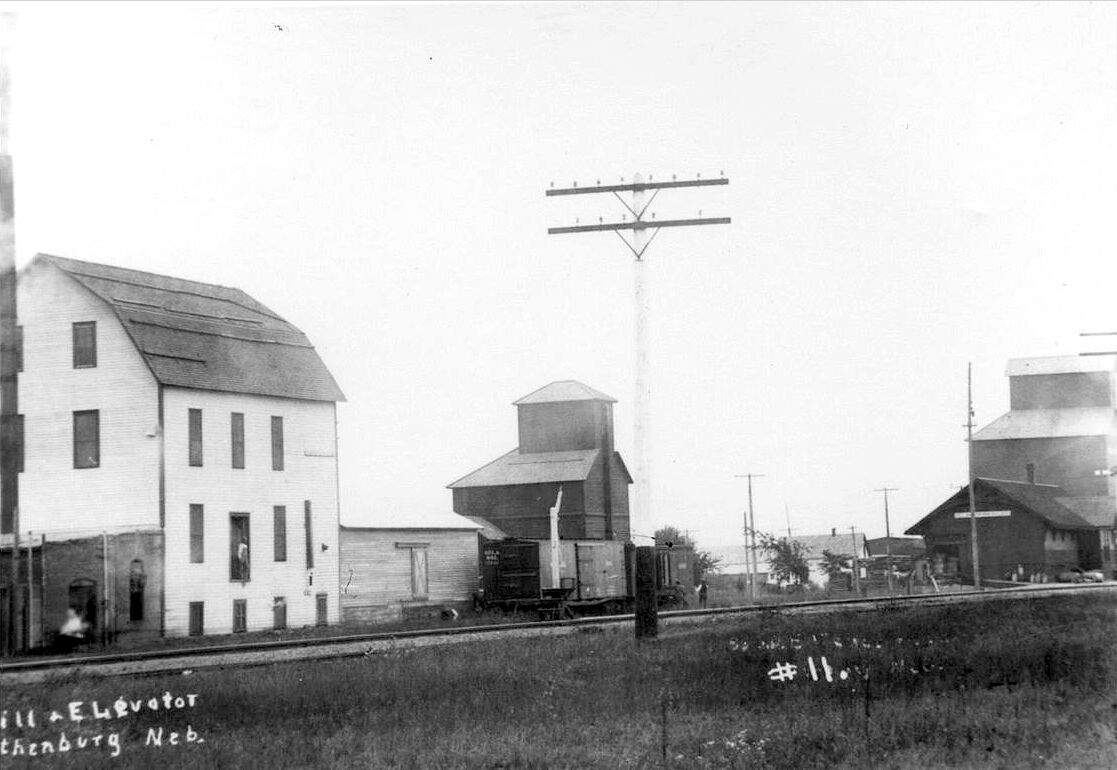 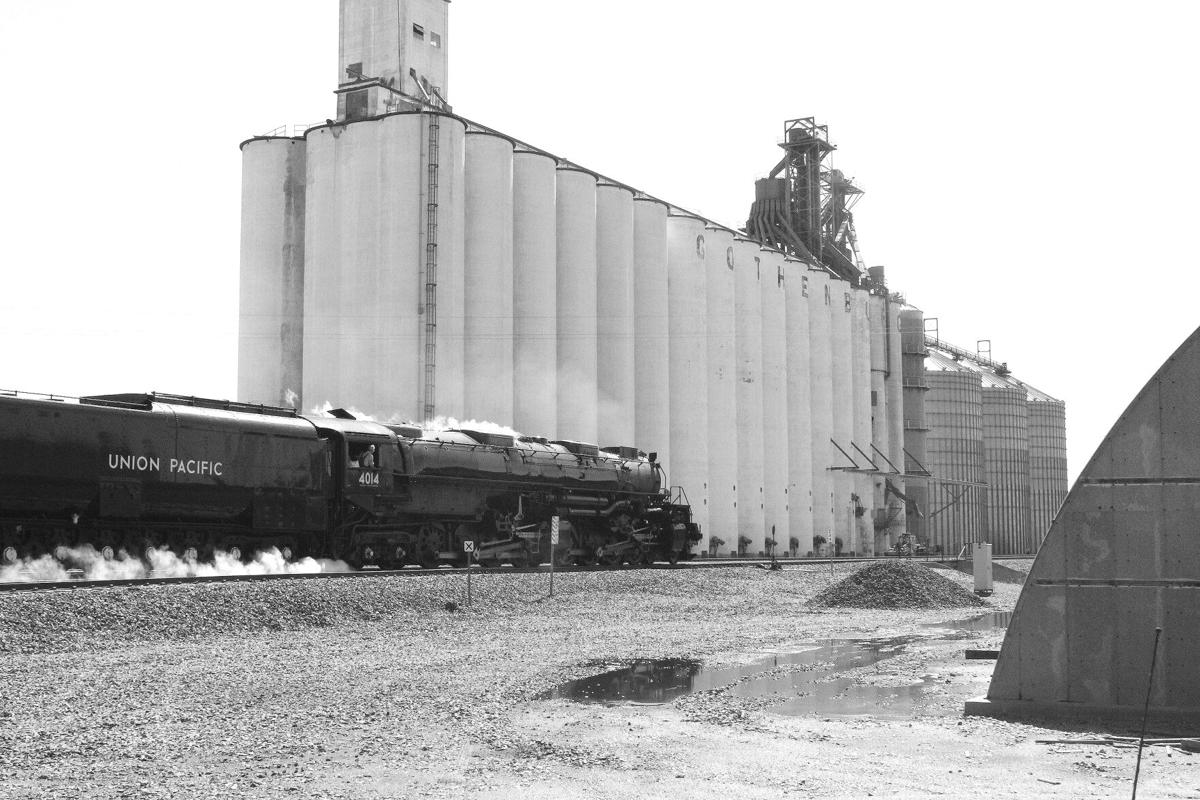 The large elevator bearing the name of our community has welcomed visitors and locals for decades. As the UP “Big Boy” rolled through last year it was like a blast from the past.

Elevators have always been local landmarks, including this early photo of the E.G. West elevator in Gothenburg.

This is a very early scene of wagons in front of the elevator in Gothenburg.

The large elevator bearing the name of our community has welcomed visitors and locals for decades. As the UP “Big Boy” rolled through last year it was like a blast from the past.

For nearly as long as Gothenburg has existed, a cooperative elevator has served the area’s farmers. In the early years of settling along the Platte Valley, various communities sprung up across the Plains following the rail line, providing easy access for supplies and materials from the east.

The train also allowed merchants and producers a means for shipping their products to other parts of the country as well. It became common, therefore, for grain elevators to be erected near the railroad tracks. In 1904 the Farmers Cooperative Association and Spalding Coop Elevator were established in Gothenburg. Being a cooperative meant it was owned by the member farmers themselves, and governed by a board of elected directors.

The Gothenburg Historical Society lists the first directors of the coop as: Wiggins, Findlay, Hammond, Brady, Coleman, Alexander, Kraxberger, J. Moore, Ed Moore and H.L. Williams. William Findlay was the secretary and L.W. Rich was the manager. More than 200 farmers were stockholders in the original coop elevator.

Erected along the Union Pacific railroad tracks between Avenue C and Avenue D, the elevator had a capacity of 25,000 bushels of grain. The equipment was run using a 15 horsepower gas engine. There was both an inside and outside scale and a wagon dump. The total cost of the first elevator was $5,500.

The Spalding Coop Elevator did more business in 1907 than any other elevator in the county, and in 1908 it was reported that 5,000 bushels of corn and wheat came through the elevator in one day. Besides handling grain the elevator also sold coal, twine, posts and cement.

In 1915 Union Pacific charged 50 cents per ton for freight on coal. Labor costs at that time for hand unloading a 33-ton load of coal or a 400-sack carload of cement was about $5. Common labor was about $2 a day.

In 1919 Union Pacific raised the right-of-way lease cost from $5 per year to $74 per year! It was a big hit for the coop. The railroad also flexed their authority by requesting the elevator be painted yellow to match the rest of the buildings along the right-of-way, and in 1920 it was painted.

The coop continued to grow and thrive, and in 1921 a new 16x24 foot elevator office was built. Radio service from the Omaha market was added in 1922. A new truck dump, some galvanized roofing and a man lift to replace the old stairs were put in in 1928. At that time no trucks over 20,000 pounds were allowed into the elevator.

The early 1930s were hard on everyone, especially farmers - and the coop felt the crunch. In 1931 day labor was cut to 30 cents an hour, and in 1932 the coop board voted to give coal to the needy rather than donate to the community’s annual Harvest Festival. As the Great Depression hit full force in 1933, the board was forced to cut their number of employees.

Things began to turn back around in 1935; salaries were increased and the coop was once again able to contribute to the Harvest Festival and Chamber of Commerce. In 1937 a new 9x34 foot platform scale was installed. Things began to pick back up over the next few years, and in 1945 the elevator bought more than 51,000 bushels of grain in just three months time, staying open nearly 24 hours a day.

But just as stockholders were beginning to feel more confident, tragedy struck - when a devastating fire hit the elevator in 1953. Fire departments from North Platte and Cozad were called to assist Gothenburg with the blaze. By the time the fire was out it had caused $100,000 damage to the elevator.

However, the demand for a place to take the grain motivated everyone to pitch in to repair the damage and get the elevator back up and running. In 1958 a new grain storage unit was built south of the railroad tracks, and to prevent a similar disaster from happening again a water pipe and nozzles were installed in the head house in 1961. That same year a 63,000 bushel grain storage facility was built and a new electric entrance was installed on the driveway.

In 1963 the Farmers Cooperative Association purchased the Block Grain Company in north Gothenburg, where they added a new feed mill.

The stockholders held a special meeting in 1966 and voted to approve the sale of their assets to the Gothenburg Coop Oil Company. That was the beginning of a long line of mergers. In 1974 the former Gothenburg Oil Company, now Farmland Service Coop, merged with Callaway Coop. Farmland then merged with Farnam Coop in 1978.

Little could the founders of the Spalding Coop Elevator have known the success the elevator would become. In 2019 Country Partners Cooperative recorded sales of $282 million. Local earnings of approximately $2.6 million combined with regional cooperative patronage resulted in $6 million of total net income. Since 2016 Country Partners has allocated more than $10.8 million to member owners in patronage.

Men like L.W. Rich, the coop’s first manager, and Ivar Johnson, manager in the 1930s, would be very proud of the legacy that was built of the cooperative elevator and the tradition it still carries. The stately elevator lining the railroad tracks boldly displays the name of the community it has served for 116 years.