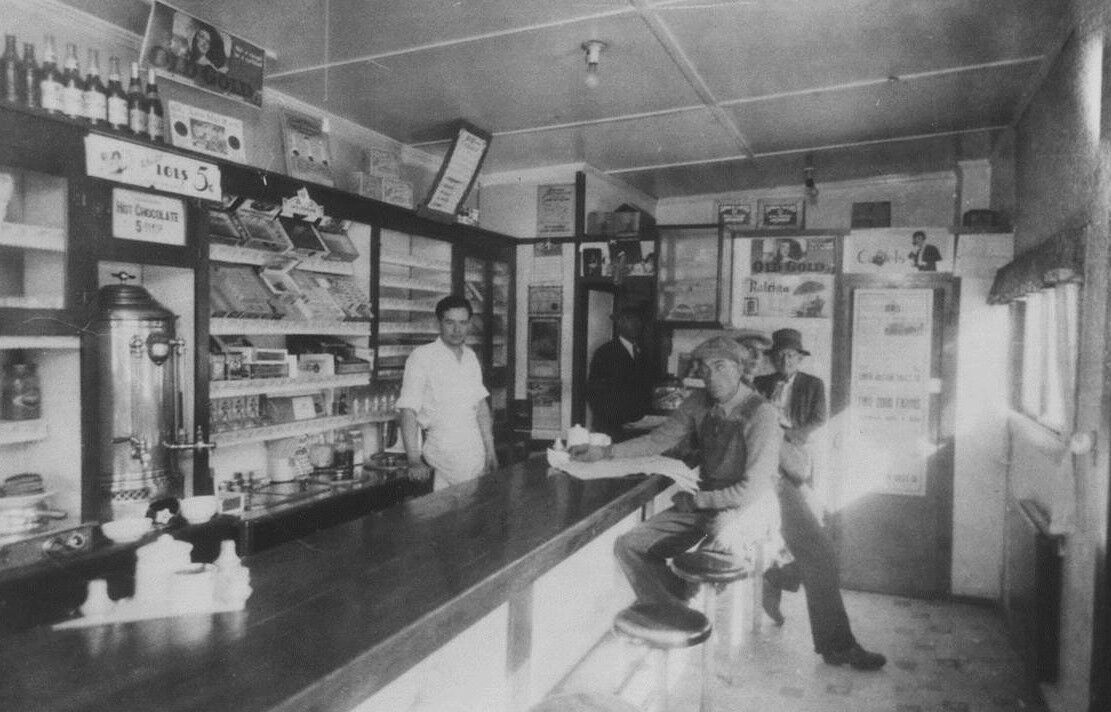 This photo was taken inside Frenchy’s Cafe, a popular gathering spot in Gothenburg for more than 30 years. 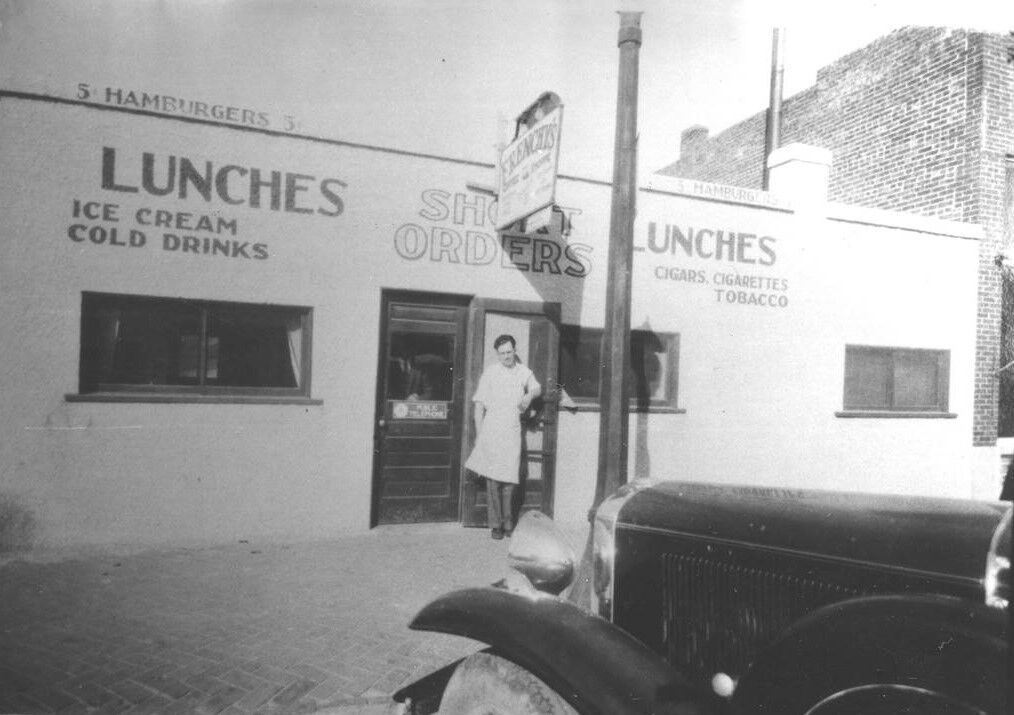 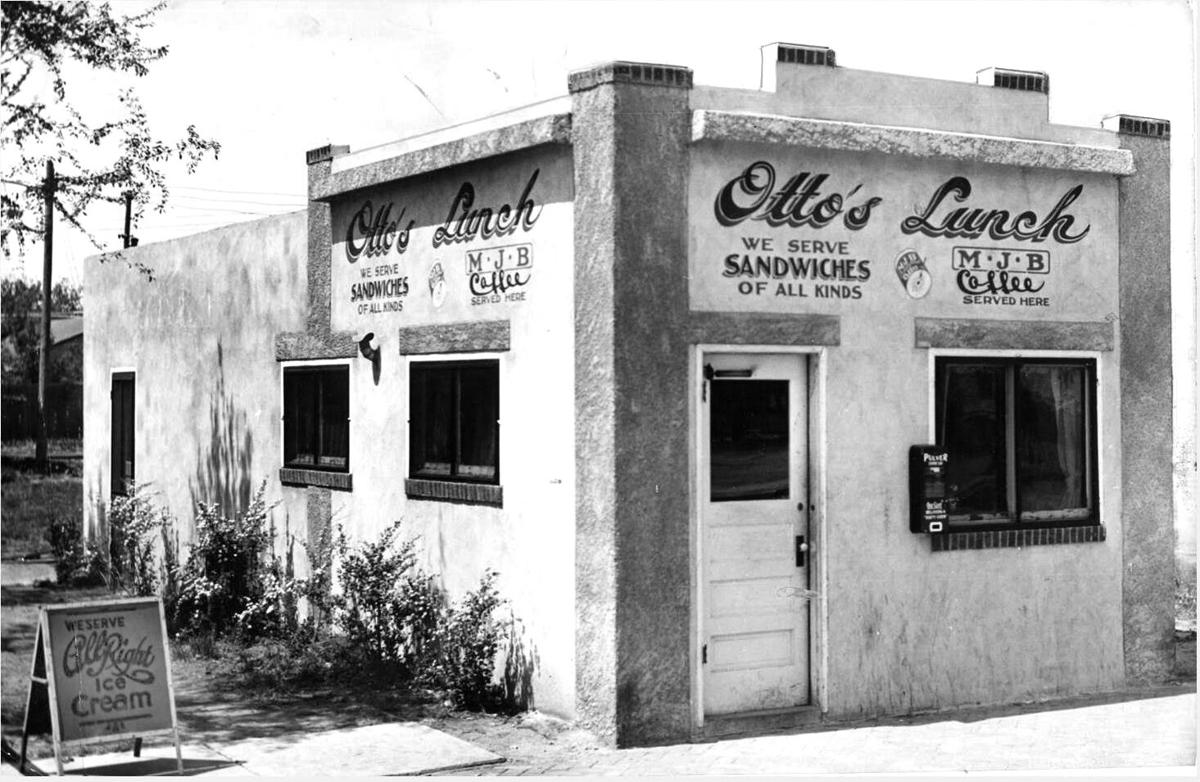 Lunch rooms like Otto’s Lunch were the forerunners for today’s fast food restaurants.

This photo was taken inside Frenchy’s Cafe, a popular gathering spot in Gothenburg for more than 30 years.

Lunch rooms like Otto’s Lunch were the forerunners for today’s fast food restaurants.

Any new venture generally takes a little while to get off the ground. Building a community is no exception. Between 1885 and 1900, Gothenburg was becoming established and most new businesses included those that were essential to building homes and businesses from scratch: lumber yards, hardware and clothing stores and general stores for basic grocery items for example.

After 1900 the new town began to grow at a rapid pace and businesses were springing up everywhere. Along with a growing population, Gothenburg’s location along the railroad and river brought travelers through town, necessitating places to eat. Popular eateries such as Royal Candy Kitchen and Platte Hotel & Cafe were established in the early 1900s. In the late 1930s and 1940s, lunch rooms became popular. They were the era’s equivalent to “fast food” and included Otto’s Lunch, Scotty’s Lunch and Chatterbox Cafe.

One of the most popular eateries of its day was Frenchy’s Cafe. In fact, pretty much anyone who lived in or visited Gothenburg between the years of 1927 and 1960 is familiar with that name, and has memories of the good food and fun times there.

Located along the 800 block of Lake Avenue, Frenchy’s Cafe was owned by Armand and Marie Clouatre (pronounced Clohart). Armand was a graduate of Farnam high school, and soon after graduation he went to work at the Dinty Moore Hamburger Castle in Ogallala. Being of French-Canadian heritage he was given the nickname “Frenchy”, and it stuck.

Frenchy’s Cafe operated in Gothenburg for more than 30 years in three different locations, all within 200 feet of each other on Lake Avenue. Marie once shared that she believed part of the reason for the success of the business was the fact that the time period was the beginning of the hamburger craze.

“People used to buy hamburgers by the sackful because they were something new. Business was good and we’d sell over 2,500 each weekend at five cents apiece,” Marie had shared.

The couple did take a brief reprieve from their Gothenburg business to help Armand’s brother and run the Dixie Cafe in Cozad. They returned here around 1940 and opened their second location, right across the street from the first. This site was larger and more modern than their former cafe, with red and white cloth covered tables and chairs welcoming guests. The jukebox and marble-topped soda fountain were focal points of the cafe, which always drew crowds of young people to hang out after school. And the Clouatres didn’t mind that a bit.

“I called one of them the nickel loafer,” Armand later shared. “He used to come in, buy a nickel coke and sit in a booth and chat for hours.”

While the atmosphere may have been an attraction to Frenchy’s Cafe, it was the food that kept them coming back. Items such as roast pork, barbecue beef, baked chicken and homemade pies were some of the most popular - and both Armand and Marie spent plenty of time in the kitchen. “I used to make 18 dozen cinnamon rolls at the same time I was cooking pancakes and eggs,” Marie reminisced in a later writing. “I remember falling asleep standing up while waiting for Armand to check the register out at the end of the day - and then he still had to mop up and wash the floor!”

It was not unusual for the cafe to stay open until 2 a.m. on Saturday nights, and the couple would finally get home at about 4 a.m. It was hard work, but both repeatedly shared with others that they loved it. Armand and Marie retired around 1960 and sold the cafe to Lucille Anderson. It changed hands again when Al Lewis took over a couple of years later, and in 1965 a kitchen fire destroyed the business. It was never rebuilt.

Frenchy’s Cafe not only provided a comfortable livelihood for Armand and Marie and their three sons, but also helped establish a legacy of family and togetherness that still sets Gothenburg apart today.