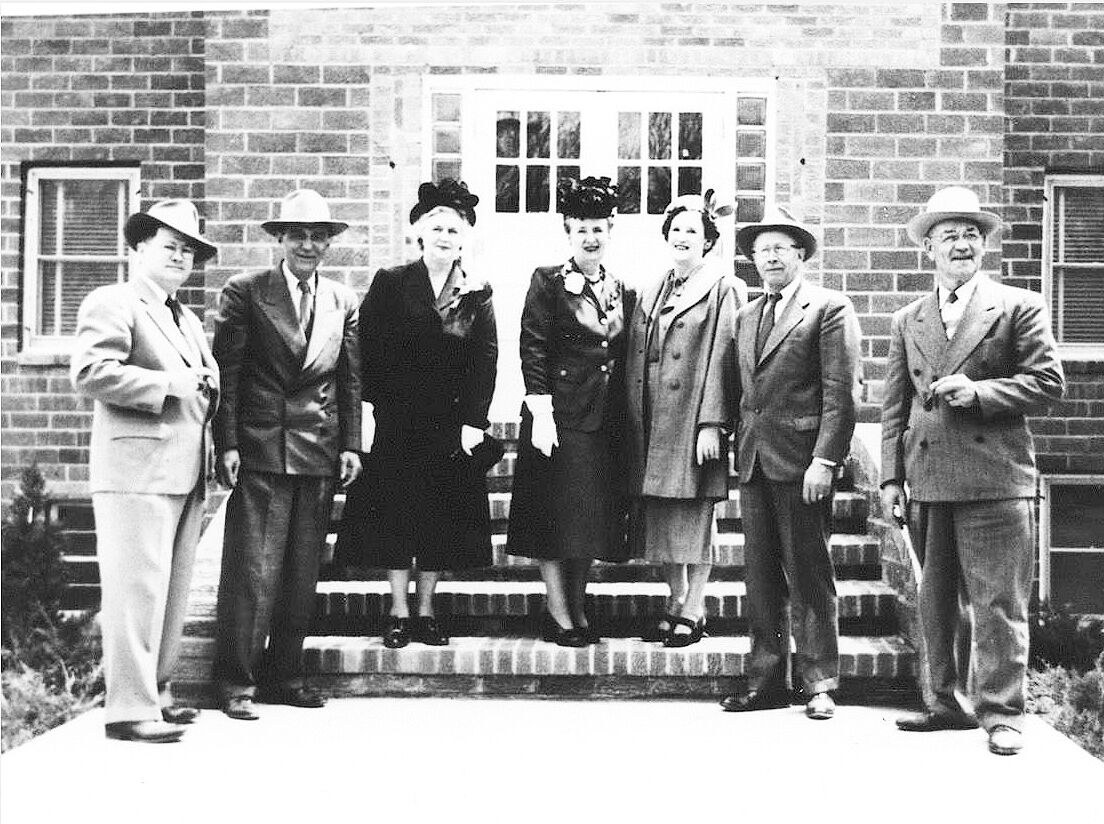 Some of the early board members pose on the steps of the new Gothenburg Memorial Hospital, dedicated in June 1950. 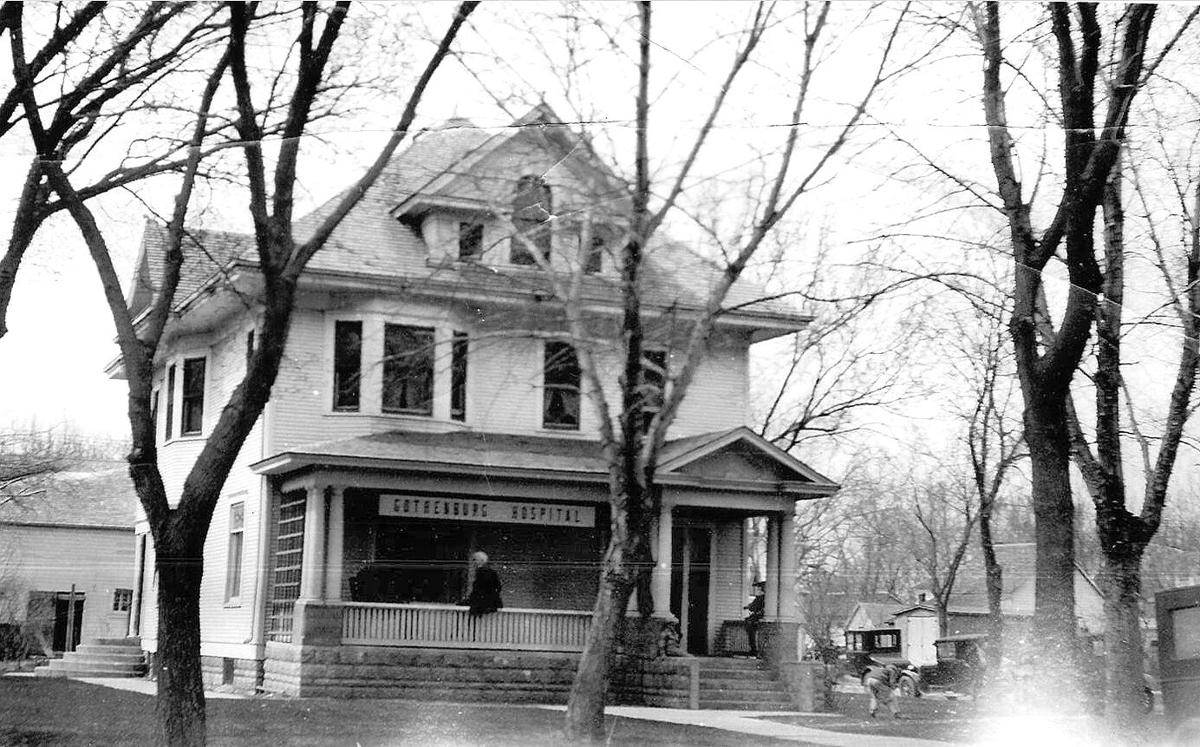 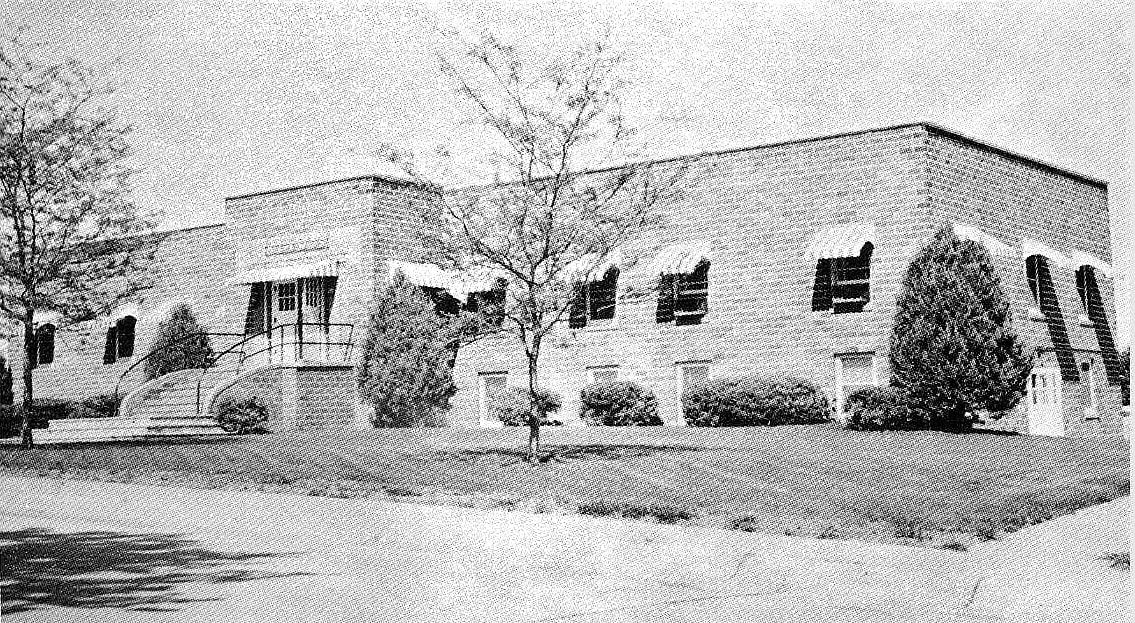 Some of the early board members pose on the steps of the new Gothenburg Memorial Hospital, dedicated in June 1950.

A crisis situation tends to make us more aware, and grateful, of those who work on the front lines to protect us. In the aftermath of 9/11 the nation had a newfound appreciation for firefighters and police officers. And now, as we battle a raging virus of pandemic proportion, we recognize perhaps more than ever the heroic acts of our healthcare workers.

Wherever there are people there is a need for medical professionals. Dr. Vollard Karlson, M.D., migrated to the United States from Sweden in 1882 and went to work as a clerk in a drug store in Kearney. In the spring of 1883 he moved to the still-being developed community of Gothenburg, becoming the town’s first doctor. Dr. Karlson also ran the drug store and was deputy postmaster. The post office was located in the building with his clinic and drug store.

Other early doctors in Gothenburg included W.P. Smith, who served on the first village board when the town was organized in 1885. By that time the town had several doctors; along with Dr. Smith there was Dr. Swenson, Dr. Minton and Dr. Carey.

While some practiced here for a short time before moving on, others made Gothenburg their long-time home. Dr. John Hiram Quinn came here in 1892 and operated his practice in Gothenburg all his life. In the early days Dr. Quinn drove a buggy to make house calls, and famously wore a buffalo robe and big fur coat for his winter house calls. When he was 75-years-old he was injured in a tornado, and opted to spend his “retirement” years in California with his daughter. He died in 1949 at the age of 92, and is buried in Gothenburg.

Many of the doctors contributed to the community in other ways as well. For example, Dr. W.J. Bartholomew was part of the committee appointed by the village to build watering ditches and plant trees along what was then Winchell Street, now Lake Avenue. Dr. P.E. Plumb built what was considered one of the finest new homes in town in 1898, at a cost of $1,800. Dr. Plumb also owned the town’s first automobile.

The first mayor of Gothenburg was also one of the town doctors - Dr. W.J. Birkofer, who moved here in November of 1900. He became mayor after the village became a city in 1908. He spent the rest of his years serving this town. Dr. E.C. Stevenson was another who practiced in Gothenburg his entire career, beginning in 1907. He operated his clinic here for 40 years and passed away in 1940.

Female doctors were not as common in those days, but Gothenburg welcomed their first in 1903. Dr. Emil and Dr. Dora Weideranders were practicing physicians in Eustis and relocated to Gothenburg after the tragic drowning of their child.

Along with doctors and medical clinics there were also early hospitals. Dr. H.M. Harvey purchased a large house on Lake Avenue in 1926 and converted it to a hospital. Dr. and Mrs. Harvey had their living quarters on the first floor of the home. His office was in the basement, and the second floor had four big patient rooms, an operating room and the labor room. The third floor had been fixed up for nurse’s quarters and the waiting room was located in the hall near the front door.

The Harvey Hospital operated in Gothenburg until the new Memorial Hospital was constructed, and Dr. Harvey donated his x-ray equipment to the new facility. Gothenburg Memorial Hospital was officially dedicated on Friday, June 23, 1950 with about 2,500 people in attendance. Private donations and a city bond issue of $40,945 made the building of the hospital possible.

The new hospital was located on the corner of 20th Street and Avenue F. The facility boasted 26 beds and 12 bassinets, and came complete with stand-by heat, lights and power. It was also equipped with an oxygen system, as well as a fire and sprinkler system. It was state-of-the-art!

The board of the new hospital included A.F. Sholund, E.C. Stickleman, Louis Heuer, Mw. Padley, Bernard Norsworthy, Mrs. E.J. Loutzenheiser, Mrs. Walter, Dale and Mrs. C.A. McVicker. The first baby born in the hospital was a son to Mr. and Mrs. Reinhold Martens of Moorefield. The building is no longer standing.

A building campaign for a new hospital began in 1966, and on April 4, 1967, the residents of Gothenburg approved a half-million dollar city bond in a special election. These funds were used to purchase property and build the “new” Gothenburg Memorial Hospital. Along with the bond funds, $345,000 was raised through donations and memorials - and on Oct. 26, 1969, the new hospital was dedicated. The Gothenburg Hospital District was created on May 12, 1970, after receiving approval from the voters.

This new hospital provided 20 acute care beds and six bassinets in the nursery. It also contained a long term care unit with 26 beds. Laboratory, physical therapy, radiology and surgery were all services available at the hospital. The kitchen staff also prepared noon meals for the Meals on Wheels program.

In 2004 a $3.5 million expansion and renovation project was completed at the hospital, now known as Gothenburg Health. A new $3.4 million 17,000 square-foot physician clinic was completed in 2011. The facility has continued to grow, and in 2014 ground was broken on a $31 million project which included a state-of-the-art surgical expansion. The multi-phase project was completed in the spring of 2018. Gothenburg Health remains a non-profit healthcare facility governed by a publicly elected board of directors.

From the first doctor in 1883, to the dedicated team of professionals of today, the community of Gothenburg has had the privilege of being served by some of the finest doctors and nurses anywhere. And we are all grateful.