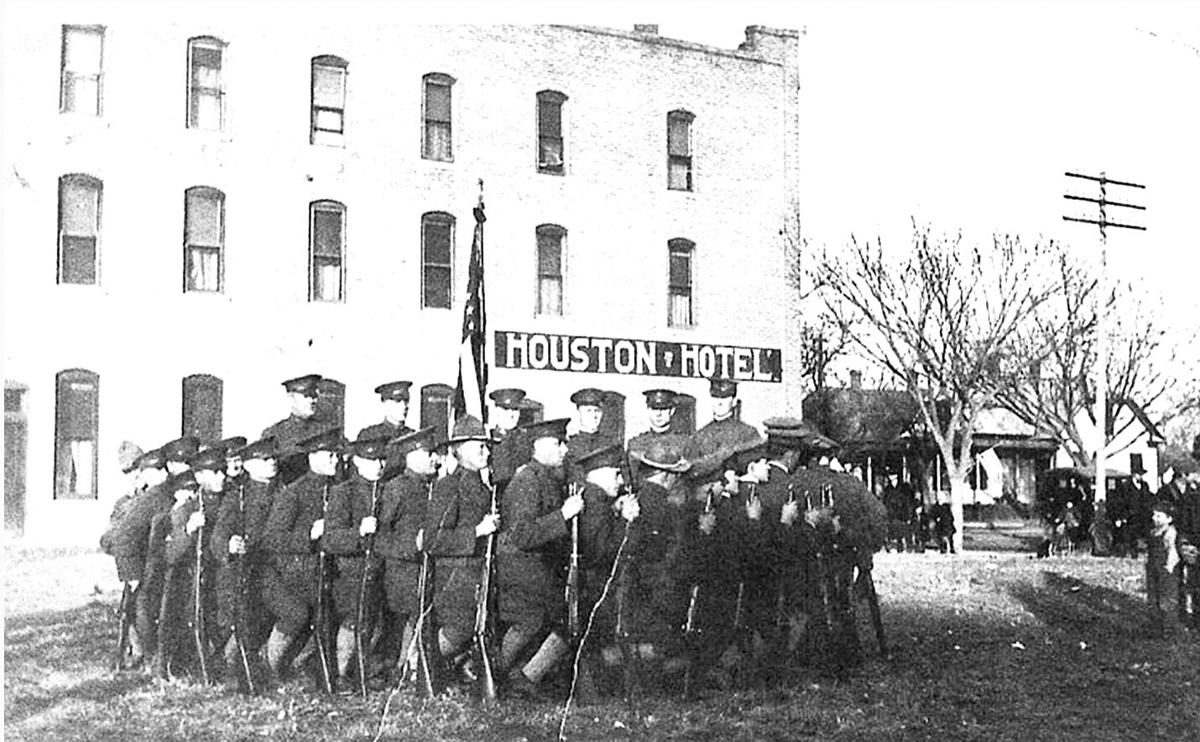 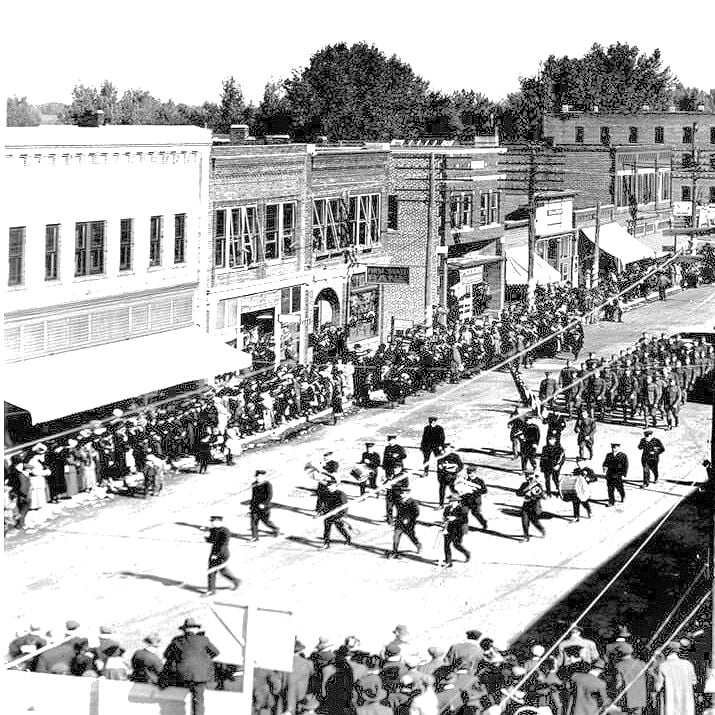 The whole town turned out to send off Company L to active duty in 1917, as we entered into World War I.

The whole town turned out to send off Company L to active duty in 1917, as we entered into World War I.

At the time the Civil War was being fought across our nation, this area of Nebraska was nothing but a wide open space. Several years later people began to migrate here and make their homes in what would eventually become the city of Gothenburg, and veterans of both the Civil War and Spanish American War were among those early settlers.

As we continue to explore the history that transformed this piece of prairie into what we now call home, we recognize that it takes much more than a business district to build a community - it takes people. And the hard truth is, establishing the freedom to build where we want and live how we want comes with a price. Men and women have been paying that price for America since the day our nation was founded.

At one time Gothenburg had an active G.A.R. Civil War post as well as a small Spanish American Veterans post, a testament to those early settlers of our community. We also had a National Guard unit. Company L of the 5th Infantry, Nebraska National Guard, was organized in Gothenburg on Nov. 17, 1915, with Dr. M.S. Moore in command of the 60-man unit. Mike E Kraxberger was appointed 1st Lt. and Bernard A. Norsworthy 2nd Lt. This was the only guard unit west of Kearney at that time.

On June 16, 1916, President Woodrow Wilson called the militia of every state into service in response to Mexican bandit Pancho Villa’s raids on the Mexican border. Company L joined the 5th Regiment of the Nebraska National Guard on that mission, returning home on Feb. 21, 1917. A crowd of about 1,000 people, along with the Gothenburg band, greeted the soldiers as they arrived. However, their stay was very short-lived.

On April 6, 1917, President Wilson declared war against Germany. U.S. Army officers arrived in Gothenburg in late July to muster Company L for federal service. The soldiers spent the next two months in camp in Gothenburg before receiving orders to board the train for Camp Cody in Deming, New Mexico. More than 2,500 people gathered at the depot to see the boys off.

After completing their training in New Mexico, Company L was sent to Camp Dix, New Jersey where they prepared to head to Europe as replacements for other units. While there an epidemic of influenza hit Camp Dix costing many lives and delaying deployment by more than a month. The loss of life, however, was just getting started.

News reached the community on Aug. 6, 1917, of the first Gothenburg boy to be killed in action. He was Will E. Sievers, son of Mr. and Mrs. Martin Sievers - a bugler with Company L assigned to Co. F, 56th U.S. Infantry in France. He was the first of a number of Gothenburg men who lost their lives in World War I. Some, like Sievers, were members of Company L; others of different units. Some killed in action, others dying of sickness or accidents.

On Nov. 11, 1918, Gothenburg joined the rest of the nation in celebrating the end of World War I. A big parade was held, and that evening more than 2,000 residents of the community gathered for a bonfire. The nation enjoyed more than two decades of peace before all hell broke loose on Dec. 7, 1941. Gerald A. Atkins, the 22-year-old son of Mr. and Mrs. B.B. Atkins, was aboard the USS Arizona stationed at Pearl Harbor when it was bombed by Japanese fighter planes. Atkins was killed in that raid. The next day President Roosevelt officially declared war, and over the next few years many of Gothenburg’s young men were lost.

While many of our beautiful buildings that line the streets of Gothenburg’s business district tell the history of the establishment and growth of this community, the grave markers and crosses that dot our area cemeteries remind us all of what it took to get us here. For that, for them, we will forever be grateful.