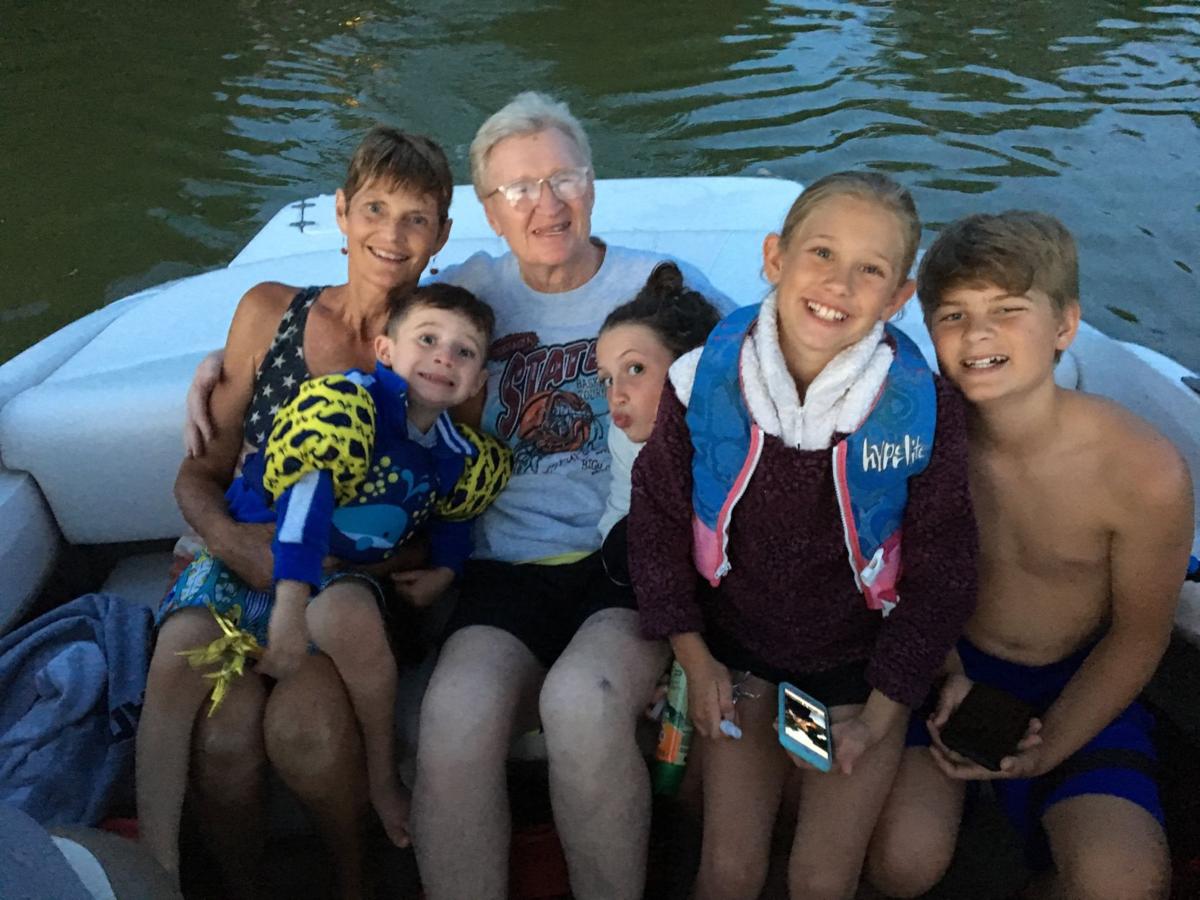 Lynnette and Robin Stevens enjoy time with their grandchildren. 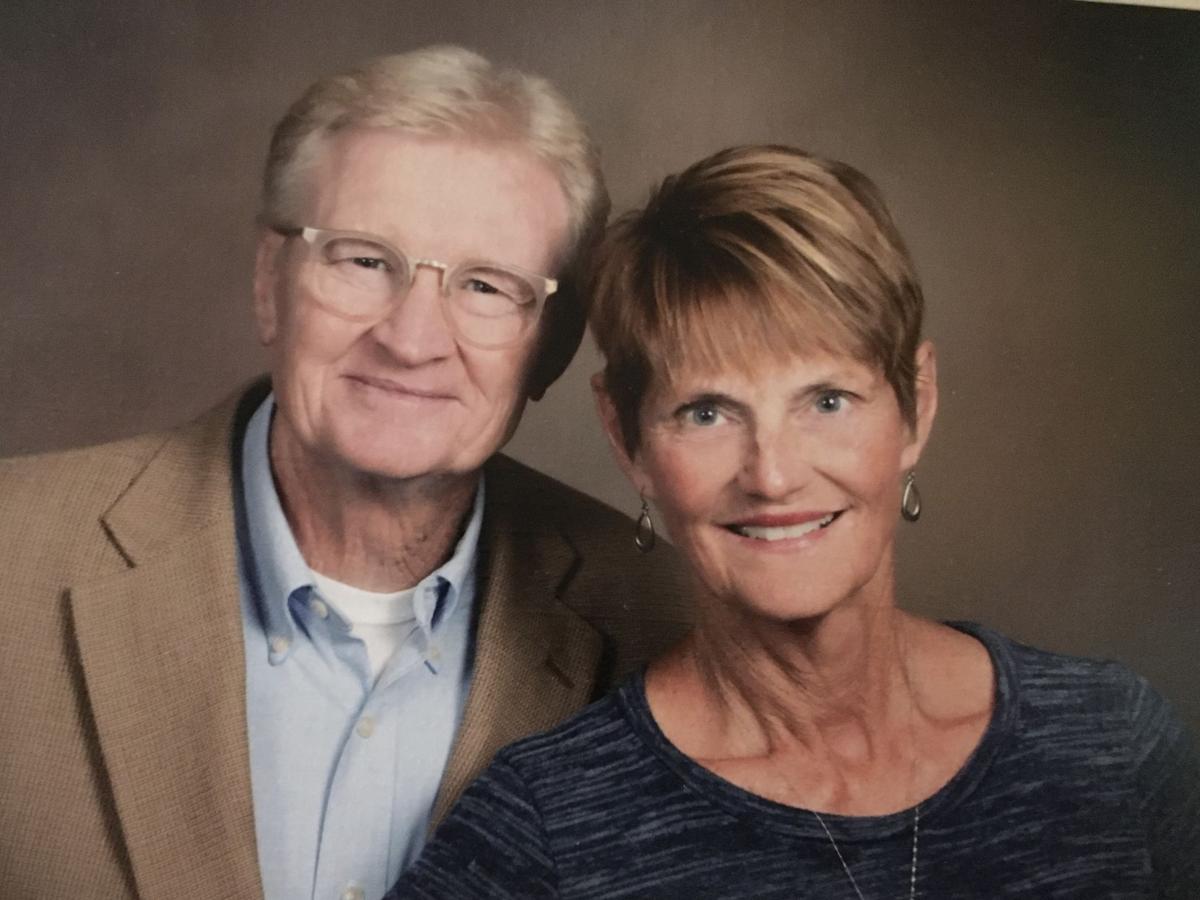 Lynnette and Robin Stevens enjoy time with their grandchildren.

The couple both enjoyed long careers in the education field, both love sports and are extremely active, and they share a deep love and commitment to their family. In other words, there really isn’t much they DON’T do together.

Robin was born in December 1950, at the “old” hospital in Gothenburg. He grew up on a farm between Eustis and Farnam and described his childhood as “traditional for that time in history.”

“Dad worked outside of the home at Central Nebraska Public Power and Irrigation and Mom was a stay at home mom. There were five children to take care of, and believe me, that was a full time job!” he said.

Meanwhile, Lynnette grew up in Iowa, the oldest of six children. She was also raised on a farm, and while her dad did the farming her mom raised kids, gardens and animals. “All six of us were busy on the farm with the animals, walking beans and helping the neighbors. We all were in 4-H, and Dad was our leader,” she recalled. “My parents were and will always be my role models.”

Robin went all through school in Eustis, then on to Westmar College in LeMars, Iowa, where he earned a bachelor’s degree. After several years he continued his education at what was then Kearney State College (University of Nebraska-Kearney) and earned several degrees.

“After high school, I knew staying on the farm was not an option. Because of my enjoyment in sports, I knew I wanted to coach,” Robin explained. “To do this, I needed to get a teaching certificate. My parents, older brother and all my teachers/coaches encouraged me to become an educator…each in their own way.”

He said that while there have been changes over the years in the way school is taught, at a relational level education really has not changed. “Students still want to know their teachers/administrators care about them on a personal level. Socially the change has been dramatic…family makeup topping the list,” he explained. “Electronics have made our world smaller and more immediate. Education has had to change based on societal changes. While the fundamentals of education remain, schools have had to respond to changing economic, social and institutional requirements. Schools have had to expand their roles because of these changes.”

Lynnette also chose a path of teaching, influenced primarily by her mom who had taught in a rural school and the strong teacher education program she experienced at the small Methodist college she attended in Iowa. She also had opportunities that many females before her did not.

“This time in ‘history’ made up the early years of Title IV, which gave athletic opportunities to women the same as the male athletes,” she explained. “I was able to play basketball, volleyball, softball and run track for all four years as a Westmar student athlete. These team sports and opportunities formed the views that I still have that physical fitness, teamwork, and a work ethic are important in life.”

It was at Westmar College in LaMars, Iowa that Robin and Lynnette met - in the gym of course. “I say we met out of ‘luck and weakness’. I was lucky and Lynnette apparently was going through a rare moment of weakness,” Robin laughed. “We had similar interests and friends. And as the saying goes, ‘the rest is history’.”

The couple were married in 1974 in Lynnette’s home church. After spending their first year of married life in Iowa, they relocated to Benkleman, Nebraska to teach and coach. Their teaching/coaching careers brought them to Gothenburg in 1975, where they stayed until 1996. After a couple of more career-related moves they came back to the community in 2013. Both of their daughters are Gothenburg High School graduates: Hallie Ganz and her family now live in Kearney, and Lindsey Tederman and her family live at Jeffrey Lake.

“Our four grandchildren, Augusta and Jasper Ganz and Boone and Bodey Tederman, are forever in our lives and hearts,” grandma Lynnette added.

They are active grandparents, attending every ball game, music program, dance recital and celebration they possibly can. They have both also maintained ties in the field of education. Robin serves on the Nebraska State Board of Education (NSBE) representing District 7. His current term ends on Jan 5, 2023.

Lynnette is the coordinator for the Gothenburg TeamMates program. “After I retired from teaching and coaching, I still wanted to be involved in the lives of youth and in the school system. TeamMates has given me that opportunity both as a mentor and as the coordinator,” she said. “I believe that all young people can benefit from another caring adult in his/her life. I also believe that all adults can benefit from meeting with and learning from the youth.”

Both also remain physically active. While Lynnette has sidelined competitive sports in her life, she very much enjoys walking, running and biking. Robin, on the other hand, continues to enjoy the competitive side of athletics and can often be found on a basketball court.

“I have learned not only that one lives in a community, but making the community a priority is important,” Lynnette shared. “Volunteering for various projects is important to me along with my church involvement, belonging to P.E.O., and being a former YMCA board member and library board member.”

Community is also important to her husband. Along with his service on the NSBE, Robin is active in both his church and Rotary.

“My desire to make a positive difference has been a driving force,” said Robin. “While I did not totally understand it when I was growing up (and I continue to mature), I eventually realized the world was not made for me, but me for the world.”