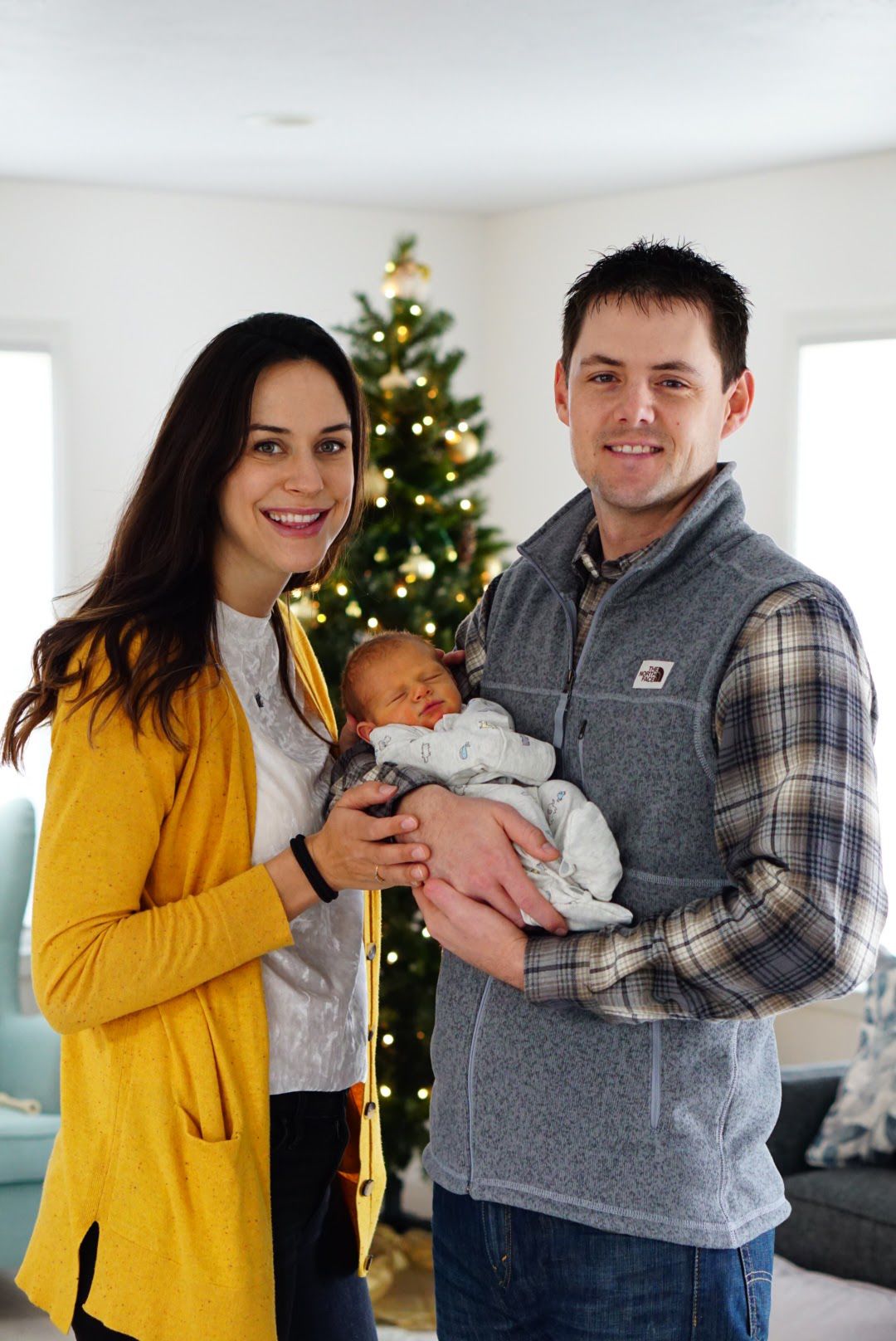 Becky and Andy Jobman pose for a family photo with son, Adam. 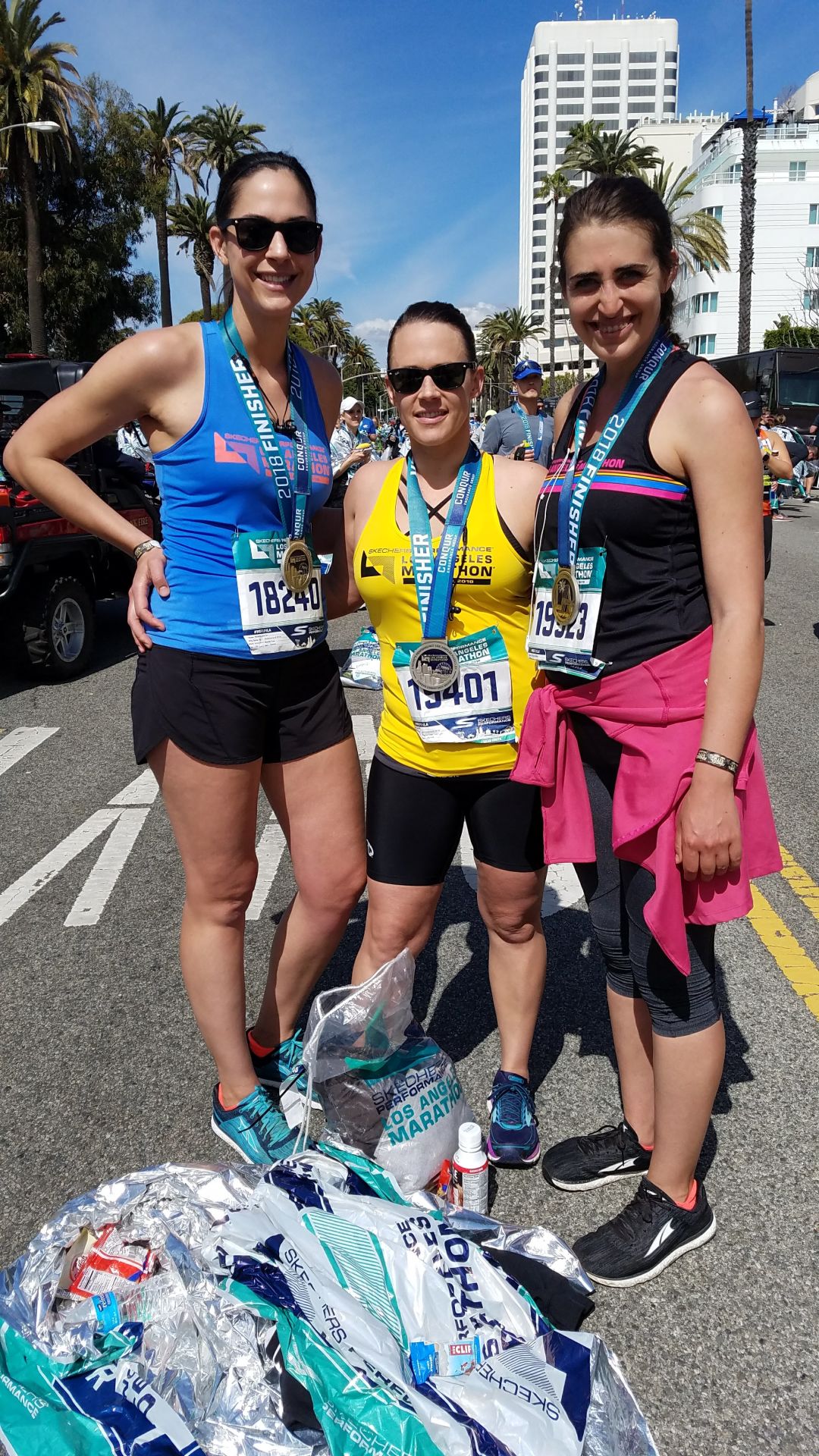 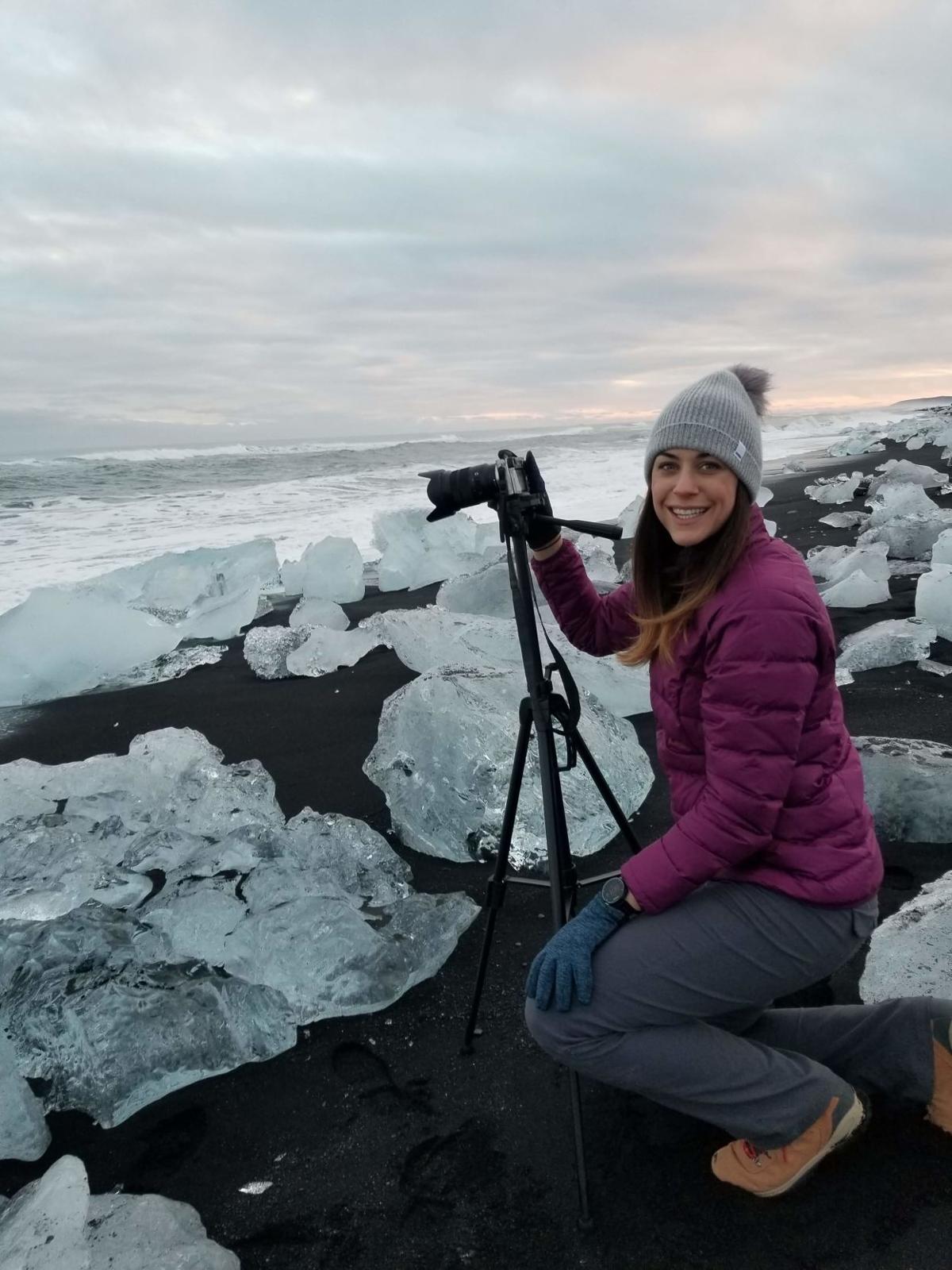 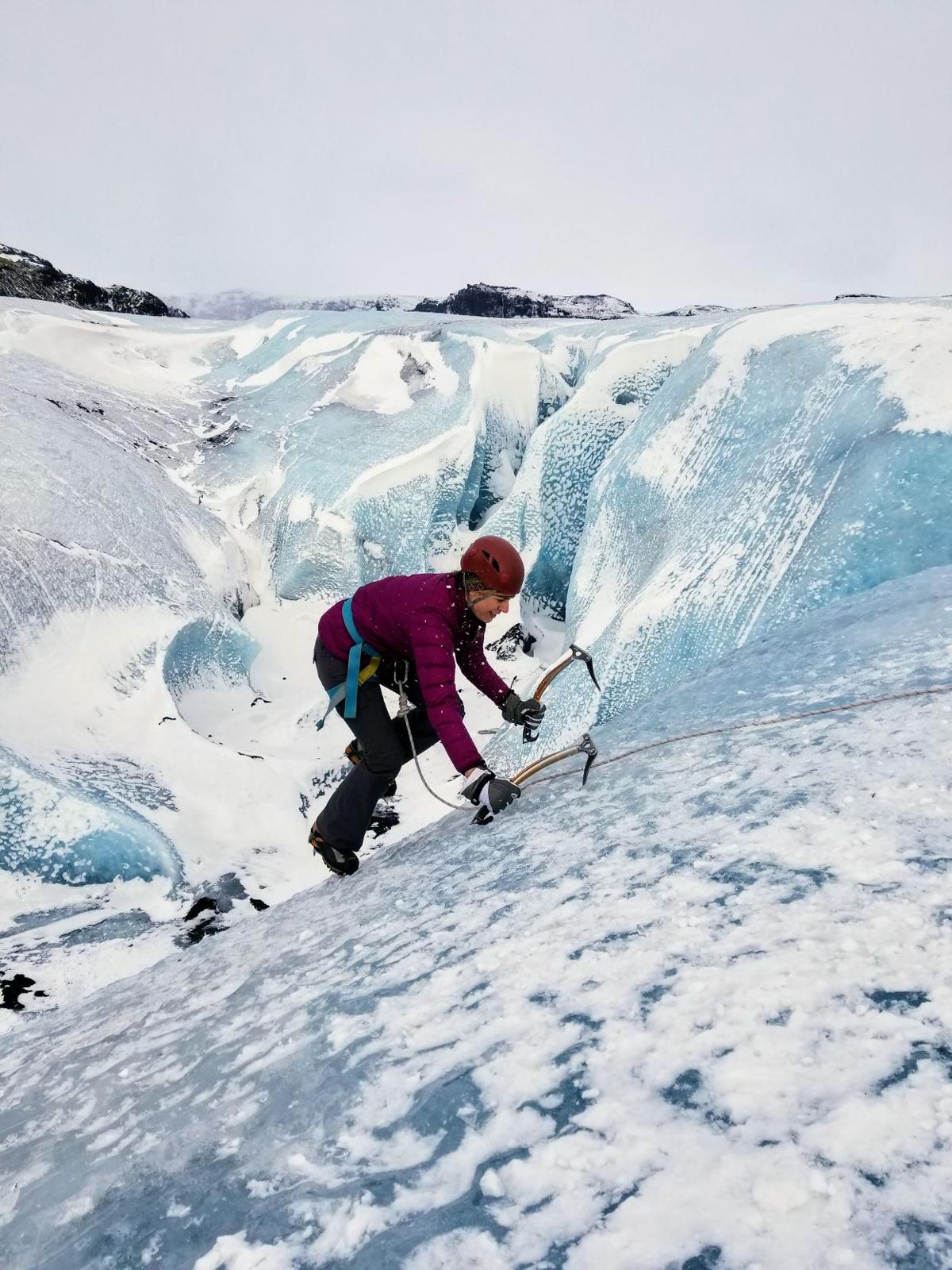 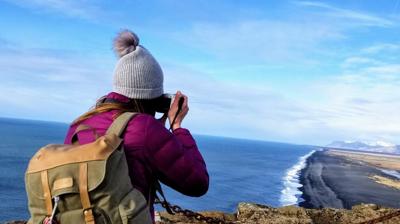 Becky and Andy Jobman pose for a family photo with son, Adam.

Some people thrive on challenging themselves, sometimes to the point that the more difficult something is, the greater the motivation to accomplish it. Becky Jobman is one of those people.

She attended college at the University of Nebraska-Lincoln, where she found herself being the only female in her program of study. In fact, there were no women in the class above her, or the class below her. But that did not intimidate her a bit.

Jobman grew up on a farm between Deshler and Davenport. With parents relocating from Australia, she and her three siblings are first generation Americans. The family raised crops, and had a few horses, chickens and goats for fun.

“I was the one of all of us kids that embraced the farm life the most. I helped my dad alot,” said Jobman.

She said she has always loved animals, and when she started college at UNL she went in as a pre-veterinary major. “I wanted to be a vet all through high school, but during my freshman year at college I switched to agricultural engineering with an emphasis in soil and water resources. It just seemed fascinating to me. I thought I would probably work for an engineering firm, and with all of the leadership roles I was in through high school and college I saw myself going into a management role,” Jobman said.

During her junior year she got an internship at John Deere in Waterloo, Iowa. In the summer between her senior and super-senior year she had another internship with John Deere, this time in Olathe, Kansas at the technical marketing center. The company offered her a position before she had even graduated, and after college she was hired full-time in a technical marketing role where she did customer and marketing support.

“It was a way to utilize my degree being a liaison between field teams and in-house engineers,” Jobman explained.

Meanwhile, during her junior year of college she had met Andy Jobman during a ski trip to Colorado. A short time later they began dating, and in September 2012, they were married. For the first year, the newlyweds lived apart - she stayed in Des Moines, Iowa working for John Deere, and he came back home to the farm in Gothenburg.

“I was hoping to find a remote opportunity here in Gothenburg,” she said. “I didn’t find that, but I did get an offer from Landmark Implement so I moved here and went to work for them in irrigation design and sales.”

She worked for Landmark for about 2 ½ years, and was the top regional salesperson her second year on the job. However, her job was based in Lexington. “While I loved working in ag, it was a long commute and I was just never off the clock. It was a fun job, and it taught me a lot about building relationships with customers. That job really stretched and grew me,” she said.

Another drawback to her out-of-town job, she said, was the lack of feeling like she was an integral part of the community. “In the Spring of 2016 I learned about this job at Gothenburg Health from my friend Katie. Though I had never done this before I thought it sounded like something I would really enjoy, and I felt like I had the skill set for it. So I sent my cover letter and resume, and the rest as they say is history.”

Jobman said that less than 20% of the students in the UNL engineering program were women at the time she graduated, and she believes that experience helped prepare her for her future challenges. “Engineering is really just a matter of problem solving, and I definitely use that in this job,” she said. “The YMCA project really allowed me to utilize that, and though it was daunting I thrive on challenges.”

Jobman serves as the Chief Planning and Development Officer at Gothenburg Health, and also the Director of the Gothenburg Health Foundation. In her role she was instrumental in the fundraising efforts for the YMCA, and spearheads the annual Foundation Gala. This year, however, she has been on maternity leave for the birth of her first child during a great deal of the Gala planning.

“Trudy Chestnutt took over the work for the Gala this year, and she did an amazing job,” said Jobman.

Jobman serves on the YMCA Advisory Board and is a member of the Gothenburg School Board. “To me it’s really important to have the time to do things well that I’m involved in. School board is a big commitment, and I am really passionate about that. It is important to both Andy and I to be involved civically and to be part of shaping our community,” Jobman said.

“My faith is also very important to me and it really is my guiding light,” she continued. “It was huge when Andy and I first got married and were living 5+ hours apart. I didn’t know how or when I’d find a job to bring me to Gothenburg, but I just had faith that when the timing was right God would work something out - which he did and always does. My faith is central to who I am and my constant goal is to live it through all that I do.”

Jobman said her favorite thing in life right now is being a mom. “Family time is very important. Becoming a mom has been an incredible new experience,” she added.

Jobman also enjoys hiking, skiing, traveling and photography. She loves dogs and horses, and still has some of her childhood horses on their farm.

She likes being rooted in the community, and said she has two good sources for making that happen. “I really appreciate getting to be such a part of the community through my job at the hospital,” said Jobman. “Having an excellent school system is also an essential piece of a strong community, and I’m so lucky to get to be part of both.”

CELEBRATE THE DECADES: Under 40, Dalrymple changed plans from animals to humans

Growing up the daughter of two physicians, one might have just expected that Anna Dalrymple would follow in their medical footsteps. And while…