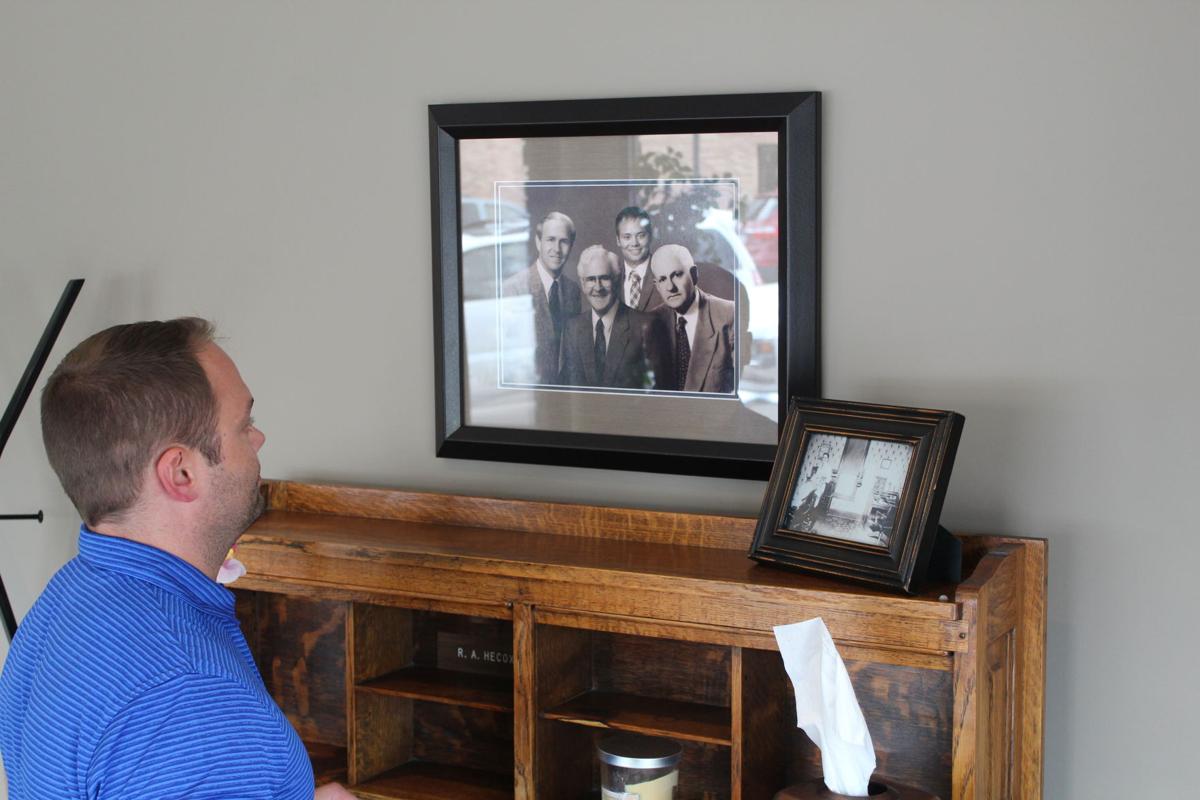 Ashton Hecox, a fourth generation dentist, looks at a photo of all four which is proudly displayed on the wall of the Gothenburg office. 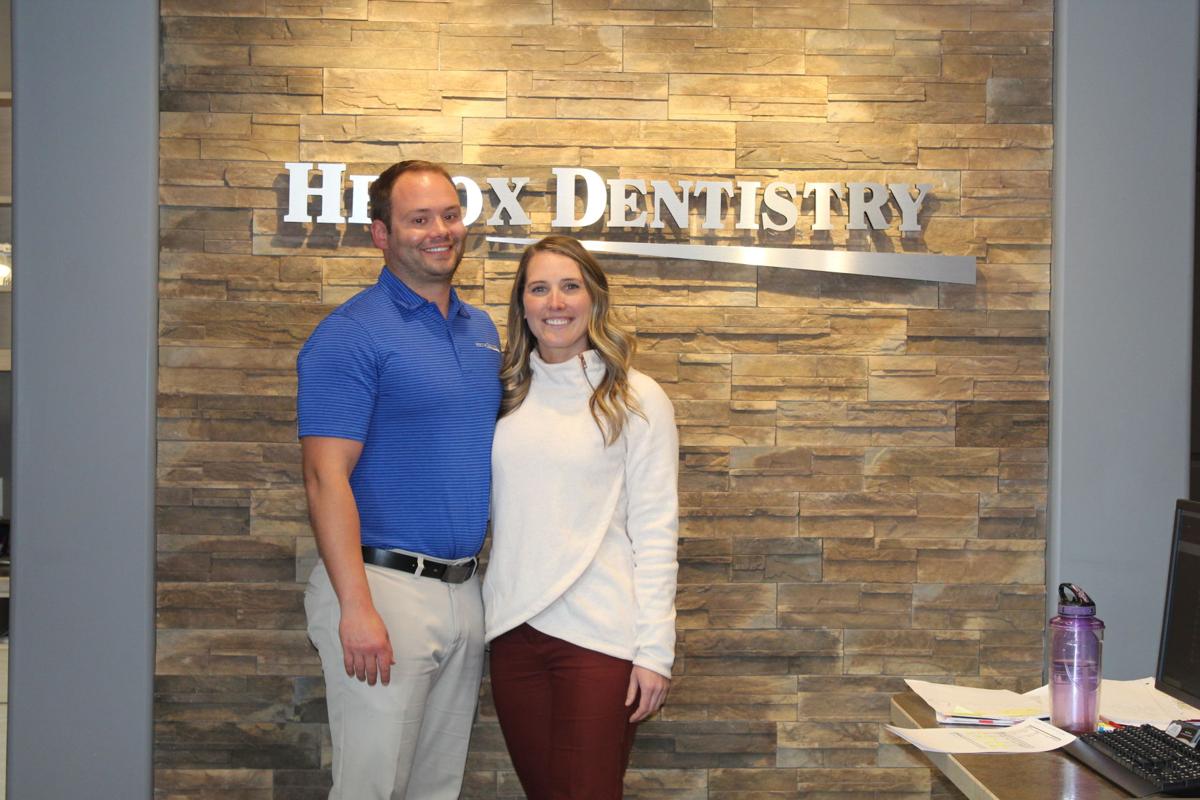 Ashton and Sarah Hecox own and manage Hecox Dentistry in Gothenburg.

Ashton Hecox, a fourth generation dentist, looks at a photo of all four which is proudly displayed on the wall of the Gothenburg office.

Ashton and Sarah Hecox own and manage Hecox Dentistry in Gothenburg.

Yes, his dad is a dentist. So was his grandfather. And his great-grandfather, who was in one of the first graduating classes from Creighton University. However that family tradition was not the thing that most inspired Ashton Hecox to become a dentist - oddly enough, it was a sporting event.

“When I was a sophomore in high school I took a baseball to the mouth which knocked out all my front teeth. That gave me perspective and made me want to help others,” Hecox explained.

He grew up in Cozad, where the three generations of Hecox men before him had practiced dentistry. “I knew very early on that I wanted to do something in the medical field,” said Hecox. “I chose dentistry because of the autonomy of it. I wanted to own my own business. And my dad was a huge influence.”

Fresh out of college in 2012, he began his practice where the family legacy had begun - in Cozad. Meanwhile, a complete remodel was taking place on the former Five Star building on Lake Avenue in Gothenburg, where Hecox intended to establish his practice. The building was completely gutted so new plumbing could be run and the space formatted to accommodate the stations.

Hecox now practices full-time at the office, while his dad, Mike, splits his time between the Gothenburg and Cozad offices. “My wife, Sarah, and my mom, Dawn, pretty much run the front office,” said Ashton.

He and Sarah met in college in an athletic training class. They were married in 2011.

Hecox Dentistry was established by Rex Hecox 107 years ago. The practice was passed on to his son, Fred, who then passed it to his son, Mike. “Having a family business has been great,” said Ashton.

Ashton and Sarah have planted their roots in Gothenburg. He serves on the Sun Theatre Board of Directors and the city’s Community Redevelopment Authority (CRA). He was also a mentor for the TeamMates program for two years.

He and Sarah share a love of the outdoors, and they particularly enjoy kiteboarding and mountain biking. They also like camping, hiking, hunting and fishing.

“I’m very blessed to have the life I have and to be able to work with my family,” said Hecox.

CELEBRATING THE DECADES: Under 40, She is one cool human resource

Helen Cool loves life on the farm. She always has. So when she transitioned to college following her 2004 graduation from Gothenburg High Scho…