Matt Olsen is dedicated to his family, his clients, and his community. However, he says he prefers to remain in the background. 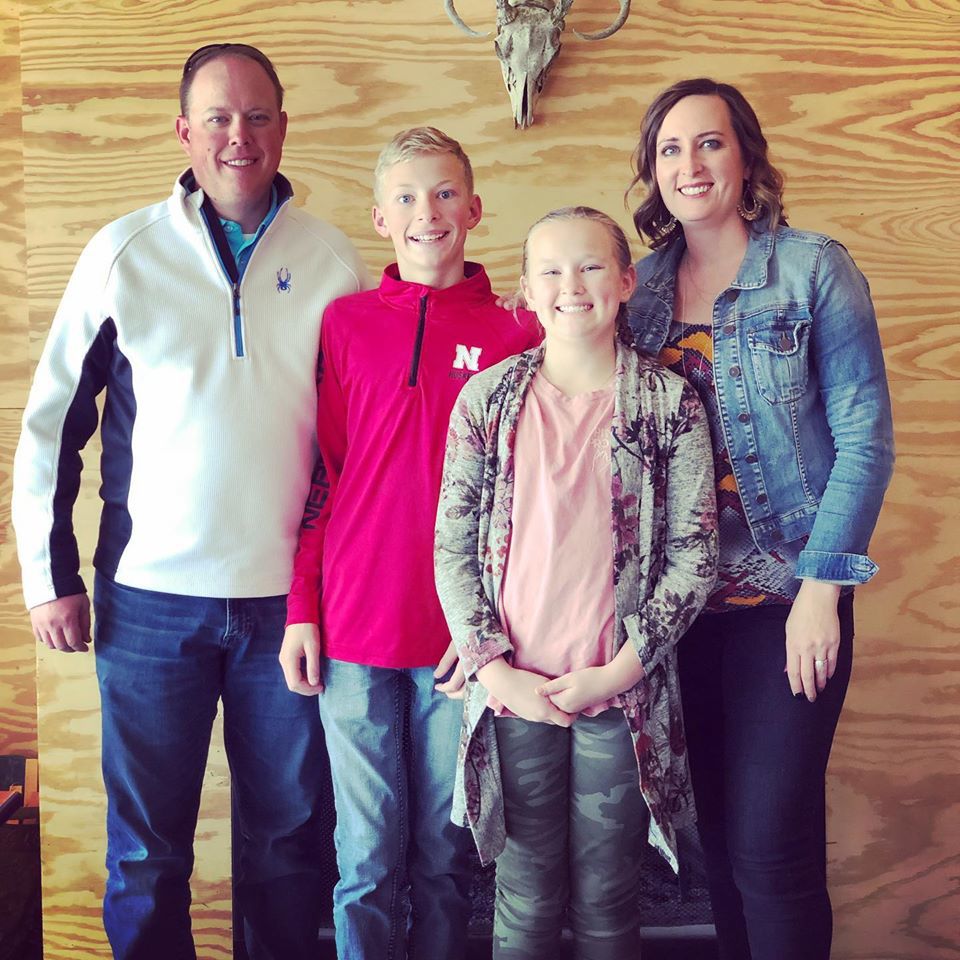 Matt Olsen with his wife, Amber, and children, Ethan and Kaylee.

Matt Olsen is dedicated to his family, his clients, and his community. However, he says he prefers to remain in the background.

Matt Olsen with his wife, Amber, and children, Ethan and Kaylee.

Though he was raised in Oklahoma, Matt Olsen has roots in Nebraska and a deep fondness for the state. He has great memories of spending time on his grandparents farm near Laurel as he was growing up.

After graduating from Edmond Memorial High School in Oklahoma, Olsen enrolled at the University of Nebraska at Omaha where he majored in management of information systems and minored in economics. “My thought was with that background I would likely get into a management position in an IT field,” Olsen explained. However, he found himself going in a slightly different direction.

Fresh out of college, he got an internship with BAE (British Aerospace) systems as a government contractor. “That company ended up paying the fees for my security clearances which led to my working for the government for the next 10 years in various capacities,” Olsen said. “I was working for the Department of Defense based at Offutt Air Force Base, and during that time I earned my master’s degree in business psychology from the University of Oklahoma.”

While there were many aspects of his job that Olsen said he really enjoyed, there were also areas in which he felt very unfulfilled. “I was getting frustrated with feeling like I wasn’t making a difference in this world.”

At a family gathering Olsen shared his thoughts with a family member and mentioned that he was looking for a different career field. His uncle overheard the conversation and called him the next day.

“He asked if I had ever considered working for Edward Jones, and I said no. Then he asked if I would consider it, and I said - no,” Olsen now shares with a chuckle. “He told me to pray about it.”

Olsen said when he got off the phone he told his wife, Amber, about the conversation. “She asked if that would be the worst thing, and I said probably not. So she and I prayed about it for a few days, and we both really felt like God was calling us to Gothenburg to work for Edward Jones.”

Matt and Amber met and were married while attending college at UNO. They have two children; Ethan, 14, and Kaylee, 12. The family moved to Gothenburg in 2010, and Olsen took over the Edward Jones office that had been established by Pat Cordell the previous year.

“Two years after moving into the office Steve Potter gave me the opportunity to buy the building, and I have now owned it for eight years,” said Olsen.

Olsen now says this job fills the void he felt was missing working for the government. “I feel like this job allows me to help people achieve their goals, and to put my stamp on this world to help make it a better place,” he said.

“I absolutely love my job,” Olsen continued. “Our mission is to see people build and maintain their wealth predictably while focused on their goals. I just have a deep love of people. The clients really do become family.”

He has a deep sense of community and civic duty, but said his experience with the government has prompted his decision to steer clear of anything political. He is actively involved in the Gothenburg Rotary and L2 for Kids, and is active in the Cornerstone Bible Church where he helps with the Awanas program. Olsen has also been a member of the Gothenburg Chamber of Commerce Board of Directors for eight years, and served on the Gothenburg Senior Center Board of Directors for seven years. Even talking about his service, however, makes him uncomfortable.

“I love this community, and I would do anything for it. But I just want to be behind the scenes. I don’t like recognition,” he explained. “When we moved here I made it my goal to be very involved in the community; but I like being the silent helper.”

When not busy with work and shuttling kids to the many sporting events and activities they are involved in, Olsen helps teach a hunter safety class. He is also an avid golfer and hunter, loves Husker football, and enjoys all the time he can get with family and friends.

“I can honestly say I am happier here than any town I’ve ever lived in,” Olsen said with a smile.

Here are some interesting facts from that year:

Time Magazine’s Man of the Year:

John Lennon was shot and killed by a “fan”, Mark David Chapman.

1. The Empire Strikes Back

5. Any Which Way You can

CELEBRATING THE DECADES: Under 40, She is one cool human resource

Helen Cool loves life on the farm. She always has. So when she transitioned to college following her 2004 graduation from Gothenburg High Scho…