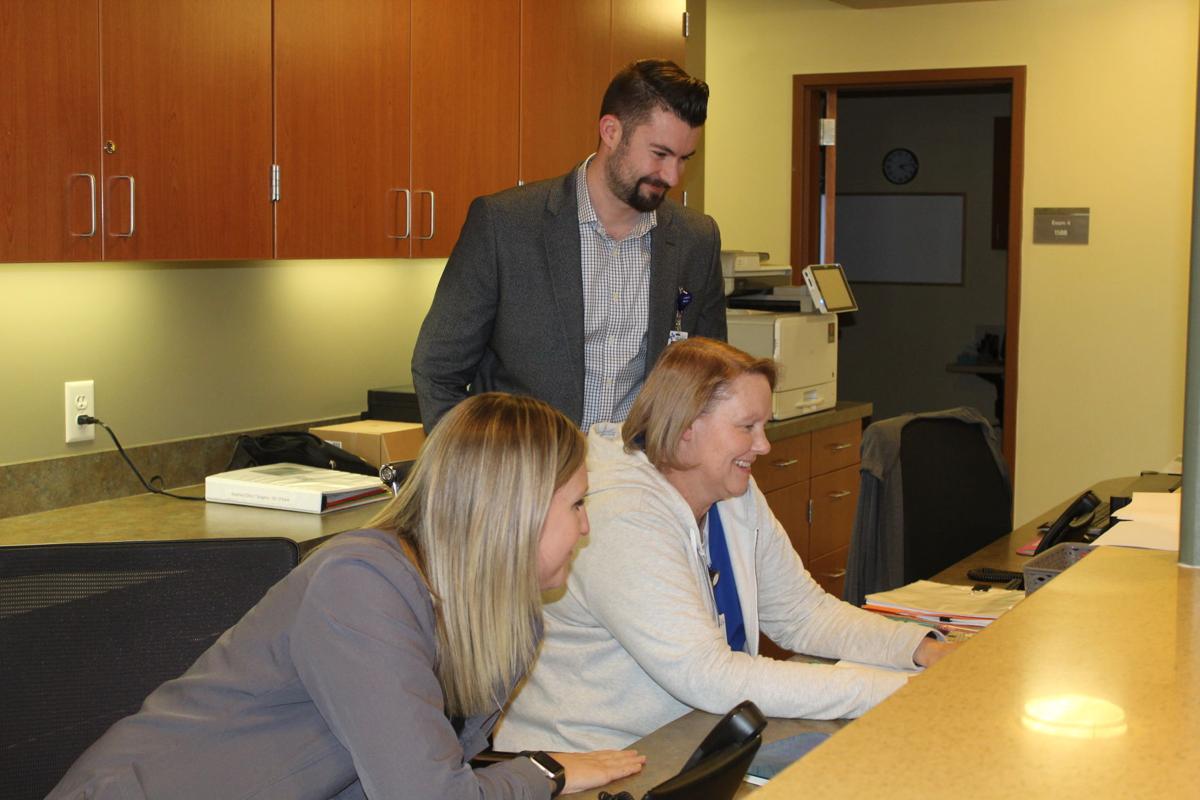 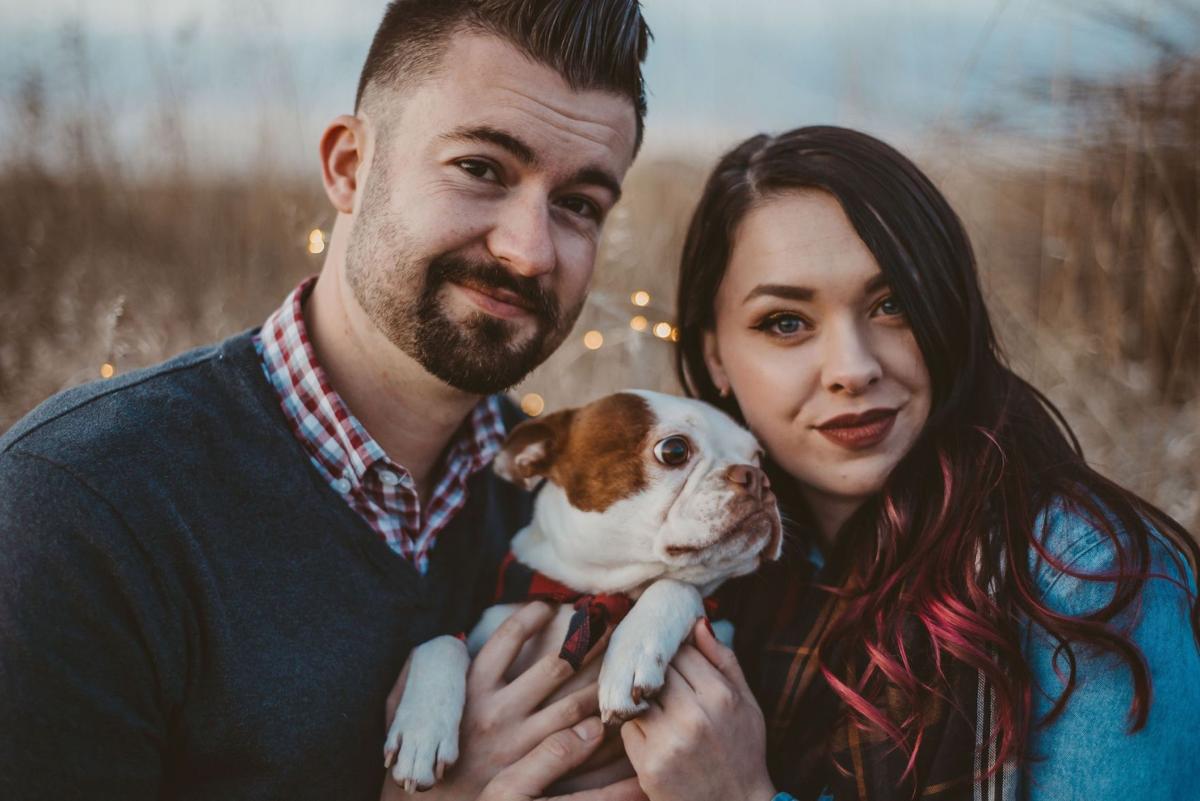 Garrett Vetter and his girlfriend, Lakin, relocated to Gothenburg in April 2018.

Garrett Vetter and his girlfriend, Lakin, relocated to Gothenburg in April 2018.

One indicator of a strong community is its ability to attract young professionals to fill jobs and move to town.

That is an area that Gothenburg seems to be good at, and Garrett Vetter is one example of that.

Vetter moved to Gothenburg in April 2018, when he was hired as the Clinic Operations Director at Gothenburg Health. Though he’s not yet 30-years-old, Vetter brings with him a wealth of knowledge and experience that he said suits him well for his current role.

He is no stranger to rural settings. “I was born in Denver and spent the first few years of my life in that area. But as the rural nature of Colorado began to decline due to the growth of Denver, my family moved to Chappell, Nebraska when I was about 10-years-old,” said Vetter.

He graduated from Creek Valley High School, and the following Fall moved to Kearney to attend the University of Nebraska-Kearney majoring in biology on a pre-med track. But Vetter isn’t the kind of guy to just be satisfied as a full-time student; he chose to add more education, and a job, into his life.

“In my sophomore year I started taking night classes at Central Community College and began working for the Kearney Community Foundation while remaining a full-time student at UNK,” he said.

Vetter earned his EMT-B certification at CCC and started volunteering at the newly established free clinic in Kearney. “My job there was two-fold; I volunteered as an EMT and also worked under the umbrella of the community foundation,” Vetter explained.

“The free clinic was brand new, so in my capacity, with the community foundation, I helped fundraise to open their doors. That was in April, and in October I was hired to run the practice. I worked there as operations director full-time, while still going to college full-time.”

For the next three years, Vetter ran the clinic, with duties that included everything from handling all of the financials to recruiting physicians. “Patients who were uninsured and 200% below the poverty level were seen free of charge,” said Vetter. “When I started we had three providers, and while I was there we brought in five more general practitioners and over 10 specialty providers.”

He said his work at the clinic forced him to take a closer look at the direction in life he was taking, and what he wanted to do. “In my junior year of college, I shifted my career path. I didn’t change my major - I graduated with a double major in psychology and biology.”

He said the shift came in his thoughts about what he wanted to do with that education.

After graduating with his bachelor’s degree in 2017, Vetter was accepted into a master’s program focusing on public health practice and administration at the University of Nebraska Medical Center. He will complete that program this Spring.

“I had a lot of networking opportunities in college, especially through the community foundation. We worked with so many non-profits and I ended up meeting a lot of people,” Vetter said. “The free clinic model was the successful answer to a lot of healthcare disparities. It was a creative solution to a problem.”

He was recruited by Gothenburg Health in April 2018, and said he was very impressed on his first visit. “Deb (Egenberger) and Aaron (Coleman) gave me the tour of the town, which was wonderful. They even pointed out available housing. Everyone here just welcomed me with open arms,” he said.

His role is to oversee the Gothenburg Rural Health Clinic, the outpatient specialty clinic, and the Brady clinic. “We have quite an array of available services that a lot of rural facilities don’t have,” Vetter said. “We have a lovely facility that makes it possible to offer these types of services. And we have a great team of primary care providers. One of the primary focuses here is how to keep people out of the emergency room. And that made me excited to come here.”

Vetter said since moving here nearly two years ago, he has gained a tremendous amount of respect and admiration for the community and the people in it. “Gothenburg is a very progressive town that has a mentality when they tackle challenges, that is indicative of a much larger community. The collaborative approach here to handling things strongly contributes to the community’s success,” he said. “The work we do here and the way Gothenburg handles challenges doesn’t feel like a rural setting.”

Though new to the community, Vetter was anxious to get involved. He is a member of the Gothenburg Rotary and the Chamber of Commerce Board of Directors. He also works with a Dawson County advisory board to assess healthcare needs in the county, is a member of the Nebraska Public Health Association, is the state secretary for the Nebraska Medical Group Management Association and belongs to the National Medical Group Management Association.

Vetter is an only child, and his parents have relocated to the warmer climate of Texas, “making me the lone Nebraskan in the family” he laughed. His girlfriend, Lakin, works at Hecox Dentistry - “and we have a dog”, he added.

“Gothenburg does such a good job of celebrating its wins - and they have plenty to celebrate,” said Vetter. “This is a wonderful place for me to grow while doing a lot of really good stuff. And it’s wonderful to be part of an organization that cares so much about the community and the people we serve.”

Here are some interesting facts from 1992:

The New Word: A Japanese word, “Bushusuru,” was coined after George H.W. Bush publicly vomited on the Prime Minister of Japan during a formal state dinner. The word literally means “to do the ‘Bush’ thing” or to “vomit in public.”

The Movies to Watch include: A League of Their Own, Sister Act, The Bodyguard, Unforgiven and A Few Good Men

Cost of a daily newspaper: 25 cents

Acting Awards: Jack Nicholson was nominated for a Golden Globe for best actor and a Razzie for worst actor for his role in 1992’s Hoffa.

CELEBRATING THE DECADES: Under 30, Ristine gives back to his town while helping feed the world

About 98% of the two million farms that dot America’s landscapes are operated by families – individuals, family partnerships or family corpora…