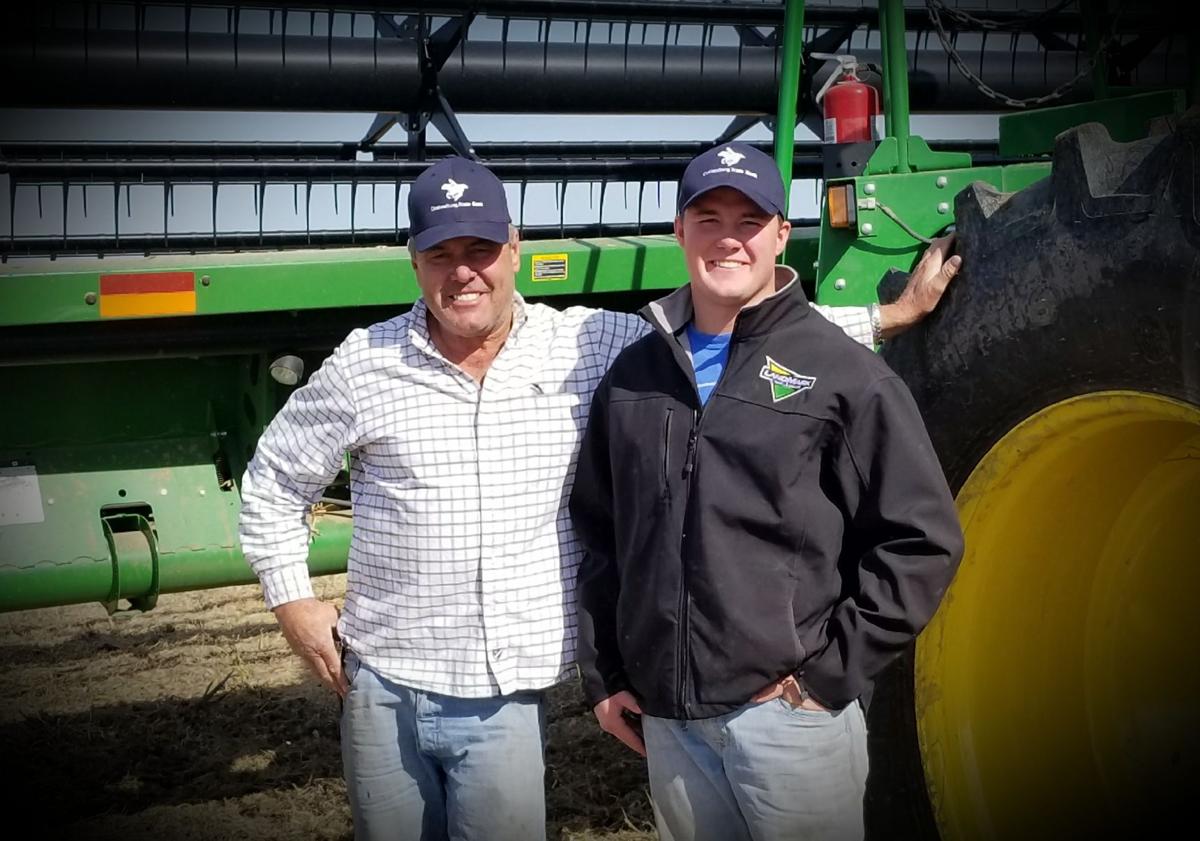 GHS graduate Blake Ristine returned to the family farm after earning a degree at UNL, and is committed to his hometown. 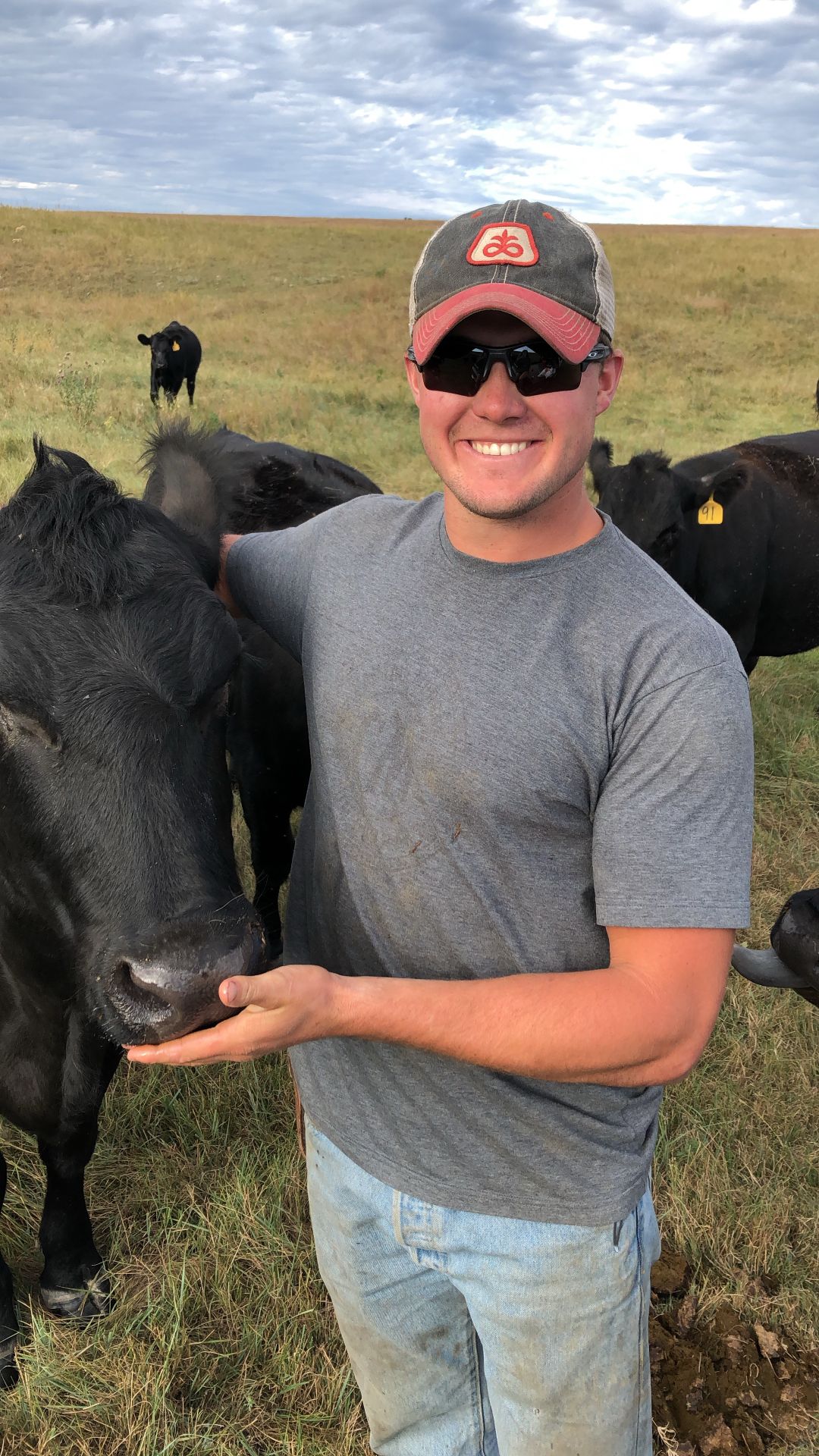 The cow/calf pairs are an important part of the Ristine family farm, and something that Blake enjoys.

GHS graduate Blake Ristine returned to the family farm after earning a degree at UNL, and is committed to his hometown.

The cow/calf pairs are an important part of the Ristine family farm, and something that Blake enjoys.

About 98% of the two million farms that dot America’s landscapes are operated by families – individuals, family partnerships or family corporations, according to Farm Bureau. There are currently 7 billion mouths to feed on our planet, and that number is expected to grow to 9 billion by 2050. Jobs and careers in all sectors of agriculture will be vital to keeping up with the global demand for agricultural and food production.

The latest statistics show a 39% gap in the labor supply for agriculturally-based job openings across the nation. With farm and ranch families comprising only about 2% of the U.S. population, these kinds of numbers exemplify the need to keep the next generation of farmers and ranchers interested in keeping the industry going.

However, it wasn’t numbers or statistics that brought Blake Ristine back to the family farm - it was simply passion.

“Farming has been 100% of my life. My great-grandfather started the farm - I’ve always loved it, and always knew this was where I would be,” Ristine said.

Other than his college years, Ristine has spent his life in Gothenburg and on the family farm. After graduating from Gothenburg High School in 2014, he headed to the University of Nebraska-Lincoln to study ag economics. He joined a fraternity at UNL - Alpha Gamma Rho - which he said is one of the most beneficial things he has ever been a part of.

“Fraternities get a lot of bad media attention, but it really was very professional. My time there made me a better person,” he said.

“I wouldn’t say going to college is exactly necessary for farming, especially if you have been around it your whole life,” Ristine explained. “But college gives you a lot of little skills that will help you build a better farm. You meet such a large network of people that you are able to call when you have a question about something that you might not be able to figure out on your own.”

Ristine said that even though he acquired a lot of knowledge of new skills in his college classes, coming back home and learning from his dad was very important to him.

“I kind of started my farming career when I was in high school and college, so there was never a question about coming back here,” he said. “And I’m really glad I did. I have no regrets at all about that.”

The Ristine’s have a cow/calf pair operation and raise corn, soybeans and alfalfa.

“I like the variety of having both livestock and crops. One of the things I like most about farming is that no two days are ever exactly the same,” said Ristine.

While he strongly advocates for the next generation to return to the family farm, Ristine also encourages young people to leave their hometown, even if it’s just for a short time.

“I think it’s good for a young person to get away for a little while, just to give you a new appreciation of what we have here,” he said. “But we need these young guys and gals to come back to the farms to keep them going.”

Since returning to his hometown, Ristine has taken steps to become more involved in his community. He teaches a 7th and 8th-grade class at his church, is a TeamMates mentor and is on the Gothenburg Improvement Committee (GIC) Board of Directors.

“My great-grandmother was extremely involved in the community, so if I could eventually come even close to her...that would be pretty good,” he said.

"Blake is an amazing young man and neighbor. He always makes time for our son, Lathan. When driving down our street, you may find Blake kicking a soccer ball or playing catch with Lathan. "

Here are some interesting facts from 1995:

The Java computer language was invented.

Notable books include: The Horse Whisperer by Nicholas Evans and The Golden Compass by Philip Pullman

Forbes Magazine announced that Bill Gates was the richest man in the world with a net worth of $12.9 billion dollars.

The Verdict: On Oct. 3, 1995, when OJ Simpson was acquitted of murder on both counts, so much work stopped to pay attention to the verdict that it cost American companies an estimated $480 million in lost productivity.

CELEBRATING THE DECADES: Under 30, He came for a job and fell in love with the town

One indicator of a strong community is its ability to attract young professionals to fill jobs and move to town.