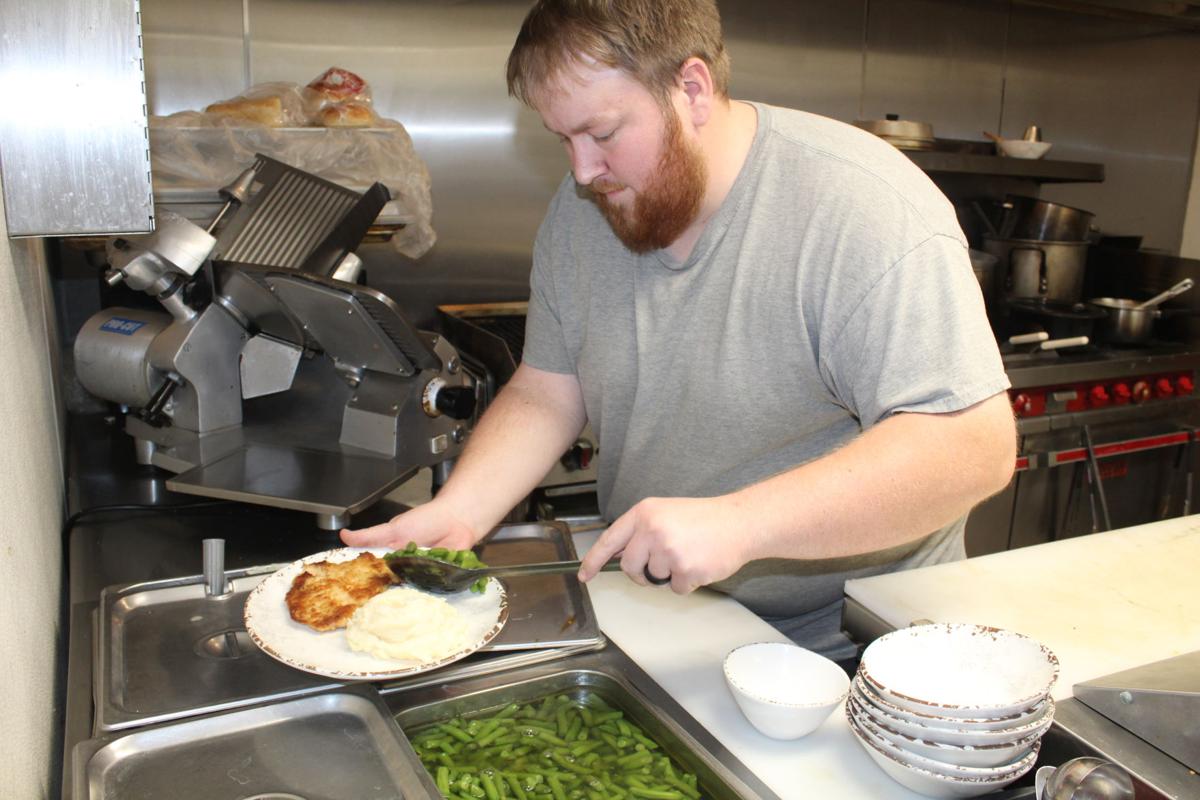 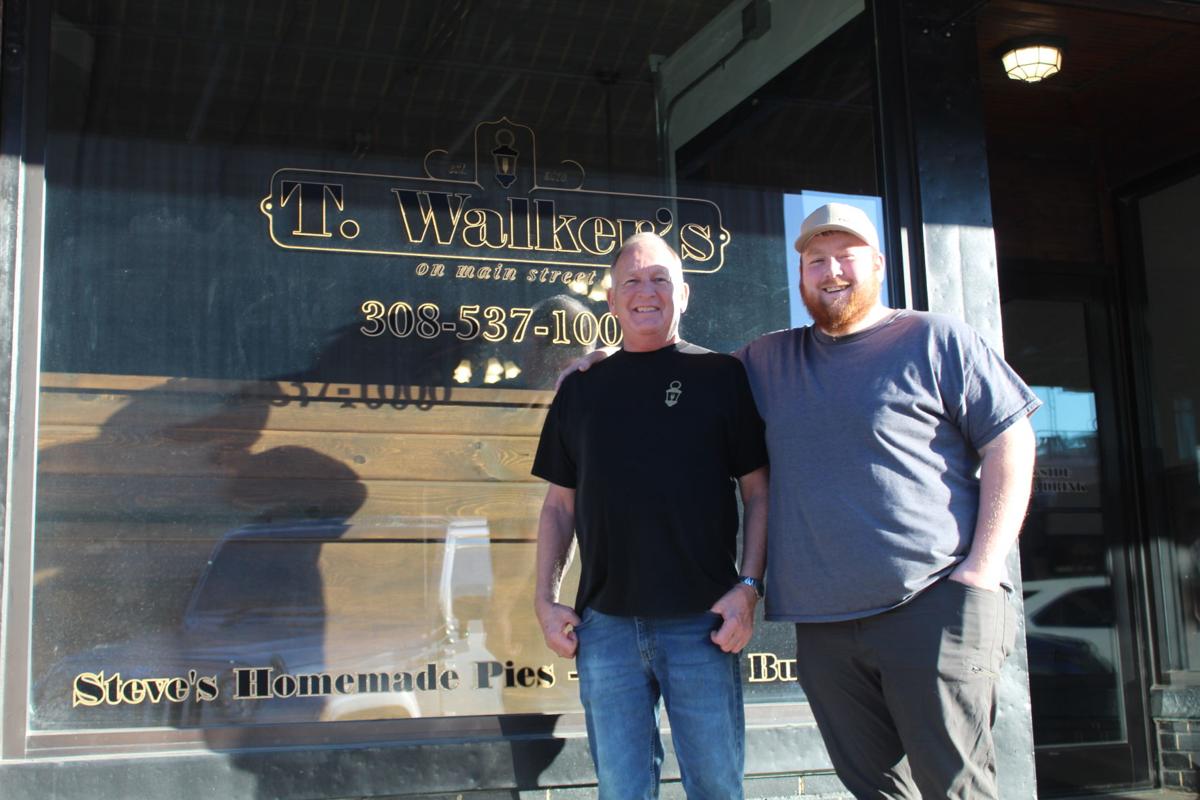 Taylor Walker, right, has followed in his dad’s footsteps by opening his own restaurant in Gothenburg. His father, Steve (left) was the long-time owner of Walker’s Steakhouse.

Taylor Walker, right, has followed in his dad’s footsteps by opening his own restaurant in Gothenburg. His father, Steve (left) was the long-time owner of Walker’s Steakhouse.

Flipping burgers and waiting tables brings back fond memories for Taylor Walker. His dad, Steve, was in the restaurant business for most of his life, as was his mother before him. So you might say the business is in Taylor’s blood. But it certainly was not in his plans for a career.

After graduating from Gothenburg High School in 2011, Taylor headed off to the University of Nebraska-Kearney to study elementary education. He planned to become a teacher.

After two years of college his path took an abrupt change. “My dad was having some struggles with staffing, and I was kind of at a crossroads with what I wanted to do, so I decided to come back here and help him,” Taylor explained.

He helped his dad keep Walker’s Steakhouse going until Steve made the decision to retire in September 2016. At that time Taylor saw the opportunity to return to school, transferring his credits to Mid Plains Community College and relocating to North Platte to continue his education toward a teaching degree. All seemed to be going according to plan, until…

“My dad told me about a dream he had that I opened my own place. I told him that was pretty far-fetched and just laughed it off, but he really thought I should look into it,” said Taylor.

So he did. With the support of his dad, Taylor approached the Gothenburg Improvement Company (GIC) to see if there was any financial assistance they could offer in opening a new business. While the group was completely on board with the idea, Taylor said, they could only offer a portion of the necessary funding.

Taylor then went to one of the local banks, and was told he would need a 20% down payment for the project. “I thought that was where it ended. I didn’t have the money,” Taylor said.

But while he was prepared to throw in the towel on the whole idea of a new restaurant in Gothenburg, his dad and sister were not. “My dad and Steph began looking at different options, and decided to take our business plan to another bank. That bank got completely on board and gave approval to move forward,” explained Taylor.

The next step was to take the idea to the City Council for approval, which he got. Taylor then acquired the building and went to work.

“The front of the building did not need much work, but we completely renovated from the counter back,” Taylor said. “We had to build a kitchen and bring everything up to code.”

People in town were so curious that Taylor said they had to put wrapping paper over the windows during the renovation process. The highly anticipated T Walker’s on Main Street opened for business on April 19, 2018.

“It was a new adventure. We all kind of missed it, so we were all excited,” said Stephanie Walker about her brother’s decision to follow in the family footsteps.

Taylor said Stephanie helped him put the ideas and business plan together. The whole concept, they said, was to keep it small - something the family could manage themselves.

“There are always staffing issues in this business, so by keeping the size manageable enough for us we were able to eliminate most of that,” Taylor explained.

Taylor also decided to break up the hours each day that the restaurant is open. By closing during the afternoon between 2:00 and 4:00, he said it gives him an opportunity to go home for a little bit and take a break. Steve and Stephanie do the same. The restaurant is only open on Saturdays during the evening, and on Sundays from 11 a.m. to 2 p.m.

“I try to regulate a couple of days a month just for myself,” said Taylor. “And dad and Steph do the same thing. At the end of however long of a career this becomes, I don’t want to feel like I have wasted time.”

Taylor said he loves this town and the legacy his grandmother and father have created in the food industry here. He said he has no regrets about the decision he made, and he is grateful for the support of his family - especially his dad.

“I grew up with the best teacher anybody could have, and if anything was going to work this was. My dad will always have my back.”