A View of the stage inside The Band Factory in Cozad which will play host to the Give Big Talent Show on November 6th. 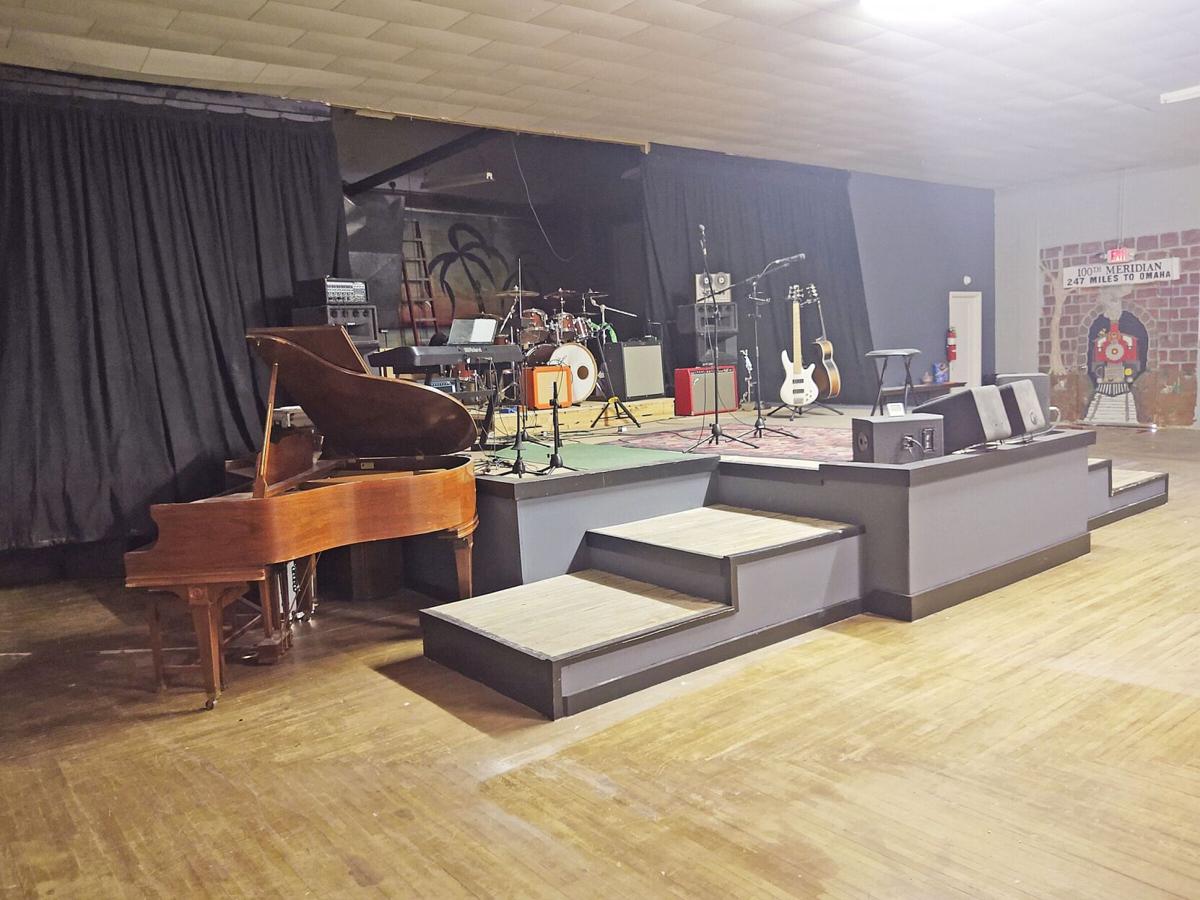 The Band Factory stage will come alive on Nov. 6 when the Give Big Talent Show will allow area performers to strut their stuff in the name of giving back to the community.

A View of the stage inside The Band Factory in Cozad which will play host to the Give Big Talent Show on November 6th.

The Band Factory stage will come alive on Nov. 6 when the Give Big Talent Show will allow area performers to strut their stuff in the name of giving back to the community.

A unique new business has opened in Cozad unlike anything between North Platte and Kearney. It’s called The Band Factory, and owners Mark Lewis and Alexandra Oberg are beyond excited to share their vision with this area.

Mark said he and Alex were first introduced to the concept while living in North Platte. “There was a place in North Platte called The Band Studio and we hung out there. Different musicians and a couple of different bands came out of there. But when we moved to this area we really missed that whole atmosphere of just playing music and hanging out,” Mark said.

The couple decided to try to replicate the experience and began searching for the perfect location. They found a building in Cozad that had once been the home of The American Legion Hall and was now available, and in January 2021 they secured the building.

It took a little work to convert the building into a space to accommodate their plan. The first order of business was to paint - no small task for such a large space. “Jen McKeon from the development corporation came in and asked what we needed, and I said that at the moment we could use some paint,” Mark recounted. “So she contacted a few people and within a short time we had about 25 gallons of paint donated.”

It was now March, and as most know at that time materials became extremely difficult to come by and very expensive. So Alex and Mark utilized the resources available to them; they gathered pallets to repurpose rather than purchasing lumber. They tore down a wall that had been in the center of the large space and reused the 2x4’s and drywall to build the stage. The pallets became the stage itself.

“We want to bring live music and entertainment to the community and this area. We want to host one show a month and hope to host nine big shows each year. We also want the building to be used to host community events, such as receptions and reunions,” Mark explained.

The Cozad Art Guild and Cozad Art Club provided large paintings that now decorate the walls of The Band Factory. A cornhole league will also be starting up soon on Wednesday nights.

The building itself is over 7,000 square feet and Mark said they have been cleared by the fire marshal for 286 guests not including staff. “The community has been so great to us - donating time and donating materials.”

While working in the building one day Mark and Alex were approached by the mayor asking if they would be interested in participating in the Give BIG Cozad event. The couple decided that would be the perfect time to not only say thank you by giving back to the community, but also giving people an opportunity to see The Band Factory in action.

Cozad Community Foundation (CCF) will host Give BIG Cozad for the second consecutive year on Wednesday, Nov. 10 at the Cozad Elks Club, 820 J Street. Robyn Geiser of CCF explained that the goal of Give Big is to make a positive impact on local non-profits, raise awareness, and connect the surrounding communities.

For their part in the Give Big event The Band Factory, located at 207 East 9th Street in Cozad, will host a talent show on Saturday, Nov. 6 at 7 p.m. The winning “talent” will receive $500, and second and third place acts will also earn prize money. Mark said they currently have 10 acts booked for the show but are still looking for more.

“There are some bands and vocalists that have been around for a while that have entered. We haven’t got any comedians or jugglers yet, but we’re hoping,” Mark laughed.

“There is a lot of really good talent in this area that people just don’t know about,” Mark said. “And in 2020 Covid just killed live entertainment, so we really want to bring that back.”

The acts for the talent show will be judged by the audience. Poker chips will be handed out as people come in and audience members will place their chips in the corresponding containers for the act they are voting for. Alcohol will be served so guests must be 21-years-old and over.

Talent can still sign up and tickets can be secured in advance by calling Mark at 308-520-2627, finding The Band Factory on Facebook, or send an email to thebandfactoryincozad@gmail.com. Tickets will also be available at the door before the show. Doors open at 6pm.