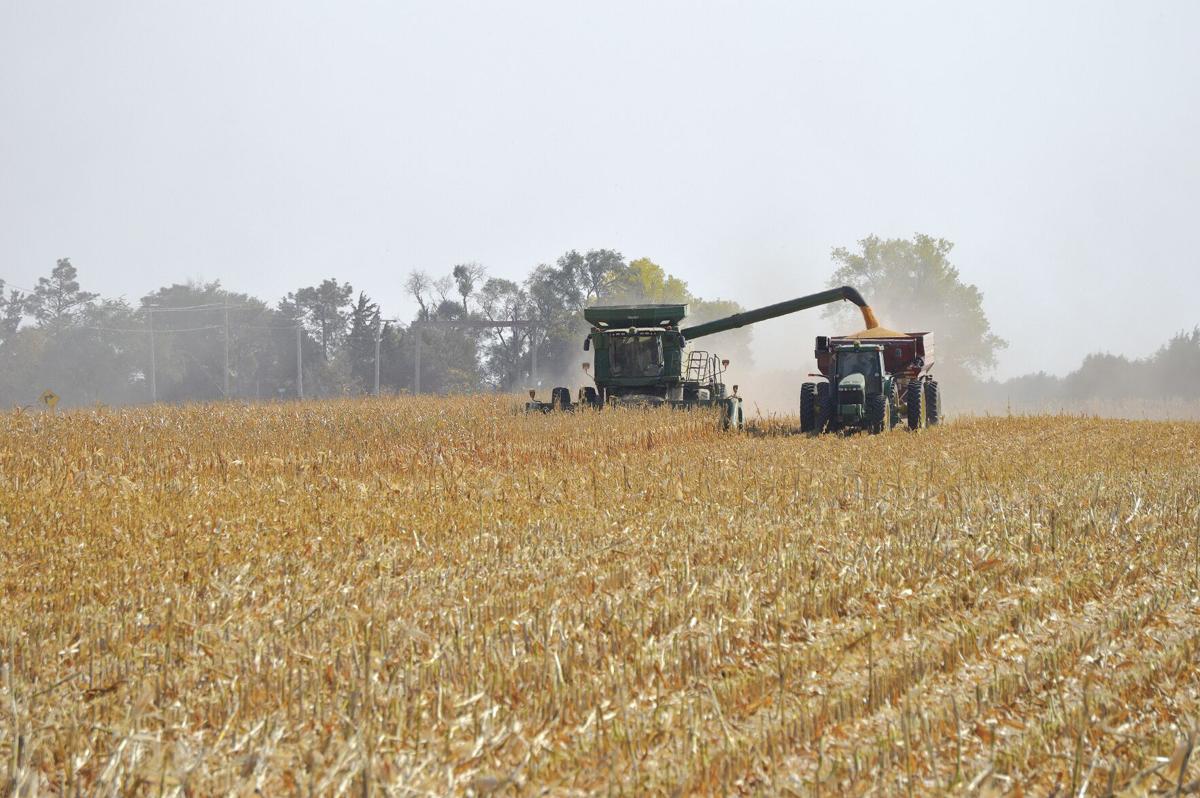 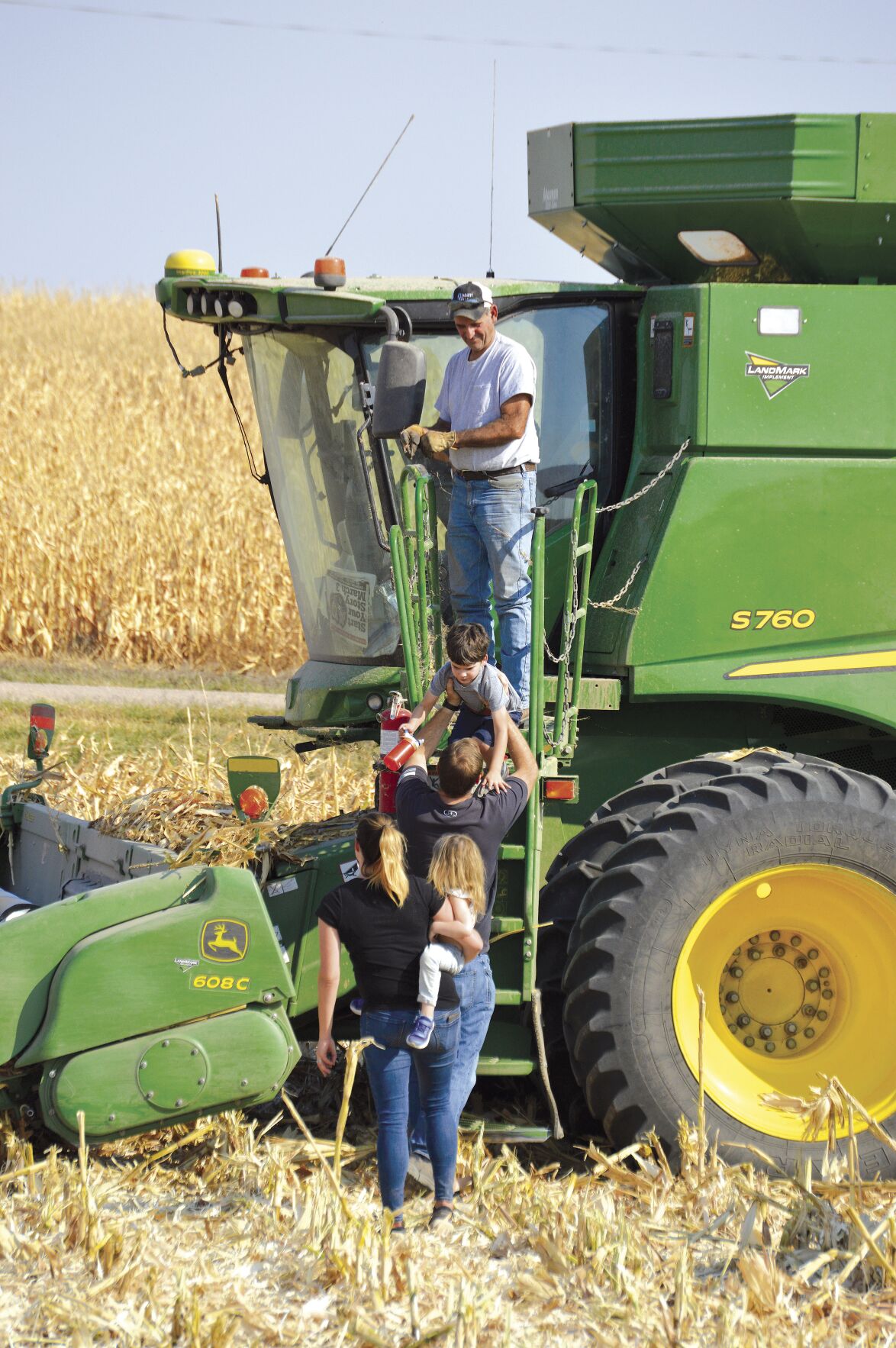 Harvest is still a family affair. Three generations of Rosemary Alberts’ legacy are represented in the field helping with harvest this year. (top to bottom) Mark, Camden, Nic, Eden, and Kristen Alberts. 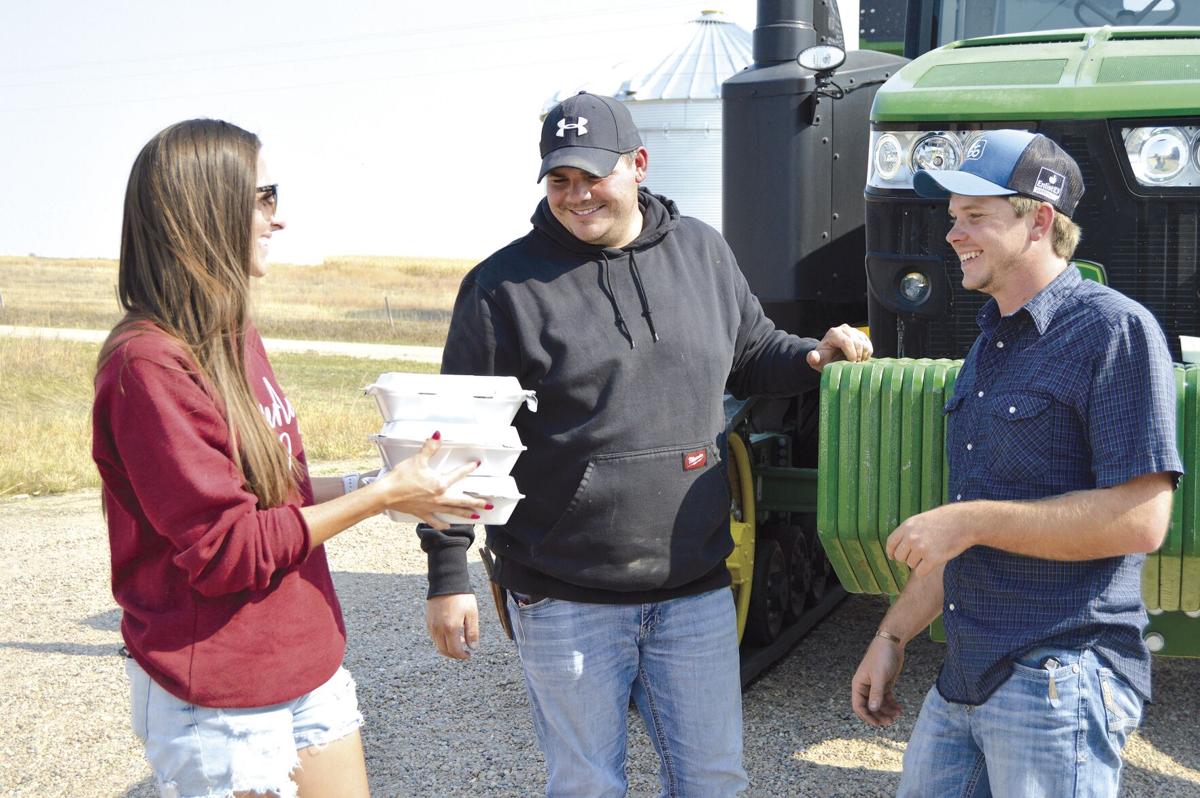 Taylan Carlson brings out lunch for her husband and crew during a busy harvest season, one of the many ways wives contribute to getting the crop in. 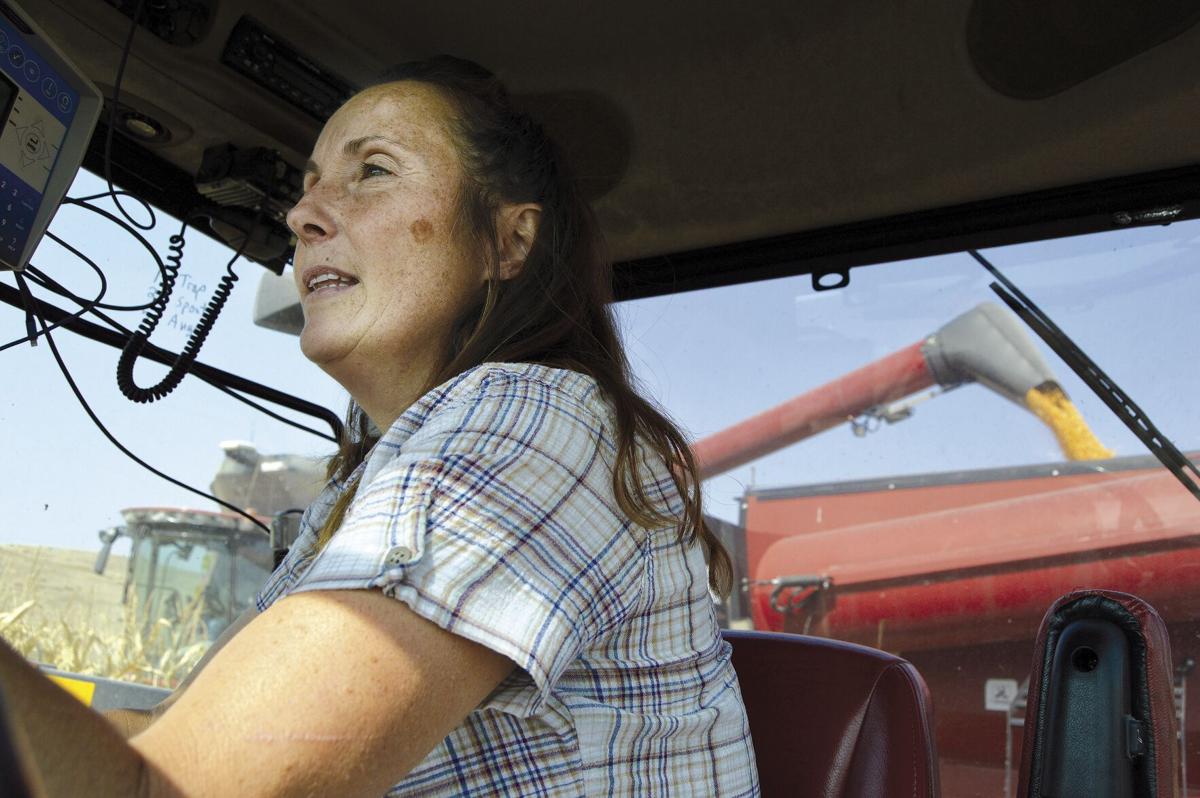 George and Rosemary Alberts as a young couple beginning their farming journey together.

Harvest is still a family affair. Three generations of Rosemary Alberts’ legacy are represented in the field helping with harvest this year. (top to bottom) Mark, Camden, Nic, Eden, and Kristen Alberts.

Taylan Carlson brings out lunch for her husband and crew during a busy harvest season, one of the many ways wives contribute to getting the crop in.

George and Rosemary Alberts as a young couple beginning their farming journey together.

Farming is something of an anomaly among businesses. It is the oldest occupation on earth, and for thousands of years, families toiled together to survive off the land. What produced a crop? It wasn’t simply the one who planted the seeds and harvested them. Every member of the family pitched in to take care of every task from cooking to building barns, and from weeding to tending livestock. Every task completed was pivotal to survival.

However, in the early 19th century, industrialization changed the way we defined work. According to a 1989 article in “Great Plains Quarterly” by Richard W. Rathge, during this time, the family unit was split into two areas of responsibility. First, the role of producing an income by some sort of marketable product, almost always by the husband. The other role typically fell to the wife, that of the management of the household and children. Because the nature of how we define work changed to reflect modern industry, the role of the woman of the house somehow became disassociated with the term. Thus, the label of ‘house wife’ was created, and more specifically for our purposes here, the ‘farm wife.’

It’s interesting to me to take a closer look at the labels we create, because often, those labels prove insufficient in painting a picture of the people that have helped build America into what it has become in the last hundred years. At first glance, it appears that the traditional gender roles of the past have loosened as the decades crept by. Female roles in farming have risen to 1.2 million (2017 Census of Agriculture), thanks to women’s liberation movements or a society that has become more accepting of women in the workforce. However, after digging a little deeper, I found that the truth is actually more complicated than that. Truth often is.

Rosemary (Rubenthaler) Alberts was raised on a farm north of Gothenburg, and in 1951 married a handsome local boy by the name of George Alberts. In 1952, they rented their first farm, and she became a farm wife, shouldering the yoke right alongside George.

“I didn’t know there was any other way to be. My mom always worked on the farm, and so I just thought that was what you did,” she shared. “Of course, I was always a tomboy, so I liked being outside and taking care of things.” Rosemary, like many other wives, learned quickly that just because you aren’t directly being paid, that doesn’t mean you don’t work hard!

“Most days started around 5 a.m., never later than 6 a.m., and we didn’t usually quit for the day until around 10 p.m. during the busy seasons,” she explained. “I cooked breakfast, fed the pigs, took care of the yard, fixed dinner and supper. Anything around the farm I could help with, I did. I also took a lunch out to the field midday to George. I didn’t expect him to go from noon to 10 p.m. without a little something to eat,” she remembers. Along with this typical work, she pitched in wherever she was needed: repairs, bookwork, errands, harvesting, trucking, and of course, raising their three kids. George had lost a hand in a corn picking accident during their first harvest, so she witnessed some pretty tough adjustments. Through it all, she helped build their farm into a successful business that their son, Mark, has taken over and expanded.

Rosemary took an active role in the outside chores, but not all farm wives share that depth of experience. Regardless of how involved she is in the physical work, the farm wife fills a vital role. More than any other business, the contributions of a husband and wife on the farm are co-dependent.

Rathge commented in his article, “The tasks performed by household members are intertwined and cannot be easily separated without distorting the true nature of farm labor. Tasks such as field work, barn chores, and livestock management are no more essential to farming than are maintenance activities, domestic tasks, and childcare on the farm. Yet, only those activities which are most visible are recognized by policy makers as farm labor.”

In fact, it wasn’t until 1980 that a survey conducted by the USDA was completed attempting to assess the role of women on the farm. That survey was the beginning of the change in the ways farm wives were represented. Some wives had little to no input on business decisions and daily operations; some were the principal operator. The rest ran the gamut in between the two, but one thing was painfully clear: they were largely ignored by the government.

Thankfully, in the 40 years since those connections were made, big changes have been happening. We now track women’s varying roles on the farm, the USDA offers programs directed specifically toward women who are principal operators, and recognize the sometimes hidden supportive role that farm wives have labored in throughout history. As a result, the field, while always full of enterprising women such as Rosemary Alberts, has really opened up to women who want to take a more active role.

Today’s tough markets make that contribution even more necessary. Small family farms are diminishing, giving way to larger, expansive operations aimed at efficient use of labor and equipment to stay financially solvent. According to a Sept. 25 article in “Successful Farming,” corn that was worth $3.20/bushel in 1980 would have to sell for $10.87/bushel in 2020 to have the same buying power when adjusted for inflation and input costs. I don’t need to remind anyone that corn is nowhere near that price currently. Partnerships between husbands and their wives will continue to play a huge role in keeping their businesses afloat in today’s uncertain global climate.

The important thing to remember is, every farm wife is vital to the success of the farm. Whether they are in the field, in the home, working to earn a supplemental income, or any combination of these, the role of the farm wife is essential. It is a role that has evolved, maybe in some small ways, but mostly has just been finally recognized and celebrated after some time in the shadows. And that is the best evolution of all.