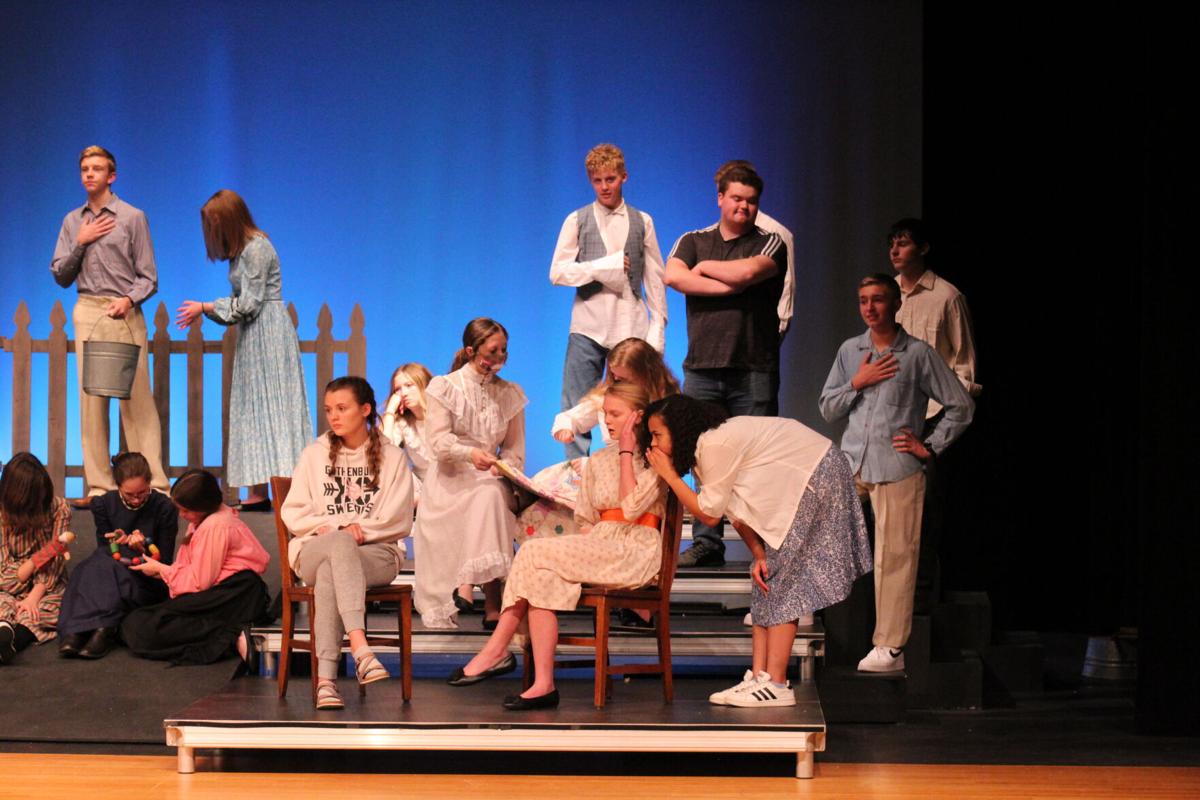 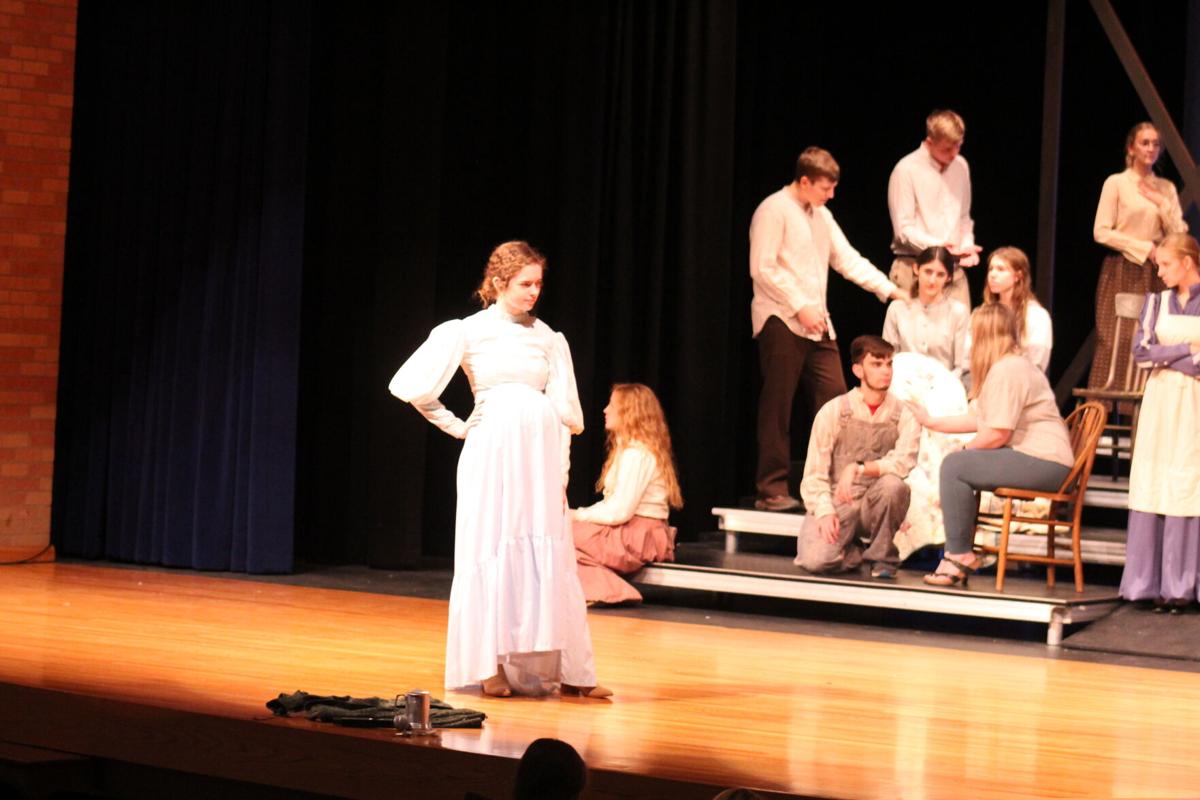 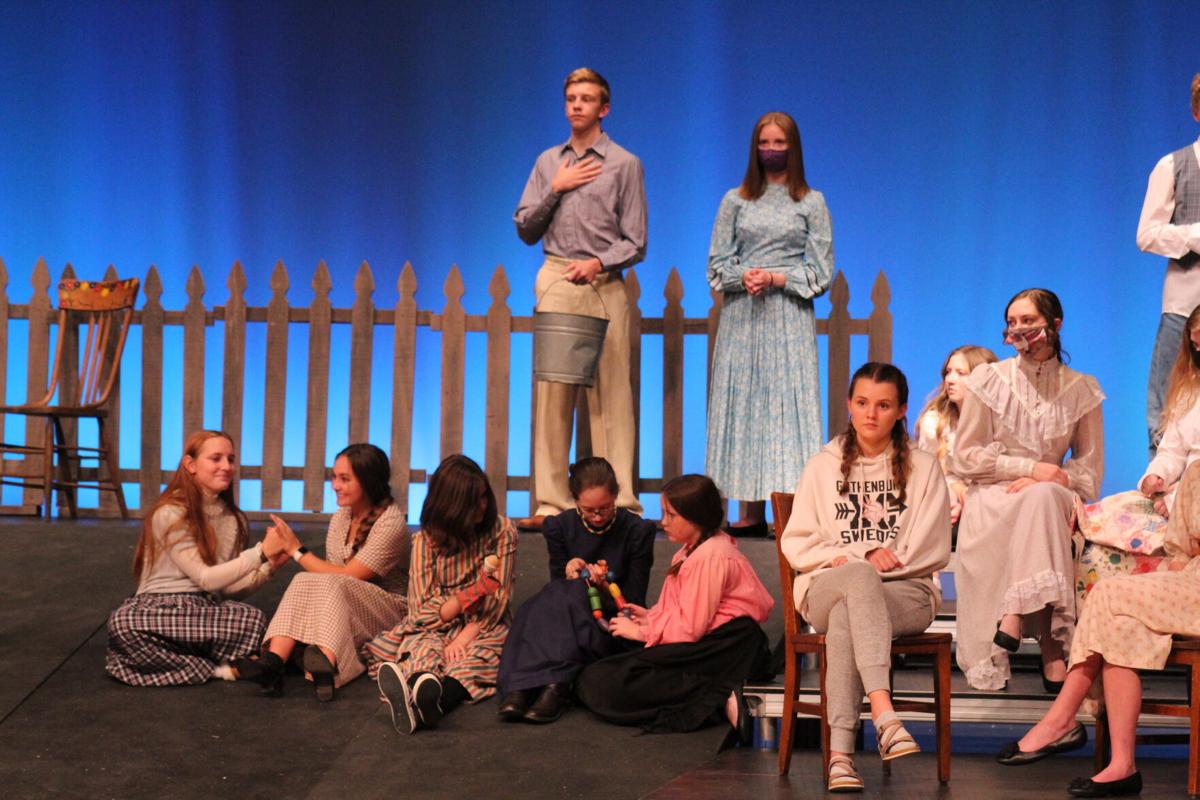 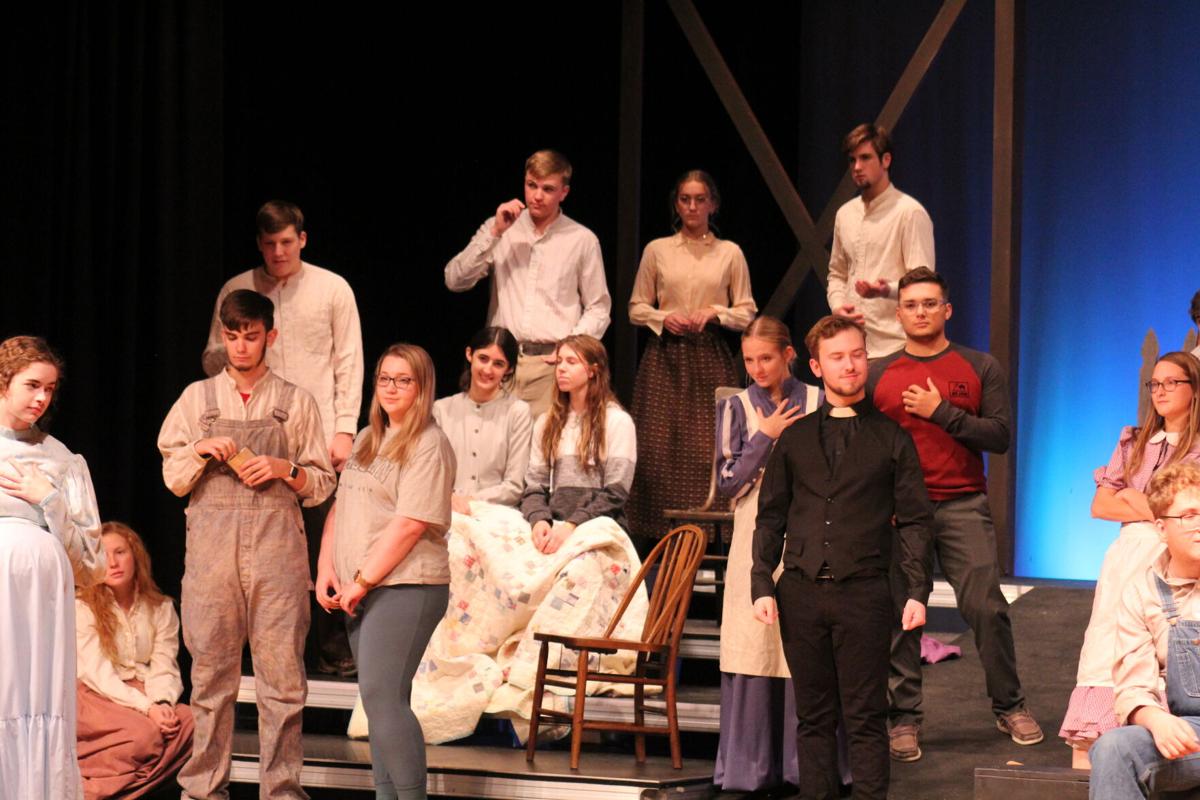 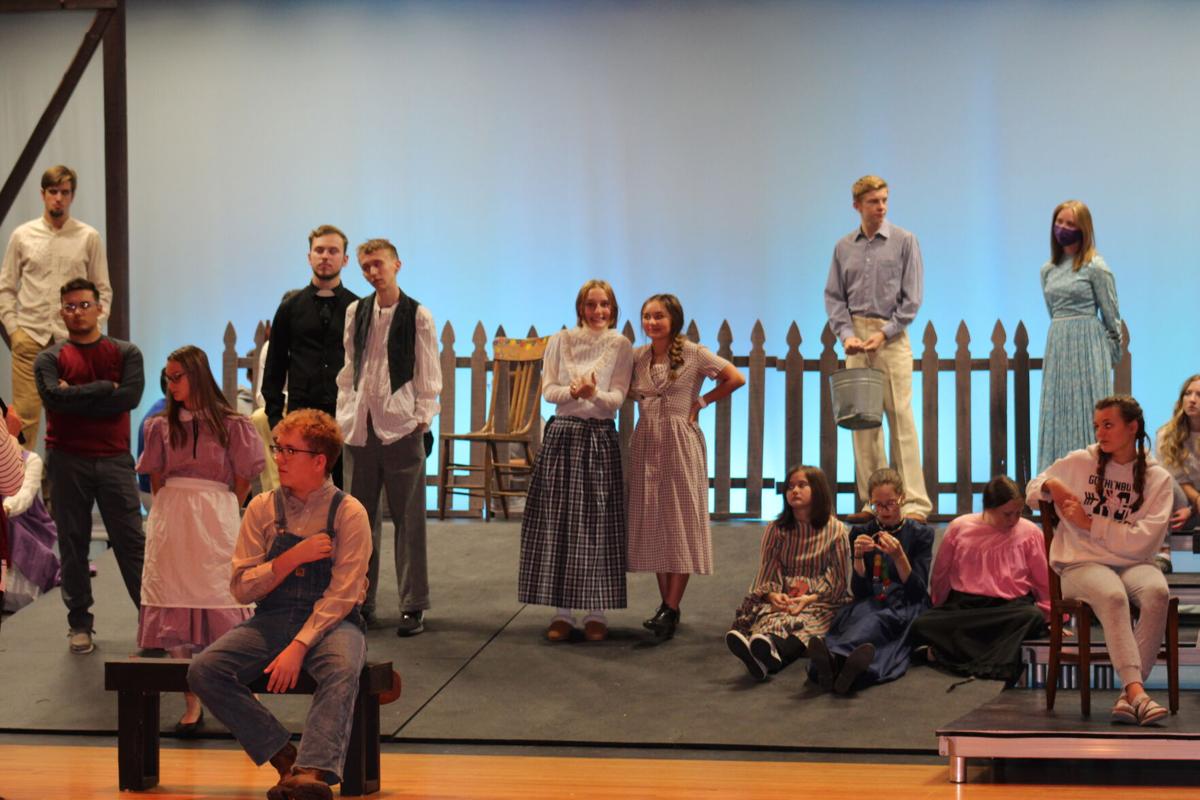 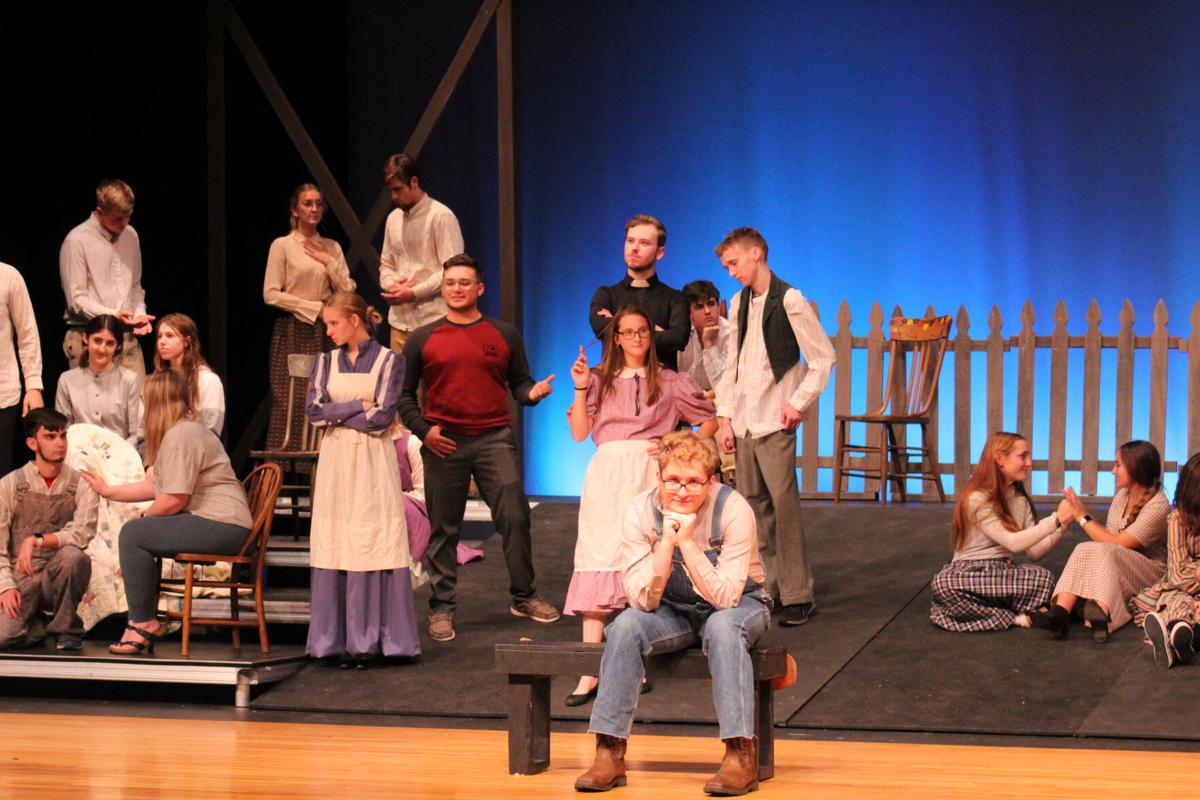 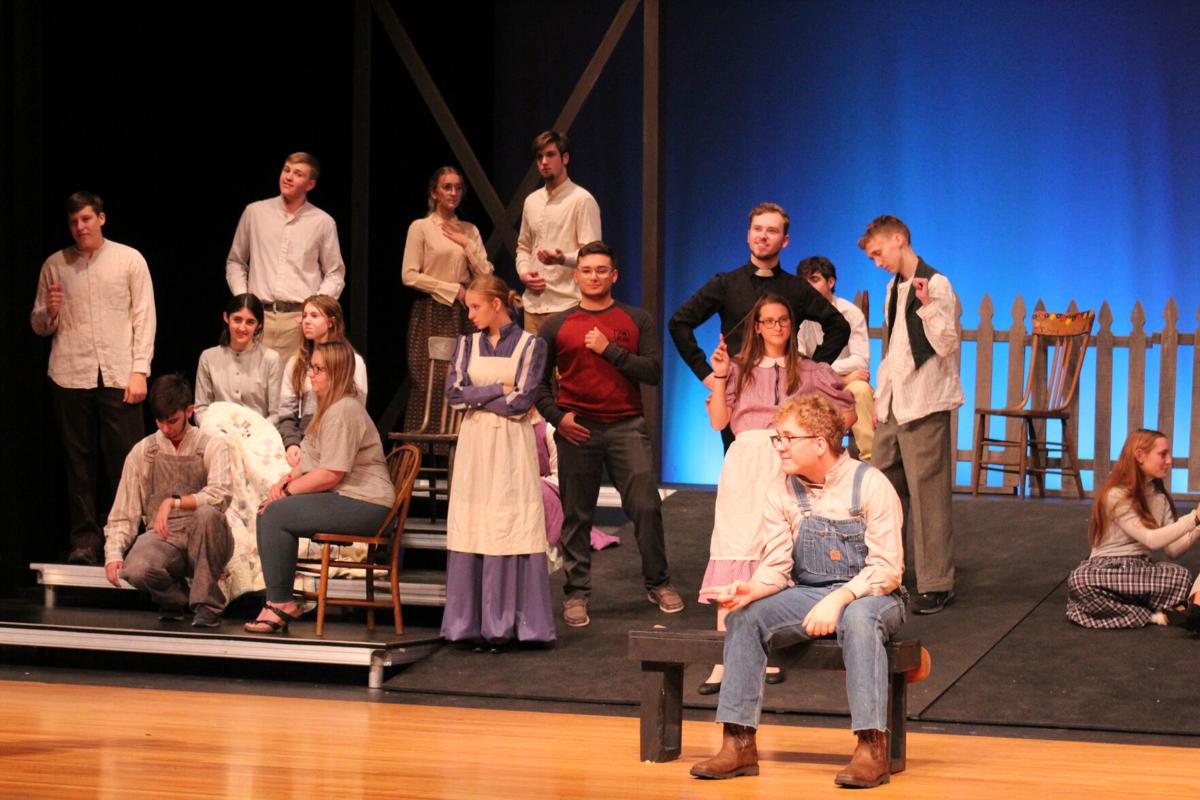 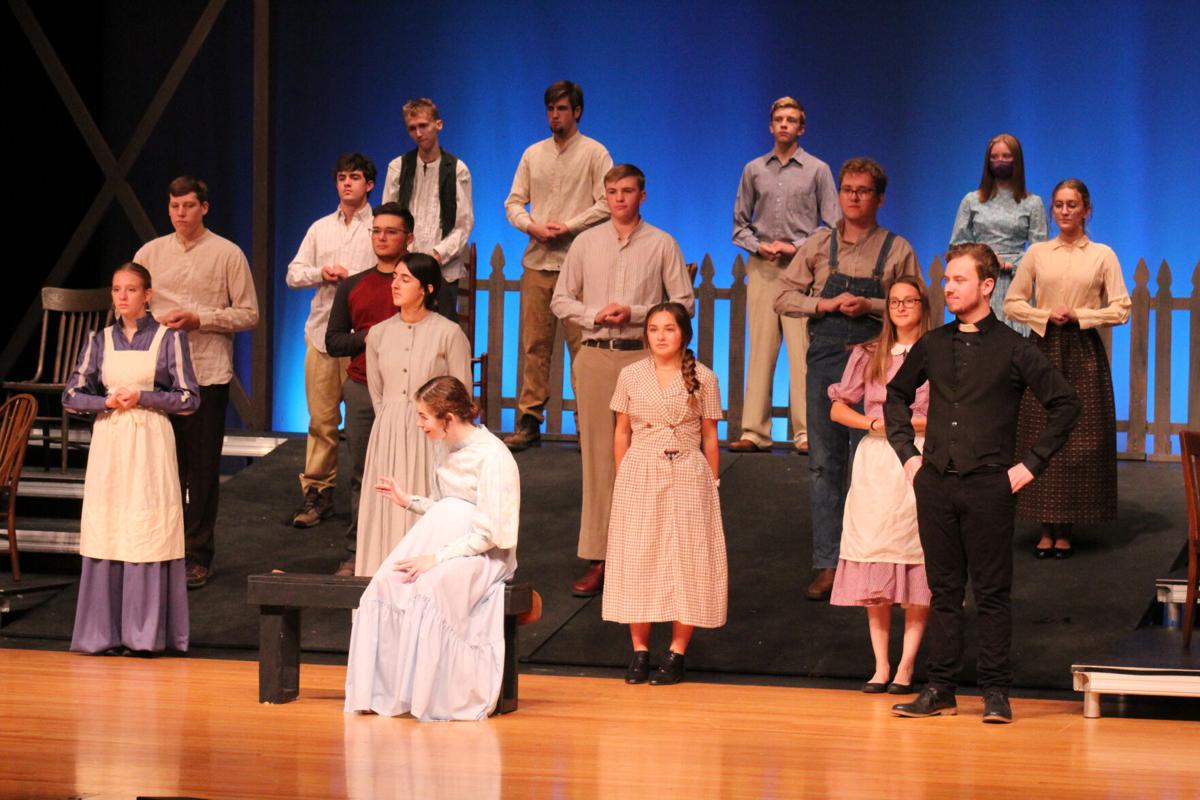 Gothenburg High School has a long-standing tradition for excelling in One Act Play competitions, and for having a large number of students involved in the production. This year is no exception.

There are 77 students involved in the cast and various crews of the 2021 One Act team, including 18 seniors and 18 juniors. “We are really relying on their leadership since last year's freshmen (this year's sophomores) didn't have a true season and this year's freshmen are new to the event as well, so it is safe to say we have a young team,” said co-director Lori Long.

This year’s play is titled “Anatomy of Gray” by Jim Leonard Jr. It is about a small town in rural Indiana in the late 1800s that is dealing with a great loss. When June's father dies, she prays for a healer to come to the small town of Gray, so that no one will ever suffer again; the next thing she knows, there's a tornado, and a man in a balloon blows into town claiming to be a doctor. At first, the new doctor cures anything and everything, but soon he is unable to cure what happens next. It is a tale of love and loss and forgiveness and hope.

“We chose this play because it tells a good story of neighbors helping neighbors,” explained Long and co-director Erin Feather. “While we expect there to be comparisons to present time, the play was written nearly 20 years ago. Our focus is how the community comes together and supports one another.”

Long said the play has a successful competition history; several years ago, two schools in the same NSAA classification (Class A) qualified for the state contest in the same year. She said she knows of at least two other schools also competing with this same script this year, neither of which are in Gothenburg’s classification.

We caught up with the senior cast members and asked them how many years they have been involved with One Act at GHS, and what they enjoy about performing.

Carson Lewis: “I’ve been in One Act all four years of high school. It’s truly a family.”

Cadyn Smith: “I’ve been in One Act all four years. I like seeing the other schools plays and how they evolve. I love the drama - people are allowed to not act like themselves.”

Michael May: “I have been in One Act for four years. It’s a really fun, really good program. Kids from every background get to perform together.”

Bailey Ryker: “I have been in One Act for three years. It’s a really fun experience - I wish I had done it my freshman year. I really enjoy speech and fine arts. I encourage all students to give it a try.”

Eve Healey: “I’ve been in One Act three years, because I was too scared to go out my freshman year. I decided to try it my sophomore year because some of my friends were doing it, and I really regretted not doing it my freshman year.”

Arissa Ackerman: “This is my third year in One Acts. I like being around all the people and the performing.”

Gavin Foster: “I started One Act last year, but it didn’t really count because it was so different. Mrs. Long encouraged me to try it. I just enjoy acting.”

Austin Schlake: “This is my fourth year in One Act. When I first tried it it was just something new to try, and now it is just a tradition for me.”

Callum Ward: This is my fourth year in One Act. I really like being able to entertain the community and having that outlet of expression.”

Elissa Foley: “I’ve been in One Act for all four years of high school. I was scared but all my friends were doing it. I just really love being part of the team.”

Helene Keiser: “I have been in One Act all four years. I really enjoyed putting on little plays at church so I decided to try this.”

Carsten Graves: “I’ve been in One Act all four years, because I came and watched in junior high and wanted to be part of that. The coaches and team are awesome - it’s fun to be part of that. We have very dedicated students. Last year we made it to state and hopefully this year we are on our way to that as well.”