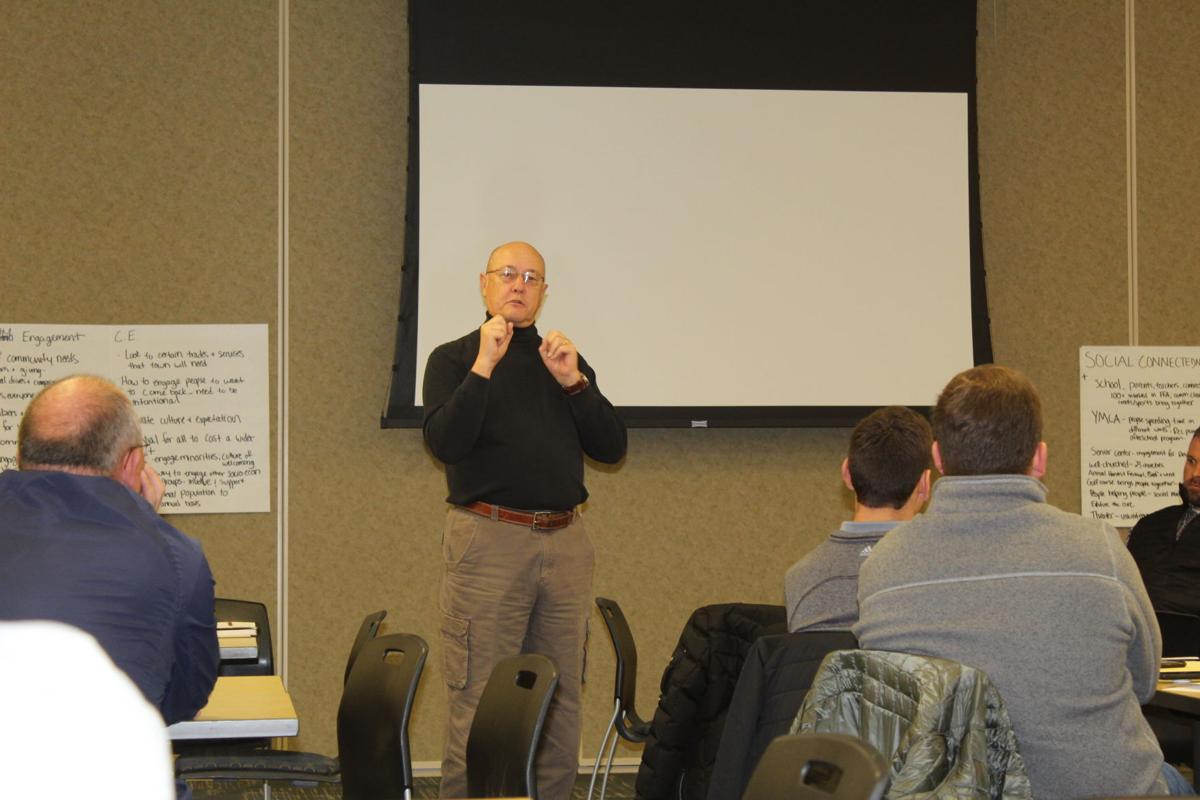 Mike Bacon presents information on Curbtender Inc., and the process by members of the GIC to bring the new business to town. 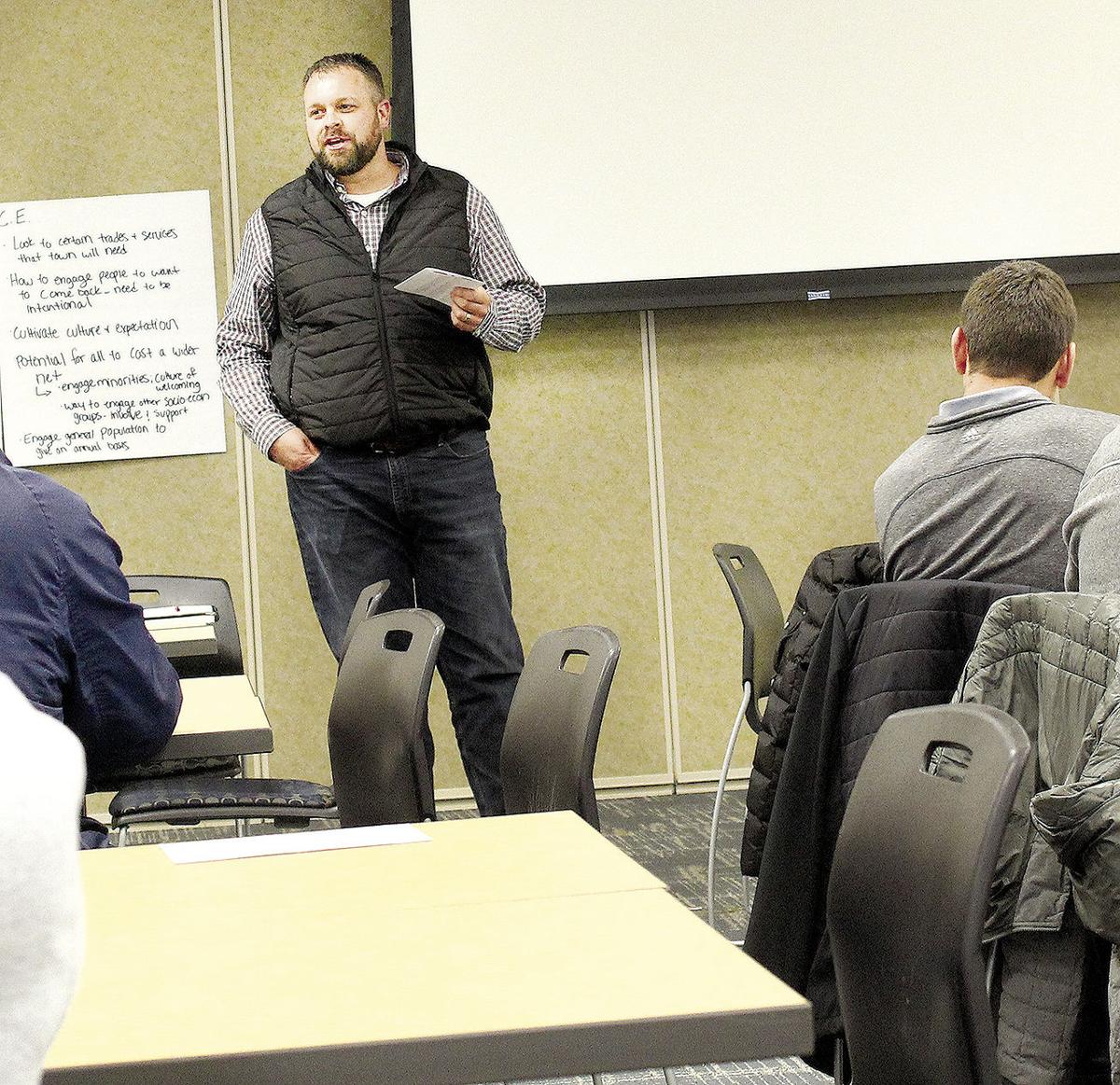 GIC board of directors gives update on the year’s activities, including new information regarding Curbtender Inc.

Mike Bacon presents information on Curbtender Inc., and the process by members of the GIC to bring the new business to town.

GIC board of directors gives update on the year’s activities, including new information regarding Curbtender Inc.

The annual stockholder meeting of the Gothenburg Improvement Company (GIC) went off as scheduled Nov. 26, despite the impending snowstorm.

There were two hot topics on the day - one regarding accomplishments that have been made in the community, and one celebrating the future.

Mike Bacon, a member of the GIC Board of Directors, presented an update on the town’s newest business, Curbtender Inc. Kevin Watje, CEO of the company, was scheduled to speak at the meeting; however, the weather prevented him from being able to attend. Regardless of the presenter, the information is exciting.

GIC Board of Directors vice president/secretary Joe Richeson explained how the scene unfolded. “This lead came to us from another community who had been at a conference and heard that this company, Curbtender, was looking for a site. They (the other community) knew we had a building, so they told us about it - and a couple of days later Mike (Bacon) and Colten (Venteicher) were on their way to visit them,” said Richeson.

Bacon and Venteicher went to Cedar Falls, Iowa to meet with the executives of Curbtender, Inc. “We found out they were heading to Las Vegas to a convention for a few days so we asked if we could go along. They made those arrangements and we went,” said Bacon.

When the pair got back to Gothenburg from their meeting, Bacon said the GIC went to work putting together a proposal for the vacant Baldwin building.

“We were one of five locations they were looking at. They had found a city in Missouri that was willing to give them a building that was bigger than ours,” said Bacon.

He said the first thing the company did was send Watje’s parents to visit the community.

“It was the same day we got the news about being a finalist for the All-America City, and at the end of the one-hour presentation we gave at Gothenburg Health ‘dad’ said, ‘I’m sold!’. They went back and sang our praises,” said Bacon. “We then had to prove we had a skilled workforce, and that was not easy. We did an online campaign and ended up with 284 applications - and they were blown away by what we had to offer.”

Bacon said there are currently four Gothenburg people working at the Gothenburg location, and the business plans to be in full production in January.

“Because Gothenburg passed the LB840 Initiative, that allowed the GIC to purchase the Baldwin building,” said GIC president Nate Wyatt. “We closed on the purchase of that facility in March 2019, and closed on the sale of the facility in September 2019. It worked out very, very well for the community.”

In his business activity update to the stockholders, Wyatt said the GIC is also working toward a plan for housing. “It is very difficult to find a place to build a house in the city right now. Please rest assured, that issue is being addressed,” said Wyatt. “We don’t have an opportunity to grow this community unless we build housing.”

The board also paid tribute to the All-America City designation and the role the GIC had in that process. A big shout-out was given to Gothenburg Chamber of Commerce Director Deb Egenberger for all of her hard work on that project.

In one final business action, the directors for the term of 2020-2022 were elected. The current directors were unanimously approved to retain their seats. They are Shane Maxwell, Amber Burge, Joe Richeson and Verlin Janssen.

Disclosure: Colten Venteicher is co-owner of the Gothenburg Leader.

Curbtender is coming to Gothenburg

Curbtender to Open Factory in Nebraska