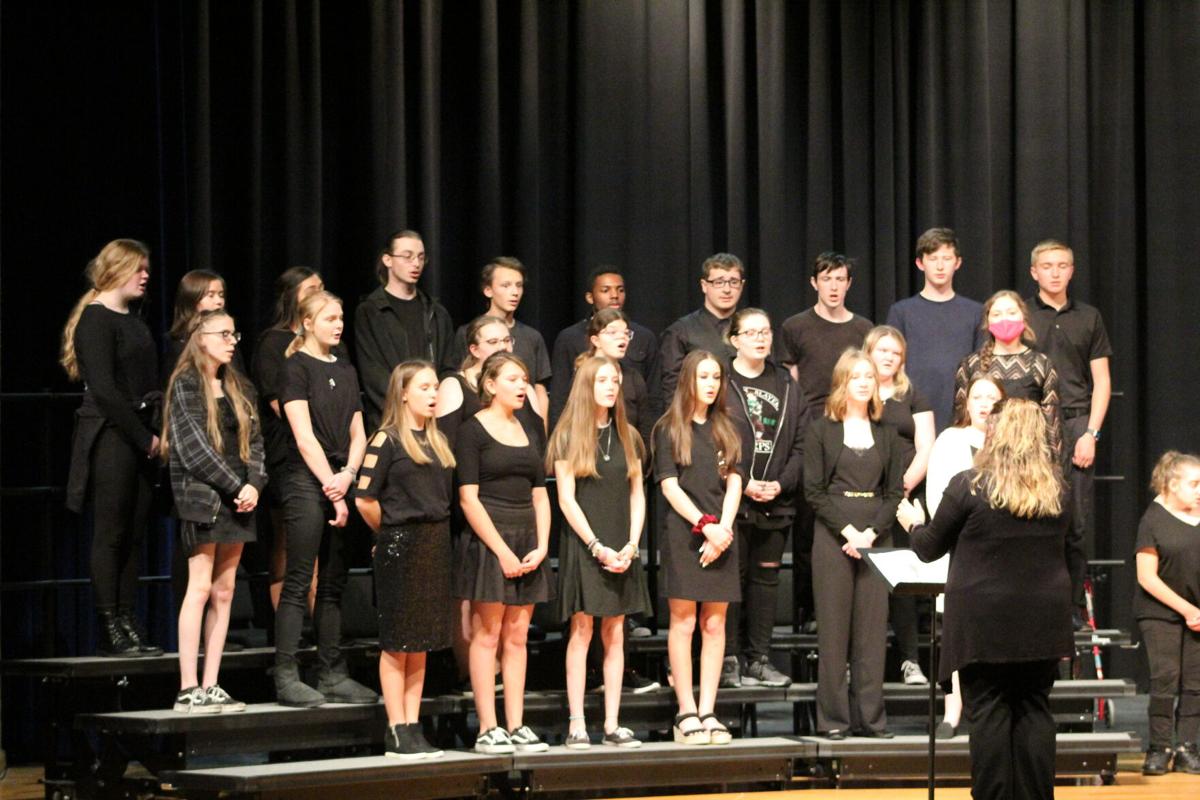 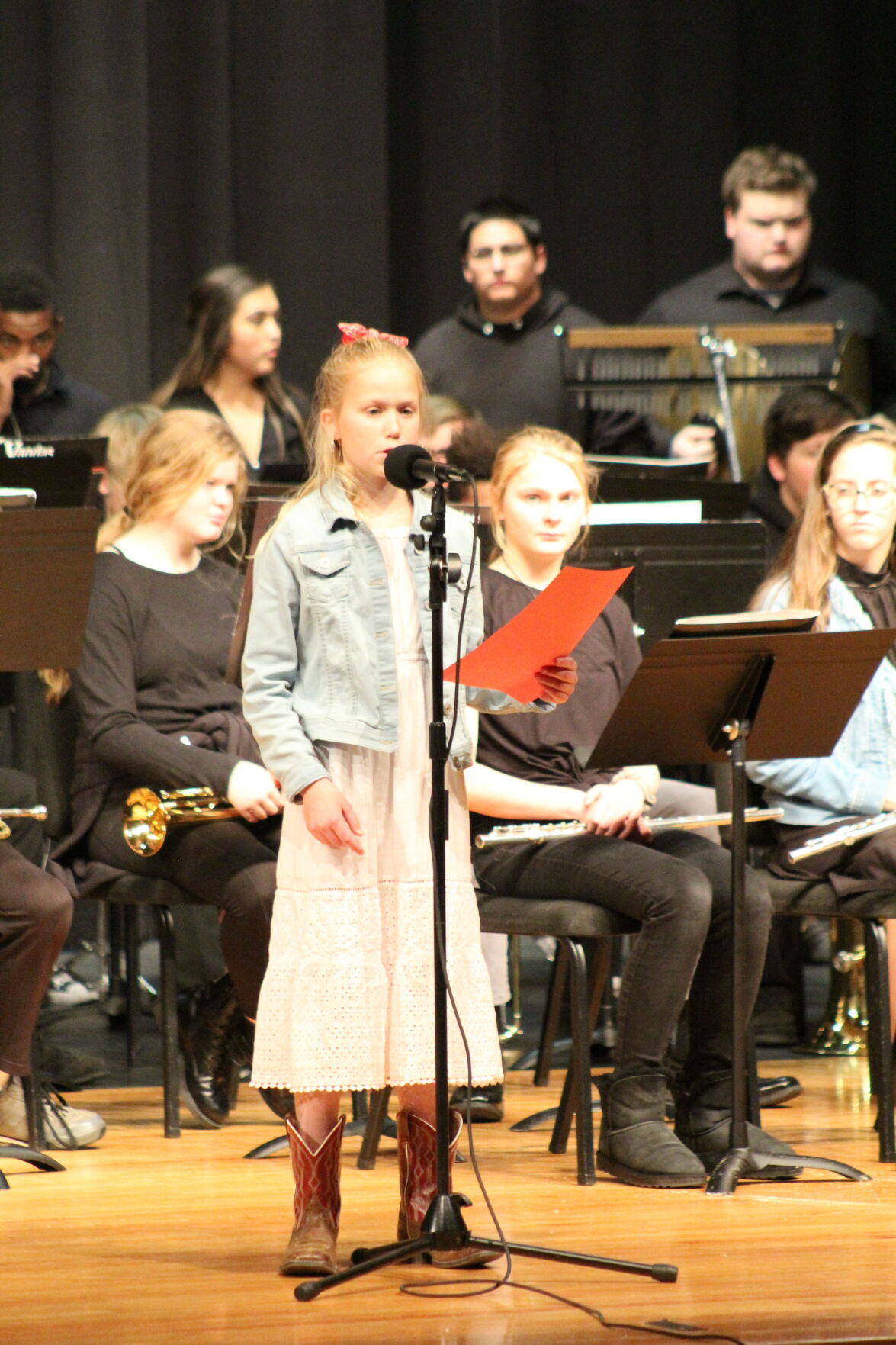 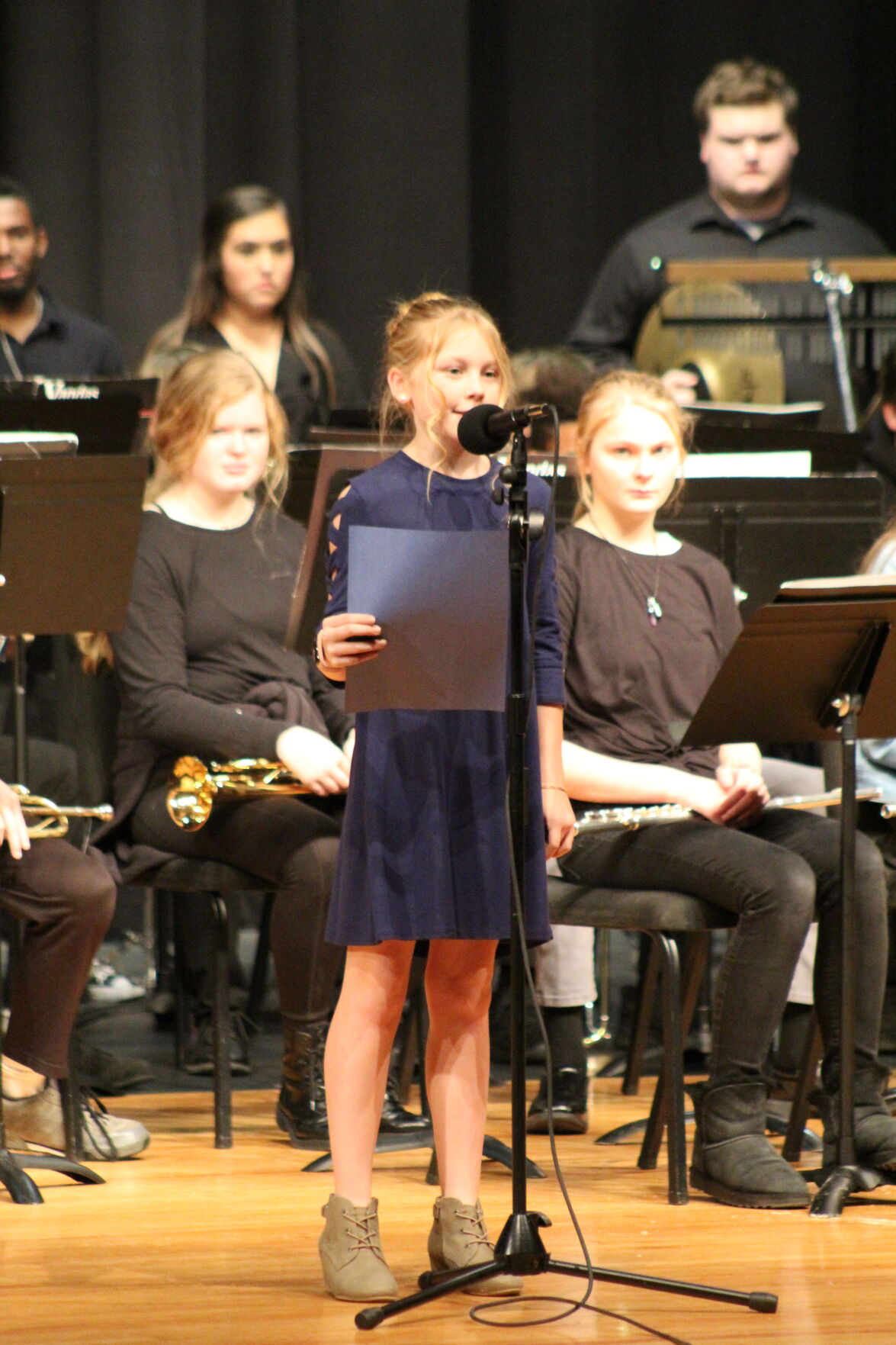 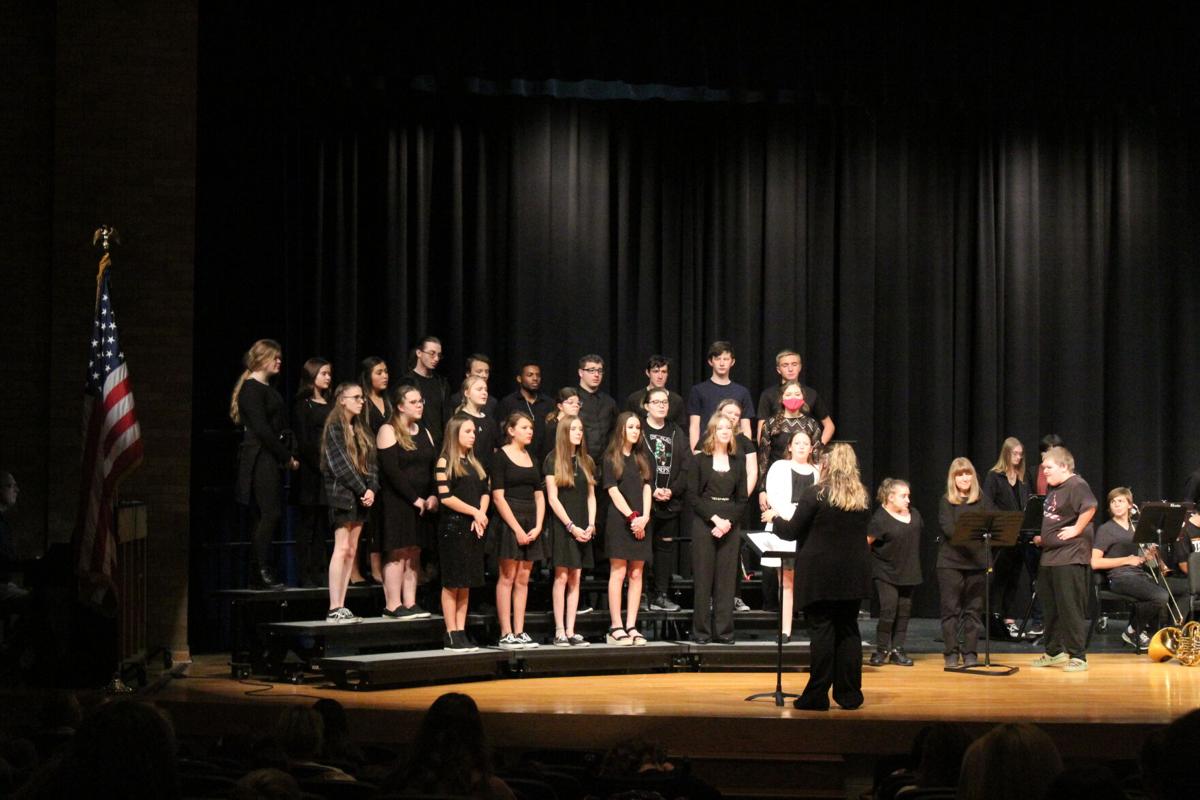 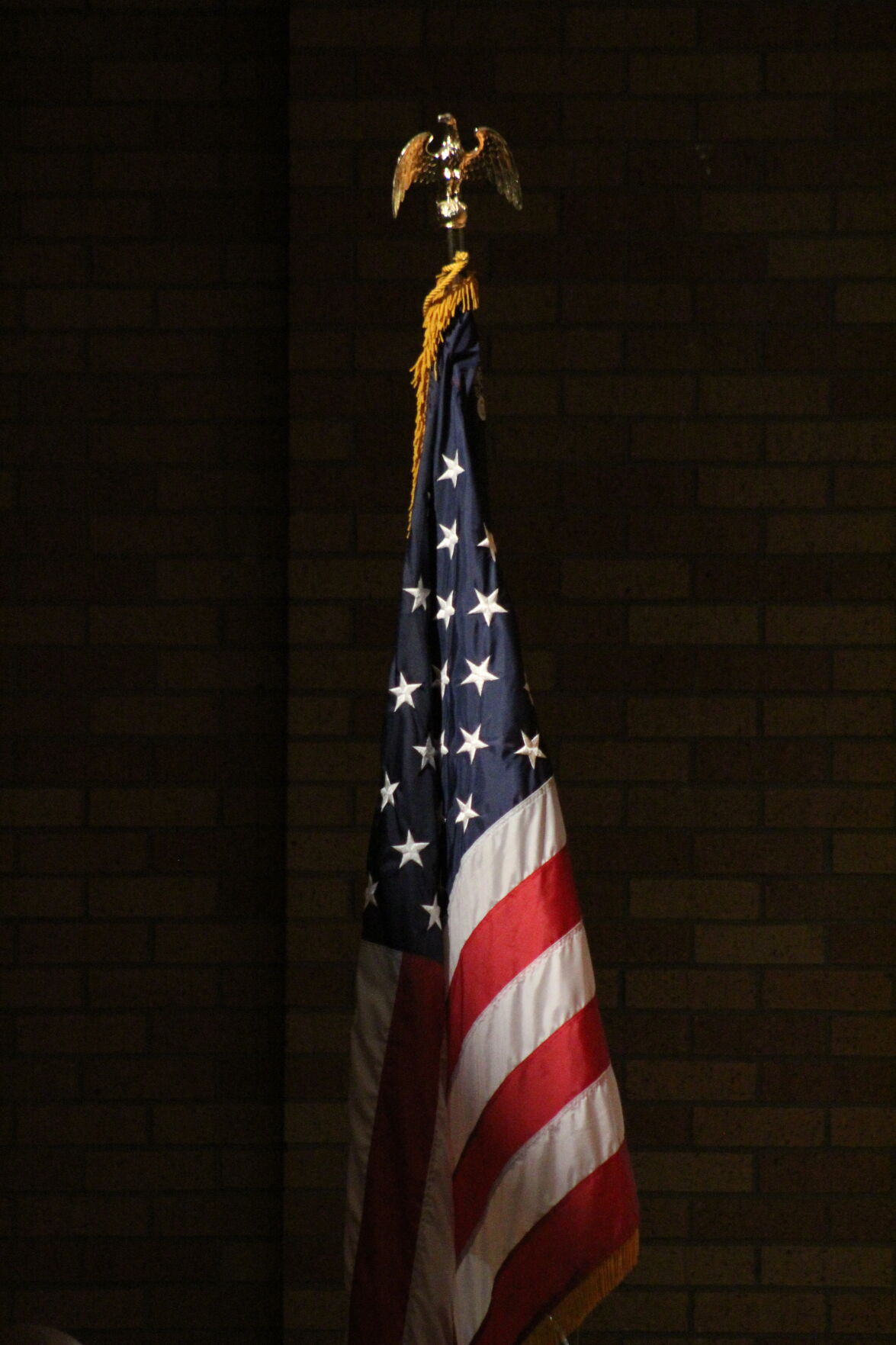 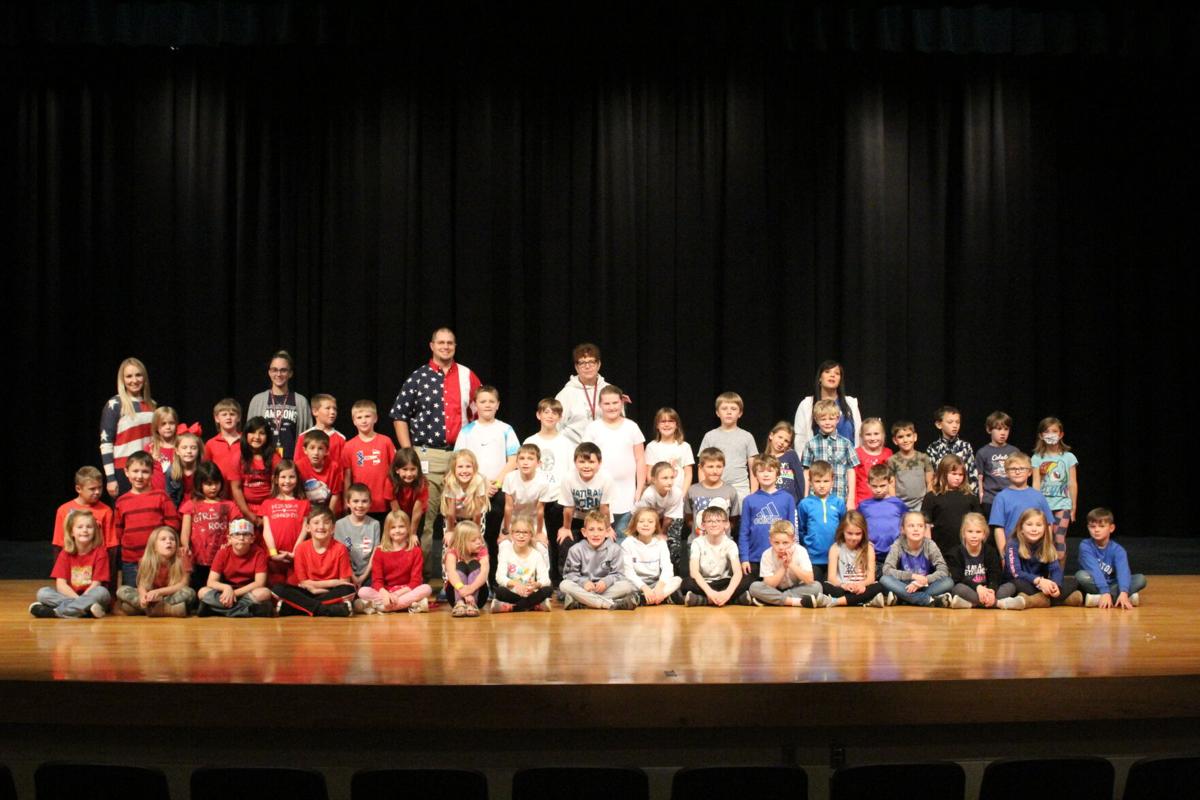 Though not open to the public, Gothenburg Public Schools hosted a Veteran’s Day program to honor all who have served in the past and are currently serving in the U.S. Armed Forces. After being forced to cancel last year, music director Tonya Welch said she was just thrilled that the children had an opportunity to share this year.

GHS Student Council President Bronson Long presented the welcoming remarks for the program, which was live streamed through the school’s YouTube channel. “My great-grandfather passed away before I was born, but he was a veteran of World War II and a paratrooper in the 101st Airborne. He bravely dropped behind enemy lines at the Battle of Normandy on D-Day to lay communication lines for our troops, and was among troops surrounded by the enemy at the Battle of the Bulge on Christmas Day that year,” Long shared. “One of his favorite stories from the war was during that long battle and being within earshot of Brigadier General Anthony McAuliffe when he responded to the Nazi’s demand that the Allied forces surrender – the Brigadier General’s response was, “Nuts!” and it became the battle cry and morale booster for his troops. Let us commemorate the lives of all our veterans today and every day for all they have done for us and our country.”

The program included two songs - “An American Original” and “The Star Spangled Banner” - performed by the fifth and sixth grade honor choir under the direction of Erica Wieseler. The high school choir performed the songs, “In Flanders Fields” and “We Honor You”, and the high school band did a tribute to each branch of the military with “Marches of America” and finished the program with the number “The Black Eagles”.

The meeting will be held at First United Methodist Church. All veterans are welcome to attend.