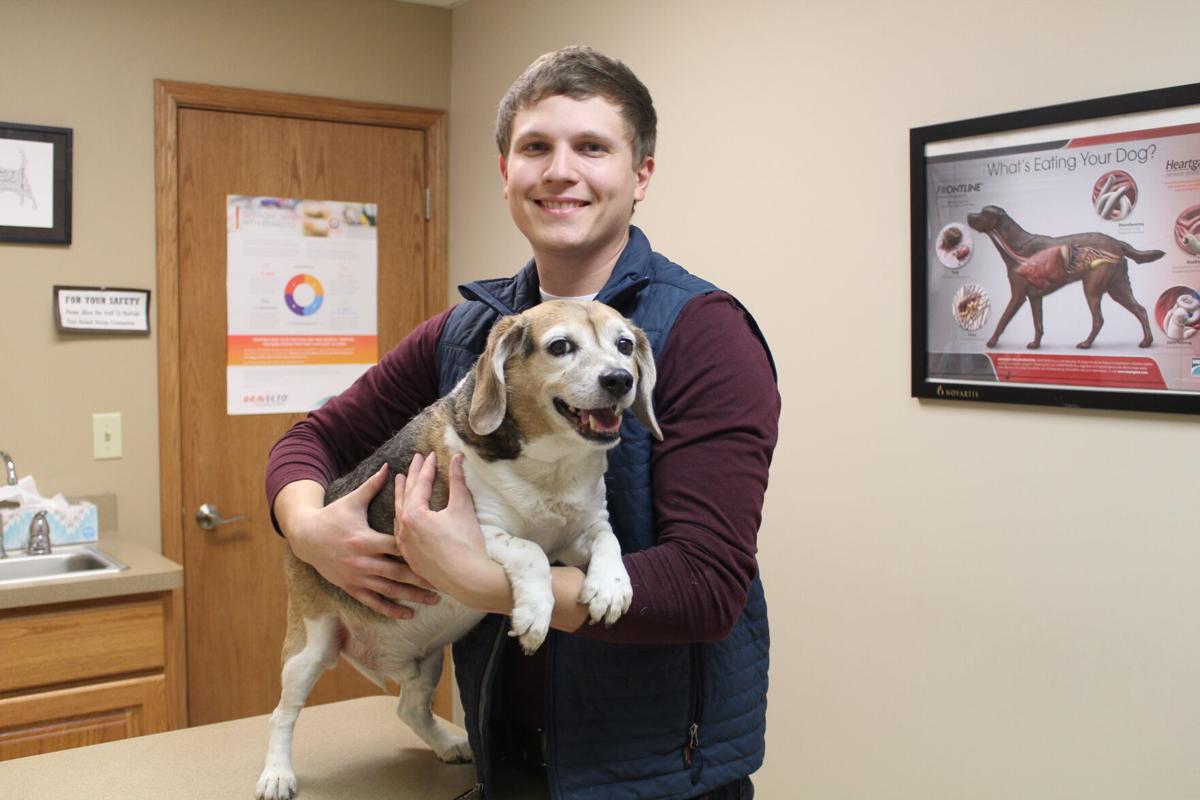 Aaron Colwell cares for a patient at Eastside Animal Center. Colwell graduated this past spring from veterinary school and started at Eastside in April 2020. 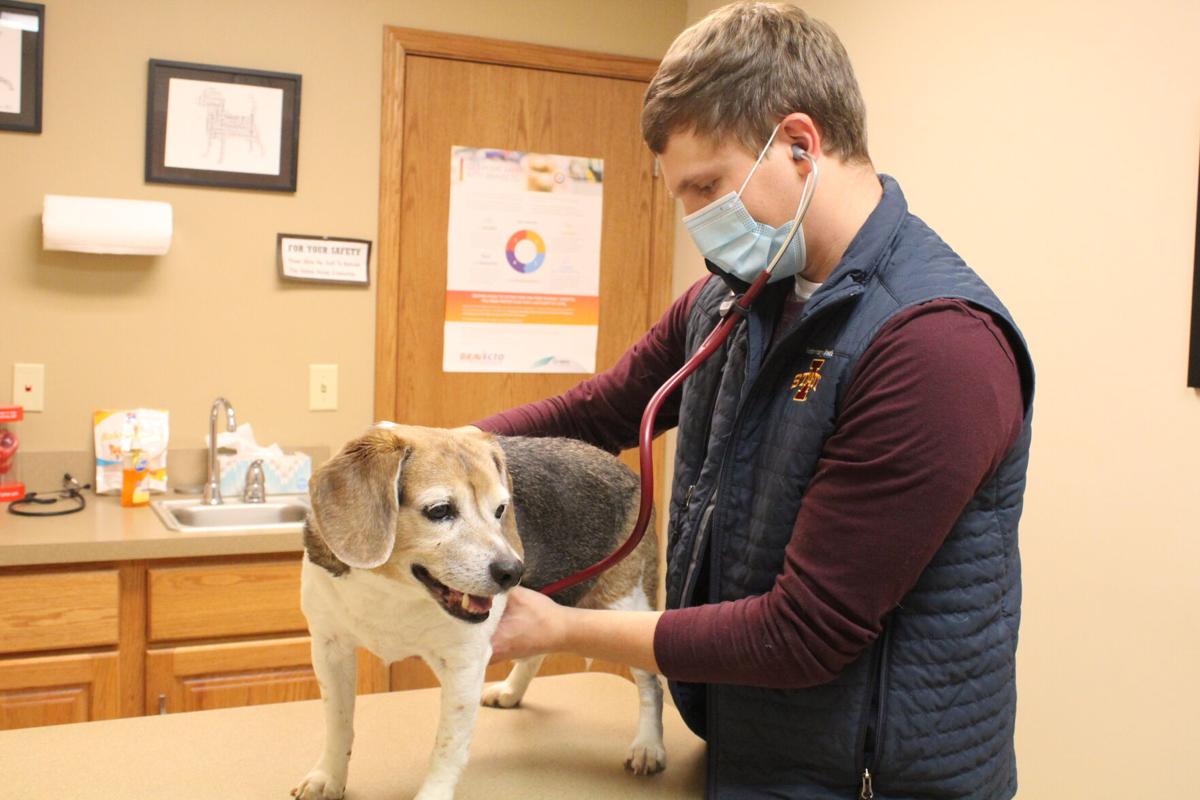 Aaron Colwell cares for a patient at Eastside Animal Center. Colwell graduated this past spring from veterinary school and started at Eastside in April 2020.

Starting a new life in a new town can be intimidating for anyone. Adding a pandemic into the mix makes it even more interesting. But that didn’t stop the Colwell’s from relocating to Gothenburg and settling in.

Aaron Colwell joined the veterinary staff at Eastside Animal Center in April. He hails from the small town of Coleridge in northeast Nebraska, and graduated from Laurel High School. It was in high school that he developed an interest in veterinary medicine and decided to make that his career choice.

His high school girlfriend and now wife, Lexi, is the daughter of a veterinarian. “She told me her parents were needing someone to come down and walk the dogs that they were boarding, and I was up for it so I did it and got interested,” Aaron explained.

After high school Aaron headed to Lincoln to the University of Nebraska, where he was accepted into the 2+2 program. “There is no vet school in Lincoln, so the University has a contract with Iowa that subsidizes the tuition for Nebraska students. They do two years in Lincoln and then transfer over to Ames to Iowa State University to finish out the program,” he explained.

He earned his DVM (Doctor of Veterinary Medicine) degree from ISU in the spring of 2020. “In April the University told us that because of Covid if we had jobs lined up after graduation just to go and start working. Our fourth year is our clinical year, so they told us just to go get that clinical experience rather than sit at home, and that’s what I did.”

Aaron had been offered and accepted a job at Eastside in January, and the couple closed on their home here in March. “Randy (Burge) actually visited Iowa State a few years ago and gave a talk at our Bovine Practitioner’s Club in school, and was sort of advertising Eastside Animal Center as a place where students could come and get experience,” Aaron shared. “At the time they were looking to hire a vet, so I came to Eastside in October 2019 and spent two weeks here. I loved it, and after accepting a position I came back again in March for a two week stint then started working in April.”

While some veterinarians choose to specialize in animal care, Aaron said he decided to stick to general medicine. “There have definitely been plenty of advancements just in the amount of time I have been interested in veterinary medicine. The parallels between vet med and human med are absolutely there. If something is done in human med it is probably done in vet med as well. We’ve all got the same anatomy, it just looks a little different. So treatments and medications are very much the same.”

He said the one thing he has discovered since beginning his full-time work in a veterinary clinic is “there’s a reason it’s called practice. We go through school and learn this disease, and xyz happens and xyz is the treatment. Out in the real world it’s absolutely not clear cut all the time. They call it practice because we do what we can or within our power to figure out what’s going on, and then we do what we can or what’s within our power to treat what’s going on. There’s a lot of gray area, we don’t understand everything. It’s called practice for a reason.”

Aaron prefers general practice, he said, because it is something different and new every day. “In particular for younger couples and older couples, their pets become part of their family - like their children. It’s kind of fun to be part of the process to help them out by taking care of their pet’s health.”

Lexi also works in the healthcare field - with people. She works at Gothenburg Health in the imaging department. The couple has found that moving to a new town in the middle of Covid has presented some challenges. “It has probably been a little bit slower in terms of meeting people. A lot of the events and activities that are usually going on weren’t this year,” said Aaron. “But we have had nothing but great experiences so far with everyone that we have met. We have tried to stay active and go to the events that have happened. We’re still meeting people, and it’s been good so far.”

Aaron has joined the Noon Rotary club in Gothenburg, and said that was partly as a result of being nudged by Randy Burge. “I was pretty involved with service organizations throughout high school and college. I see the value of being a part of a service oriented program, and this is something I am absolutely interested in helping out with.”

He said as time goes and things begin to open back up to gathering, he and Lexi both plan to become more involved in their new community. And we are happy to have them.