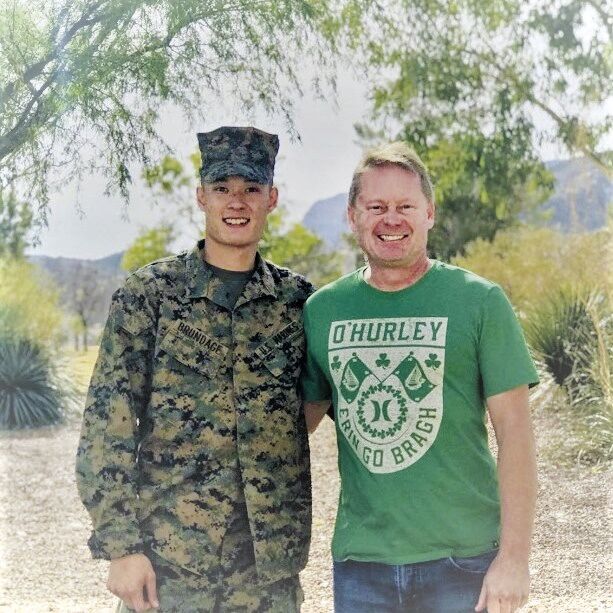 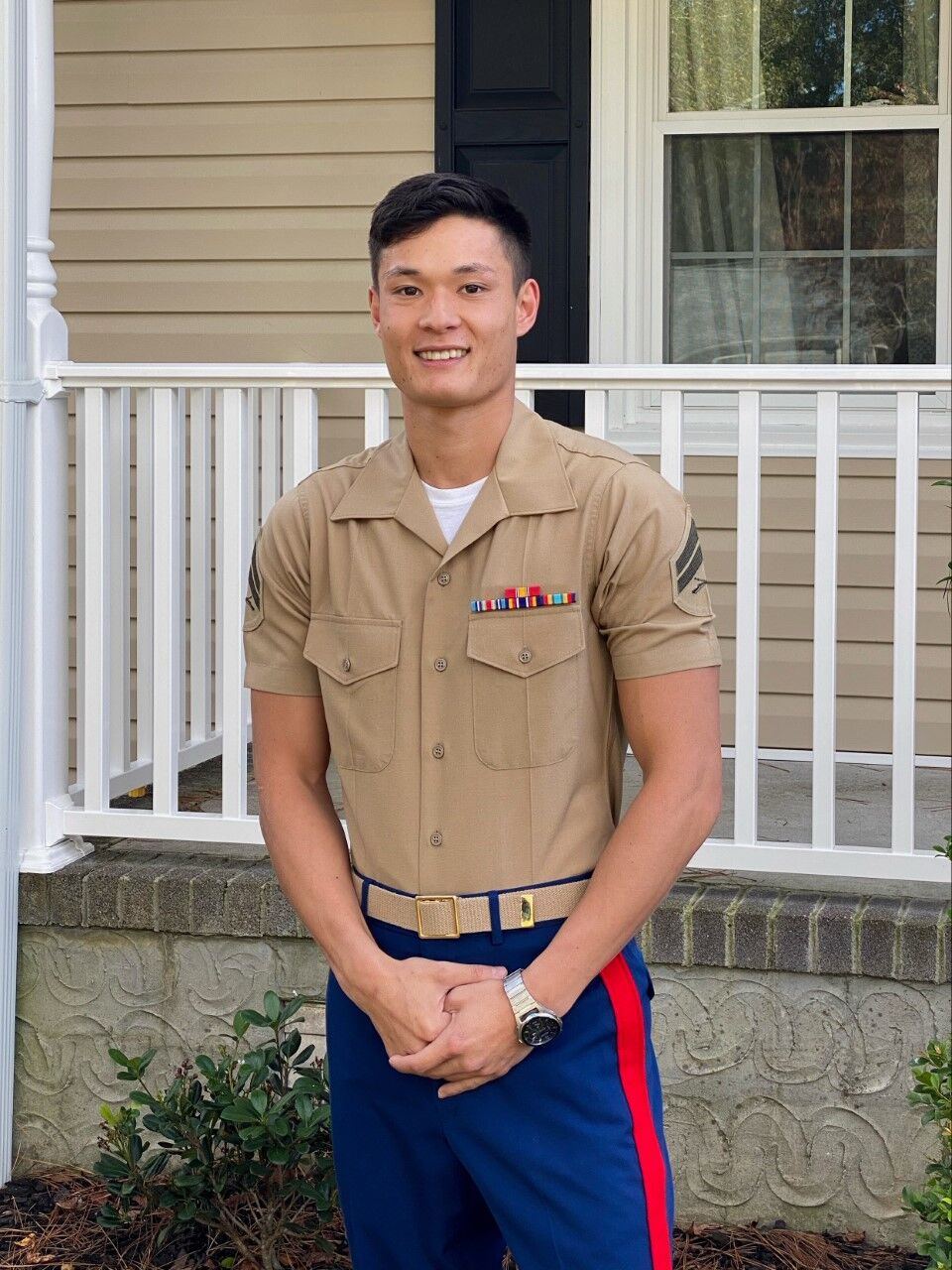 Braeden Brundage is a graduate of GHS currently serving in the Marine Corps. He is stationed in North Carolina. 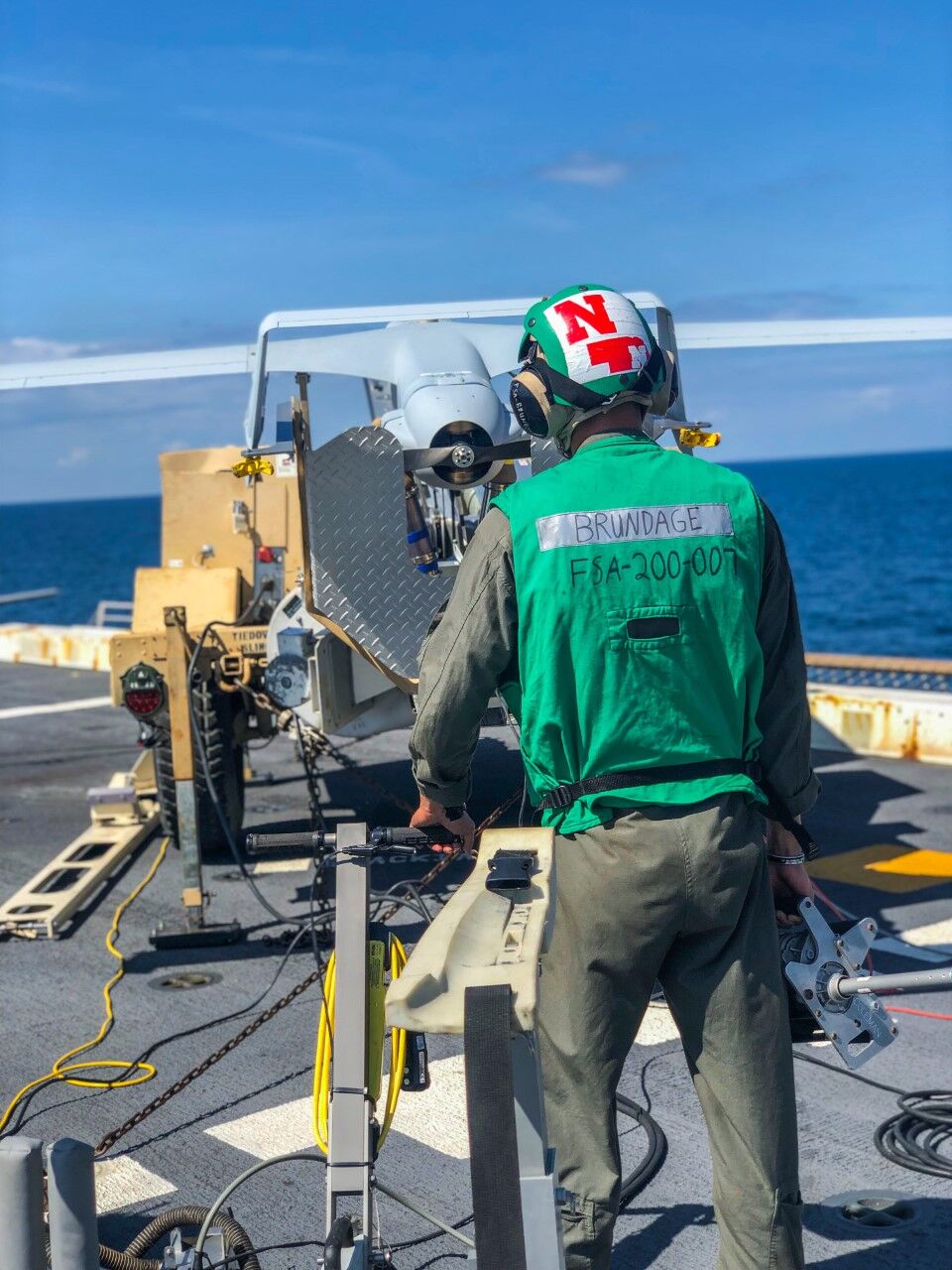 Braeden Brundage prepares to launch a Blackjack drone from a ship in the Middle East.

Braeden Brundage is a graduate of GHS currently serving in the Marine Corps. He is stationed in North Carolina.

Braeden Brundage prepares to launch a Blackjack drone from a ship in the Middle East.

Veterans Day is a time when all Americans are united in showing our gratitude and respect to the members of our military - those who have served throughout our nation’s history, and those who serve today. The holiday started as a day to reflect upon the heroism of those who died in our country’s service and was originally called Armistice Day. It fell on Nov. 11 because that is the anniversary of the signing of the Armistice that ended World War I. However, in 1954, the holiday was changed to “Veterans Day” in order to account for all veterans in all wars.

In 2018 the National Center for Veterans Analysis and Statistics estimated that roughly 18 million American men and women, or about 7% of the adult population, were veterans of the U.S. Armed Forces. However, the sad news is that according to Pew Research and armytimes.com, interest in joining the military service has been declining.

Still, there are hundreds of young men and women willingly making that commitment every day. One of them is Braeden Brundage, a 2016 graduate of Gothenburg High School. Brundage joined the U.S. Marine Corps shortly after graduation, in November 2016. He says his reasons for making that decision are somewhat complicated.

“I know a lot of people join for the college benefits, but I didn’t really need to do that because my dad had a college fund for me. I just felt like I wanted to push myself and figured I’m an able bodied person and it would be good for me,” Brundage explained. “It forces you to grow up a lot faster than you would if you went to college. Bottom line, I wanted to better myself.”

Brundage headed to San Diego, California for boot camp on Nov. 27, 2016. After 13 weeks he came back home for 10 days, then it was off to Camp Pendleton in California to Marine combat training for a month. He said from there he went to Pensacola, Florida to avionics school to learn to work on aircraft. After four or five months of training he was assigned to an aircraft platform in Arizona and was there for four months working on drones. He is currently a Corporal in the VMU-2 unit.

“From Arizona I was assigned to my permanent duty station of Cherry Point, North Carolina,” said Brundage. “I have been here for three years, and on July 15, 2020, I returned from a five-month deployment with the 26th Marine Expeditionary Unit in the Persian Gulf, Gulf of Oman and Arabian Sea. Shortly after we deployed Covid hit, so we ended up being on the ship a lot longer than originally planned.”

The drone Brundage works with is the RQ-21, known as the Blackjack. According to Wikipedia, the U.S. Marine Corps deployed its first Blackjack system to Afghanistan in late April 2014. One Blackjack system is composed of five air vehicles, two ground control systems, and launch and recovery support equipment. It supports intelligence, surveillance, and reconnaissance (ISR) missions using multi-intelligence payloads including day and night full-motion video cameras, an infrared marker, a laser range finder, a communications relay package, and automatic identification system receivers. Brundage said it is definitely not what most people around here think of when they hear the word “drone”. The Blackjack is a little over eight feet long with a wingspan of 16 feet.

Brundage said he enjoys what he does, most days, and has no regrets about the choice he made. “I chose the Marine Corps because it is the smallest branch and the most elite fighting force in the world. I felt like if I was going to be in the military I was going to do it 110%, so in my mind that meant being the best and joining the best,” he explained.

He also issued some words of advice for anyone considering making the same decision he did. “The military is hard - it’s not an easy life and it’s not always fun. I don’t think a lot of people truly understand that,” he said. He talked about how different it is coming home and visiting his old friends. “You can’t understand what it’s like unless you experience it, but if you are going to do it you have to make up your mind. It’s all or nothing. But there are so many benefits. It teaches you to grow up and be responsible. I definitely think it’s a good option that can benefit a lot of young people.”

Brundage also shared his thoughts on the variety of ways Americans have chosen to share their thoughts about military personnel and what they represent. “Anyone who joins the military is owned by the government, and my commander in chief is the President of the United States - whoever that is,” he explained. “There are lots of men and women who are serving this country, and we fight to keep America safe and we fight for freedom. To me that freedom means you are able to express yourself however you choose - whether I necessarily agree with it or not.”

Brundage has 11 months left to serve in the five-year contract he signed with the Marine Corps. While he said he is looking forward to post-military life, there are also things he will miss. “It truly is an awesome brother and sisterhood that will be part of my family for the rest of my life. But I am definitely looking forward to being closer to home. I’ve missed out on a lot of life events, and life is short. I’m just trying to make the most of it. I don’t have any regrets - I wanted to find my own way, and being in the Marines has given me a lot of tools I will take with me for life.”