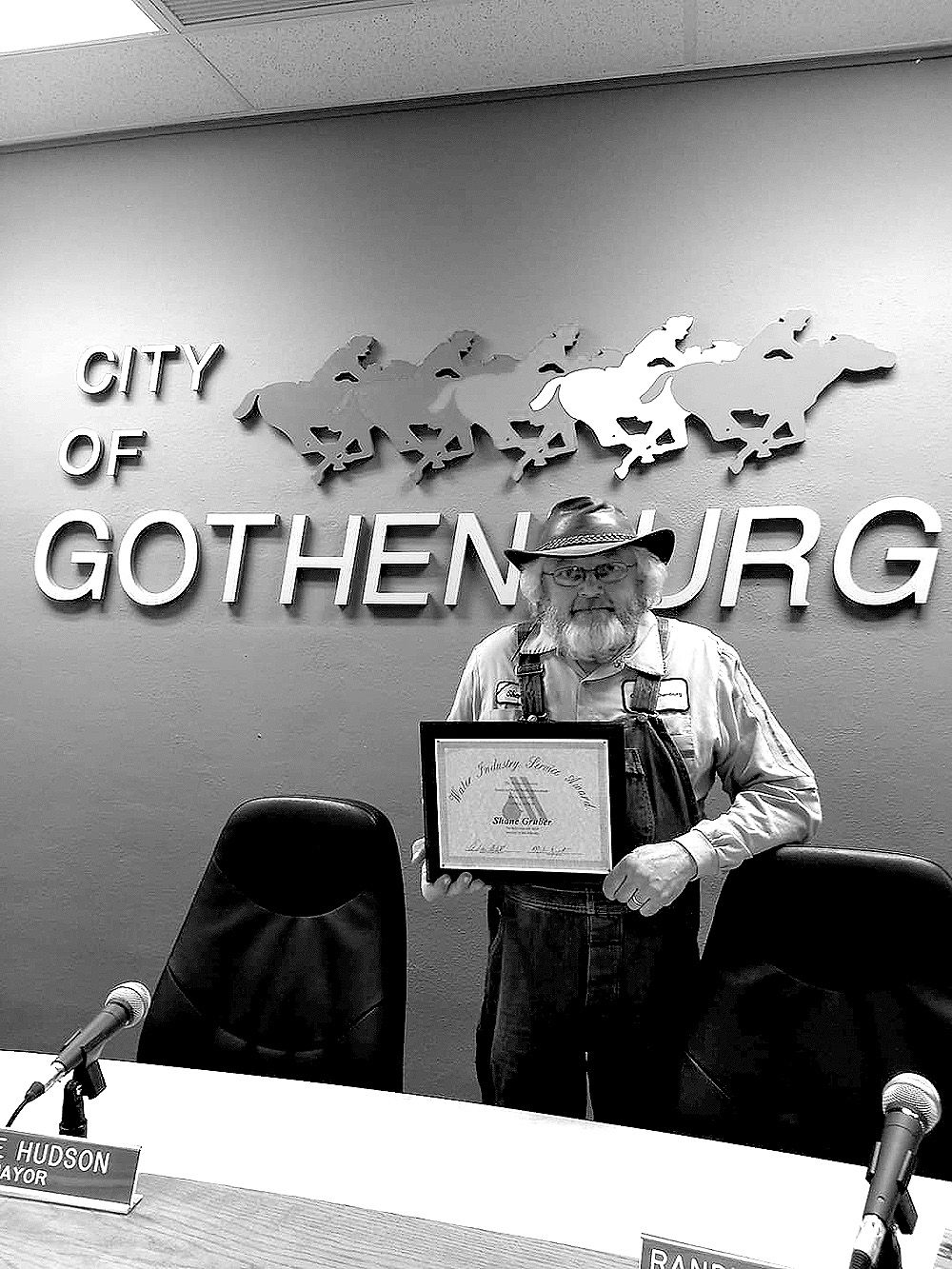 City Services Director Shane Gruber received a service award from the Nebraska Chapter of the American Waterworks Association in November 2019 for his work on the city’s infrastructure. 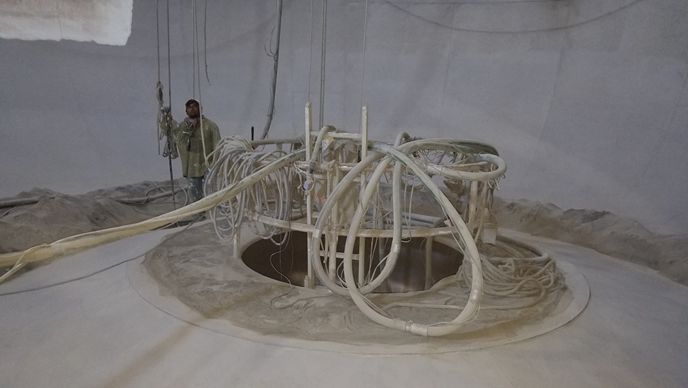 The Gothenburg water tower was refurbished inside and out in 2019,  improving the aesthetics of the structure and the water quality.

City Services Director Shane Gruber received a service award from the Nebraska Chapter of the American Waterworks Association in November 2019 for his work on the city’s infrastructure.

The Gothenburg water tower was refurbished inside and out in 2019,  improving the aesthetics of the structure and the water quality.

Though no one can predict the future, it is always a good idea to have a plan of action. The City of Gothenburg has long operated with a short-term, one-year plan, and a longer-term, six-year plan. This year the city has devised an additional plan for utility and street upgrades - Project 2020.

On Dec. 10, 2019, the City Council and Mayor Joyce Hudson met for a retreat, and invited members of the public to join them as an information presentation on the project was given by City Administrator Bruce Clymer. The presentation outlined specific areas, and improvements for those areas, being targeted in the project plan.

“While there are many good things happening in our city, I haven’t heard too many compliments on our streets in the last couple of years,” Clymer told the group.

Miller & Associates Consulting Engineers, P.C. of Kearney, conducted a study in 2019 and presented those findings to the City Council in September. The report included water projects and street projects deemed as being the highest priority in terms of needed repairs and/or replacement. The total construction cost for all of these projects is estimated at just over $7.2 million.

At the December retreat meeting, Clymer presented Project 2020 as a proposal from Mayor Hudson and the City Council for a one-half percent sales tax increase to help pay for these projects. “If we move forward, the issue will need to be approved by a vote of the people. We are planning to have this issue on a ballot in 2020,” Clymer said.

Because the increase would be in excess of the existing 1.5% sales tax, it must be approved at a primary or general election and must be earmarked for a specific project. It also must be for a set period of time to pay off bonds, not to exceed 10 years, and must include an interlocal agreement with another governmental agency.

Clymer then presented the anticipated revenue the sales tax income would generate. A ½% sales tax will generate approximately $275,000 per year, and based on a 3% interest cost, a three-year term would fund a project of approximately $778,000. Additional years on the term of the sales tax would naturally increase the project funding. A five-year term would generate revenue to fund a $1.2 million project, while eight years would fund $1.9 million and 10 years, $2.3 million.

Current revenue in the city’s water fund is $489,600, Clymer reported, which is generated through user fees. Adding $275,000 to the current revenue would reflect an increase of more than 56% in user fees. Clymer said those figures are important in the discussion of raising water rates for funding Project 2020.

The current rate for a residential user in Gothenburg is $23.25 per month. Ours is one of very few municipalities of this size that does not have metered water. A 56% increase, the equivalent to what the ½% sales tax increase would generate, would raise those monthly fees to $36.27.

City Councilman Verlin Janssen had a question about that. “If the council would decide to do a rate increase of our water rates, where would that put us in terms of other communities?” he asked.

Clymer assured him that even with a rate increase, Gothenburg would still be toward the bottom in terms of rates with comparable cities. “Some communities are looking at $70-$80 a month for water rates,” said Clymer.

Some believe raising the water rates would be a more desired solution than seeking the sales tax increase, and a couple of those individuals shared their thoughts at the December council retreat. While everyone seems to be in agreement that Project 2020 is a good and much-needed plan for the city, the discussion at hand focuses on the best way to pay for it.

The ball will get rolling on street and water improvements early this year, as the City Council approved a bid at the Dec. 17, 2019 meeting for the Westside water/sewer improvements. Clymer said the majority of the funds for that project are already on hand.

As for Project 2020, Mayor Hudson suggested another get-together to further discuss the proposed options. “Bruce and I thought as a council we may need to have a retreat to talk about which way we want to go with this,” said Hudson. “But we need to act fairly soon.”

The City Council will hold a retreat for further discussion of Project 2020 on Jan. 14 at noon in council chambers. The meeting is open to the public.