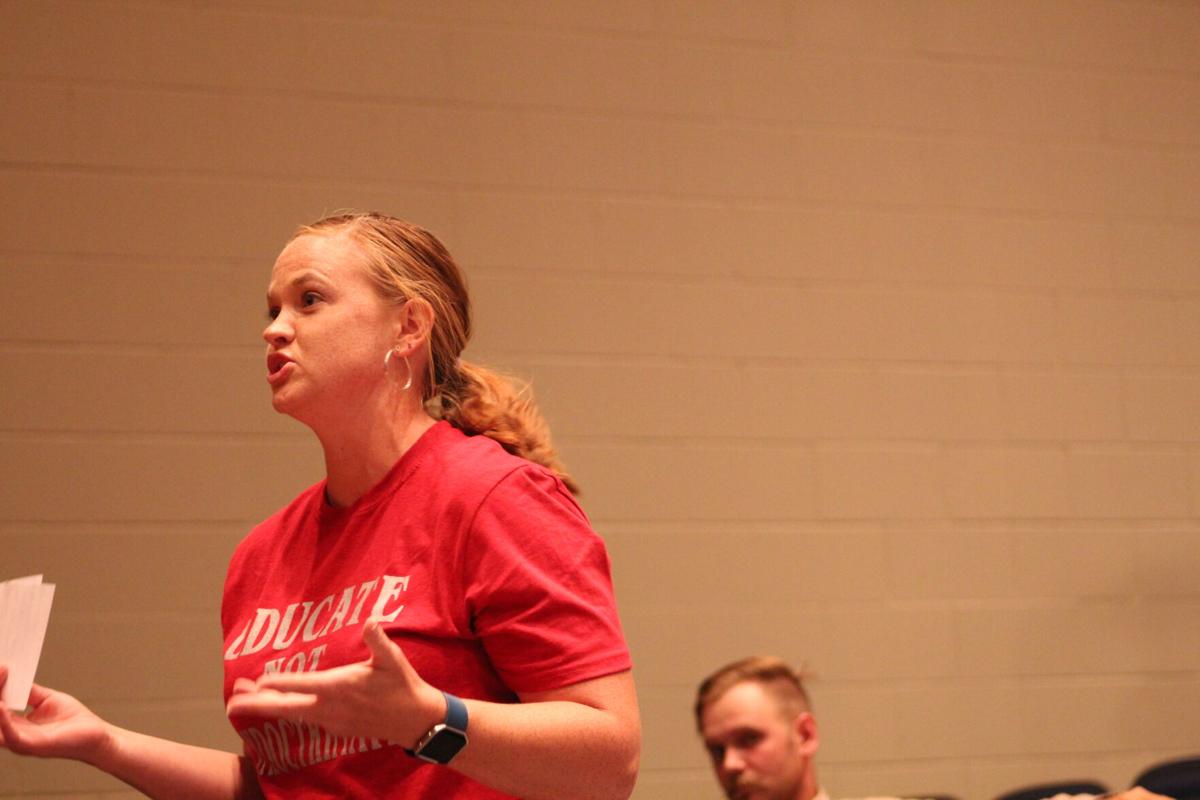 Amanda Ristine was first to address the panel at last week’s Town Hall meeting on the proposed state health standards. 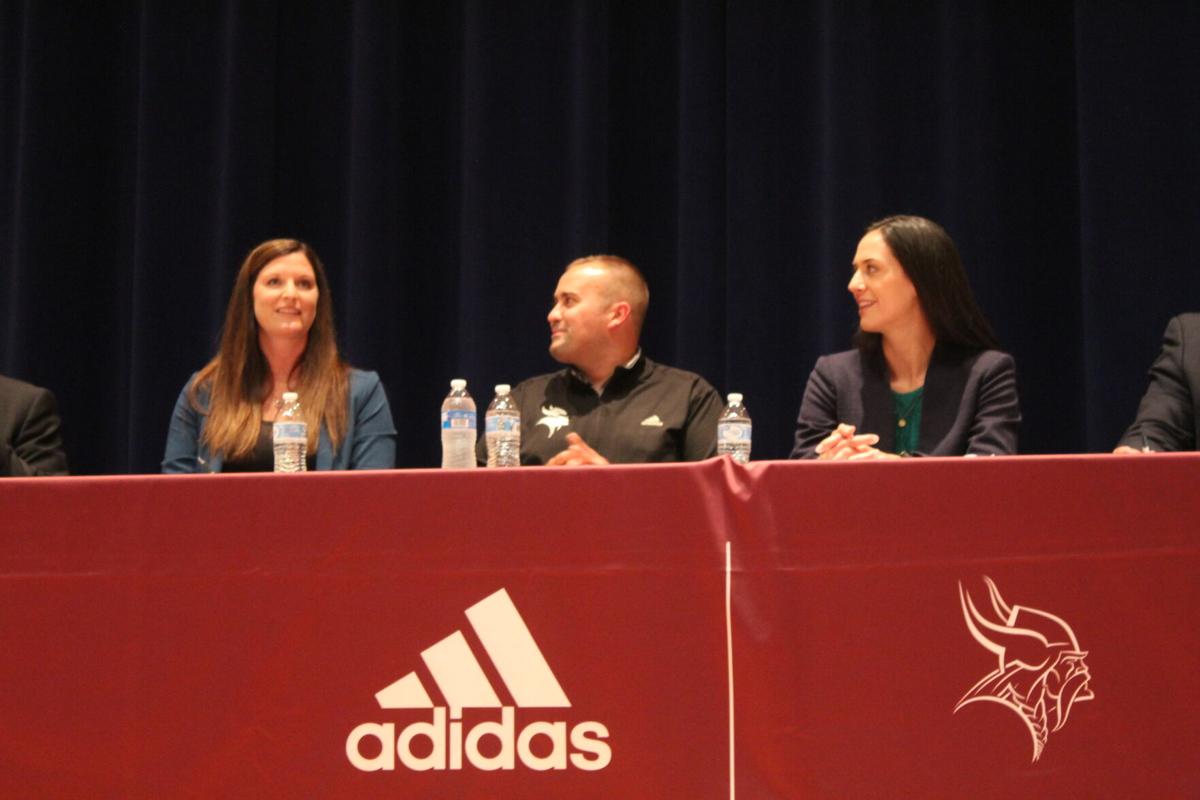 From left: GPS administrator Allison Jonas, and school board members Kyle Fornoff and Becky Jobman share a moment prior to the start of the July 8 Town Hall meeting held at the school. 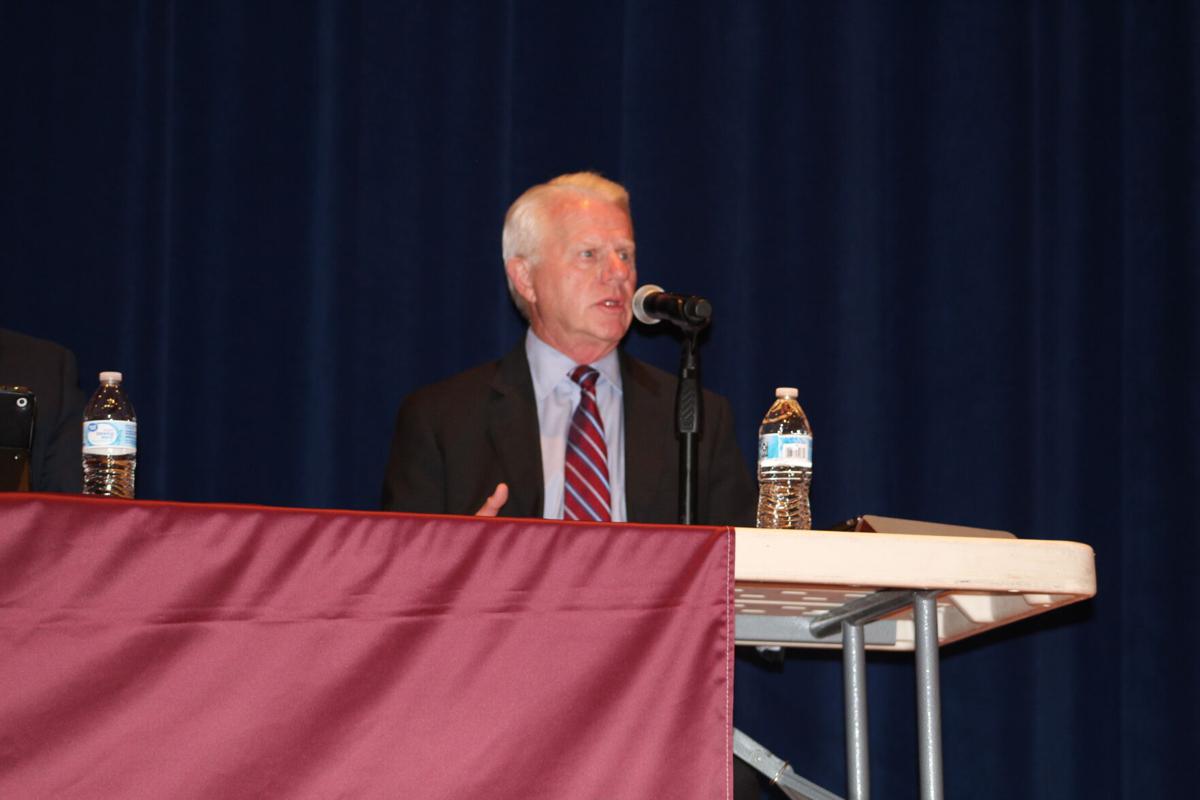 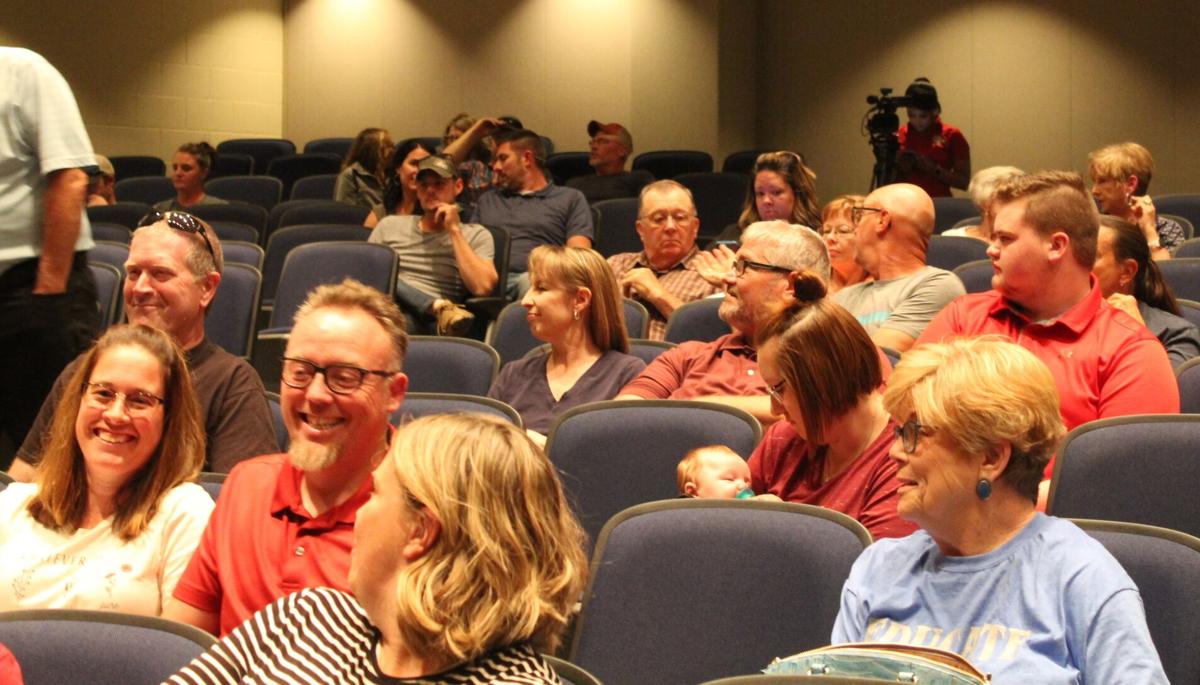 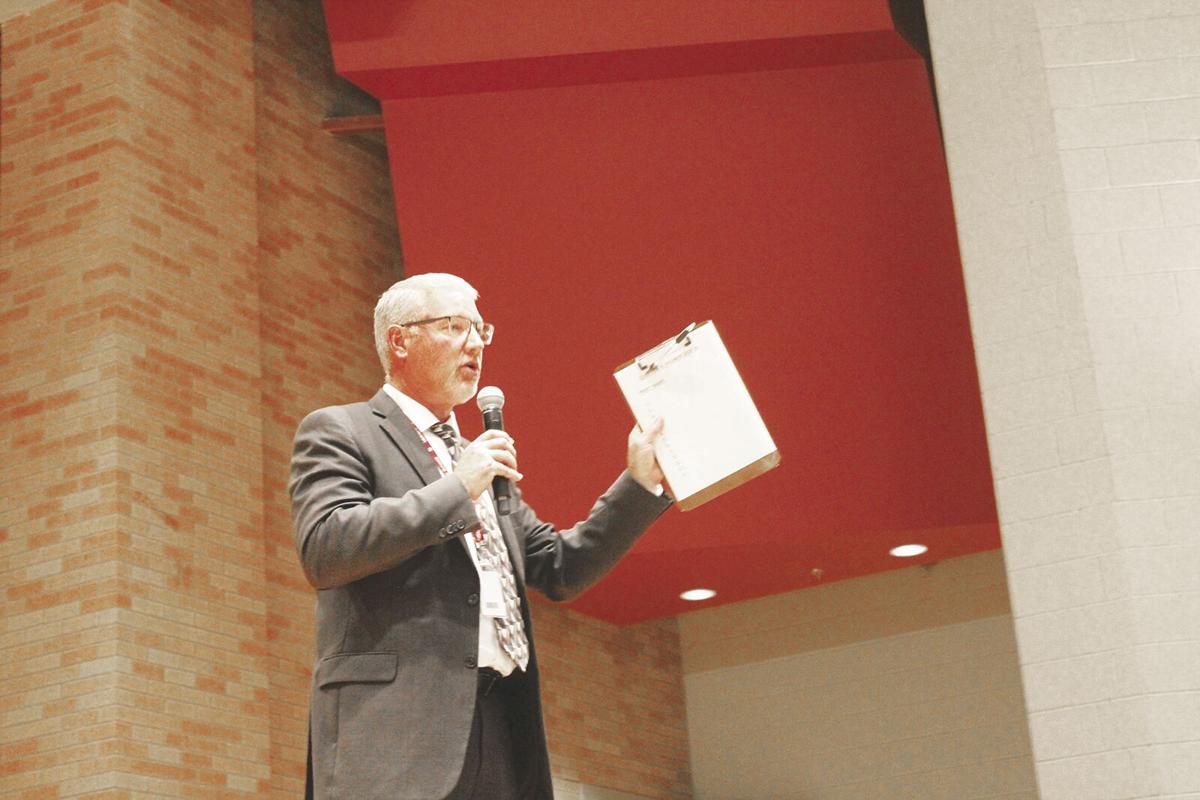 Amanda Ristine was first to address the panel at last week’s Town Hall meeting on the proposed state health standards.

From left: GPS administrator Allison Jonas, and school board members Kyle Fornoff and Becky Jobman share a moment prior to the start of the July 8 Town Hall meeting held at the school.

Members of the Gothenburg Board of Education, school administration team and our State Senator sat on the panel of a Town Hall open forum meeting on July 8. Despite their different roles within our school district and community, all panelists emphasized the same message relating to the Nebraska Department of Education’s proposed state health standards - the public must be diligent in remaining engaged throughout the entire process.

The Gothenburg school board and administration has taken some heat from the public in recent weeks for not being more vocal in taking a public stance either supporting or opposing the first draft of the state health standards. School board president Nate Wyatt spoke to that concern. “We are having this meeting tonight to set up a platform where communication can happen freely. At our school board meeting in May we had a lot of public participation, which is great. So to the people who are engaged in the process, sometimes when we think we are communicating and trying to get the information out it is not always being consumed like we think,” said Wyatt. “That’s why we thought it would be important to have a very public meeting that would be set up more for dialogue. School board meetings are meetings held in public, not public meetings. They are not set up for that kind of dialogue - but tonight we are.”

The panel of the meeting consisted of GPS Superintendent Dr. Todd Rhodes, GPS Director of Teaching & Learning Allison Jonas, school board member Kyle Fornoff, school board member Becky Jobman, Wyatt, and Sen. Matt Williams. Each of those individuals several times throughout the evening encouraged everyone in attendance to continue to remain involved in the health standards writing process by offering input at the state level, where your input can help determine what is or is not included in the draft.

“When draft one came out there were some items in it that were appealing. I think there were some social and emotional pieces that bring a lot of value to our district, but there were also items in it that I would be adamantly opposed to having my son educated under,” said Jobman. “I think in the big picture we all have a similar goal in mind; I think we just have a different idea of how we want to get there. I do think it is very important that you stay engaged at the state level throughout this process. There’s a reason why draft one was discarded - there were over 14,000 surveys and emails sent to the state board and that’s because of people like you. But if we just choose to say we don’t care what happens at the state level anymore and just focus internally that’s not going to happen with draft two. I’m very optimistic that draft two will be very different from draft one, but I think it is just so important that everyone stays engaged at the state level right now, because whatever happens at the state level will impact us. In my mind we have an opportunity right now to shape what kids across our whole state are going to be taught.”

Several state senators have signed a letter denouncing the first draft of the proposed state health standards and encouraging school boards across the state to do the same. Sen. Williams was not one of the senators to sign that letter, and explained to the patrons of District 20 at the July 8 meeting his reasons behind that decision.

“I want to make it perfectly clear, I am strongly opposed to the draft number one standards as they were proposed, for many reasons, and in particular the human growth and development standards,” said Williams. “I was as pleased as I hope you were that they came out in March and by April the State Board of Education had already rejected it. So right now when we talk about proposed standards, remember there are none. The primary issue I had with the letter and the reason I didn’t sign it even though I oppose the standards, is because it violates the process of how this system works. All of the standards go through a process, the same process we are going through right now. So I think it is inappropriate at this time for a state Senator to get in the way of someone like our school board members who are also elected to handle these kinds of issues and tell them what to do.”

Williams did go on to say that if at the end of the day health standards come back without the revisions that address the issue of parental control he firmly believes the legislature will become involved in the talks. “I am hopeful that the standards will come back in a form that will be much more satisfactory to the patrons of Gothenburg school and the other districts in my legislative district,” the Senator said.

As the floor was opened up to the public for questions, Amanda Ristine - who has been at the forefront of the local community group opposing the proposed standards as written in draft one - spoke first. “As this group has come together we just really wanted you to take a stand and to stand with you and all work together as a community. It was never our intention to say ok you’ve got this covered and we don’t want to be involved,” Ristine explained. “So I apologize if that is how it ever came across. We want to all stand together as a community and keep each other informed.”

Several of the questions from the audience pertained to the issue of communication between the district, the board and the patrons. There were a number of suggestions made by parents that administrators took note of, and Dr. Rhodes assured the public that better communication is something that will be addressed.

Though centered around a very emotional hot-button topic, all-in-all the Town Hall meeting went very smoothly. Those on the panel thanked audience members for their great questions and participation, and those in attendance thanked the board and administration for their dedication to the students of District 20.

In closing, board member Becky Jobman again encouraged the public. “I think we do need to make sure that the final standard is a good standard, and now is our chance to do that. I think the idea of disengaging and just focusing internally rather than at the state level would be detrimental to the process. So I would just challenge you all to stay very engaged, watch for the second draft and offer feedback then.”