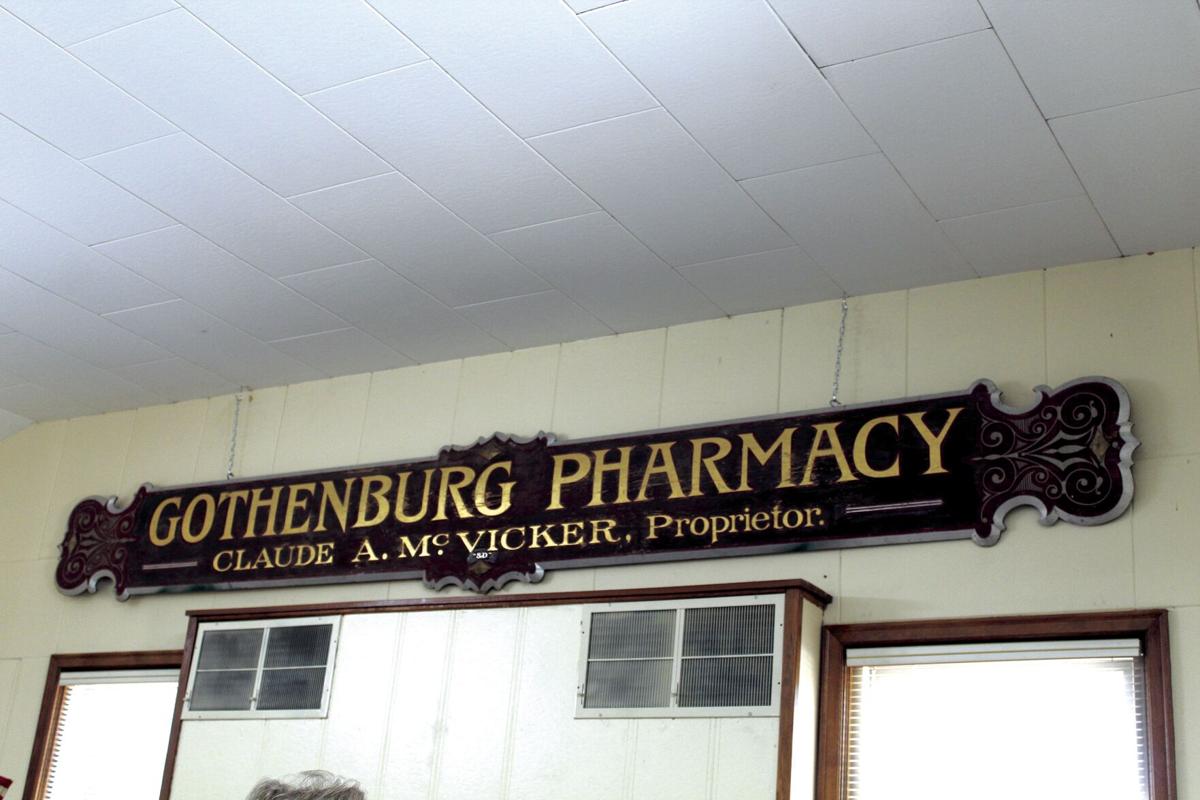 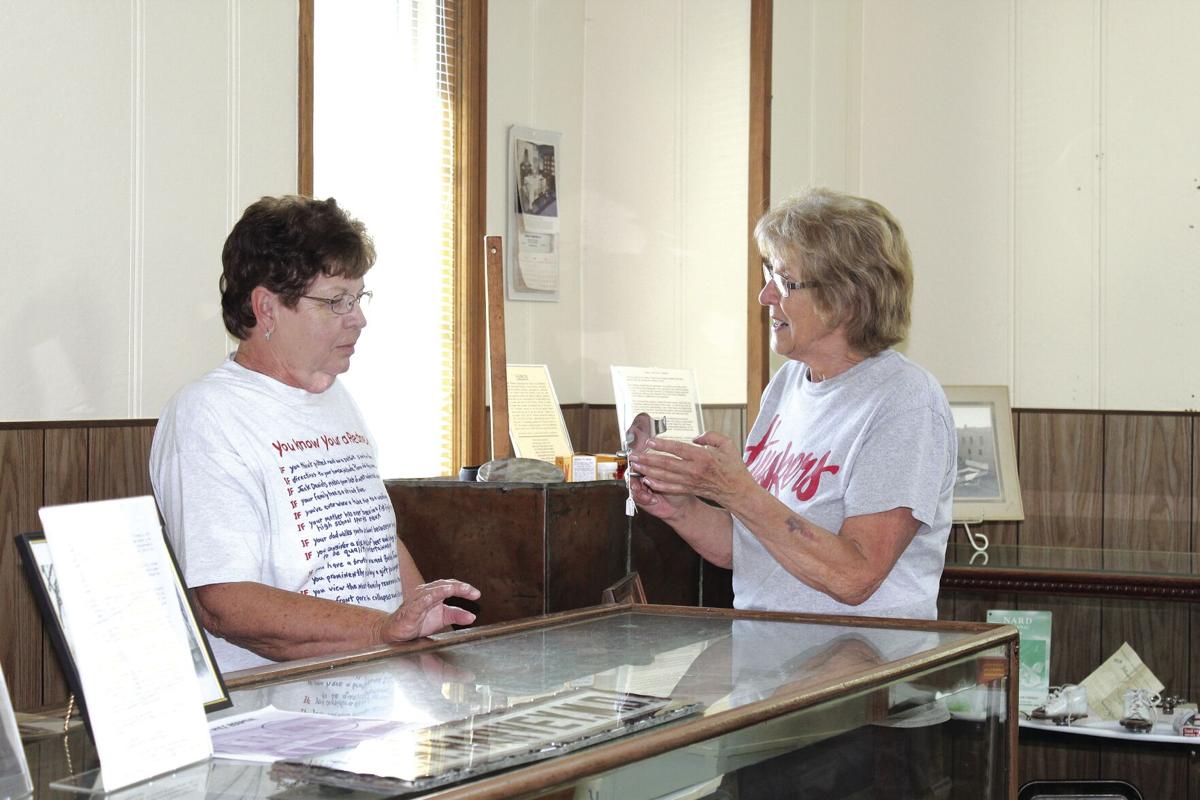 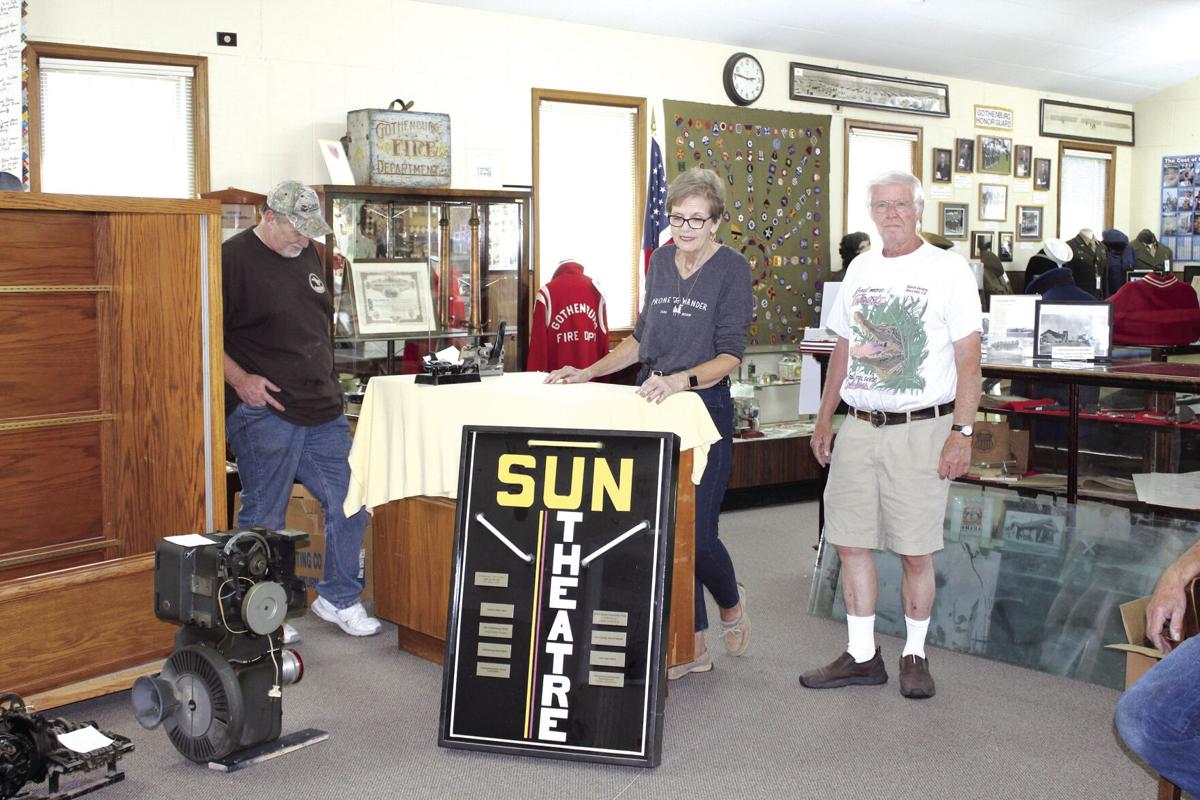 Earlier this summer the Gothenburg Historical Museum Board of Directors made the decision to not open the museum this season due to the Covid pandemic. That does not mean, however, that the board has been idle. Quite the contrary.

During this time of no visitors and nice weather, the museum board has taken the opportunity to complete some updates and special projects that they have been wanting to do for some time. According to board treasurer Anne Anderson, the museum recently received a tourism grant and they have used those funds to complete some much needed renovation projects.

“We did quite a bit of work downstairs. We removed the old ceiling and put in an all new ceiling and new lights which really brightened up the place,” said Anderson.

Volunteers have also been busy painting the interior of the museum as well as rearranging current displays and organizing new ones. The Sun Theatre donated the old ticket booth that was removed during that building’s renovation to the museum, which the board has combined with several other loaned and donated pieces to create an early movie theater display.

Some of the ladies have been hard at work developing a new medical exhibit as well, featuring showcases of memorabilia from the early days of doctoring and dentistry in the Plains. Board president Roger Heidebrink has devoted hours and hours to meticulously categorizing and digitizing all of the museum’s items and photographs, preserving that information for many generations to come.

The board has set aside every Monday afternoon as a “work day” at the museum. “Whoever wants to come can come, and we just work with what we’ve got,” Heidebrink said.

The Gothenburg Pony Express Historical Society was organized Feb. 18, 1981, and incorporated on Dec. 28, 1981. In 2005 the building at 1420 Ave. F was purchased and all of the items, photographs and artifacts were moved to the new museum location.

Since its inception the museum has been a non-profit corporation relying completely on memberships, grants and donations for its funding. Through the efforts of those individuals, as well as the many volunteers who have given so generously of their time over the years, the history of Gothenburg is well preserved. And when the museum reopens in 2021, it will be even better than ever.