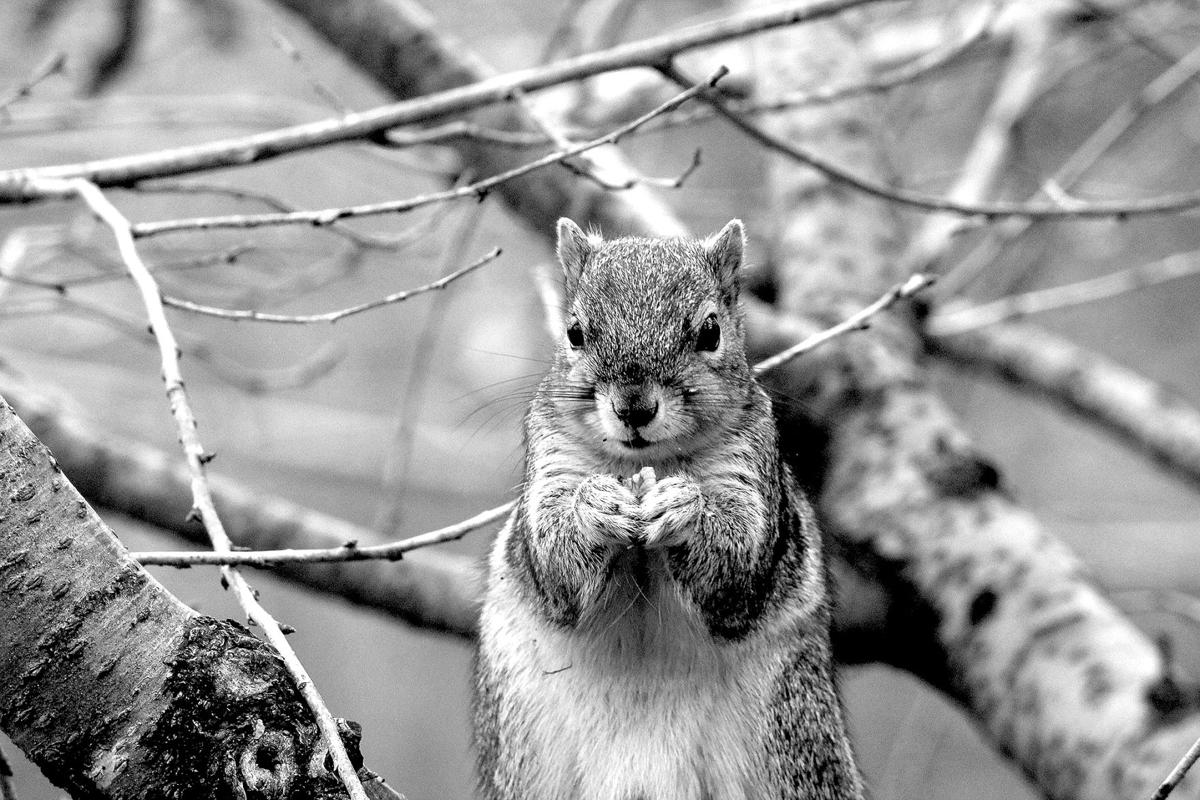 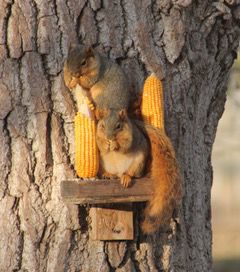 Should I begin this talking about my father-in-law shooting a squirrel off my bird feeder, and when I complained was told that squirrels are just “rats with fuzzy tails”? Dean hated squirrels. Or, should I talk about one of Cindy’s students who really struggled with reading but could…and did…shoot the eye out of a squirrel at 50 yards? He (or his mom) would then clean it along with some rabbits and he would bring them to his favorite teacher. We were young, poor, and hungry so we appreciated the gift and they tasted great!

The squirrels I have are fox squirrels. Their scientific (Latin) name, Sciurus niger, literally translates to “shadow tail black”. The “shadow tail” is a description as to how squirrels sit with their tails curled up behind them so they are sitting in its shadow and “niger” is black. So the name means the black squirrel, but ours here in Gothenburg are not black…they are rusty red, but the longer guard hairs have a black tinge to them. In eastern Nebraska and further east you will see fox squirrels that are very black, living up to their Latin name.

The literature tells me that fox squirrels are more-or-less loners and not very sociable with each other. I guess that means the many games of tag that I watch in my back yard just may not be games at all but one squirrel chasing another out of his/her territory.

They mate in December and January and have their first litter of up to three young in late February or early March. The young start to leave the “nest”, called a “drey” at about eight weeks.

She will mate again in June and have a second litter in August or September. I haven’t seen any indication that both litters stay with mom, so maybe it is only the second one that lives at home through the cold.

Fox squirrels are smart and agile and they are rodents. Being a rodent means the front teeth (incisors) continue to grow throughout their lives. This requires constant gnawing on something hard to wear down the teeth. The hard something can be a tree, fence post, wires in Dean’s pivot control box…which is why he hated squirrels, or the side of your house.

They can devastate a bird feeder by eating all the seed. If you hang one of those plastic yellow finch feeders in a tree they will chew through the sides of the feeder and eat all the seeds…that I know from experience. You can put out corn for them, and they will eat it, but that won’t keep them off the bird feeder. I have at least one squirrel that even knows how to open the special suet cage and take the entire block of suet. I tried zip tying it shut but the varmint chewed through the zip ties and got the block anyway!

Fox squirrels are not the only squirrels in Nebraska. We have the eastern grey squirrel and the southern flying squirrel, along the Missouri River corridor. We also have four kinds of ground squirrels and two kinds of chipmunks, but I don’t know if we can rightfully call them squirrels.

In reading about what pests squirrels are there was one final admonishment, and that is that you should never feed squirrels. It will just encourage them to hang around your place, causing damage. Well, I’ve ignored that admonishment and I do feed the squirrels. I like them. I like watching them. And I don’t hold a grudge that I was once bitten by one and had to take 14 shots in the stomach to make sure I didn’t die of rabies…only to learn later that rodents, and hence squirrels, don’t carry rabies! Oh well, it makes for just another story to tell. Enjoy the squirrels!