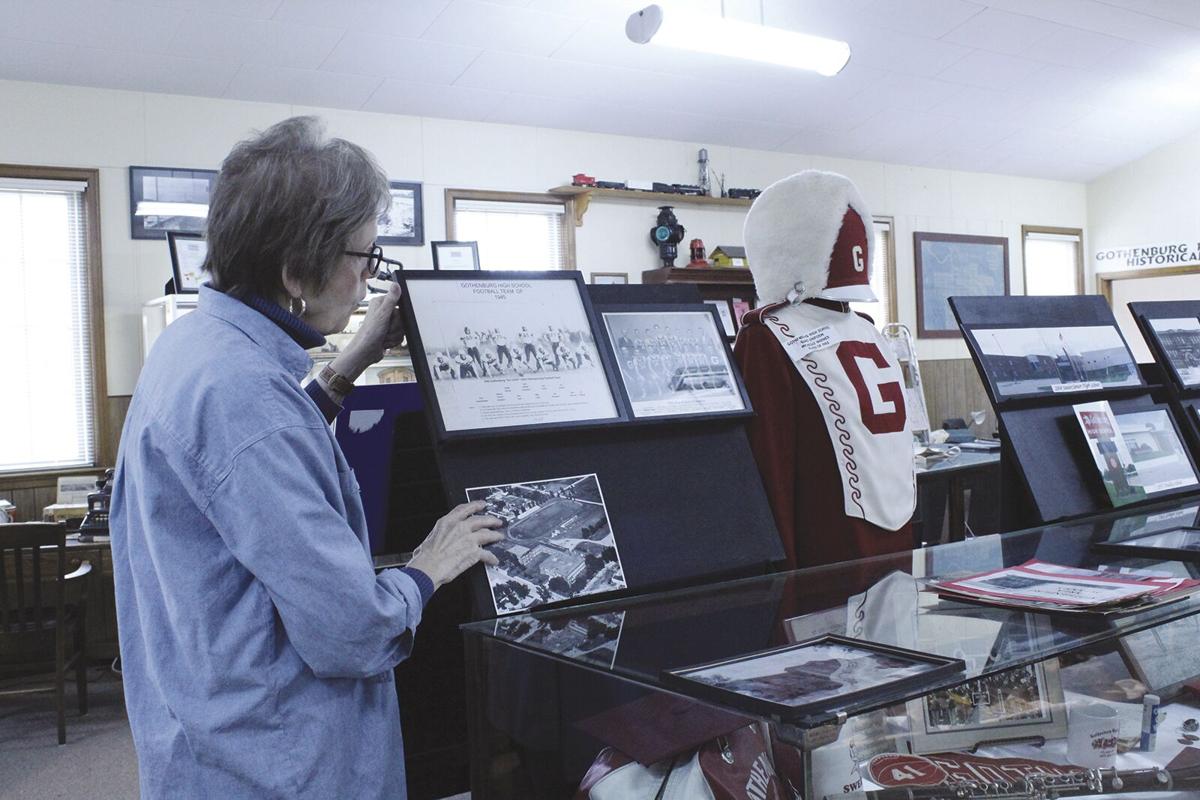 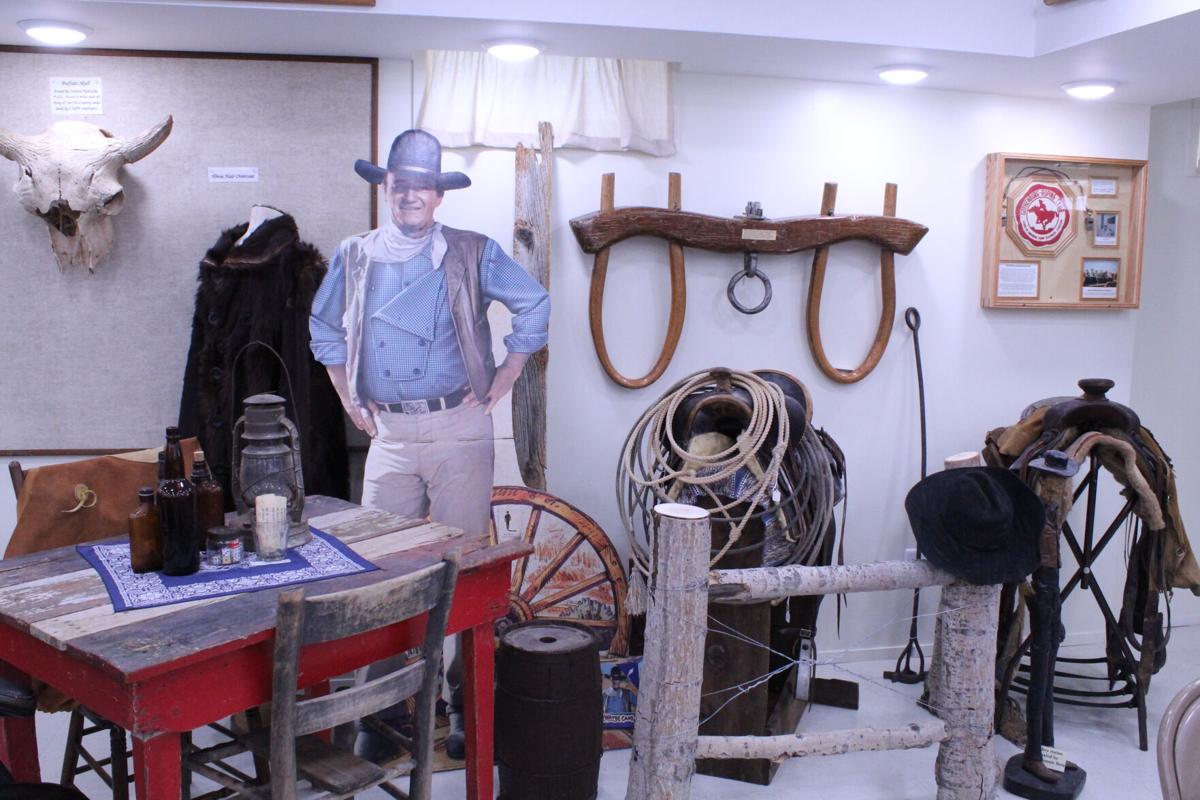 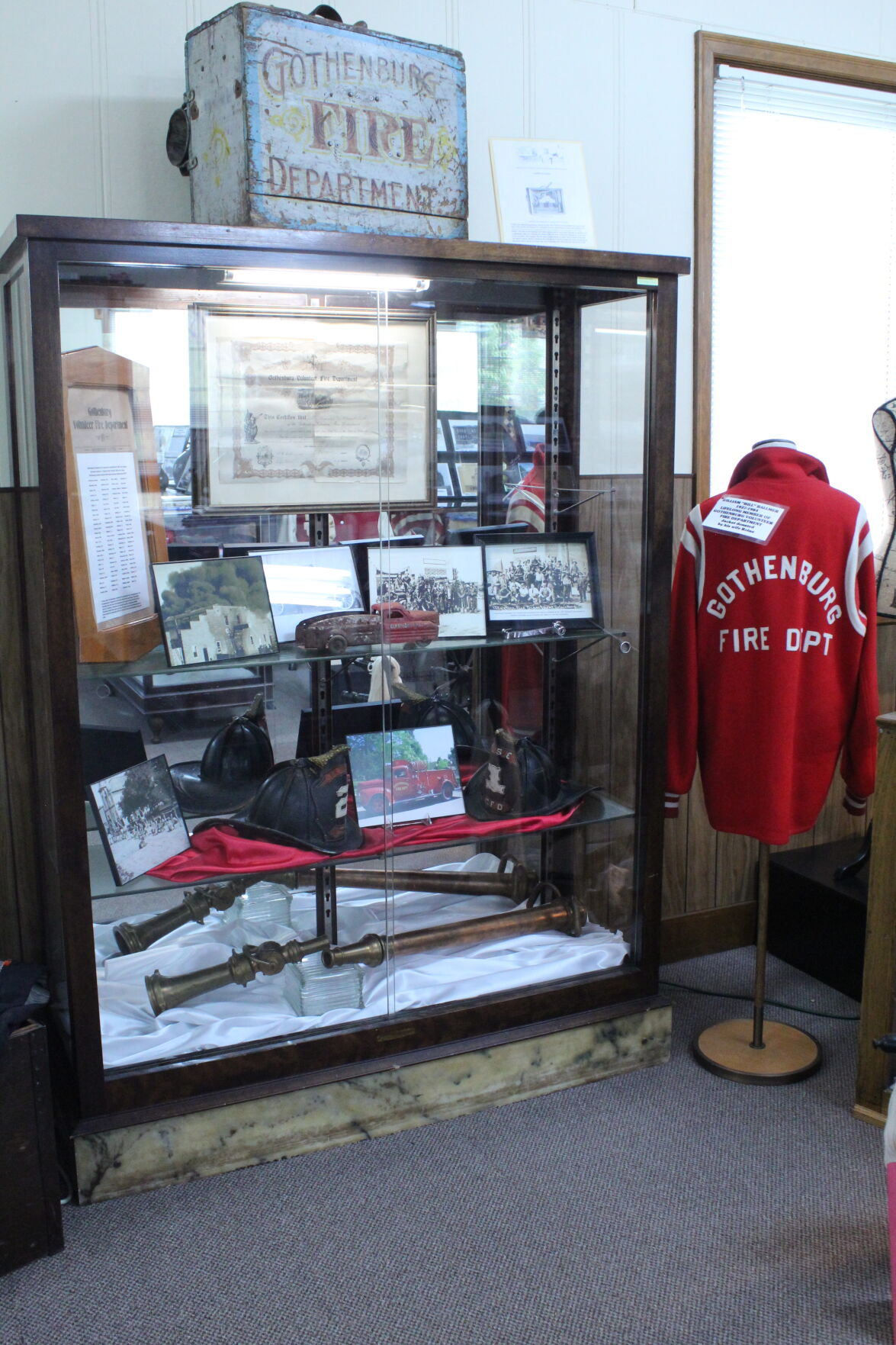 One of the many revamped displays at the museum features a tribute to the history of the Gothenburg Volunteer Fire Department. 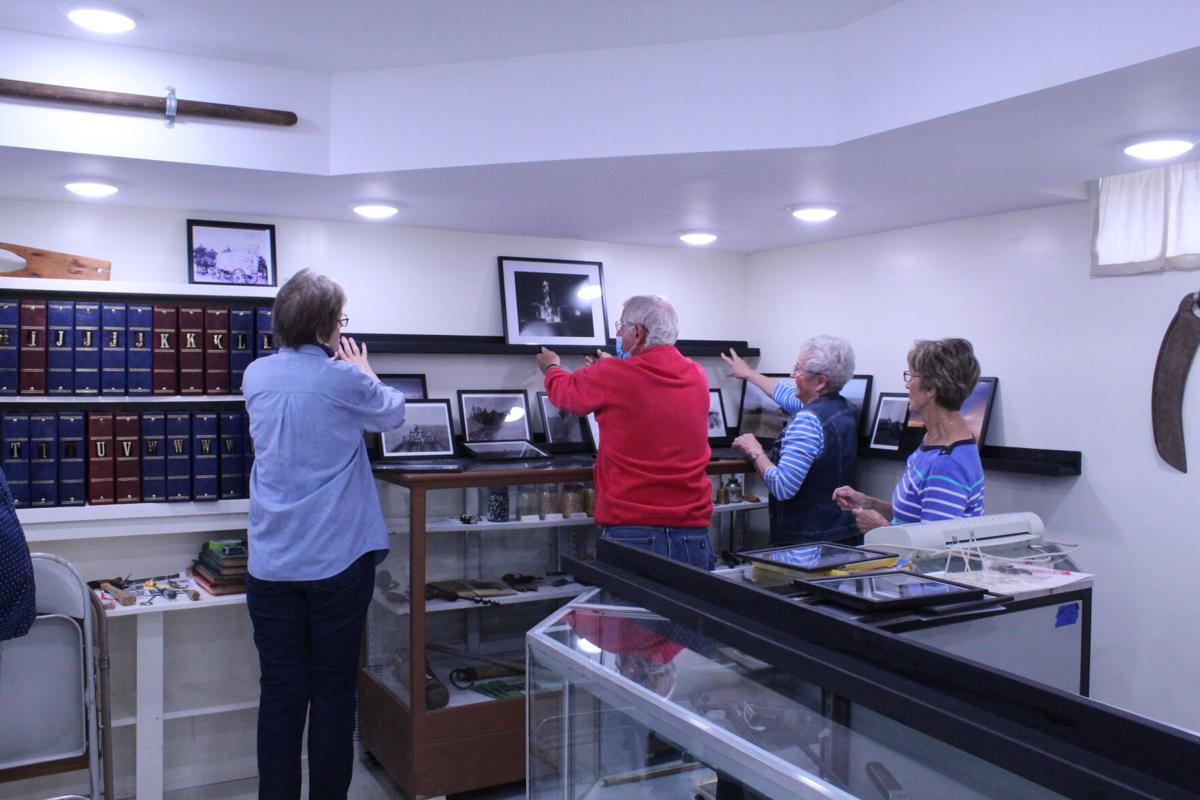 Anne Anderson, Roger Heidebrink, Marcy Aden and Pam Slack are volunteers at the Gothenburg Historical Museum. They are preparing for a sneak-peek open house May 11-14 from 1 - 4 p.m. each day. 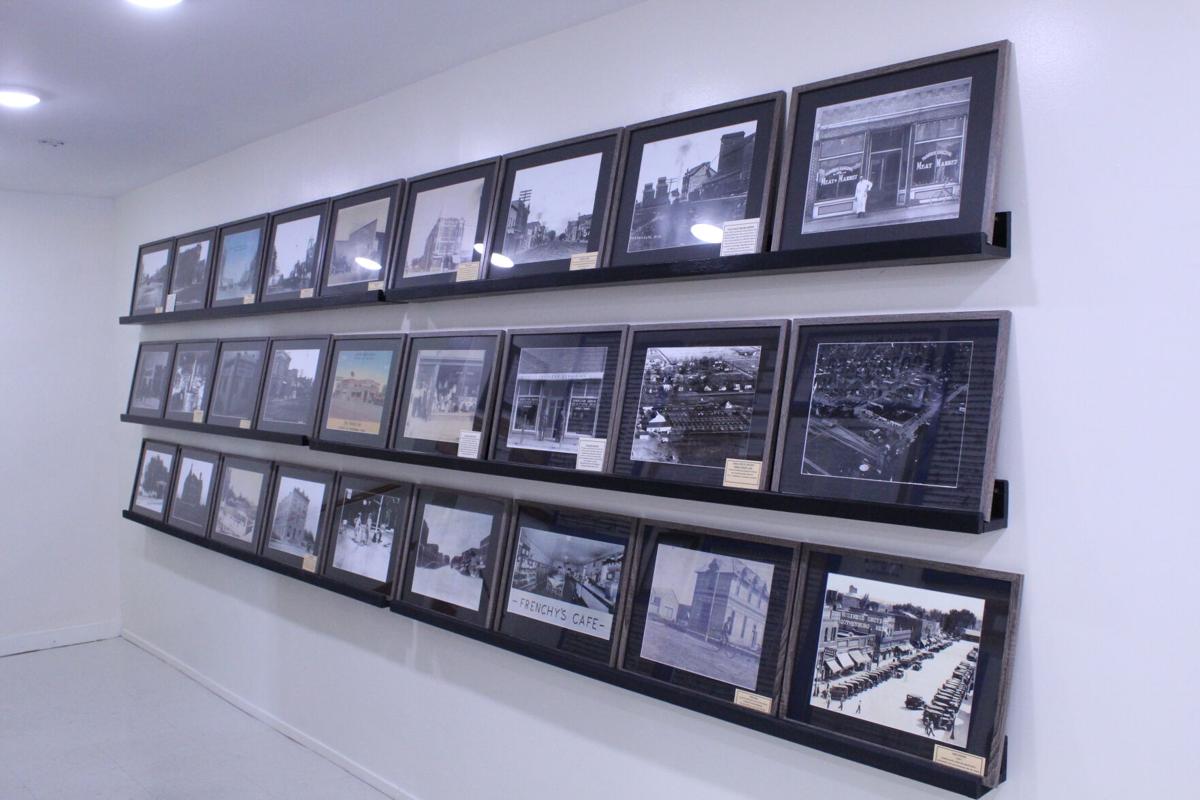 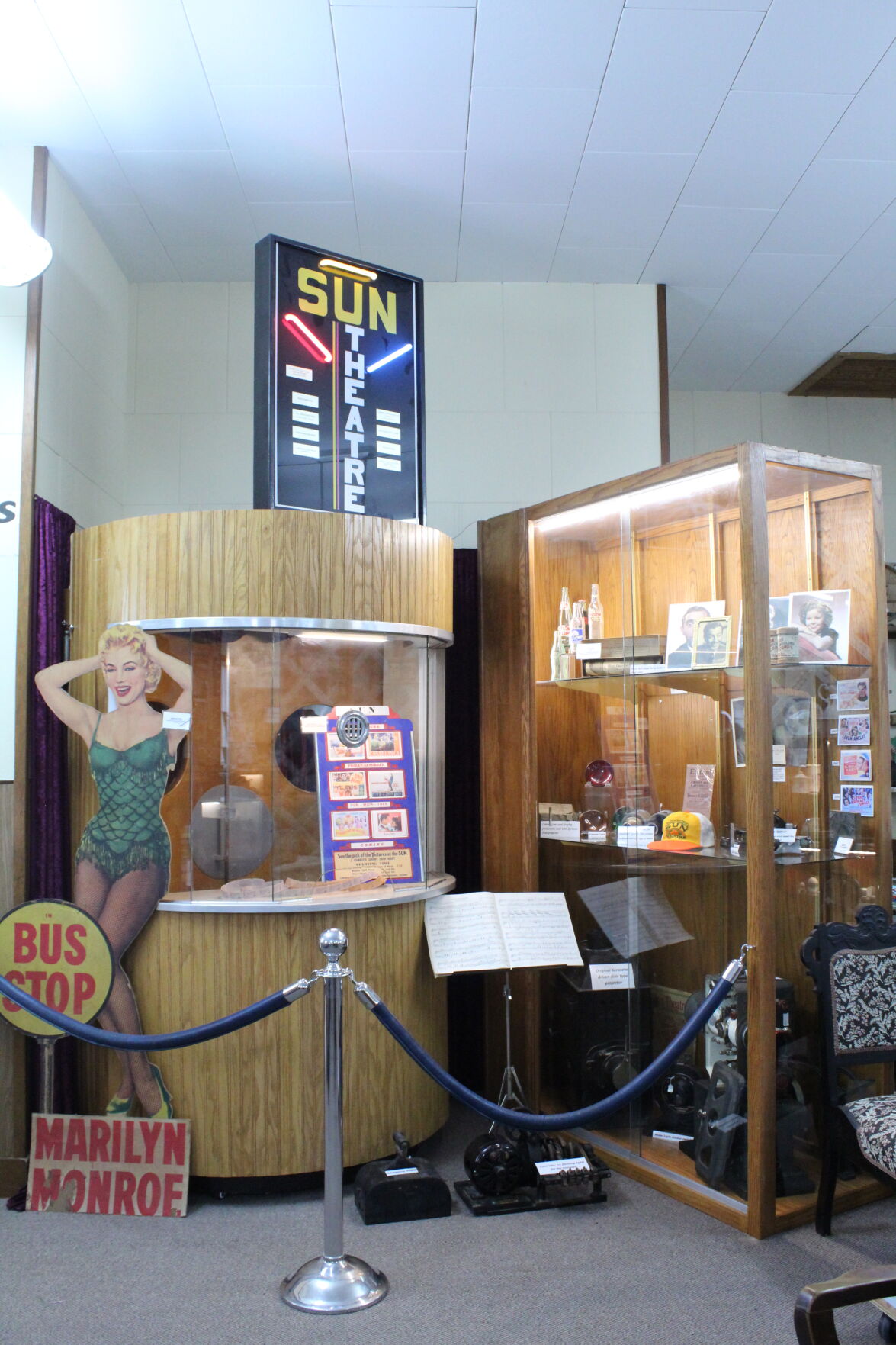 One of the many revamped displays at the museum features a tribute to the history of the Gothenburg Volunteer Fire Department.

Anne Anderson, Roger Heidebrink, Marcy Aden and Pam Slack are volunteers at the Gothenburg Historical Museum. They are preparing for a sneak-peek open house May 11-14 from 1 - 4 p.m. each day.

It has been more than a year and a half since the Gothenburg Historical Museum has been open to the public. During that time the museum board took the opportunity to complete some updates and special projects that they have been wanting to do for some time. And with restrictions loosened and projects completed, the board is excited to announce they are soon opening for the season!

According to board treasurer Anne Anderson, the museum received a tourism grant and they have used those funds combined with lodging tax dollars to complete some much needed renovation projects. Much of the inside has received a new coat of paint, and downstairs a new ceiling and new lighting has been added.

Board president Roger Heidebrink said the plan is to open to the public on May 18. However, the community and volunteers will have an opportunity to get a sneak-peek of what’s new next week.

“We have always had greeters and historically we have scheduled a day for them to come to the museum to see anything new that may have been added, or just get a refresher on where things are,” Heidebrink explained. “This year is different. Rather than having a set day and time we will have an open house for greeters and community residents May 11-14 from 1 - 4 p.m.”

Anderson said with all the changes that have been made to the museum this past year, volunteers are urged to come in during the open house hours next week to become familiar with those. She said the board is also encouraging the public to remain cautious. “Masks are recommended, but if they choose to socially distance and not wear a mask that’s fine. But we are urging people to be respectful of the wishes of others,” she said.

Several of the displays have been relocated and gotten a fresh look for this season, beginning with the railroad exhibit. “We moved that to the front because that is what settled Gothenburg. If the railroad had chosen to settle 20 miles south we wouldn’t be here, so that’s where I choose to start the tour,” said Anderson.

She explained that more photos are being added to the exhibits as well. “The pictures tell the stories,” Anderson said. Heidebrink said he is working on installing software into the digital picture display of Lake Helen that will allow visitors to more closely view those photos they are most interested in and learn a little more about them.

“We have applied for a grant and we’re hoping to put in five kiosks, and each one will tell a different story,” Anderson added.

Lights have been added to several of the showcases to allow visitors to more easily view the items on display, and specific exhibits like the Lincoln Highway have been expanded. A new display outlining the medical history of the community is prominently featured on the back wall of the museum, which incorporates old photos as well as current ones. “We are offering some new with old. We’re making history every day. You will see that same kind of theme with the agriculture display downstairs,” Heidebrink added.

The passion of the board members for preserving the history of the community is very evident. “We’re not just showing artifacts or old things - we’re telling a story,” said Anderson.

The Sun Theatre donated the old ticket booth that was removed during that building’s renovation to the museum, which the board has combined with several other loaned and donated pieces to create an early movie theater display. Visitors can easily spend a few hours exploring the exhibits and learning the story of Gothenburg.