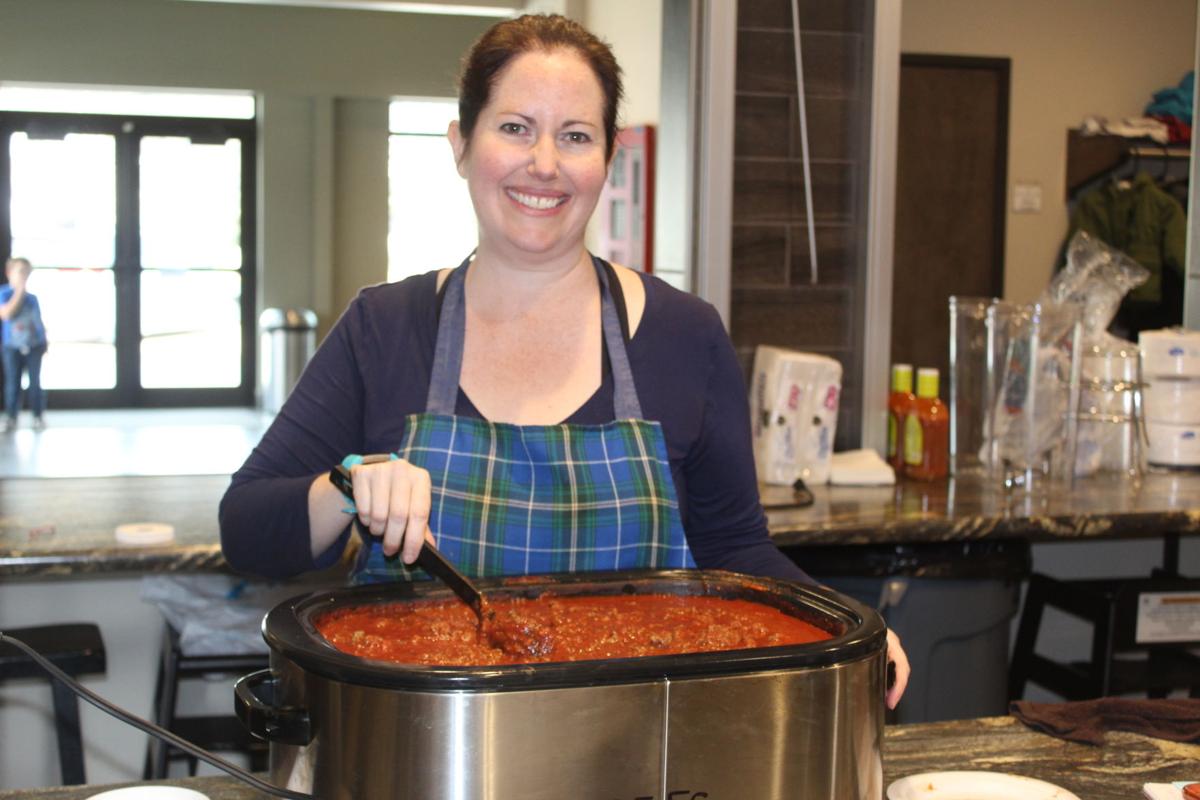 Paishence shares a laugh with her aunt, Echo Crouch. 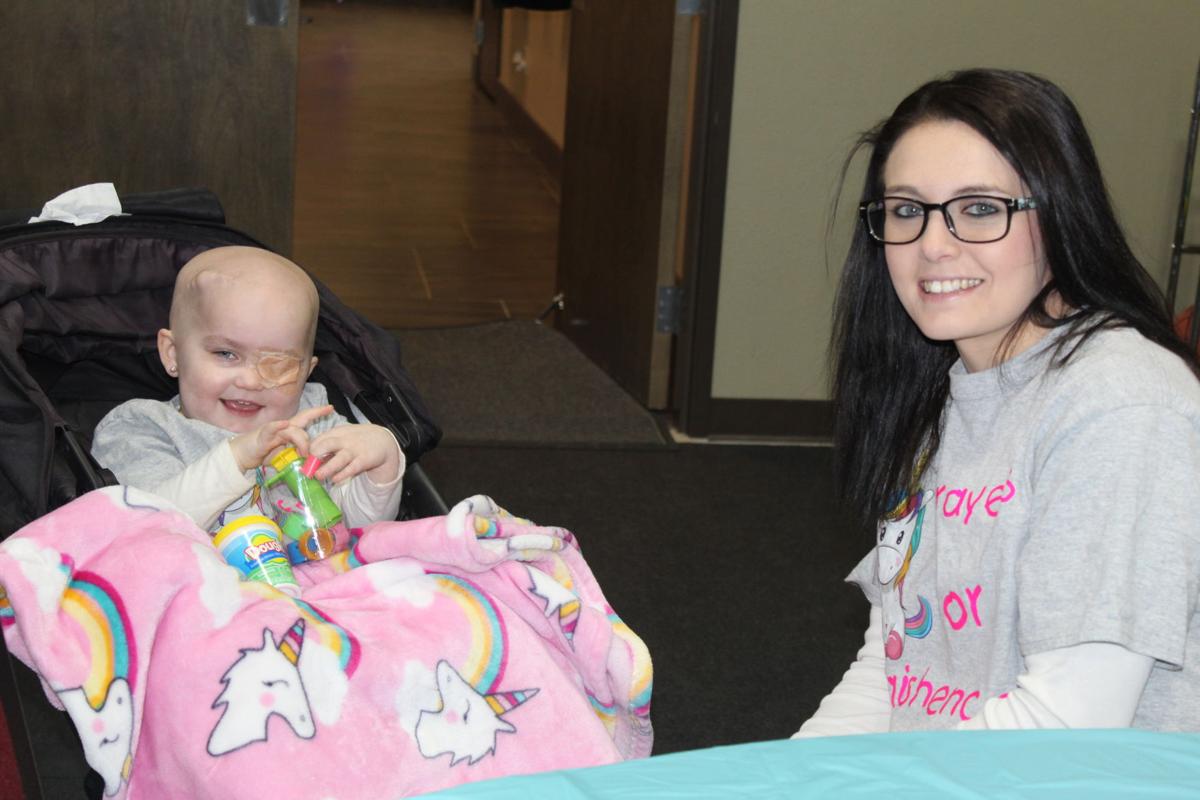 Tara Meyer and her daughter, Paishence, enjoy a moment prior to the benefit held for them Dec. 13. 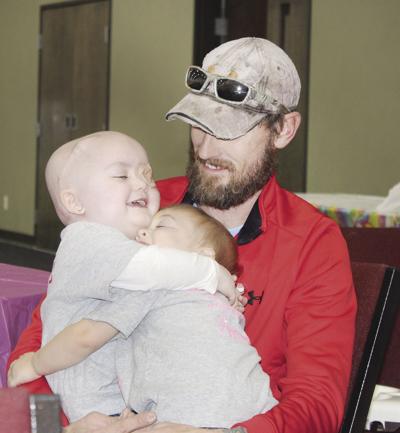 Paishence shares a laugh with her aunt, Echo Crouch.

Tara Meyer and her daughter, Paishence, enjoy a moment prior to the benefit held for them Dec. 13.

She had been repeatedly told her child just had the flu, and it needed to run its course. But as she rapidly declined, Tara Meyer knew her daughter was extremely sick. It took five trips to the emergency room, a series of tests, and a trip to Children’s Hospital in Omaha to finally get an answer. Little Paishence, now 3-years-old, was diagnosed with sonic hedgehog medulloblastoma.

Tara said she had a perfectly normal pregnancy with her third child, and that Paishence did not have any issues as a baby. “But when she turned two she started getting sick about once a month. She was always much tinier and more petite than my other kids,” said Tara.

She said things went downhill in a hurry for Paishence in August. “All of a sudden she lost her memory, she became incontinent and she quit walking. The decline was very quick. In the month of August alone she lost 12 pounds,” Tara said.

On Aug. 15, she took her little girl back to the emergency room in Columbus, and this time she said she was determined not to leave without an answer. The doctor did a scan of the child’s bladder and discovered debris in her urine. But despite believing it was simply an infection, those tests came back negative. So they stayed at the Columbus hospital, and waited.

“At 2 a.m. Children’s Hospital came to Columbus and got us. That morning they ordered an MRI on her brain. I immediately knew something was wrong when like eight doctors came in and told me to sit down,” said an emotional Tara, as she relived that moment. “They told me they found several masses in her brain. They wanted to do another MRI a couple of hours later, and that’s when they found her spine was also covered in a mass. I just broke down. I was there alone with my 2-year-old, and didn’t know what to do.”

After seeing the results of the MRI, doctors immediately rushed Paishence in to the emergency room and put in an external ventricular drain (EVD) to begin to drain some of the fluid from around her brain and relieve the pressure and swelling in her head. The EVD was left in place until a more permanent stent could be put in. A biopsy was done on the mass in her spine. Saying there was nothing more that could be done at that time, Tara and Paishence were sent home to wait for the results of the biopsy.

“Once we got home she declined very rapidly, and three days later we were back in Omaha,” said Tara. “That’s when we got the results that she had a very aggressive and rare form of brain cancer. They told us there was no neurosurgeon who would operate on her, because it’s too much. She has salt and pepper tumors everywhere in her brain - they quit counting those at 54. There were three masses with the salt and pepper tumors all around them.”

Dr. Minnie Abromowitch, an oncologist at Children’s Hospital, took over the care for Paishence. Formerly affiliated with St. Jude Hospital in Memphis, Tennessee, Dr. Abromowitch told Tara that the child’s best hope would be to go to St. Judes. So the doctor began making calls in hopes of making that happen.

“We got the news at 7 a.m. on Aug. 28 that we had been accepted at St. Jude and we were on the plane at 2 p.m. At that point we were not even sure she was going to make it to Memphis in time. I had documentation of what to do when we arrived in Houston, in case I lost her by then,” said Tara.

They arrived at St. Jude at 10 p.m., and early the next morning lab work was done to begin the next step. “I met with the entire medical team to establish a plan. They told me not to get my hopes up,” Tara said. “Because this was so aggressive they said they really did not expect her to ever leave St. Jude alive.”

On Aug. 30, Paishence was taken to surgery, and for nine excruciating hours Tara waited anxiously, praying for her daughter to live. She did. “I didn’t get to hold her for two days after the surgery. That was so hard.”

The surgeons were only able to remove about 35% of the tumor from the girl’s tiny brain. She then underwent six rounds of radiation treatment. Tara and Paishence remained at St. Jude for nine weeks. “She lost her hair during week three of radiation,” Tara said as she rubbed her daughter’s bald head. “They were so amazing at St. Jude. They took the time to explain everything so well. Dr. (Amar) Gajjar saved her life.”

During surgery a gastrostomy feeding tube (G-tube) had been placed in Paishence, and when she left St. Jude that is how she was receiving her nourishment. Tara’s sister, Echo Crouch, convinced her to bring Paishence to Gothenburg so Echo could help her sister care for the little girl. She agreed, and said she is very glad she did.

Within just a few days of being released from St. Jude, Paishence began eating solid food. Tara said since Oct. 22, her daughter has nearly doubled her weight and for the most part is a giggly 3-year-old. For now.

Every Thursday Tara and Paishence travel to Omaha for a six-hour chemotherapy infusion. Those were ordered for 12 months. “We are just prolonging her time with us,” Tara explained. “Her cancer is so aggressive we are never going to get rid of it. They told us we had 6-12 months.”

Beth Shank is the wife of James Shank, associate pastor of Evangelical Free Church of Gothenburg. When she heard Paishence’s story, she wanted to do something to help Tara with expenses. When the other ladies of the church found out they wanted to help too, and plans were made for a spaghetti feed benefit.

“The church families have donated all of the food and supplies so that everything that is donated will go directly to Tara and Paishence,” said Beth.

“The church and this community has really rallied around us, and I appreciate that so much,” said Tara. Right now she is just focusing on making the most of her last Christmas with Paishence - here on Earth anyway.

"I just broke down. I was there alone with my 2-year-old, and didn’t know what to do. "