Skip to main content
You are the owner of this article.
Edit Article Add New Article
You have permission to edit this article.
Edit
Home
News
Sports
Brady Bulletin
Local Events
Galleries
Birth Announcements
Obituaries
Classifieds
e-Edition
Contact Us
Share This
1 of 3 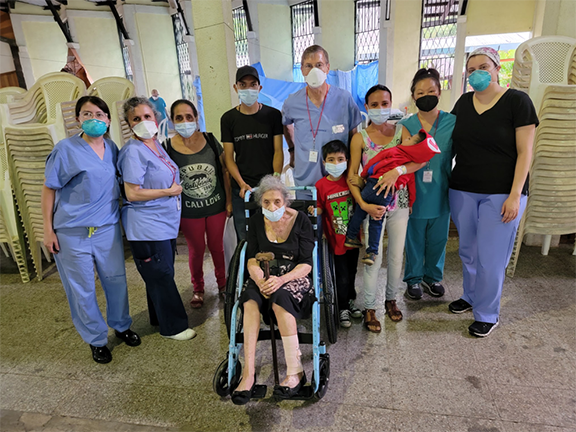 The pharmacy team that Rick Zarek and Jamie Brundage were part of poses with a five-generation Guatemalan family who visited the clinic while they were there.

People wait in the outdoor clinic area to be seen by a medical provider and pharmacist in a remote area of Guatemala. 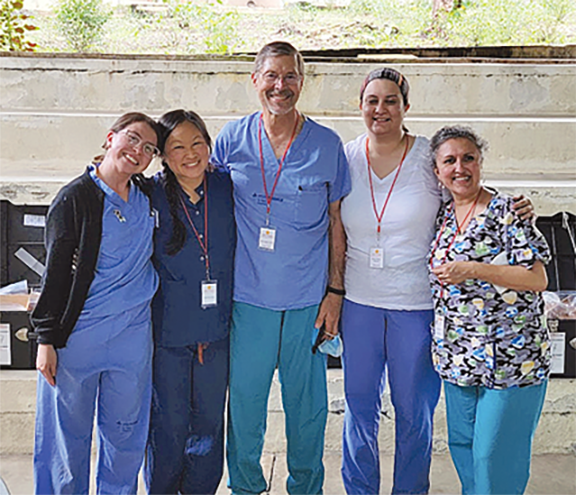 Rick Zarek, center, and Jami Brundage, to his right, were part of a pharmacy team who recently traveled to Guatemala with Faith in Practice.

The pharmacy team that Rick Zarek and Jamie Brundage were part of poses with a five-generation Guatemalan family who visited the clinic while they were there.

People wait in the outdoor clinic area to be seen by a medical provider and pharmacist in a remote area of Guatemala.

Rick Zarek, center, and Jami Brundage, to his right, were part of a pharmacy team who recently traveled to Guatemala with Faith in Practice.

“Mission work is kind of near and dear to my heart, and I’m always glad to talk about it.” That is how Rick Zarek of Gothenburg began a presentation last week as he discussed a recent trip to Guatemala to provide medical care and medications to people in remote areas.

Accompanied by Jami Brundage, an employee and former co-worker of Rick’s at Gothenburg Discount Pharmacy, the pair joined a small pharmaceutical team traveling to a part of the world where such things as medicine are hard to come by. Rick has served the Gothenburg community as a pharmacist for 44 years.

“It was a great trip. We enjoyed the people, and everyone was really gracious. The organization was very well organized and I was very grateful to be there,” Jami added.

The team saw about 250 - 300 people each day while in Guatemala, and Rick estimated they dispensed about 1,000 prescriptions per day. There was one other pharmacist on the team. The medications came from various sources, but Rick wanted to publicly thank Dan Kreis at Gothenburg Discount Pharmacy for donating an entire suitcase full of medicine to the cause.

The organization the team traveled with is called Faith in Practice, a non-profit, ecumenical Christian organization that seeks to improve the physical, spiritual, and economic conditions of the poor in Guatemala through integrated surgical, medical, and dental mission trips and health-related educational programs. Working in partnership with local Guatemalan hospitals and organizations, more than 1,500 U.S. and 1,000 Guatemalan volunteers work together to serve and provide healthcare to more than 30,000 Guatemalans annually.

It is not an easy, luxurious journey to serve the way they do. “It took us two days to get to where we were going, and we practiced for four days and took two days to get home,” said Rick.

Being a member of a missions team is nothing new to Rick. For a number of years he made trips twice a year to Haiti, for two weeks at a time. “In November 2018 we had to get out of there at 3 a.m. to avoid mobs and road blocks, and we have never been able to go back. Every six weeks we would plan a trip and then have to pull out because the government told us not to travel, and it’s still that way,” Rick shared. “So some of us have pivoted to Guatemala.”

Unlike Haiti, the Guatemalan team had pretty nice accommodations. The team consisted of about 20 people, including practitioners and translators. They spent the first night in Antigua and were then bussed to rural areas to practice. “We felt pretty safe anytime we were on the highways, because we had a police escort. Faith in Practice does a really good job of keeping us safe,” Rick explained.

He said one of the things he noticed was that every inch of cultivable land, even halfway up the mountains, was tilled by hand and planted to corn. The team practiced primarily in outdoor eating areas, which Rick said luckily were covered as it rained every day. All medications are prepackaged and prelabeled, and arrive in a large truck.

Jamie explained that each person coming to the pharmacy had a process to go through. “The clinic had been set up the day before where everyone had to go to check in, and they had to go through every station before they could see anyone in the clinic and pharmacy,” she shared.

Rick said the organization goes out into every community and finds volunteers to help, and those volunteers then go out and find people who need to be seen and give them an appointment. “So on a particular day there might be 60 people that come at 8:00, another 60 at 10:00, another 60 at 1:00 and so on, so they’re not all there at once. Really the whole idea of this clinic is to find people who need surgery,” Rick explained. “So Faith in Practice has these clinic teams and in Antigua they have a big surgery team where patients are referred to.”

He said the team also took a lot of wheelchairs into Guatemala. “That was a wonderful thing to see out in that rural area. Say you have an 8-year-old that is handicapped and you’ve been carrying that person on your back all this time, and all of a sudden they have a wheelchair they can use. It really makes a difference,” he said.

Eye glasses were also given away to those who needed them. While the services varied for each person, Rick said that everyone came to the pharmacy. “Everybody got at least vitamins if nothing else. We were pushing out a lot of medications, and we talked to everyone,” he explained. “These people were mostly illiterate so they couldn’t read the labels, so through an interpreter we explained to everyone what the medicine was for and how to take it. That takes some time when you’re doing it 1,000 times a day.”

He shared a heartwarming story of a young boy who tugged Rick’s leg, and speaking through an interpreter shared that he wanted a picture of Rick with his family - all five generations of them who had come to the clinic that day. “That was really cool. We just got so many ‘God bless yous’ - it is well worth it,” said Rick.