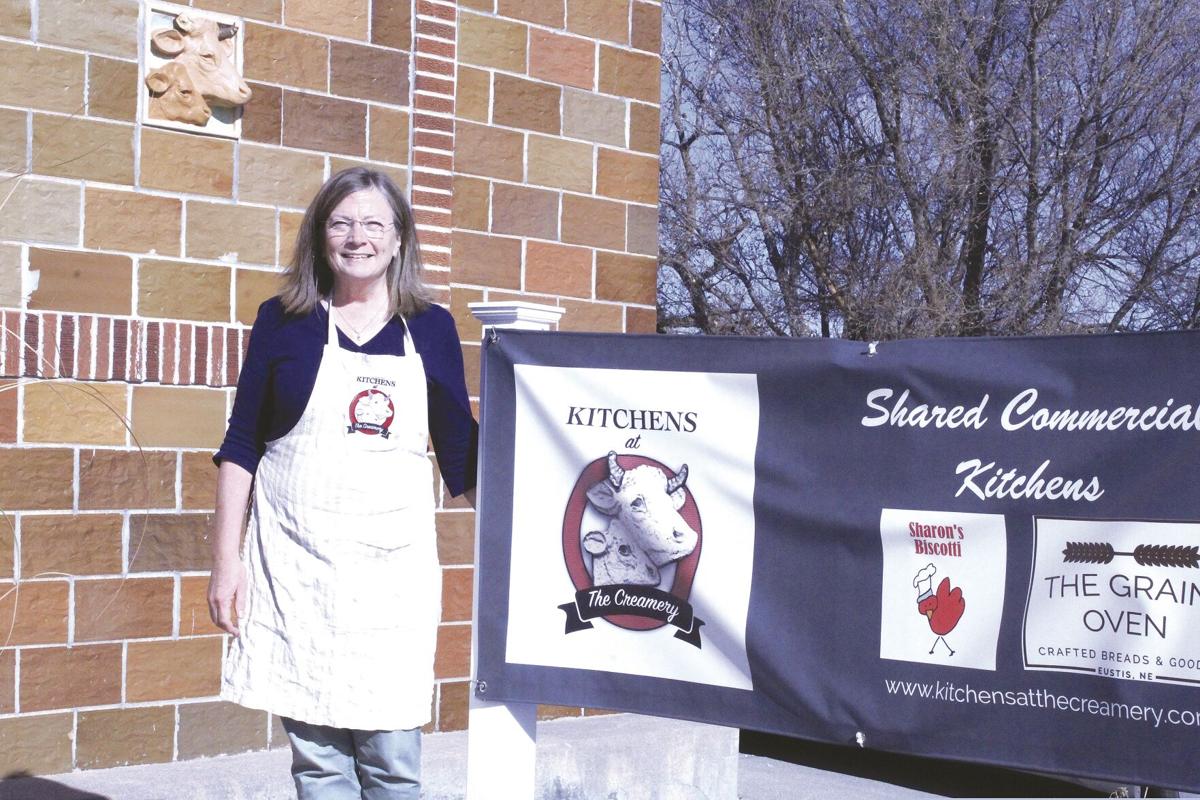 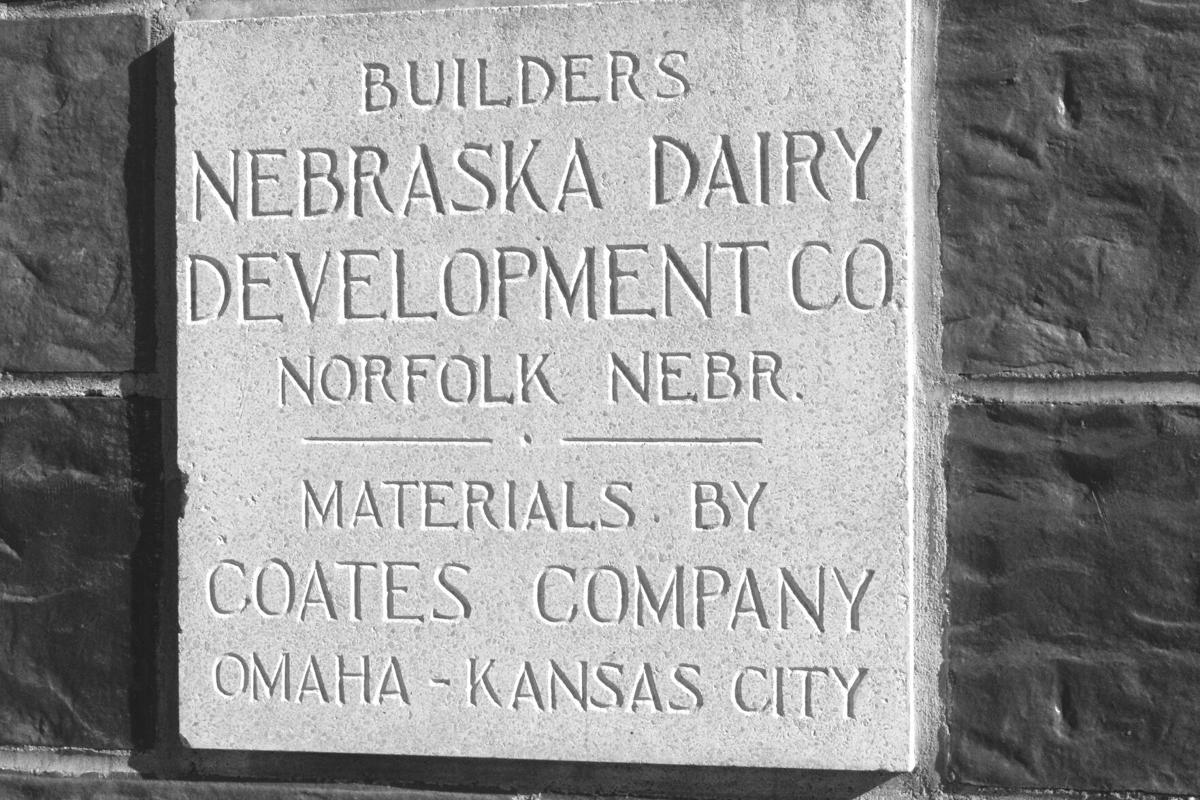 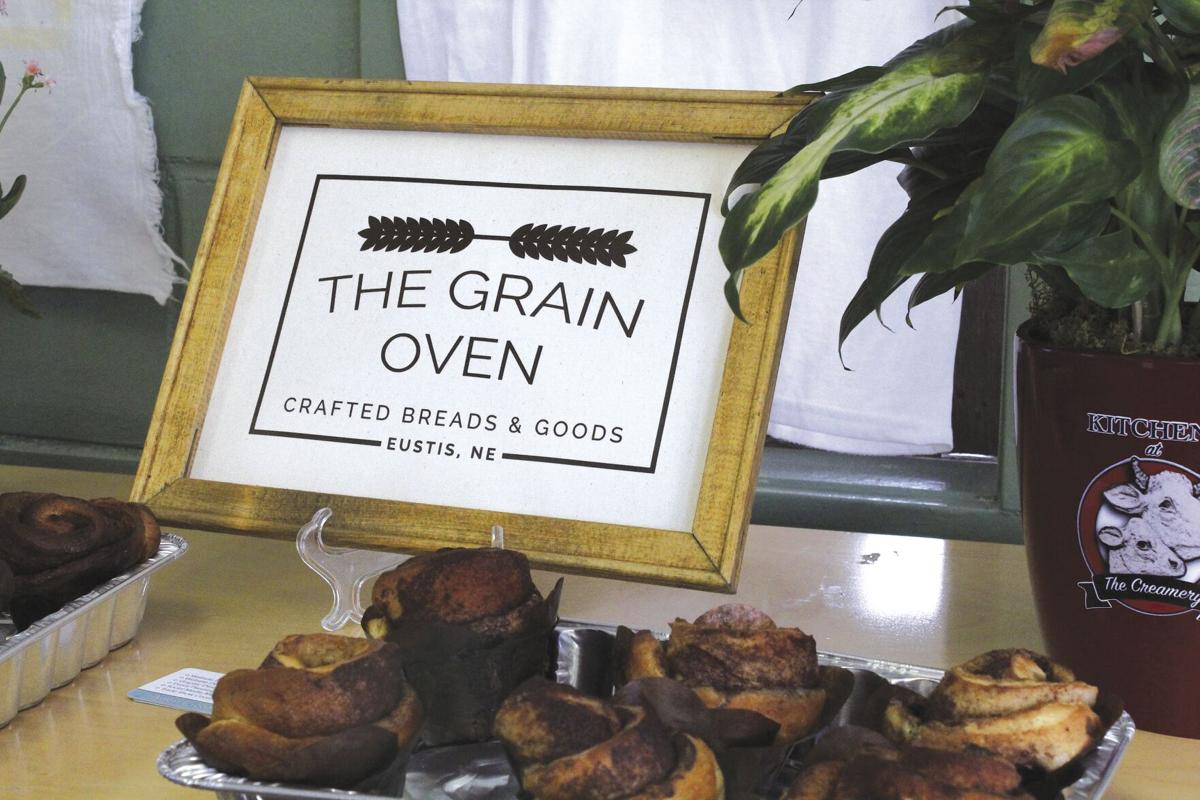 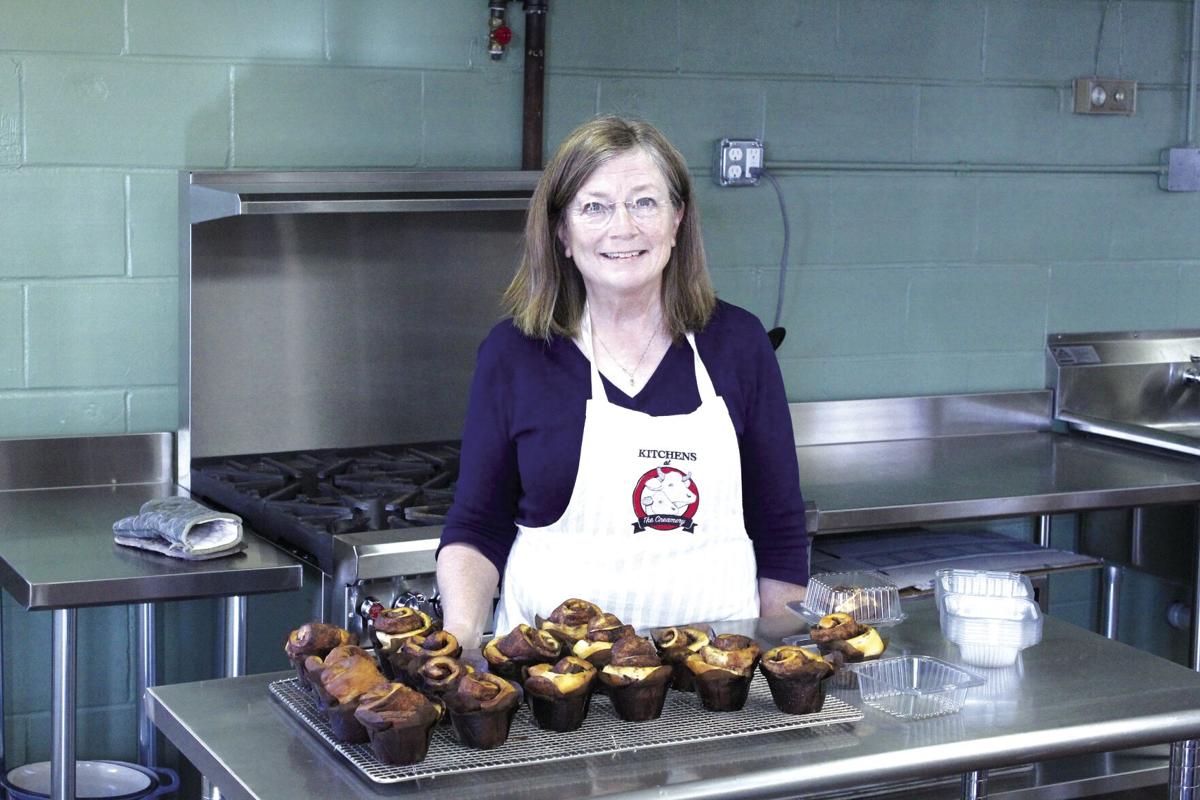 A nearly century old building in Eustis has found new life, and we all have an opportunity to enjoy the rewards of that. Lori Johnson-Berke and her husband Steve, have purchased the old creamery, and last month Lori fulfilled a goal of opening her own business. What makes it even more special is that she is also giving opportunities to others who may be interested in their own food production business as well.

The couple lived in Gothenburg in the mid 90s to early 2000s, where Steve was pastor at American Lutheran Church. They then moved to Colorado for 10 years before relocating back to the Eustis area about five years ago. They currently live on the family ranch.

Lori was a nurse by trade and practiced for nearly 40 years, primarily in home health and end-of-life care. “A year ago in October I decided I was getting close enough to retirement that it was time to pull back on nursing. I still do a little bit of remote work though,” she said.

She explained how the idea for her business, The Grain Oven, first came about. “We were eating at 242 House one day and she mentioned that she needed local vendors, and I asked what she was looking for. She said breads and crackers, and I said ‘I can do that!’ And then I learned that you can’t sell  to stores or restaurants without a commercial kitchen, so that led to looking for space and that took quite a few months.”

“The creamery was available here in Eustis, and my husband’s from Eustis, so we decided to go with it. There’s more space here than I need just for myself, so part of my venture is Kitchens at the Creamery where we rent out commercial kitchen space to other people who want to make products and sell them,” Lori shared.

At The Grain Oven, Lori specializes in breads, crackers, pretzels and cinnamon rolls. The business just held its open house on Oct. 30. She sells items specifically by order. “Being just one person I didn’t think I could do retail or a storefront type thing.”

She sells items at farmers markets and area restaurants and coffee houses, and last week she just shipped her first mail order.

Local baker Sharon Larson also uses the kitchen for her business making biscotti. “She was doing some things at the creamery already and decided to stay on when I bought the business,” Lori said. “She has quite a bit of experience in food production so she has been very helpful to me.”

Lori said her grandmothers taught her a lot about baking, “and my mom kind of gave me free range of the kitchen. When Steve and I got married we set the goal of making bread, and then when I quit working so much I started experimenting with other things - like sourdough bread. That was a challenge for me.”

Her mother-in-law, Dottie Berke, taught her and Steve how to make pretzels and some traditional German dishes. “She’s been really helpful in helping me develop my bread. She’s a really good cook,” said Lori.

Since then she has developed several specialty breads, including a country loaf, cranberry walnut bread, and apricot pecan bread. All are naturally leavened breads. “It’s just a lot of experimenting. And it’s really good stress relief.”

She has also developed her own cracker recipes, which include pumpkin oatmeal and cherry blue cheese. Recently she also added a cracker made with einkorn flour, and ancient wheat flour. It also has toasted quinoa and honey. “That’s been a lot of fun. My next challenge is to work on a gourmet hamburger bun,” Lori said.

Her cinnamon rolls are available at Lasso Espresso in Gothenburg and several of her items can also be found at 242 House. She is working on developing a website, and when complete products will be available through the site.

Eustis has a bit of history when it comes to food production. Long known for their sausages, perhaps their most famous product has been Village Piemaker pies. The pie maker actually started her business in the creamery, which is now 98-years-old. Lori is very proud of the old building, which she says is one of the reasons she and Steve purchased it. Many of the townspeople have visited the kitchen and shared memories of coming to the creamery as kids to drop off eggs and cream. “Some people have even talked about what they did with the money after they left. It’s been a part of the community for a long time. One goal of mine is to get it on the historical registry by the time it is 100-years-old.”

Lori and Steve have two daughters; one in Minneapolis and one in Washington, D.C. Both girls have also picked up an interest in baking from their mom and grandmother.

Lori said what goes into her products is of utmost importance to her. “I’m trying to use local vendors for my products. Bert and Cheryl Keller have shared their rye and barley with me, and Dean Gerkin provided wheat for me, and I’ve gotten some grain from Pleasant Hill Grain out of Hampton. My white flour comes from Juanita Rolling Mills, and I use Long’s Honey.”

She recently bought a grinder of her own and is learning to use that to grind her rye and wheat.

Lori’s dream is for the space to not only be utilized by her and Sharon for their baking businesses, but other area artists as well. “We are trying to promote people being able to produce their food items here, and hopefully start their own businesses. That’s kind of a goal for us,” she said.

She is taking orders and does encourage people to find her on Facebook or email her at lori@thegrainoven.com.