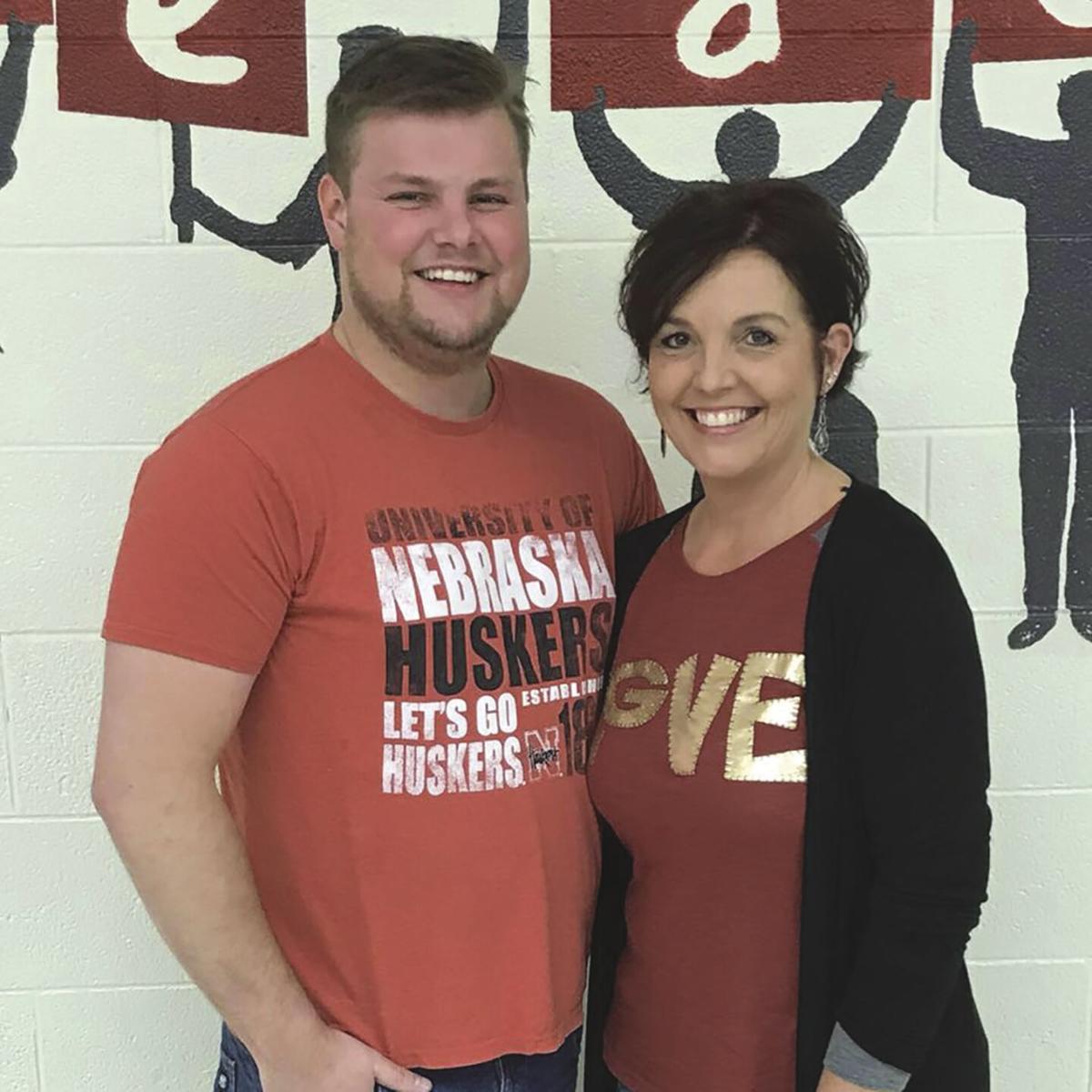 Austin Fletcher and Kristen Rickertsen own and operate The Remedy Clinic in Gothenburg. 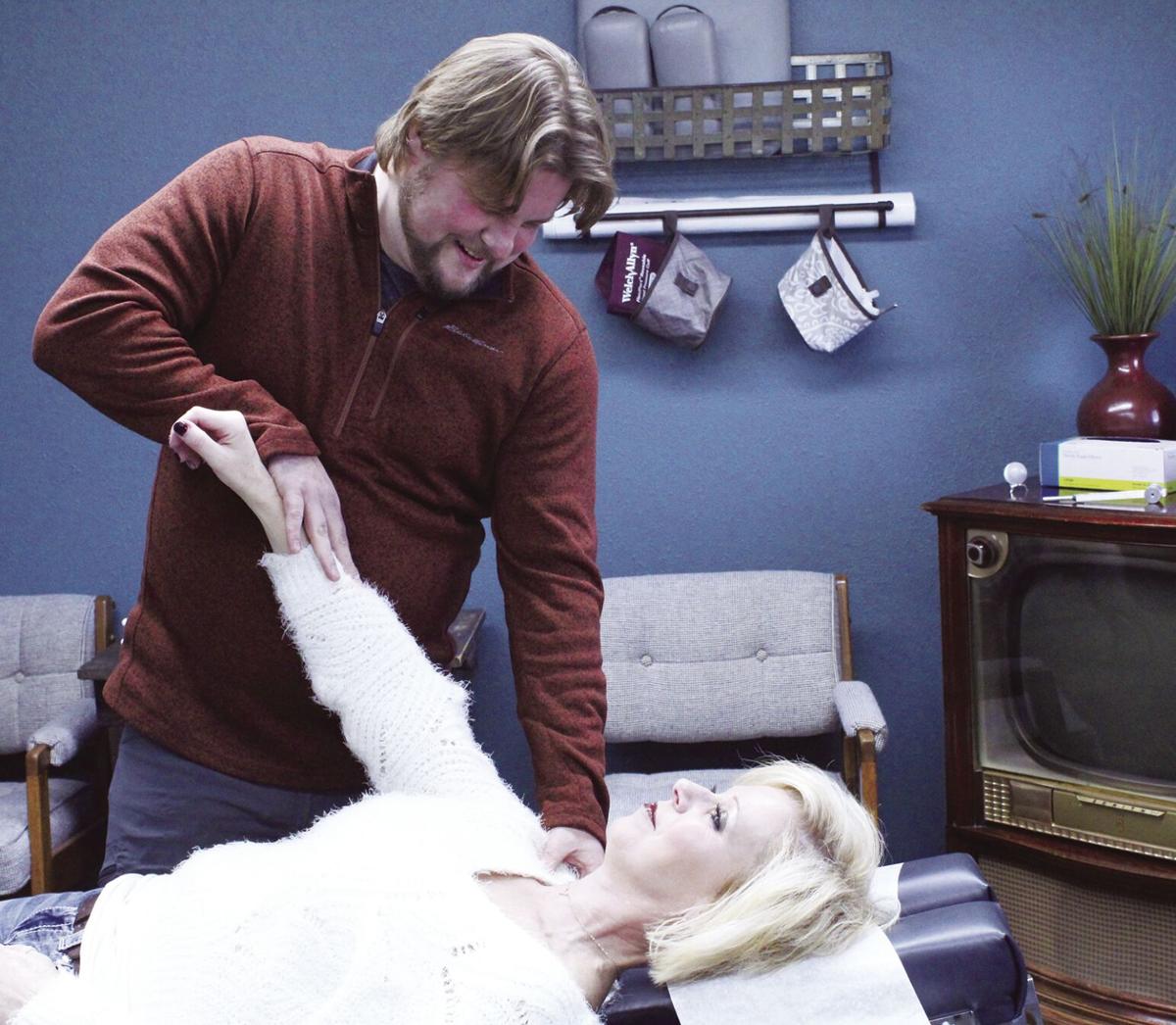 Chiropractor Austin Fletcher works with a patient at The Remedy.

Austin Fletcher and Kristen Rickertsen own and operate The Remedy Clinic in Gothenburg.

Chiropractor Austin Fletcher works with a patient at The Remedy.

When asked what they want to be when they grow up, many little boys might answer with things like a fireman, cop or cowboy. Austin Fletcher was not like most kids though. He decided at the tender age of 9-years-old what profession he wanted to pursue, and he made it happen.

Austin grew up in Maxwell, and after graduating from Maxwell High School he attended the University of Nebraska-Kearney. He went to chiropractic school at Logan University in St. Louis, Missouri where he earned his bachelor of science degree and later his doctorate of chiropractic.

After graduating from Logan University Austin moved back to Kearney to go to work with a doctor he had considered a mentor while attending UNK, Dr. James Sheen. “I worked for him for about a year and decided I wanted to open up my own place,” Austin recalled.

As it turns out he had known Kristen Rickertsen, APRN, for several years - her sister is married to Austin’s cousin. Austin was visiting Gothenburg regularly to see Kristy, and while here he was doing chiropractic treatments on some of Kristy’s friends.

“She kept talking about going into business together and every time I was here she just kept putting that little bug in my ear,” Austin said. “I finally said ok, let’s do it - and we started working on it.

He specifically recalls the pivotal moment in his life when he knew chiropractic medicine was what he wanted to do with his life. “When I was 9-years-old my mom broke her back stepping off a dock into a boat and ended up having to go to several different spinal surgeons. After that she started losing her leg muscles. She had a hard time walking and wasn’t able to move much,” said Austin. “She ended up going to Dr. Dunlap in North Platte and after about three or four visits she was able to start using her legs a little bit better. I happened to go with her one time, and at that point in my life I knew I wanted to do something in the medical field but I didn’t know what. I saw that man work and thought, ‘what did you just do?’ Seeing my mom’s legs work and her getting better and better was really neat to watch, and I knew then that I wanted to do that.”

Austin explained that there are literally thousands of chiropractic techniques to choose from, but he has always been interested in the neurology aspect of it. Dr. Sheen was using a technique called quantum neurology, and while some warned him that the doctor’s techniques were “quackery” Austin was fascinated. And when Dr. Sheen was able to fix a sprained ankle that Austin had seen several other chiropractors for within a matter of minutes, he was sold.

“It is a nervous system rehabilitation technique,” Austin explained. “Everything is connected to the nervous system so it is just a matter of finding where along the neurological pathway the glitch is that is causing the weakness for this person. I begin with the structural aspect because I am a chiropractor.”

The type of neurological treatment that Austin performs can be used on a wide variety of issues and injuries, including concussions. It is a specialized field that he had to travel to California about 10 different times to learn how to do. “I did weekend seminars and online training, and then had to practice it and practice it. I spent a pretty hefty amount of money to gain that knowledge,” he said.

As a result, Austin became the youngest doctor certified in quantum neurology in the world. Since he went through the program the method has been quickly growing in popularity, with many neurologists now on board. “I get called a witch doctor all the time,” he laughed. While some locals may joke about the techniques he uses, the patients are clearly satisfied with the results.

“I’ve been well received here. Within the first week I was open my entire booking calendar was full,” Austin said. “It just amazes me how far the reach is going now because of the specialty that I do. It’s really word of mouth.”

While most of his patients are suffering from back and neck pain which are typical for chiropractors, Austin does occasionally get to use his treatment methods in more unusual cases. “Those weird off-the-wall kinds of things will always be my favorite, but I do all kinds of things. I have been dealing with people recovering from Covid a lot lately. If it’s attached to your nervous system I can at least do something for you.”

The bottom line is, Austin said, that a person’s emotional, spiritual and physical health are all connected. It would seem to make sense, then, that treating all of those aspects together would be very beneficial to achieving overall healing and good health. And that is his ultimate goal.