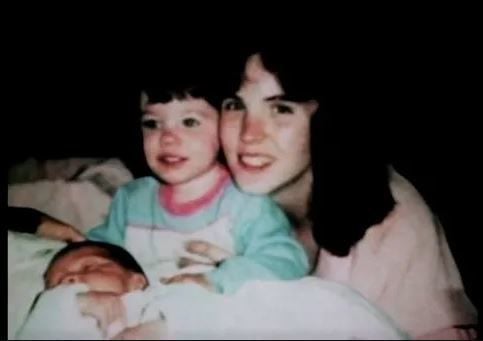 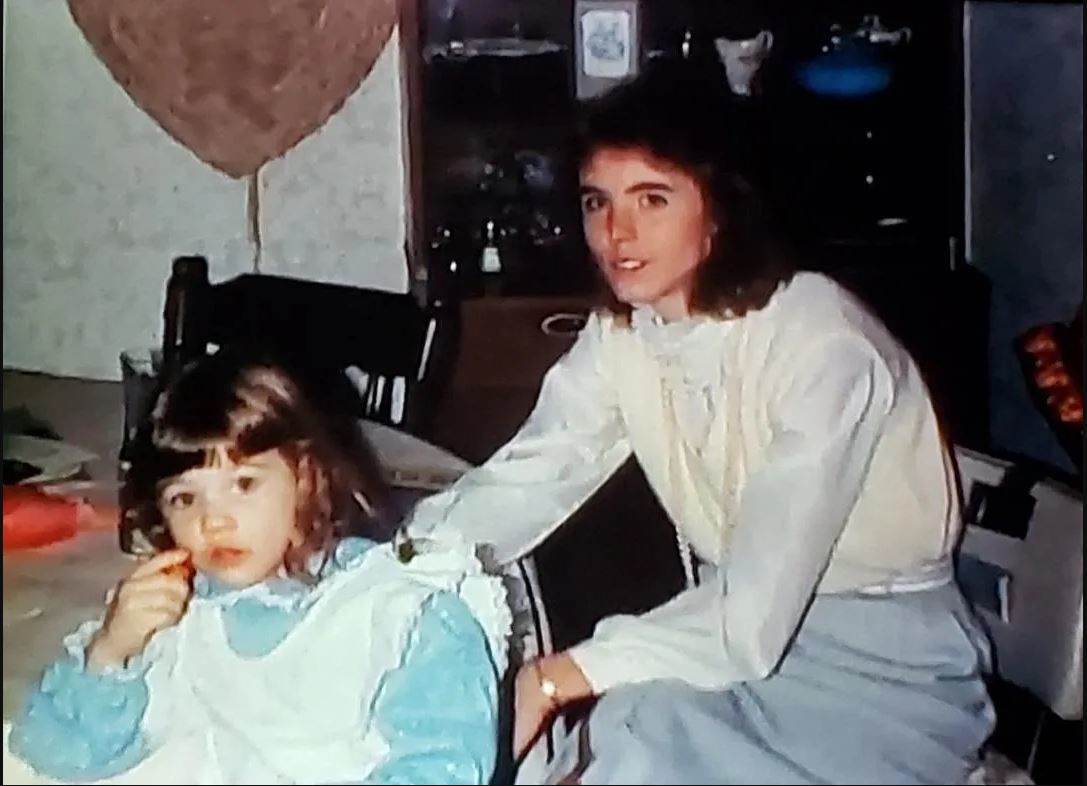 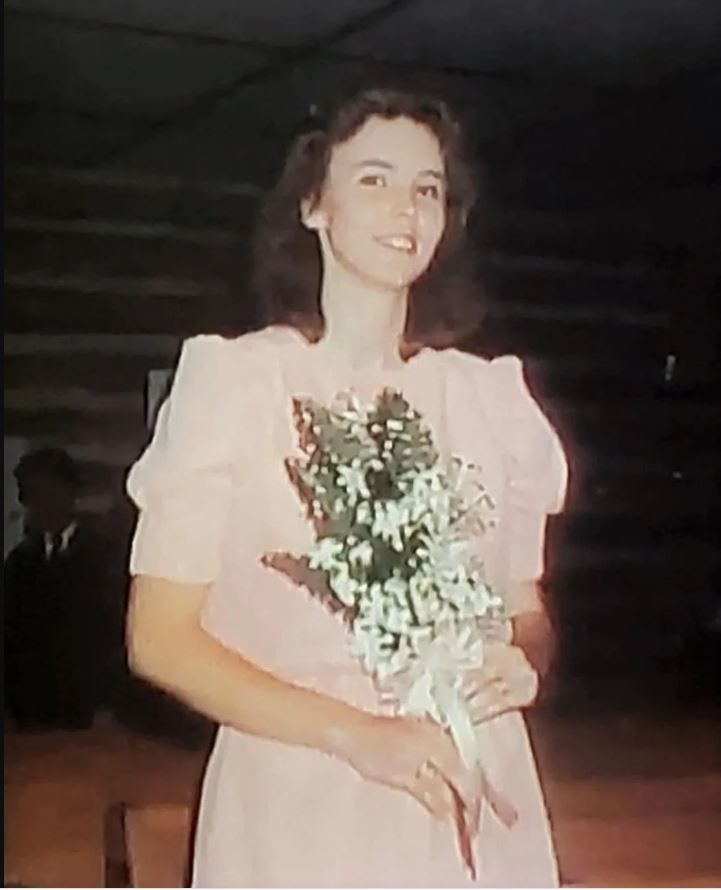 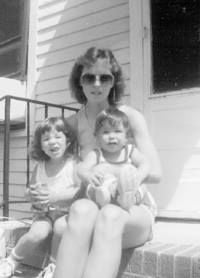 The case may be cold, but the search for answers is heating up

December 10, 1987. A lot has changed in the world since then, but for one family time came to a standstill on that date. And 32 years later, they are still looking for answers.

Christi Jo Willliams (Nichols) was last seen alive Dec. 10, 1987, when she left her children at home with a babysitter for an evening out with her husband, Mark. To this day no trace of her has been found and no one has ever been charged in her disappearance. Christi’s children have grown up without their mom; her siblings are growing older without their sister; and her parents have been forced to move forward without knowing for sure what happened to their daughter. It is a case that continues to haunt this rural Nebraska community, but most agree - someone has to know something.

A lot of things deteriorate with time; memories can become distorted, people die. But the family of Christi Jo and the three law enforcement agencies working simultaneously on the case are hoping that increased attention may actually jog someone’s memory - or perhaps encourage someone to finally share information that could be critical to this case.

There are some things a town just can’t forget, and incidents that are nearly impossible to move on from. The mysterious disappearance of a vibrant young mother of two more than three decades ago sent a shockwave through the community of Gothenburg that is still felt today, as the quest for answers continues.

The Nebraska State Patrol, Dawson County Sheriff’s Office and Gothenburg Police Department consider this an open case, and have continued to investigate off and on over the years since Christi Jo Nichols’ disappearance. The local authorities have sparked a renewed interest in the case with a press release put out through social media on Jan. 3. The Gothenburg Police Department stated that “while leads in the case have dwindled to just a few each year, each one is important and followed up on exhaustedly.”

The letter continues, “Once again we ask the public to please come forward with any information, no matter how seemingly unimportant you might think it is, it might just be the piece of the puzzle that is needed to bring closure to Christi Jo’s family.” It is signed by Dawson County Sheriff Ken Moody and Gothenburg Police Chief Randy Olson.

The now cold case has received tons of media attention, including an episode of Unsolved Mysteries a few years ago. While all of the investigation and research has revealed lots of theories and speculations, fanned by the flames of the local rumor mill, it has failed to provide investigators with the evidence they need to finally solve the case. However, breakthroughs in technology and DNA testing since 1987 have been enormous, and authorities and family members are encouraging anyone who might know anything to come forward. The slightest bit of information, they say, might finally crack this case.

Christi Jo Williams was 19 years old when she married Mark Nichols. The couple made their home in Gothenburg. She was 22 when she disappeared, leaving behind her two children, Lindsey and Preston.

Diane Janssen was the babysitter for the Nichols’ the night of Dec. 10, 1987, and later told investigators that she did not see or hear Christi when Mark returned home later that night. She also said while Christi was the one who had always paid her in the past, with a check, this time Mark paid with cash.

The next morning Christi’s mom called the house for her daughter. Mark told her Christi was still in bed, which he later admitted was a lie. According to reports, later that morning Mark dropped the children off at Christi’s grandmother’s house telling her he was going out to look for his wife. Investigators were never able to locate anyone to corroborate the fact that Mark really did that. He did file a missing person report later that afternoon.

Mark contended that his wife had left of her own accord, telling authorities her suitcase was missing and giving them a detailed list of her clothing items that were also missing. Three months later that suitcase was discovered at a rest area 30 miles west of Gothenburg. The officer who found the suitcase, Terry Ahrens, told Unsolved Mysteries that he found it surprising that the contents of the suitcase exactly matched the list Mark had given them of the missing items.

Reports of spousal abuse surfaced almost immediately after she was reported missing. In fact, investigators learned that Christi had been treated at Gothenburg Memorial Hospital for injuries she received during a fight with her husband just 10 days prior to her disappearance. She also reportedly spoke with a divorce attorney just two days before the last time she was seen. Though she had set up another appointment before leaving his office that day, the attorney never saw Christi again.

Extensive searches were conducted in and around Gothenburg, and each time searchers came up empty handed.

However, Mark continued to maintain that Christi left of her own will, suggesting she may have run off with a man she was reportedly involved with. In fact, initial reports of Christi’s disappearance received very little local media attention and seemed to suggest that authorities suspected more of a runaway woman than a foul play incident. She was first reported missing to the public in the Dec. 16 issue of the local newspaper, which was the first edition of the weekly paper to be published after Christi was last seen. It was reported as a small blurb on page 2 of the paper, simply asking the public to be on the lookout for her.

There was no mention of the case again in the paper until Jan. 6, 1988, almost a full month after she had gone missing. In this article it was revealed by then Gothenburg Police Chief G.R. Shackleton, that a hand-written note, supposedly written by Christi, was found in her car and stated that Christi had considered leaving her husband and two children. Shackleton also included information in the article that three people in North Platte and Gothenburg had reported seeing Christi earlier in December, after she was reported missing. Shackleton told the newspaper that he had found nothing at that point to indicate foul play.

Christi’s parents spearheaded the search and distributed posters of their daughter, asking people to call the listed phone numbers with any information as to her whereabouts. Family members have spoken out over the years with criticism at the way the case was handled, stating their belief that had authorities taken her disappearance more seriously from the beginning there would have been a much better chance of solving it.

In the Jan. 6 news article, Chief Shackleton was quoted as follows, “If she is out there, a phone call would certainly help. Just to let people know she’s all right.”

No call ever came.

Mark moved out of the house he and Christi shared the day after she disappeared, and reportedly boxed up all of her belongings and sold both of the family cars just a few weeks later.

WHERE WE ARE NOW

Attempts over the years to get authorities to open a grand jury investigation have been turned down due to a lack of evidence. The case remains open, and within the past couple of weeks the letter from local authorities has generated a lot of activity. It is the hope of everyone involved that the renewed attention might generate new leads which could finally potentially solve the question of what happened to Christi Jo.

“Just because it is considered a cold case doesn’t mean we’ve stopped working on it,” said Sgt. Clint Elwood, an investigator with the Nebraska State Patrol. “This remains a collaborative effort between the State Patrol, Dawson County Sheriff’s Office and Gothenburg Police Department. Any information that comes in we do follow up on it.”

Sgt. Elwood said authorities hope by keeping the story in front of the public it may jog memories and generate new leads. “There may have been someone who knew or heard something and was too afraid to come forward 32 years ago, that now may be willing to. Our goal is to work to find a resolution for the family and for the community,” said Sgt. Elwood.

“As technology advances we are able to do things now that we weren’t able to do 32 years ago, and that is exciting,” he continued. He said that continues to give authorities hope that one day the case will be solved. “Yes, we have other cases - but it is still very important to us that we find a resolution in this case and give the family closure.”

That need is apparent through social media postings by members of Christi’s family.

“I would give anything to know what happened to my mother. Or even to just find her! I need closure. My family needs closure,” wrote Christi’s daughter Lindsey on the DCSO Facebook post.

Christi’s sister, Cyndi, also commented on the post, “She is MISSED and LOVED. Please share her story.”

"I would give anything to know what happened to me mother. Or even to just find her! I need closure. My family needs closure."

If you know anything at all about the disappearance of Christi Jo Nichols, now is the time to come forward. Contact the Nebraska State Patrol at 535-8047, Dawson County Sheriff’s Office at 324-3011 or Gothenburg Police Department at 537-3608.

"Just because it is considered a cold case doesn’t mean we’ve stopped working on it."

More than 600,000 individuals are reported missing each year in the United States. While many are found quickly, alive and well, tens of thousands remain missing for more than a year - what many agencies refer to as “cold cases.” It is estimated that 4,400 unidentified bodies are recovered each year.

"She is MISSED and LOVED. Please share her story."