You are the owner of this article.
Edit Article Add New Article
You have permission to edit this article.
Edit
Home
News
Sports
Brady Bulletin
Community Calendars
Galleries
Birth Announcements
Obituaries
Classifieds
e-Edition
Contact Us
Share This
1 of 11 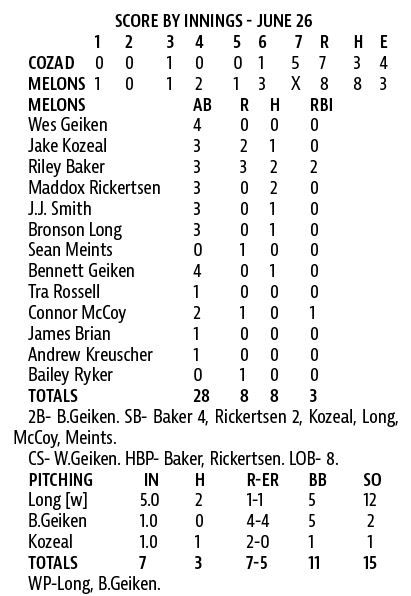 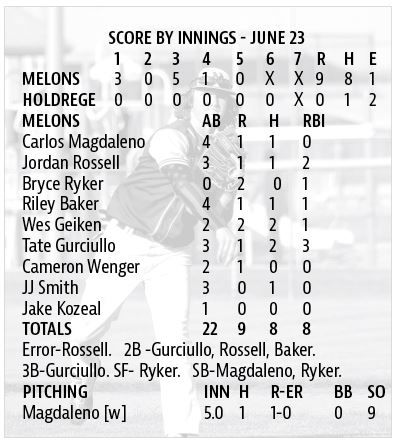 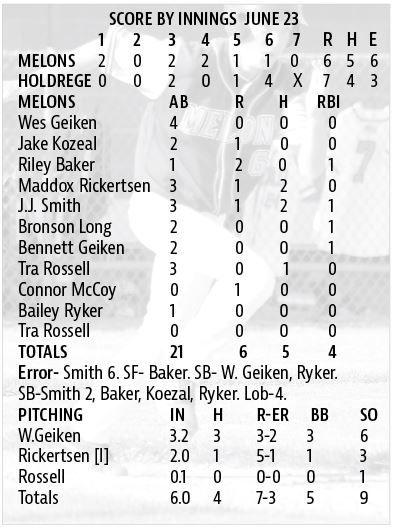 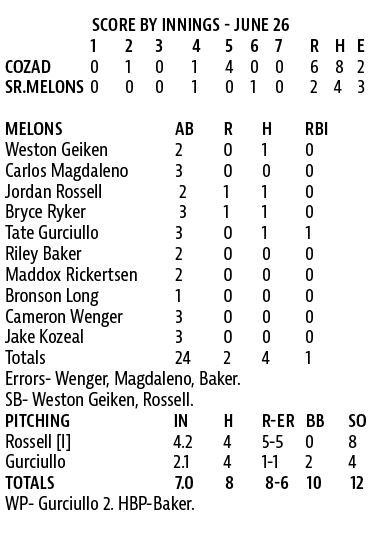 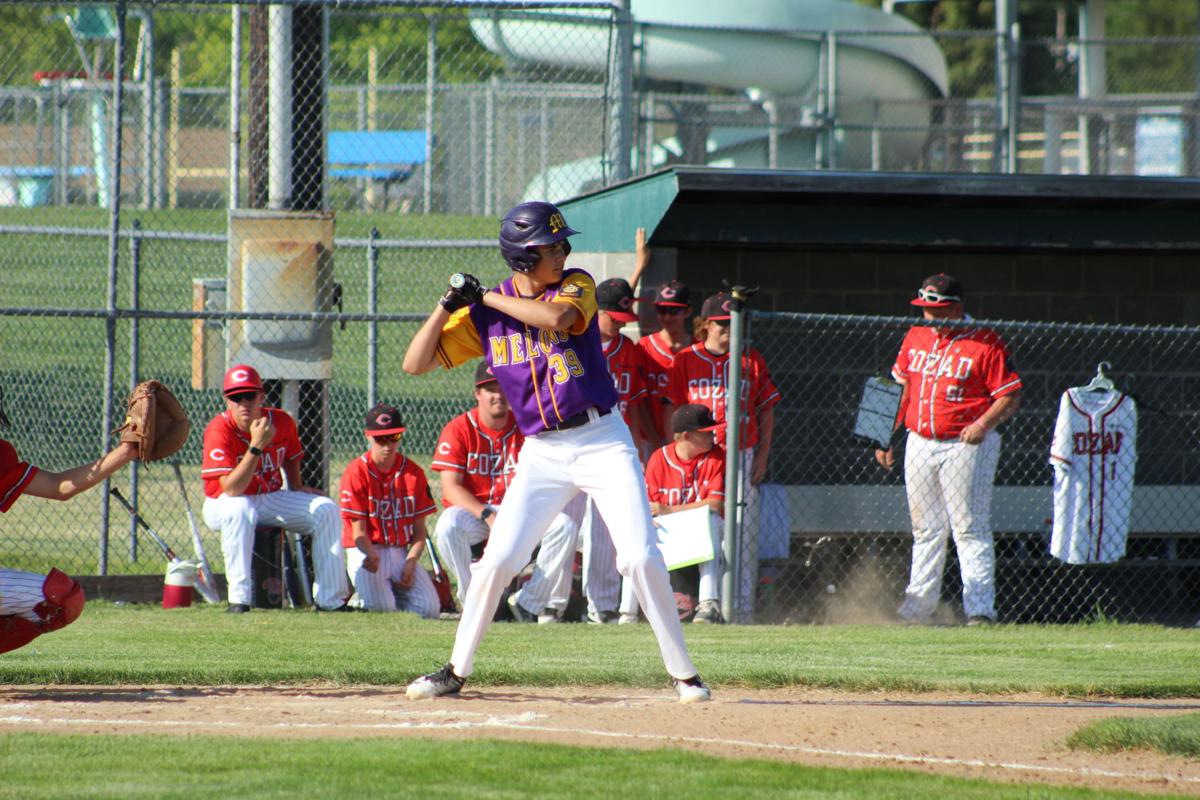 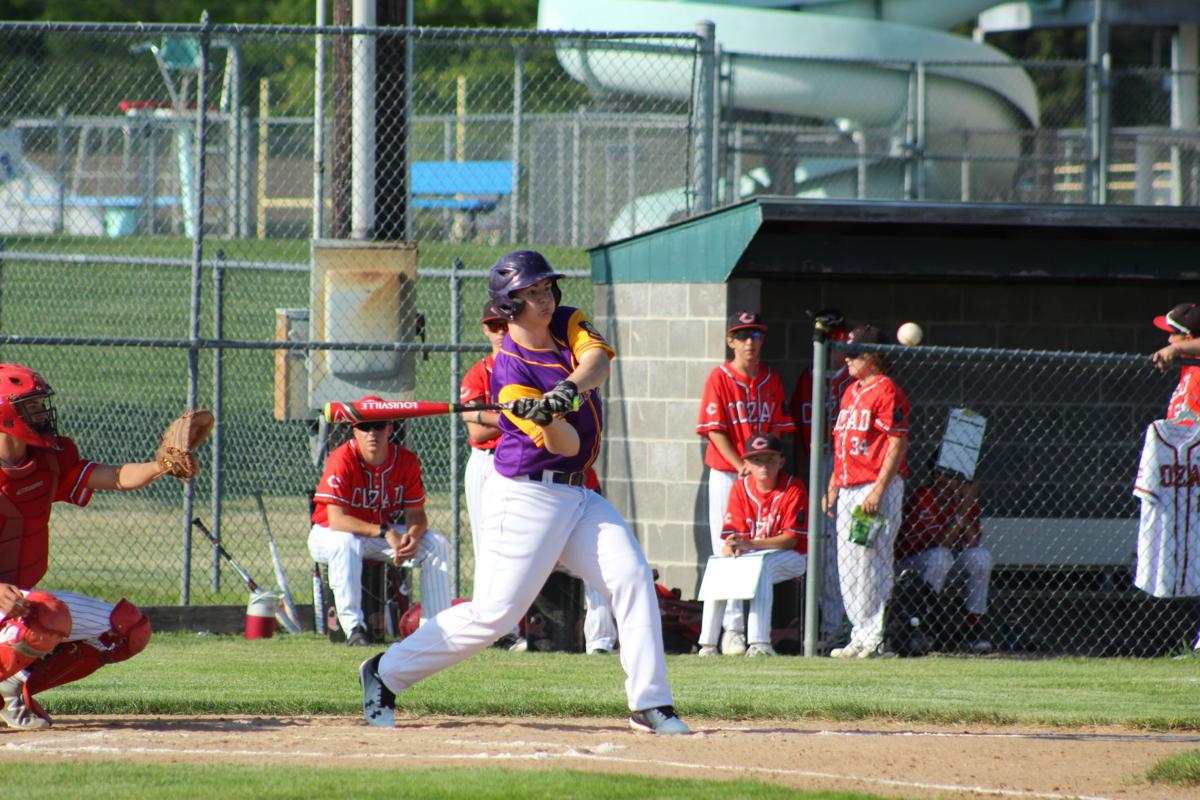 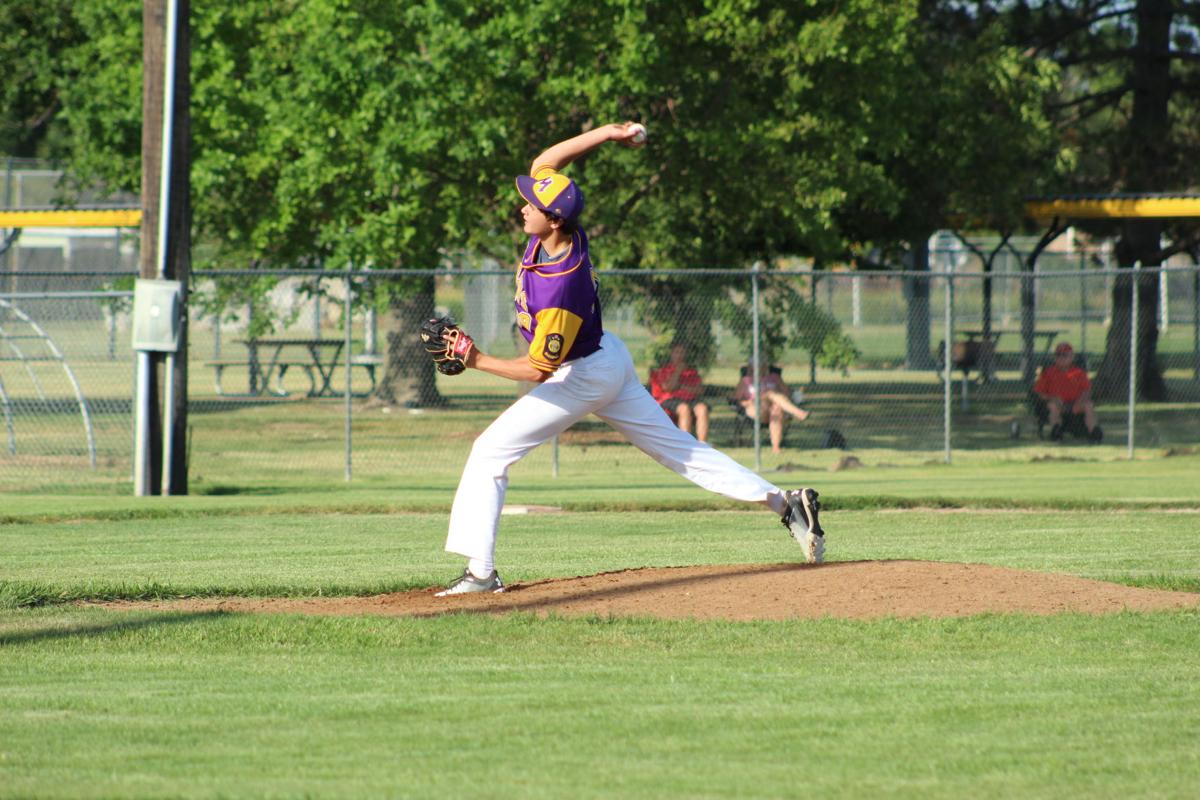 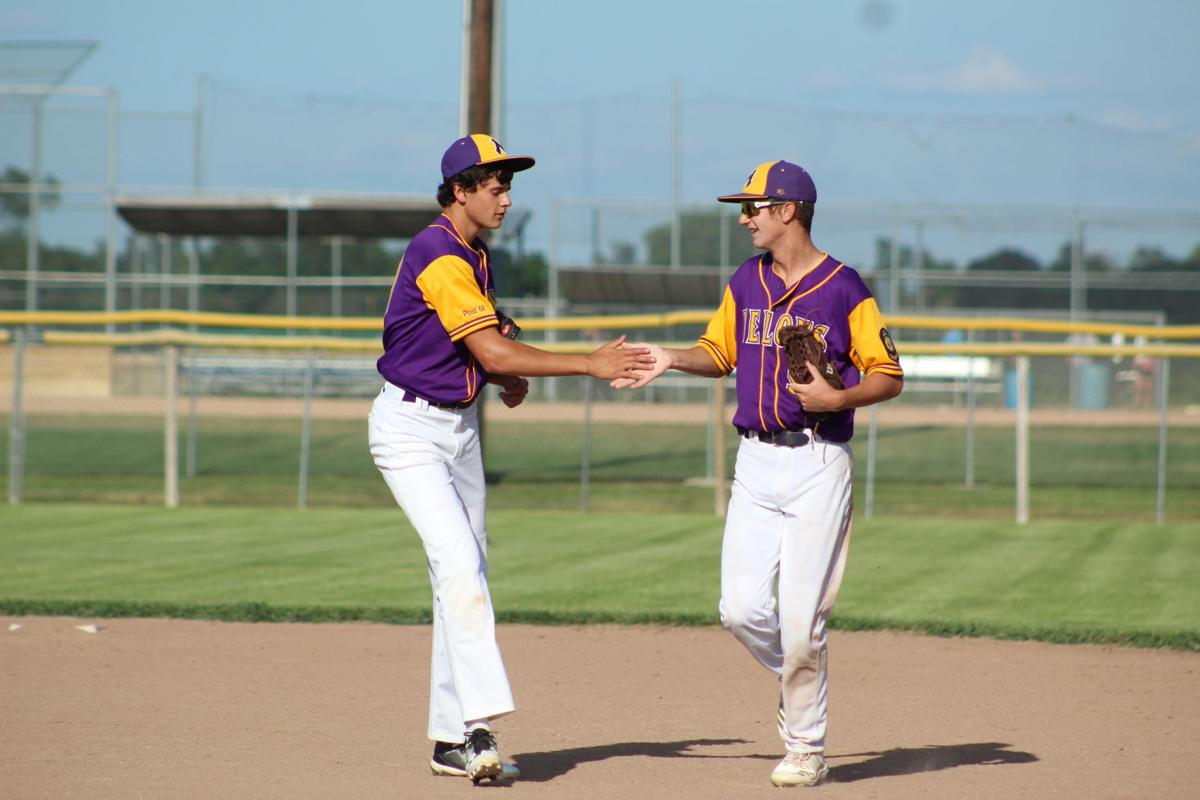 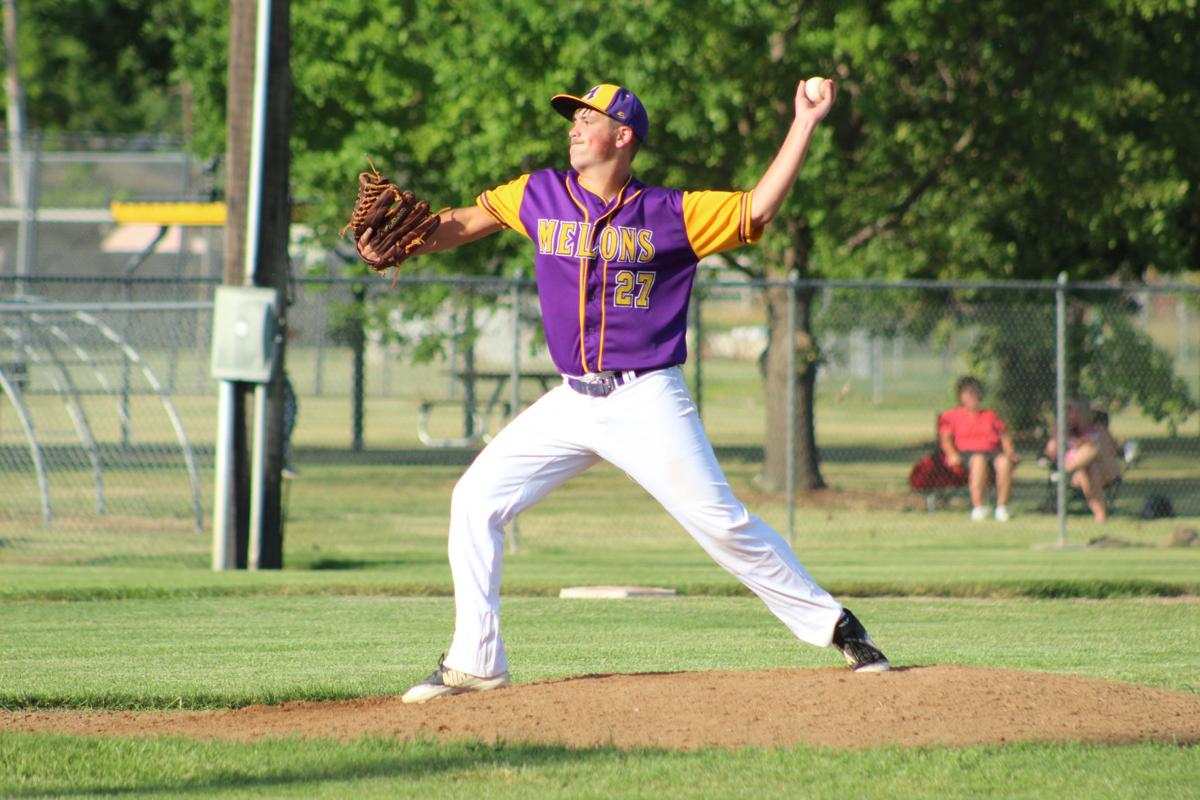 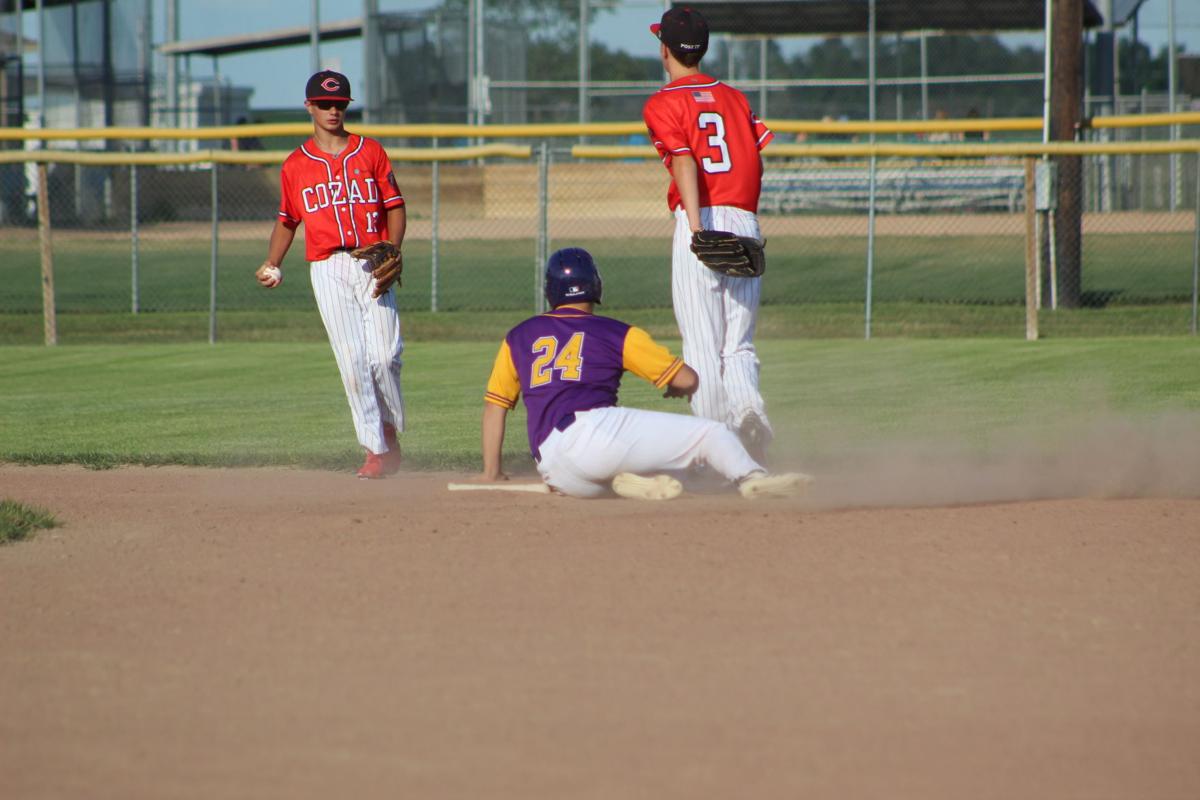 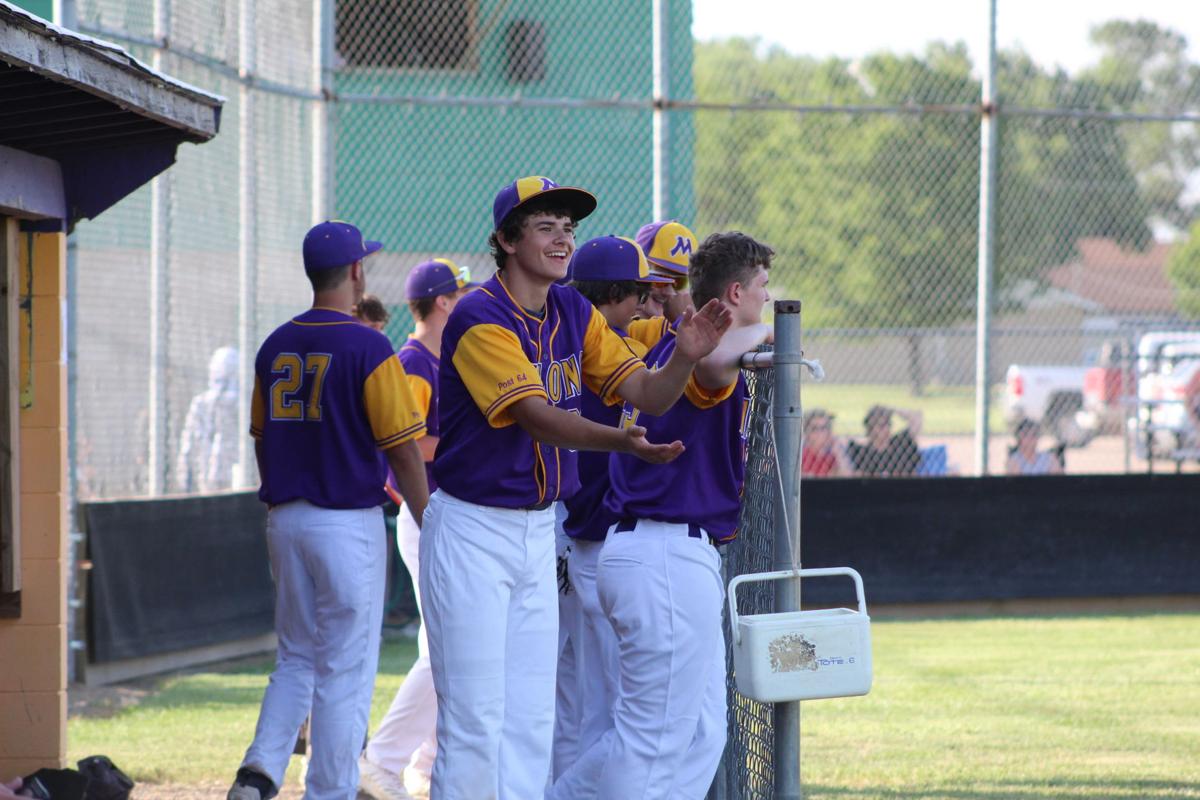 Magdaleno solid for Senior Melons on the road

Carlos Magdaleno pitched a gem of a game for the Senior Melons on June 23 at Holdrege, where they came home with a 9-0 win.

Magdaleno struck out nine over five innings, gave up only one hit and had zero walks.

Despite getting on the board early and out-hitting Holdrege, the Melons took a loss on the road against Holdrege, 7-6 June 23.

Wes Geiken got the start on the mound for the Melons, giving up two runs on three hits and striking out six over three and two-thirds innings. Rickertsen took the loss in his relief effort, allowing five runs on one hit over two innings with three strikeouts and a walk.

Cozad pitching too much for Senior Melons

Cozad jumped out to an early lead June 26 and didn’t look back, handing the Senior Melons a 6-2 loss at home.

The Melons got on the board in the bottom of the fourth when Jordan Rossell singled to centerfield and stole second three pitches later. Rossell advanced to third on a Bryce Ryker ground out and later scored when Tate Gurciullo singled on a line drive to center.

Cozad answered with four runs in the top of the fifth.

In the bottom of the sixth, the Melons tried to get the offense rolling again when Ryker singled to left field and took second on an error. He later scored on a passed ball. The inning ended on a fielder’s choice and the score stayed at 6-2.

Bryce Ryker, Tate Gurciullo, Wes Geiken and Rossell each had a hit in the effort.

The Senior Melons are back in action when they host Overton at the Gothenburg American Legion Ballpark July 3 at 8 p.m.

Junior Melons hang on in late innings for win

The Junior Melons jumped out to a six-run lead against Cozad June 26 despite a late-game surge by the Jr. Reds, and hung on for an 8-7 win at home.

The Melons plated a run in the first inning on a wild pitch in the third inning when a Maddox Rickertsen single brought Riley Baker home.

Three runs in the sixth brought the score to 8-2 heading to the top of the 7th when Cozad’s offense started to churn. The Reds plated five runs in the final frame before a fly out final out sealed the game for the Melons.

Bronson Long picked up the win on the mound, allowing one run on two hits over five innings with 12 strikeouts. Jake Kozeal and Bennett Geiken each picked up relief innings in the winning effort.

The Junior Melons look for the next win against Overton at home on July 3. First pitch is at 5:30 p.m. at the American Legion Baseball Park.