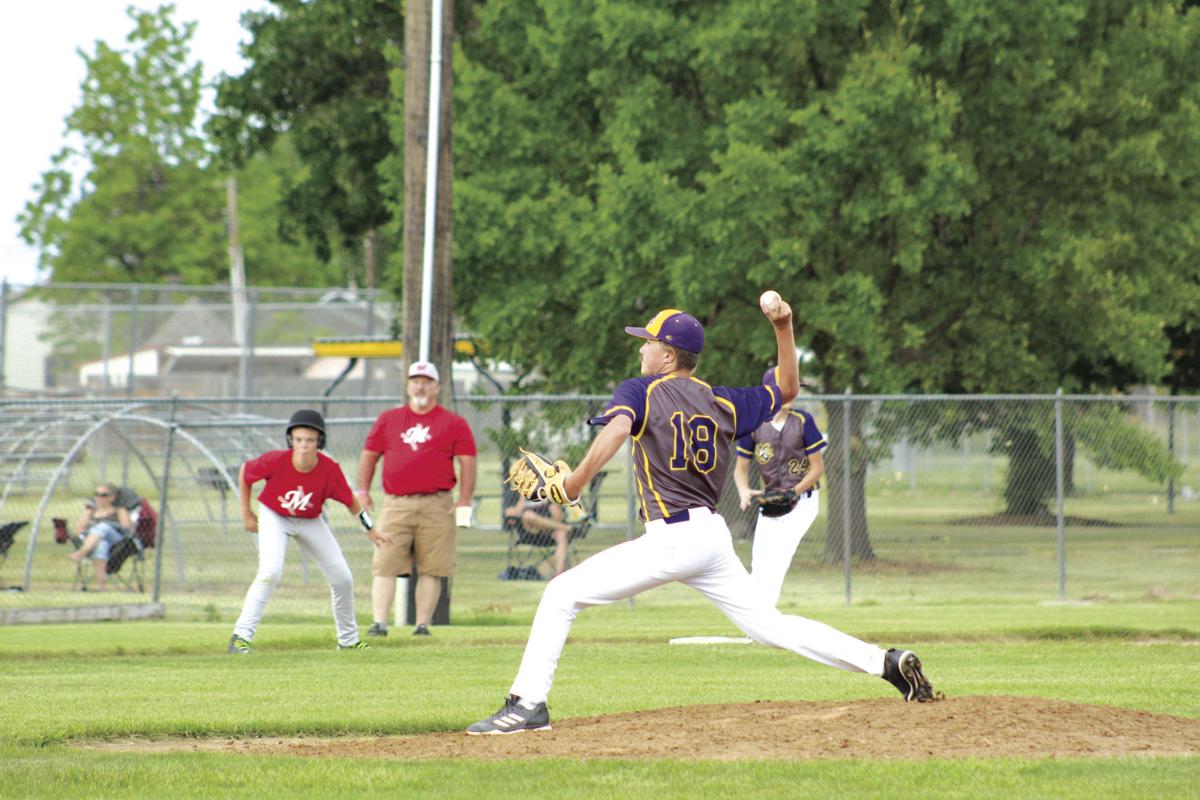 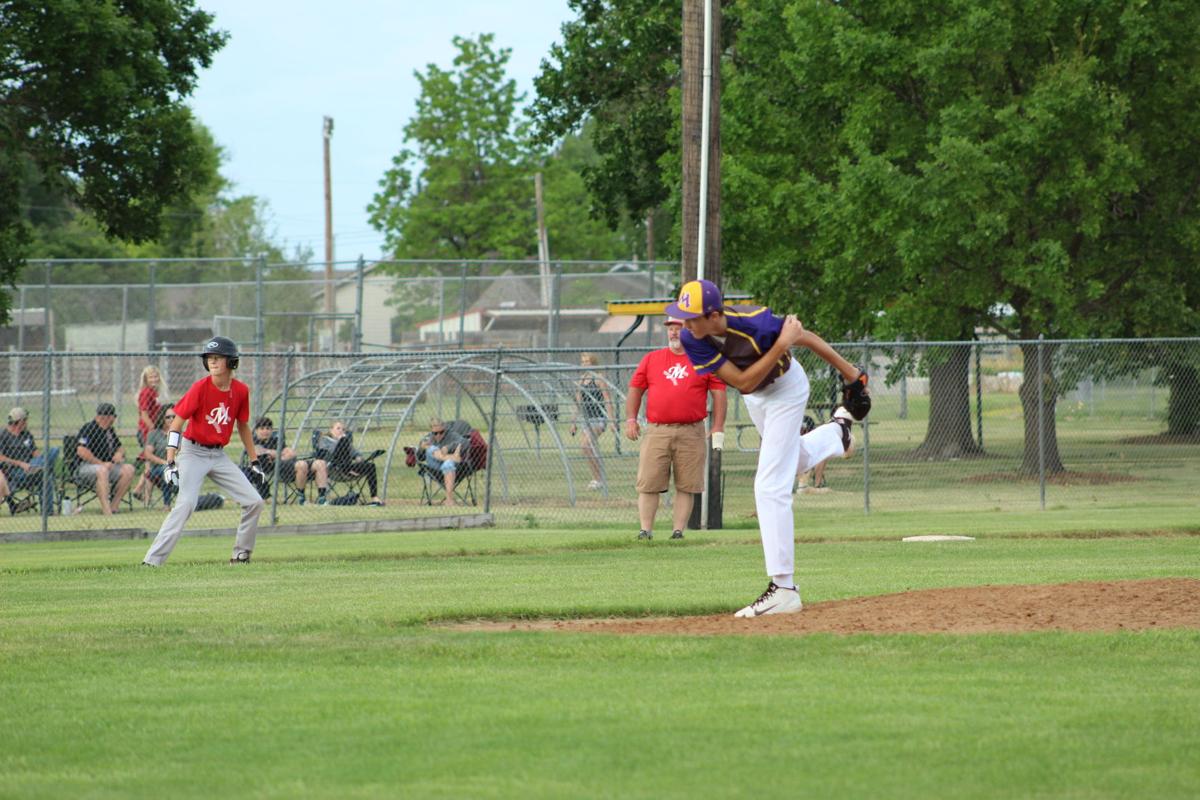 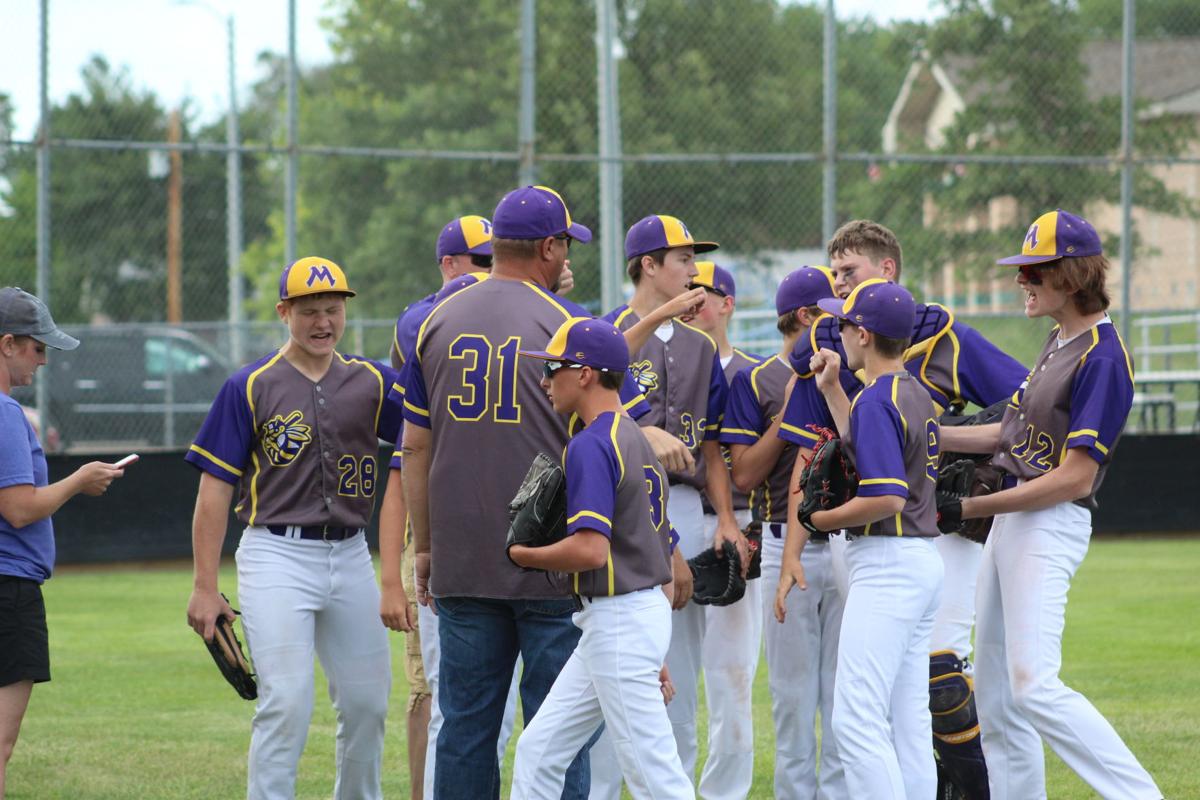 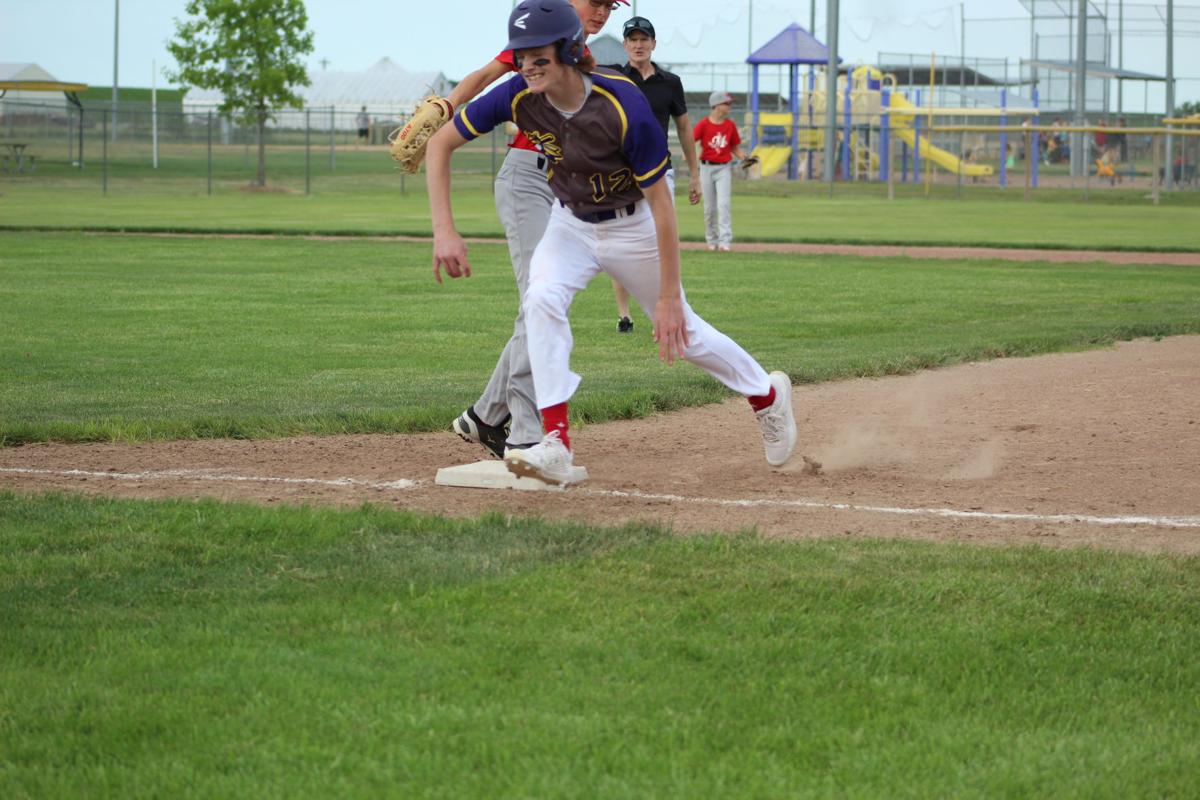 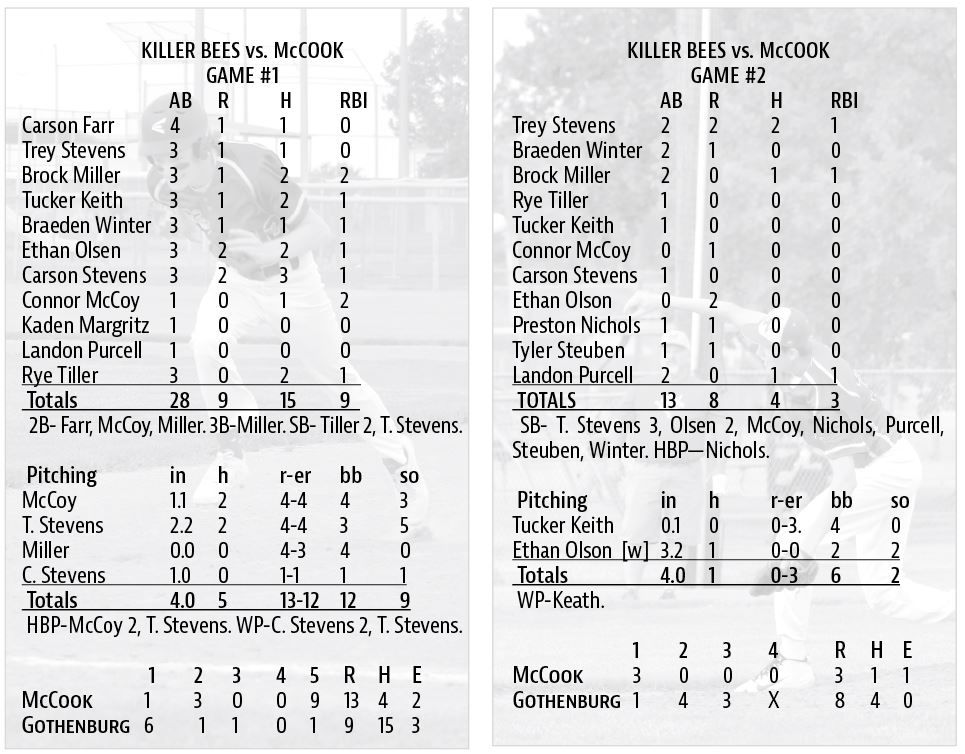 Gothenburg’s Killer Bees took to the field June 18 in a doubleheader against McCook’s Hermann Jones 14UA teams at the Gothenburg Legion Baseball Field.

In the early game, the Bees tallied 15 hits and looked to be sailing as they went into the fifth inning with a four-run lead.

An error in the top of the fifth turned the game in McCook’s favor, scoring two runs that locked the lead and the 13-9 win for the visitors.

Carson Stevens went 3-3 at the plate, scoring two runs and notching an RBI.

Connor McCoy surrendered four runs on two hits over one and one-third innings, striking out three.

The second game of the evening provided an opportunity for the Bees to strike back.

A big first inning from McCook didn’t last and the Bees sealed an 8-3 win. The Bees took advantage of McCook’s pitching staff, stealing 10 bases in the winning effort.

Trey Stevens went 2-2 at the plate and had three stolen bases and tallied an RBI.

Tucker Keith got the start on the mound for the Bees, allowing no hits and no runs in his one-third inning effort. Ethan Olsen was strong in relief, throwing three and a half innings, striking out three.