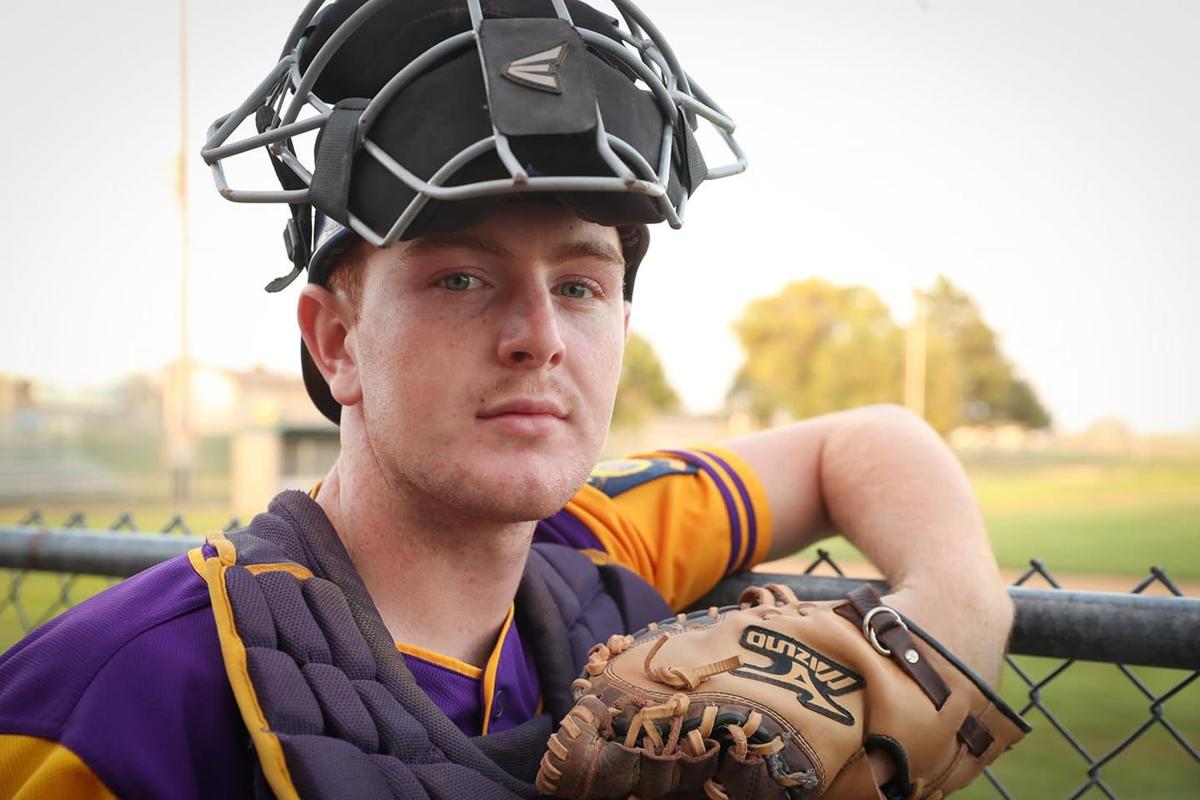 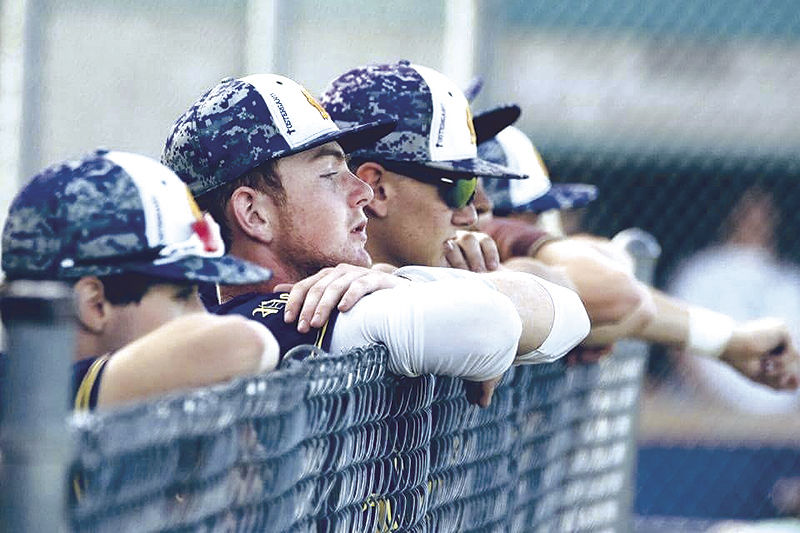 Rossell said that his path to becoming a Prairie Wolf at Nebraska Wesleyan University was shaped by his time with the Gothenburg Melons. 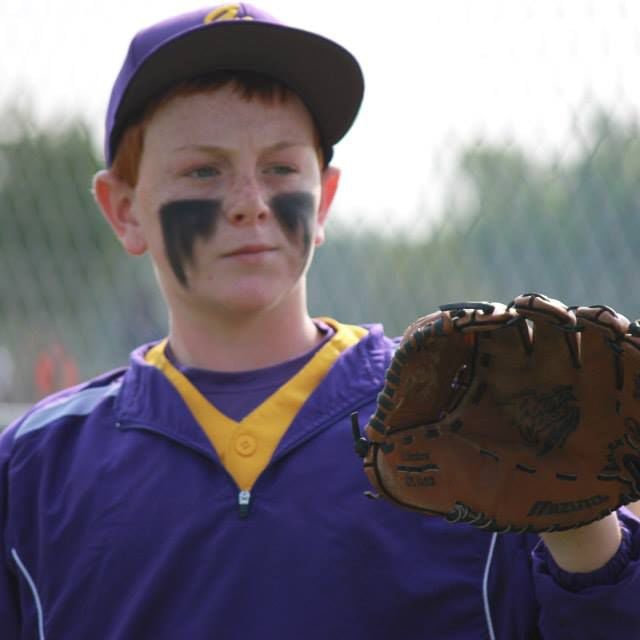 Jordan Rossell started his career on the fields of Gothenburg. 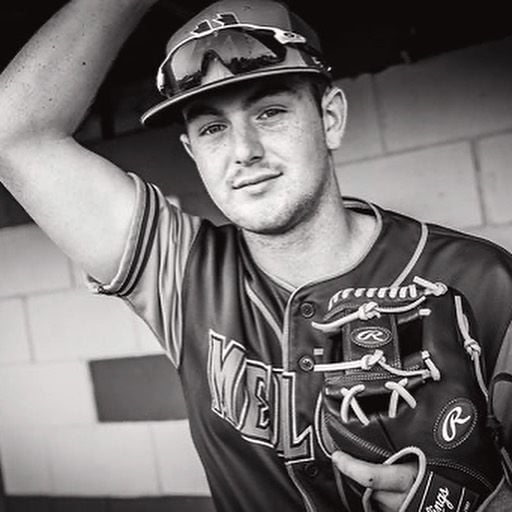 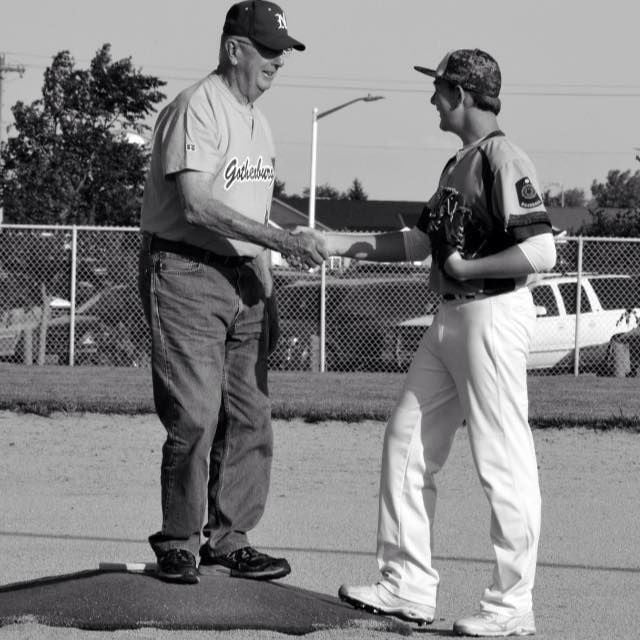 Tot Holmes hands the ball off to Rossell before an All-Star game where Holmes threw out the first pitch. 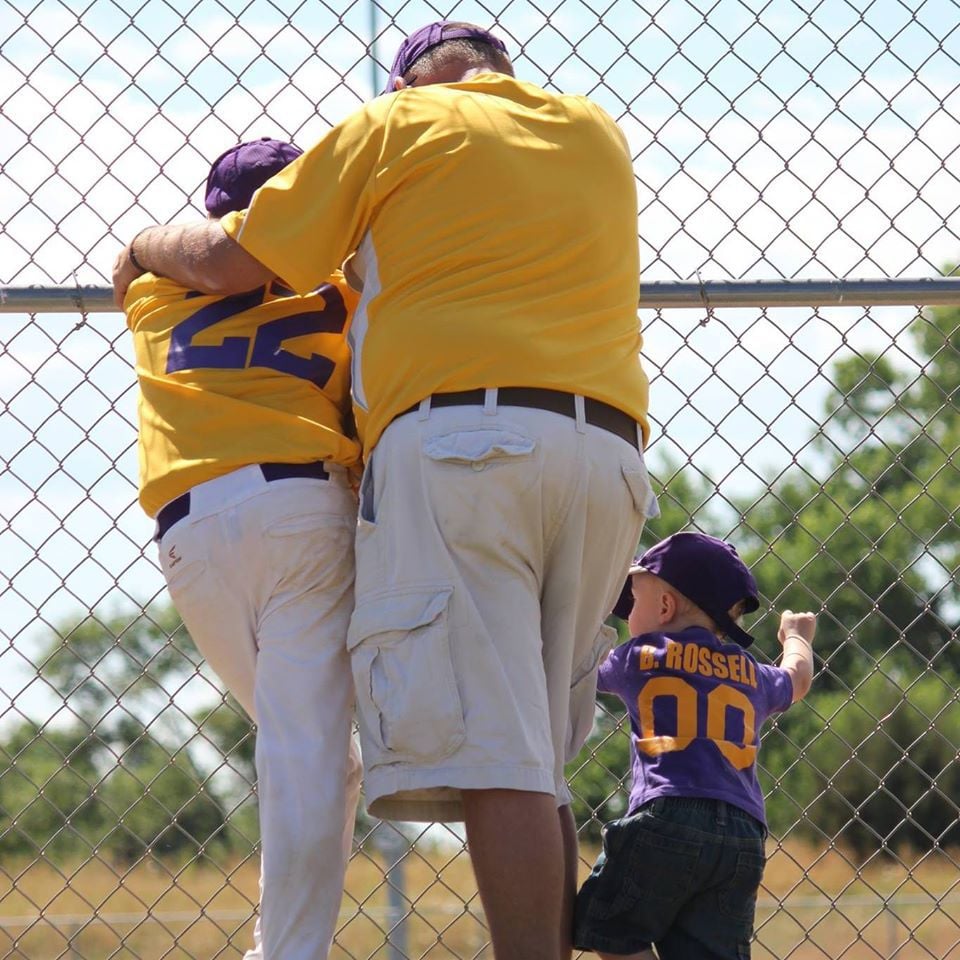 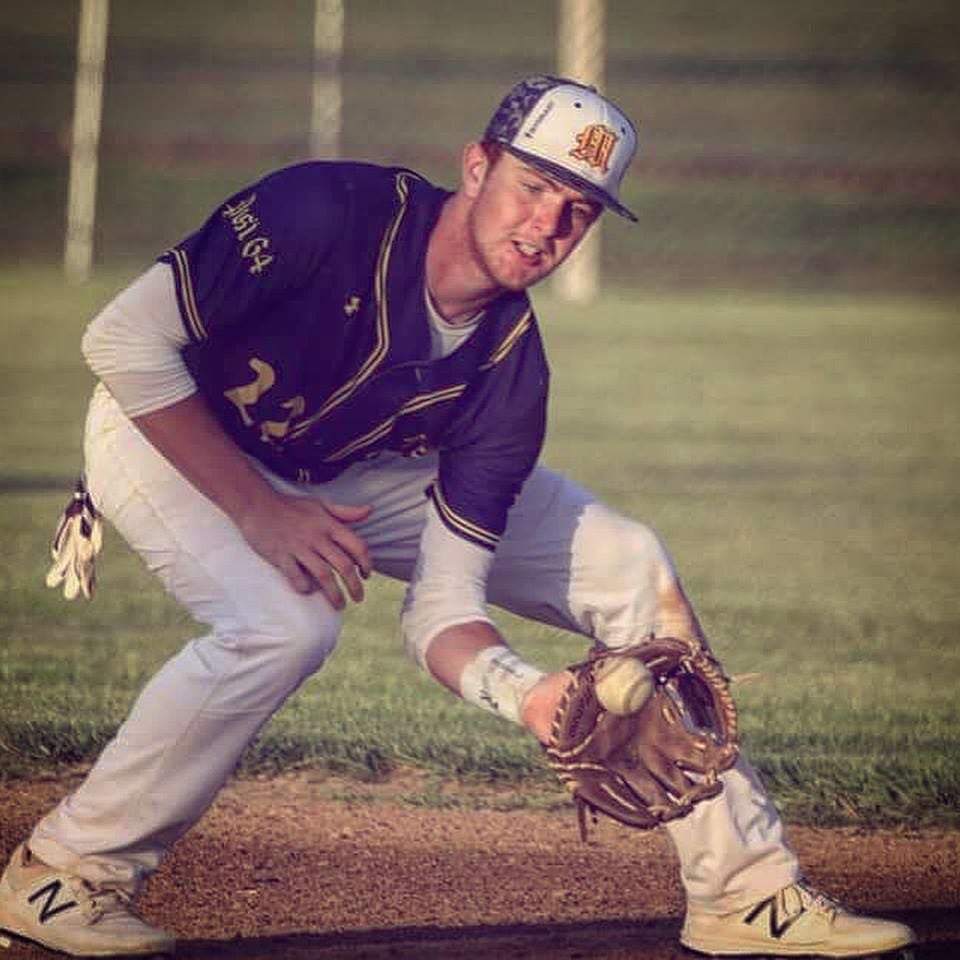 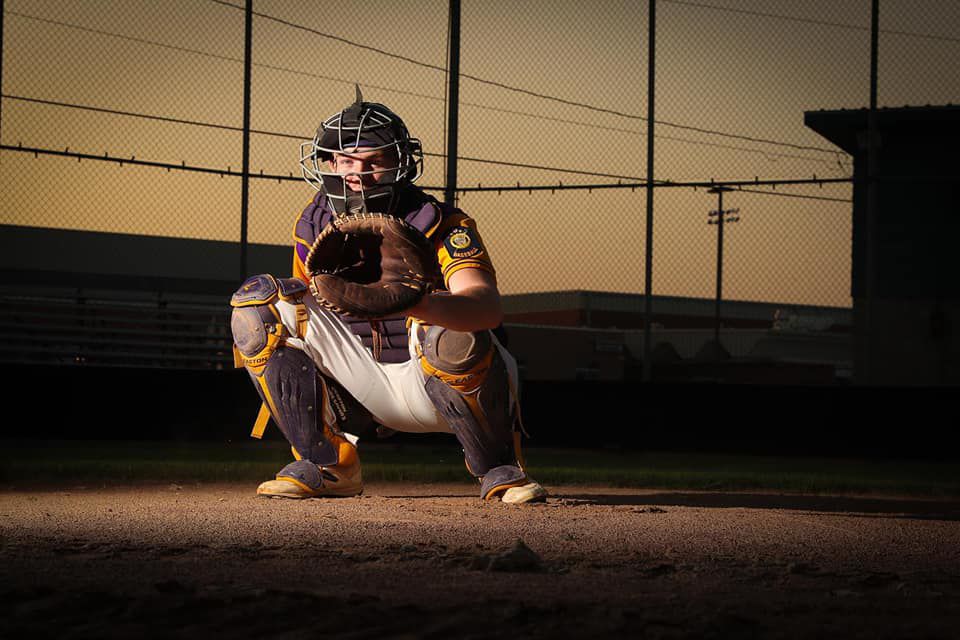 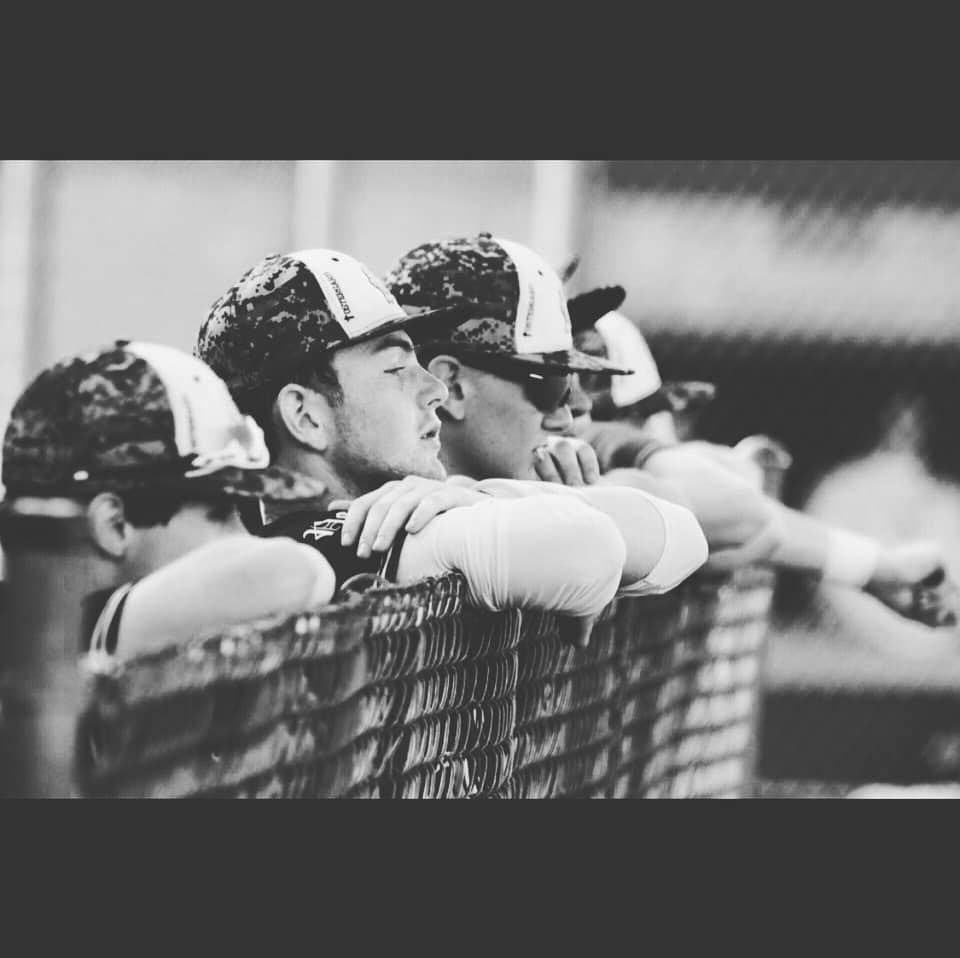 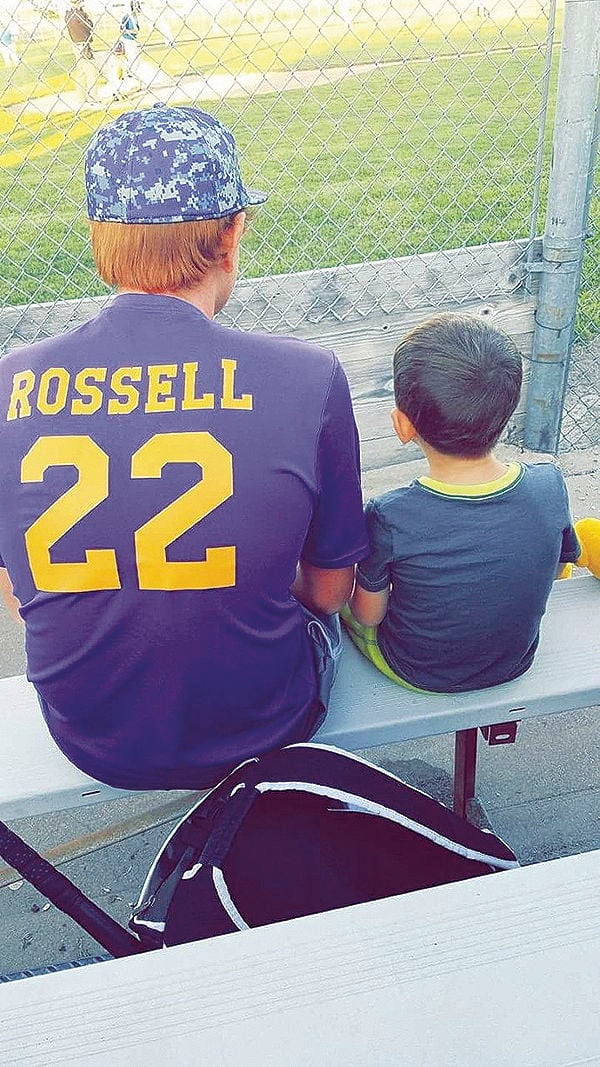 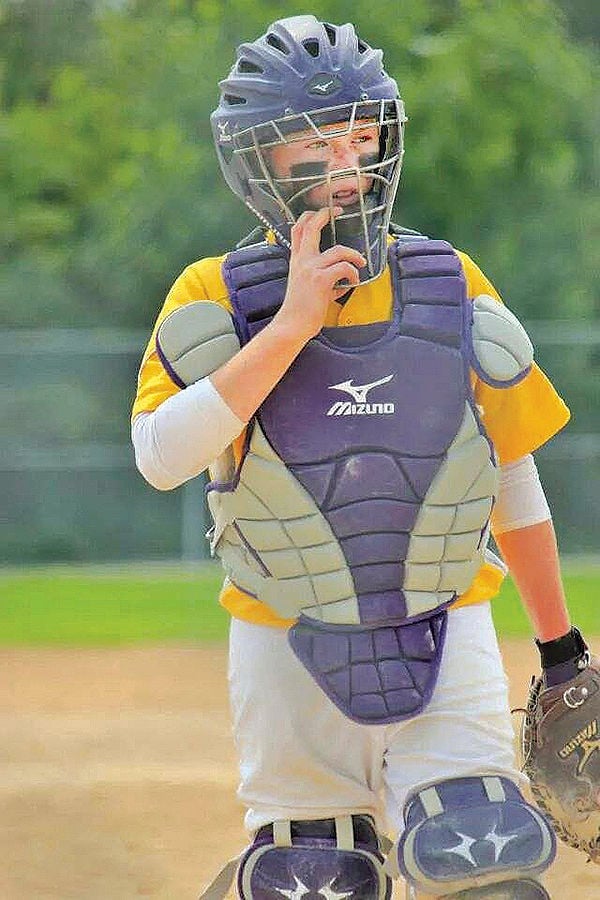 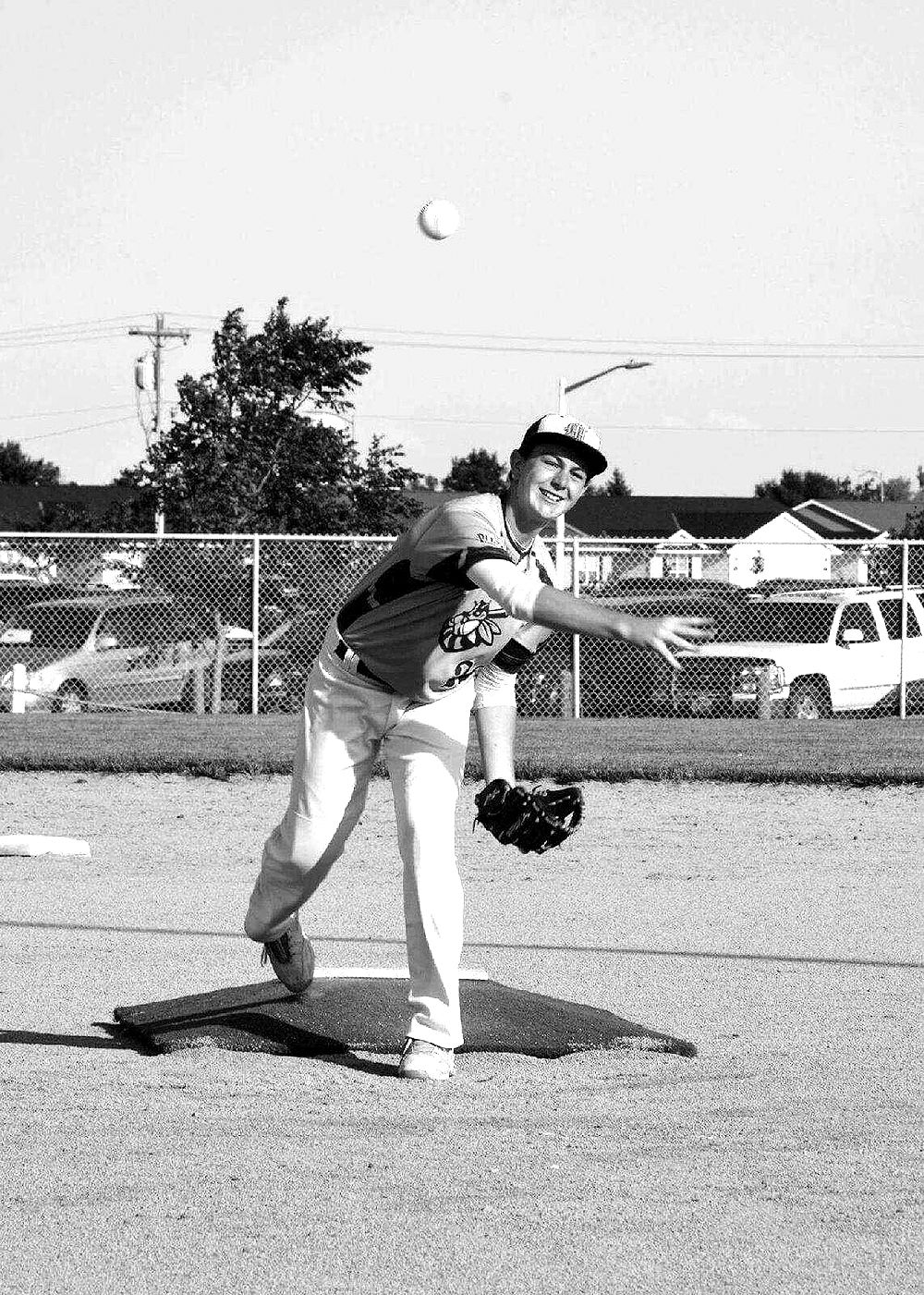 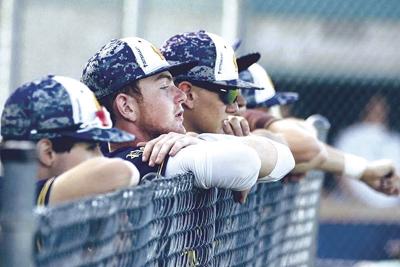 Rossell said that his path to becoming a Prairie Wolf at Nebraska Wesleyan University was shaped by his time with the Gothenburg Melons.

Jordan Rossell started his career on the fields of Gothenburg.

Tot Holmes hands the ball off to Rossell before an All-Star game where Holmes threw out the first pitch.

Ask an athlete what helped them on their path to success and they will be very quick with the answer.

And Jordan Rossell shared that his path to success on the baseball diamond has a supporting cast that helped him each step of the way.

“I started playing baseball when I was 5-years-old. I played tee-ball for two years and then got moved up to pee-wee earlier than usual,” he said. “I played pee-wee ball with William Healey, Bennett Folkers, Bryce Larson, Trevor Holley and Hayden Hubbard. Todd Larson was the coach, along with my dad.”

Being the youngest player on his team provided him multiple opportunities to grow as a player, and Rossell recalls the defining moment that led him to his favorite position.

“When I was playing with the Brewers in pee-wee ball, we ran out of pitchers and Todd Larson wanted to put me in to pitch,” he remembered. “Being the youngest in the league by far, I was terrified, but I gave it a shot. I guess it stuck, it‘s my favorite position and I will be pitching for Nebraska Wesleyan in the fall. I thank Coach Larson for throwing me in there.”

Upon aging out of the pee-wee program, Rossell moved up to the Gothenburg American Legion Baseball program, and in playing for the Melons, he found his confidence on the field.

“Playing for the Melons, there are many opportunities to improve your game. One thing I liked was being able to move up early and play with the older guys and have more competition,” he said. “Taking that opportunity has helped me become the player I am today.”

“Jordan was very knowledgeable of baseball and his knowledge continued to grow throughout his career,” Melons coach Jake Fecht said. “He turned into a very good ball player, leader and young man. It has been fun to watch him grow these past few years.”

Rossell said that as his senior year approached, he became increasingly unsettled with the reality that he had not talked to many schools and he was concerned that his dream of playing college baseball would not become a reality.

But then he started making college visits, and everything changed.

“I visited Doane and I didn’t mind it, then I visited Concordia and I loved the campus,” he said. “I decided to visit Wesleyan and fell in love with the small campus.”

It was a small campus with a feel of home, and that, Rossell said was a big part of the reason he chose NWU -and the baseball team.

After his campus visit, Rossell got some phone calls that launched his dream of playing college baseball right back into reality.

“All three of the (NWU) coaches contacted me shortly after and we talked about their teams,” Rossell said. “Everything about the team and the culture they were building there excited me.”

A solid conversation with coaches invested in his improvement, coupled with a school environment that would feed his educational path in biology and psychology on the pre-med path, was the perfect fit.

“I felt like the small school reminded me of Gothenburg. The class size is about 22 and you get the luxury of being in a big city and having many opportunities. The teacher to student relationship that NWU builds is also important to me,” Rossell said. “I want to be able to ask as many questions as needed to help me grow as a student and NWU allows you to do that and much more.”

The past couple of months have been a little different than a typical senior year would be, and Rossell said he learned much more than just what the GHS school curriculum offered.

“The virus has taught me that online school is hard and I would much rather be in class,” he said. “I like school. I enjoy learning about things I’m interested in. Motivating yourself is hard to do when you have no one telling you to do it,” he said. “It also taught me to be a better planner, to prioritize what needs to be done and what I need to do. Overall, I feel like it has prepared me to be a better college student.”

Rossell went on to say that the unconventional end to his high school career has been a bit of a bummer, as well.

“Missing my golf season, prom, senior skip day, last day of senior year, graduation is a disappointment, and sad because those are moments you look forward to for 12 years, but there isn’t much you can do about the situation,” he said. “I feel like the Gothenburg Public Schools administrators have handled it all very well and have planned a great graduation in August.”

In addition to learning to prioritize and plan better, the time away from school has allowed Rossell to pick up more hours at Gothenburg Discount Pharmacy, where he says his boss has allowed him more hours during the COVID crisis.

“Yes, it is sad that we missed out on all these opportunities, but the money is for sure nice to have before going to college,” Rossell said.

Of the influences in his life that have helped him along the way - parents, coaches and teammates - Rossell said there was one person who he’s leaned on the most.

“The biggest influencer in my life has to be my grandpa, Floyd Holt,” he said. “He has taught me everything I know and I’m proud to say he is my grandpa. He is such a hard-working, loyal, caring honest man and I aspire to be just like him.”

And he’s got some advice to those who have plans to participate in sports beyond their high school competitions.

“If you have dreams of playing college ball, there is a place for you,” he said. “Go to camps around the state or neighboring states as a younger player and pick up drills you can bring back home and work on to develop you as a player. Then when you’re a sophomore or junior in high school, you really need to start going on visits and going to the camps of the schools you would like to maybe attend.”

Beyond attending camps, Rossell said the most important thing is to make sure to let your potential coaches see your face.

“Talking to the coaches is the most important part,” he said. “Face to face conversation when you go to their camp, phone calls and emails. You can never send enough emails to coaches to let them know you are interested and want to play for them. And lastly, be honest with them.”

Rossell has a deep bench of support and he says that he wouldn’t be taking the step into college baseball without them.

“I would like to thank my coaches, my dad, Jake Fecht, Jory Flesch, Mark Bartels, Dustin Ehlers, Noah Larson, Tod Geiken and Robert Schwanz for making me the baseball player I am today, and my teammates for pushing me in games and in practices. Most importantly, thank you to my family for supporting me throughout the years of everything.”

Ready to work: Ryker takes on life with refreshed perspective

It starts when a kid is young.