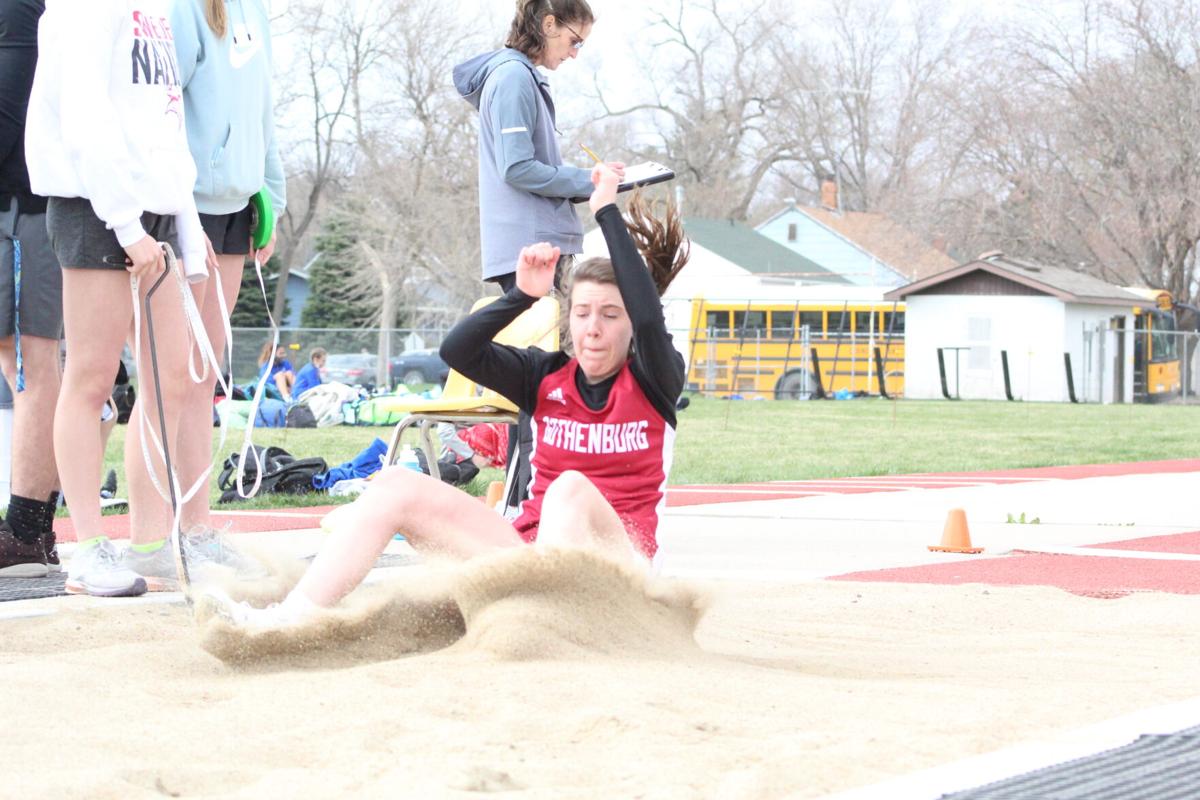 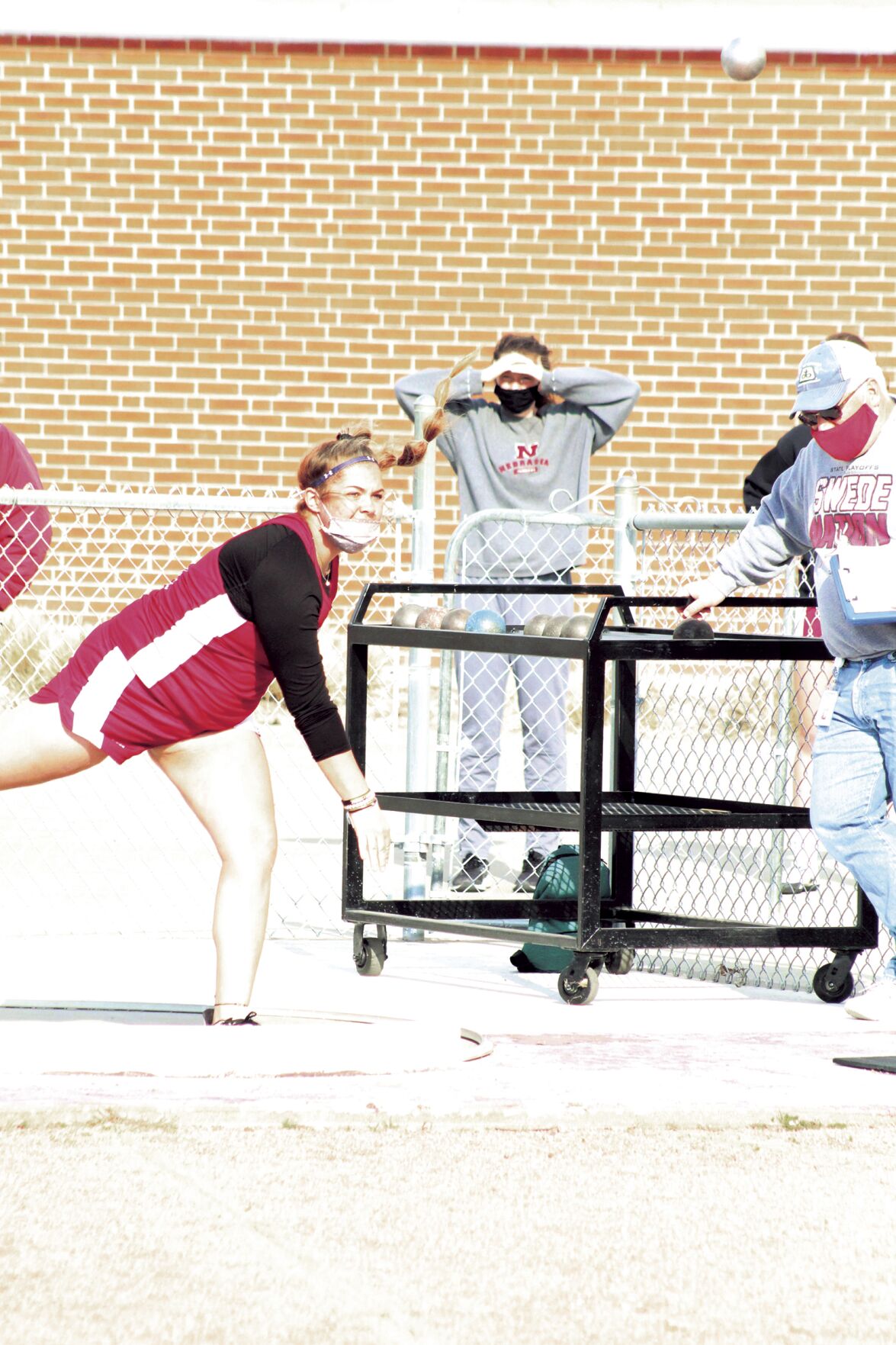 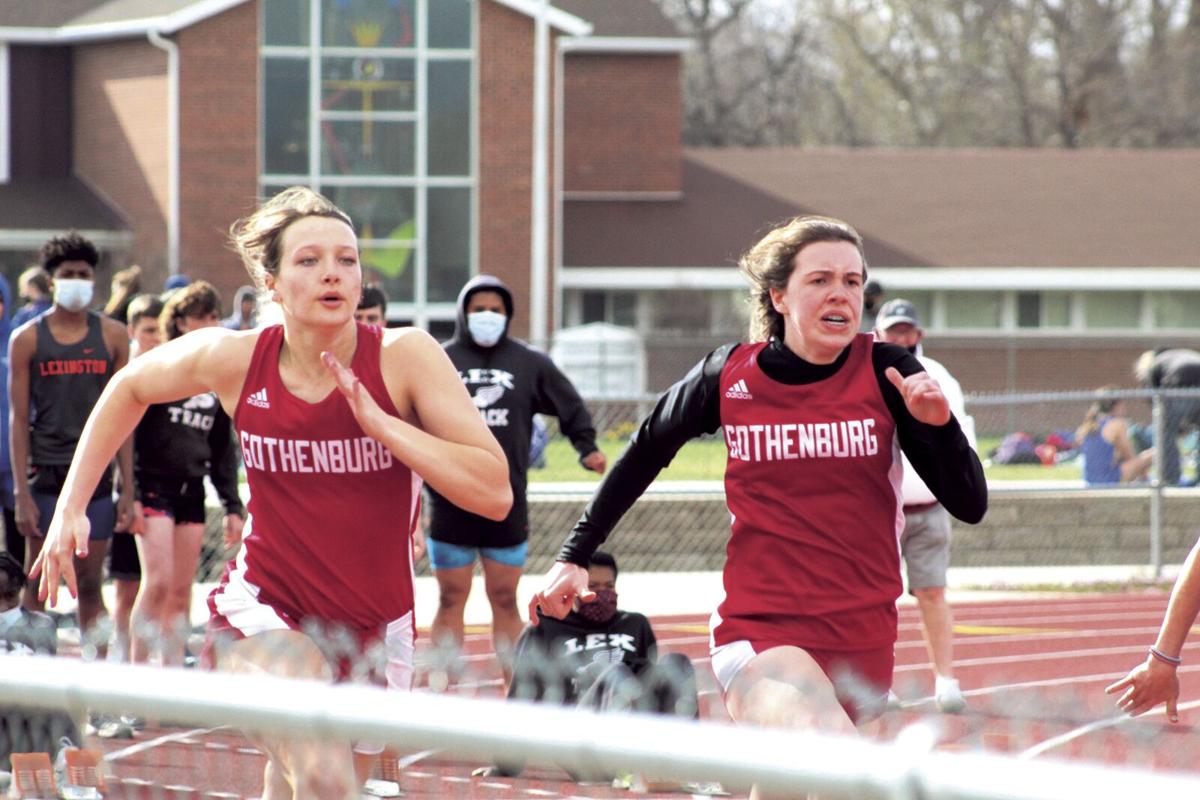 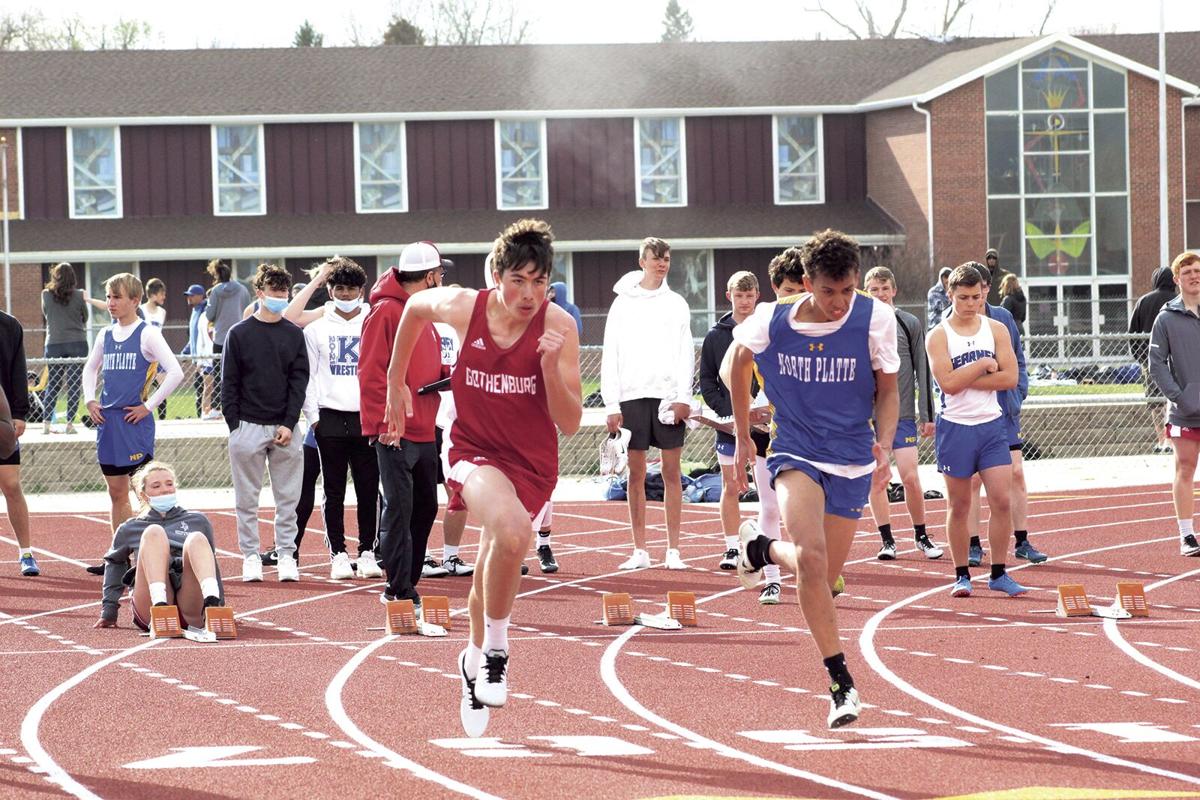 The Swede track teams continue to make positive strides as they churn through their season.

April 1 saw Gothenburg traveling to Ogallala to the Ed Moore Invitational to take on some of the most solid competition they’ve seen this season.

“Overall, I think we competed very well as a team,” head girls’ track coach Bryson Mahlberg said. “We saw some great things from a lot of our kids especially considering the competition we were facing at one of the toughest meets of the year.”

The Gothenburg girls’ finished fourth as a team out of 10 teams attending the meet.

The Lady Swede track team has a balanced attack in each of its events, and many performances that are gaining medals and accumulating team points are at the feet of underclassmen.

Mahlberg said that this is something that was not surprising, considering the athleticism of his team.

“As a coaching staff we were not surprised by some of the underclassmen and their early success,” he said. “Half of our team has never competed in a high school meet so we were very excited to see some of those kids have success early on this season.”

Mahlberg went on to say that his team has a great group of upperclassmen who have been paired with underclassmen as they embark on their first year in varsity competition, which helps those younger athletes become acclimated to the level of competition they are seeing.

“I think that mix of experience levels allows for our practices to be very productive,” he said.

Gothenburg’s girls’ track team is preparing for the Broken Bow Invitational on April 9, a meet that will once again challenge the Lady Swedes. Mahlberg said the preparation was going to include a lot of time making sure that the team is working towards getting better as they get closer to the district meet at the end of the season.

“We are continuing to train hard and make sure we are putting our athletes in the best possible situation to get their best marks toward the end of the year,” he said.

The Swede boys’ track team also showed up to compete at Ogallala, bringing home fifth place out of the 10 schools that were scored at the meet.

Head coach Steve Reeves said that he is impressed with the competitiveness his young team brings to each meet.

“Overall, we thought all of the squad competed well in a number of events,” Reeves said. “Even though we are a pretty young squad, these kids have stepped up throughout the school year in different sports and have adapted well to varsity competition.”

The distance events continue to be strong for the Gothenburg boys’ with both veteran runners and underclassmen stepping up to the line to run well.

“We do have some potential in the distance events,” Reeves said. “They are working hard to improve each week.”

Across the board, there is improvement from week to week in all events for the boys’ track team and considering that each meet as the season progresses will become more difficult in competition, that’s a good thing for the Swedes.

Currently in the line of sight is the Broken Bow Invitational on April 9, and Reeves said that meet will not be lacking in challenges for any one of the athletes.

“Broken Bow will be a very competitive meet,” he said. “There will be 11 schools, including Aurora, O’Neil, Scottsbluff and Alliance.”

The size of the meet doesn’t deter the Swedes from staying focused on the task at hand.

“Individual improvement on performances will be our main focus this week,” Reeves said.

The Swede track teams will start competition at the April 9 Broken Bow Invitational with the boys’ pole vault taking first attempts at 12:30 p.m. Field events start at 1:30 p.m. with running events at 2:45 p.m.