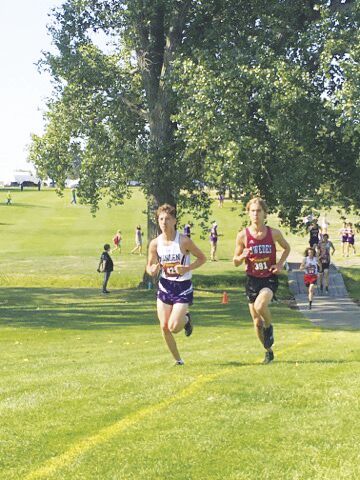 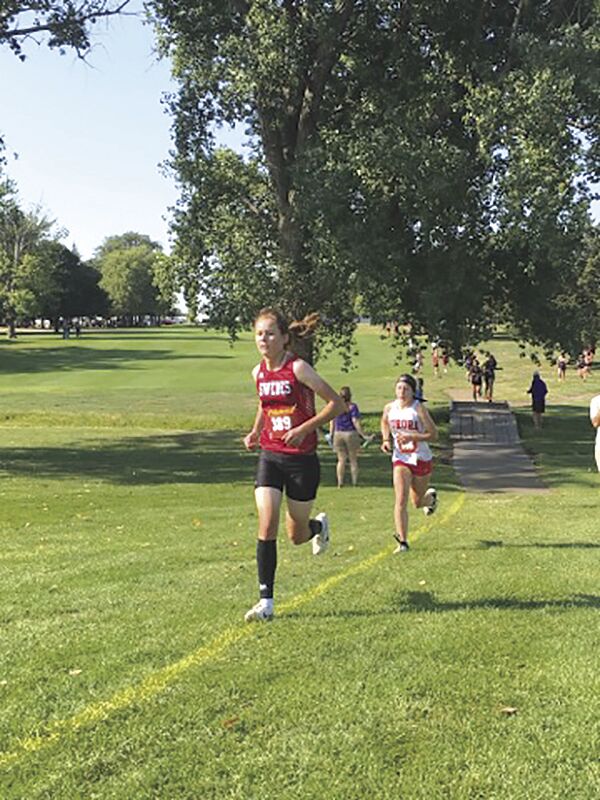 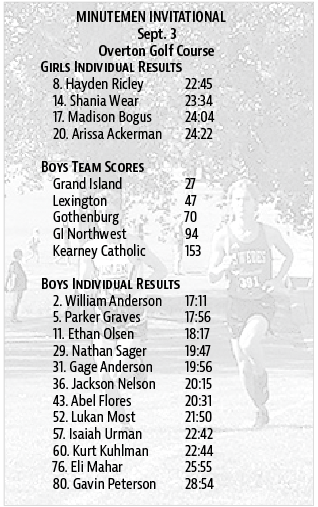 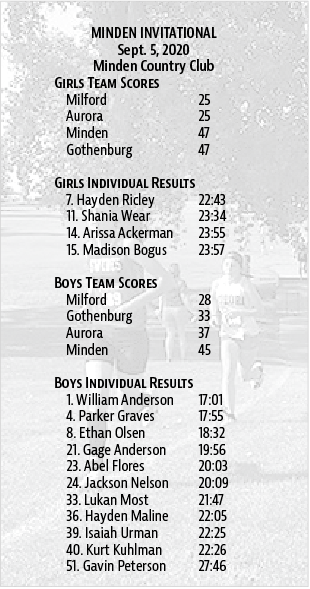 The Swede cross country teams came off the line to start their season with two meets in three days, bringing home some hardware in a great start to the 2020 campaign.

“Overall I am pleased with our start,” said head coach Tony Neels.

The first race of the season was the Sept. 3 Minutemen Invitational at the Overton Golf Course.

On the girls side, all four of the running Lady Swedes placed in the top 20, led by freshman Hayden Ricely, who finished eighth.

Shania Wear finished in 14th place, followed by Madison Bogus at 17th and Arissa Ackerman in at 20th.

“The girls are off to a great start,” Neels said. “We’ve talked about trying to keep packed up and moving the pack forward through races and they’ve done a pretty good job so far.”

The Swede boys had three finish in the top 20.

William Anderson started his senior season with a second-place finish with freshman Parker Graves close behind in 5th.

“Having Will as a leader and mentor for these younger runners is a huge asset to our team,” said Neels. “They feed off his leadership and want to be a part of his success.”

Ethan Olsen came in 11th in his first varsity meet of the year.

The races continued on Sept. 5 when the Swedes took on a tough field at the Minden Invitational.

Both teams saw improvement in times across the board, despite running hard two days prior.

All four girls competitors finished in the top 15, with Ricley again crossing the finish line in seventh place.

“Hayden has been a great addition to the team - I knew she would be after last season,” Neels said. “She’s done a nice job coming in and adapting to the 5k distance and has performed well in our first two meets.”

Wear finished at 11th with Ackerman and Bogus finishing 14th and 15th respectively.

“We just need to continue to be mentally tough, especially in the middle of races, to help us stay in the hunt for medals and team placing,” Neels said.

Anderson set the pace for the boys’ race, winning top honors in 17 minutes and 1 second.

Graves finished fourth and Olsen came across the line in eighth place.

“If we can tighten up the spread between runners three and four, we will be much more successful,” said Neels. “Again, I am very pleased with the progression so far.”

The runners now turn their attention to the Sept. 12 Broken Bow Invitational.

Coach Tony Neels says the message to the team as they prepare is simple: “Keep getting better and never be satisfied,” he said. “We talk about it every day. Be happy with your performance from a previous race, but never be satisfied. Complacency is the greatest inhibitor of success.”