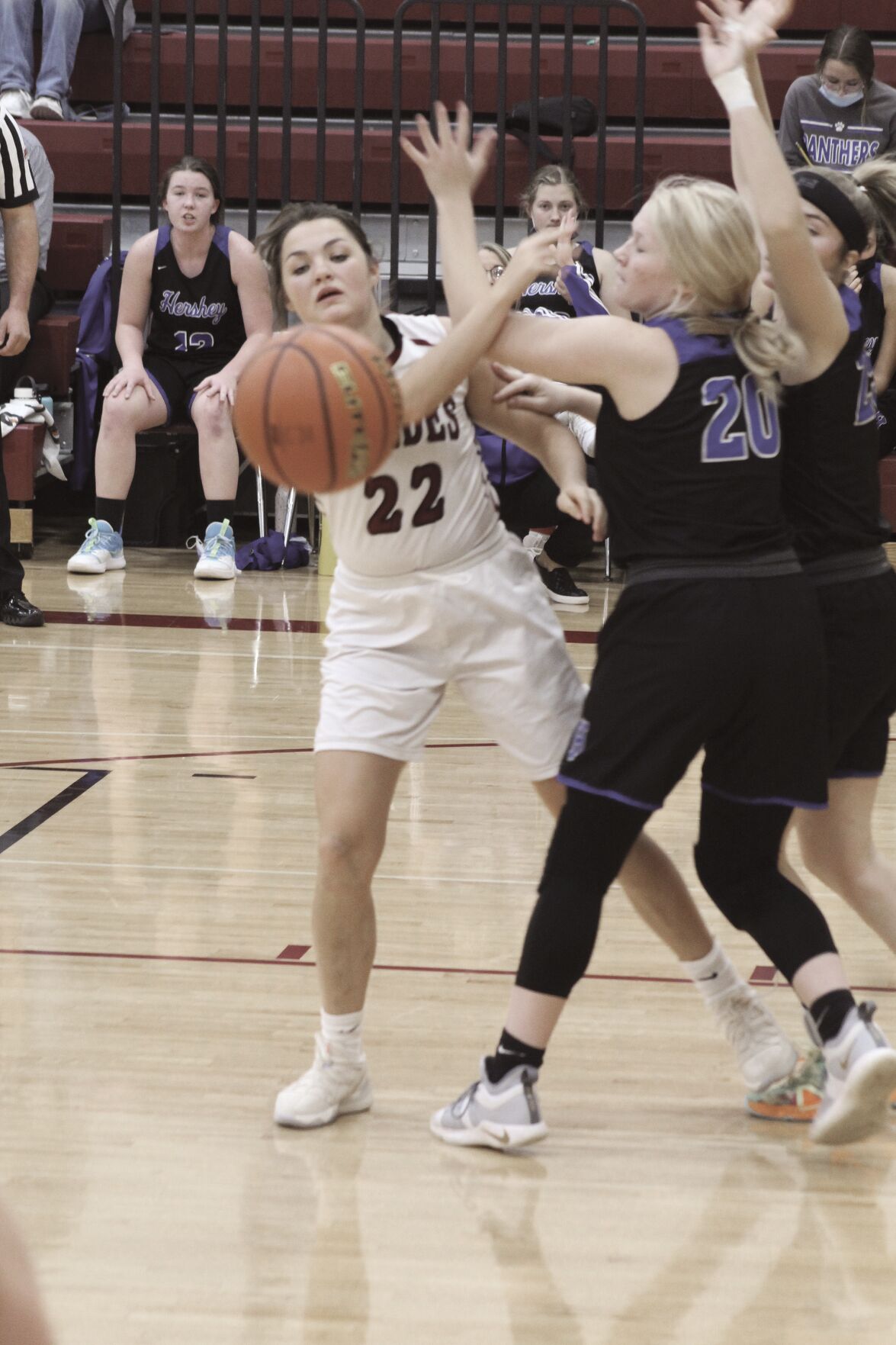 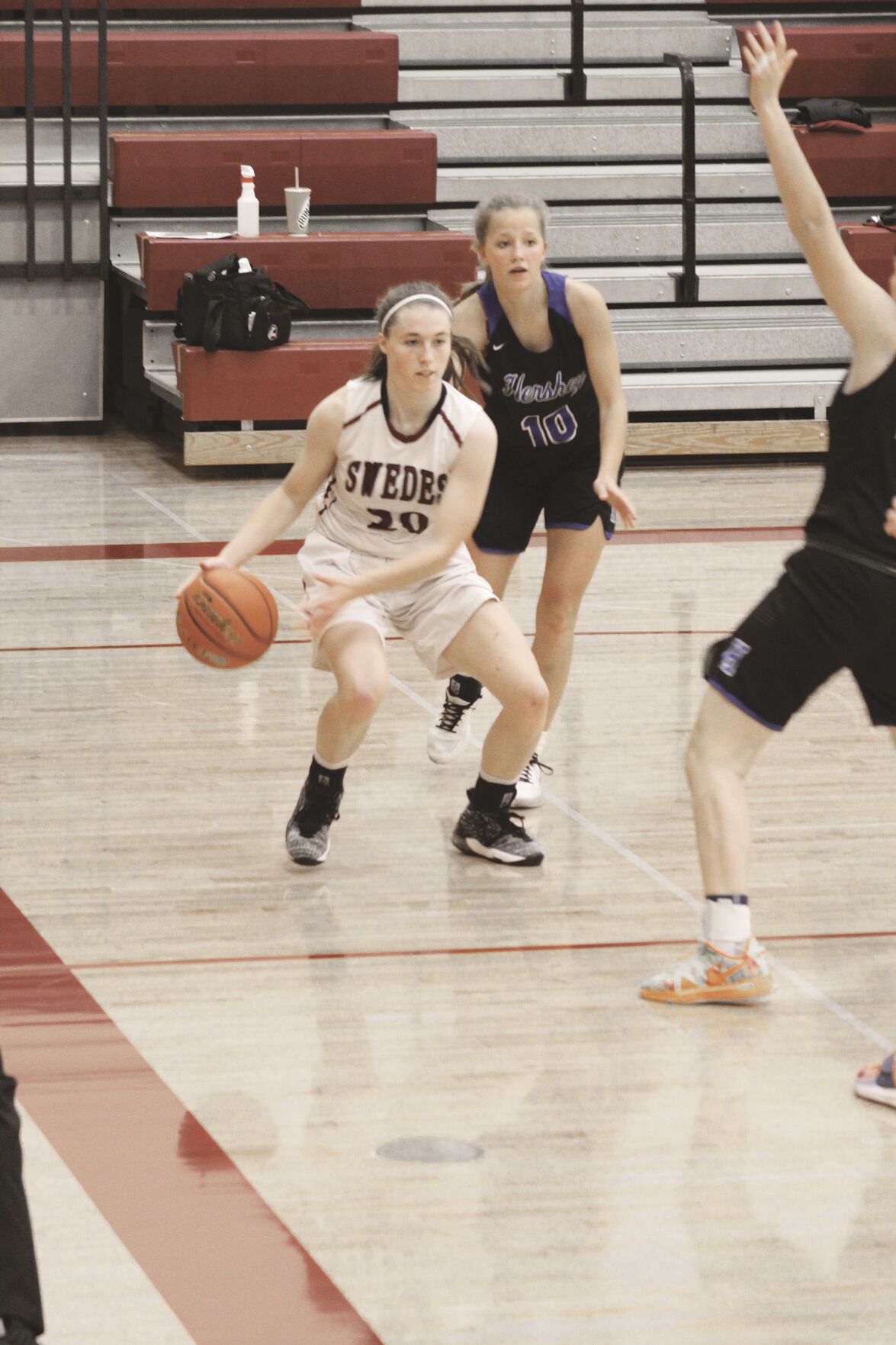 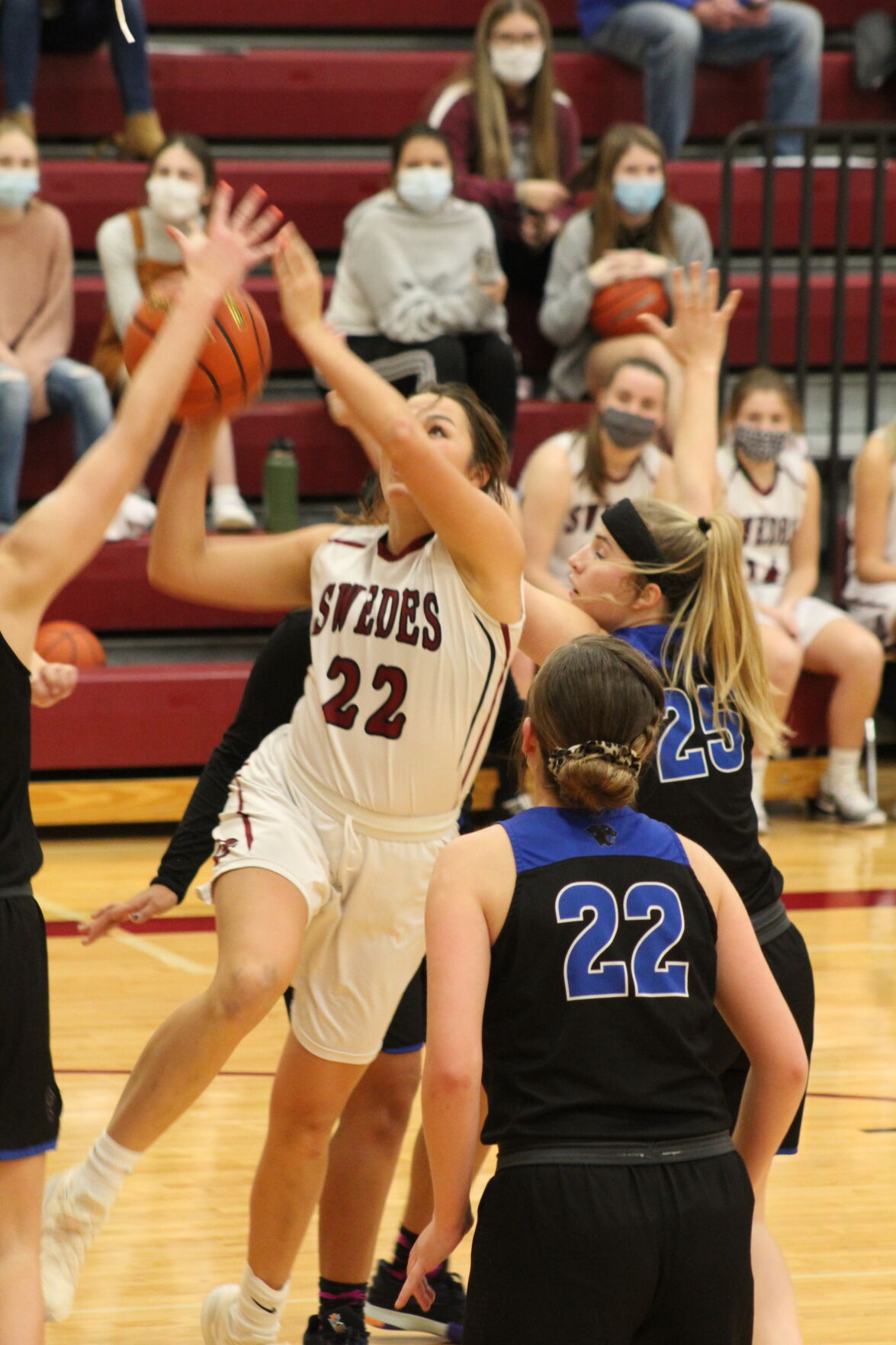 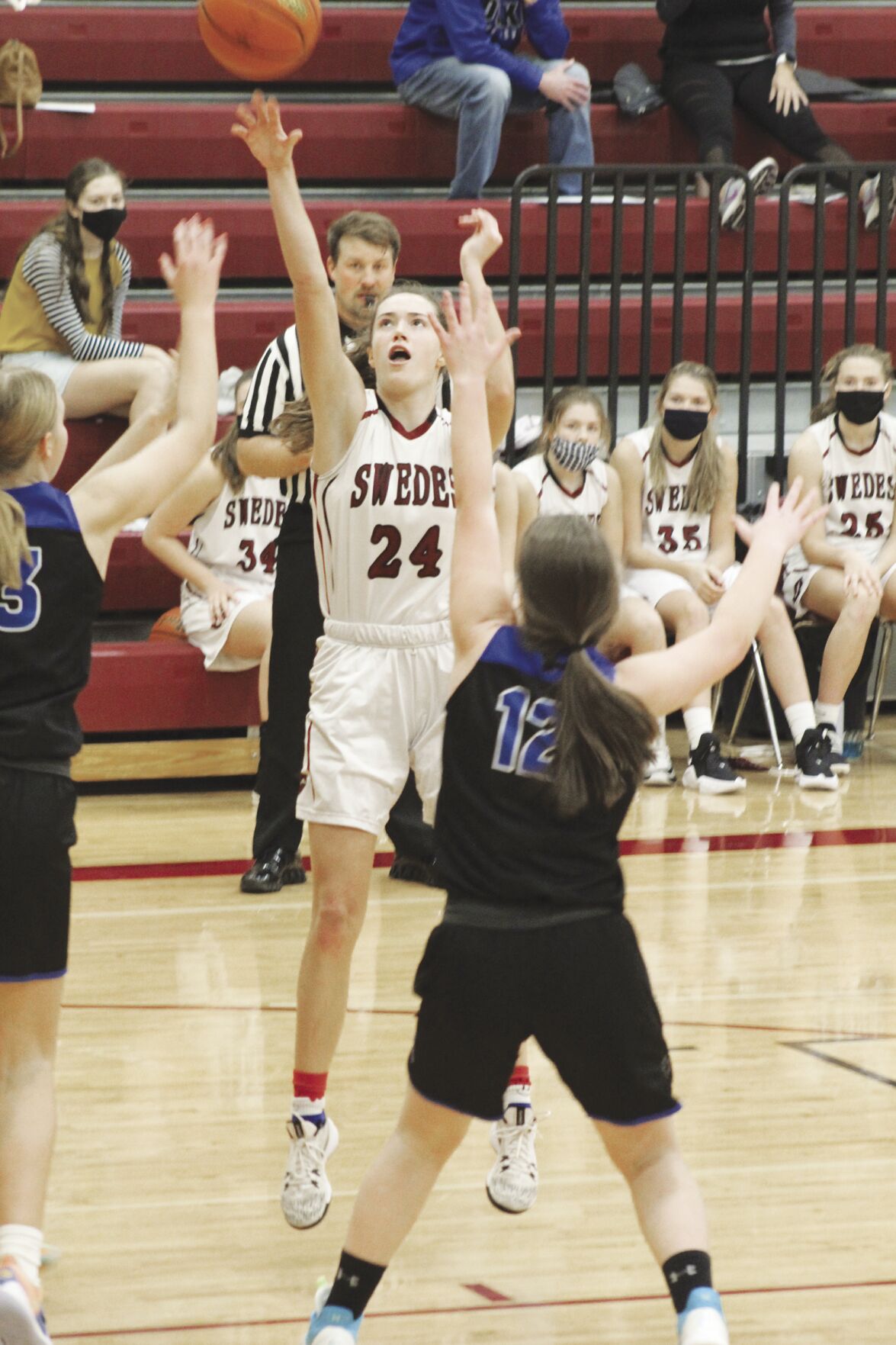 Effort and desire are two big things when it comes to the game of basketball, and according to Lady Swede basketball head coach Kassie Schuett, the Gothenburg girls have both.

“It is so amazing and that is something that not every individual has, but I feel like I have been blessed with 21 girls that all have that effort and desire for the game and it makes coaching so fun.”

The Swedes opened up the winter sports season against Lexington on Dec. 3, and Schuett said that despite the 48-42 loss, she was encouraged by the heart the team showed.

“The way that they came out in the first quarter against Lexington was a bit frazzled,” she said. “They overcame that and came back in the second half of the game. They could have let it bother them, laid down and got beat by 20 but they didn’t and came up just short.”

Dec. 4 saw the Lady Swedes back in action at home against the Hershey Panthers, taking their first win of the season decisively by a score of 45-26.

“It was exciting and telling how they came out Friday against Hershey after that tough loss at Lexington,” Schuett said. “To be able to bounce back after one game to be ready for the next is not easy to do and they did a great job of moving forward.”

In preparing for the upcoming games against Southern Valley and Perkins County, Schuett said that there will be some fine-tuning they do in practice.

“We are going to touch up some things defensively - more communication, moving in unison - as well as putting a lot of focus on offense,” she said. “We have offensive sets that we need to really pinpoint so that we can use them more efficiently this week against two teams with experience. We will also be squeezing in some fundamentals like triple threat positioning and transitioning more smoothly.”

The Swedes tip off against Southern Valley Dec. 10 at 5:30 p.m. in the South gym at Gothenburg High School, with the junior varsity team to follow at 7 p.m.