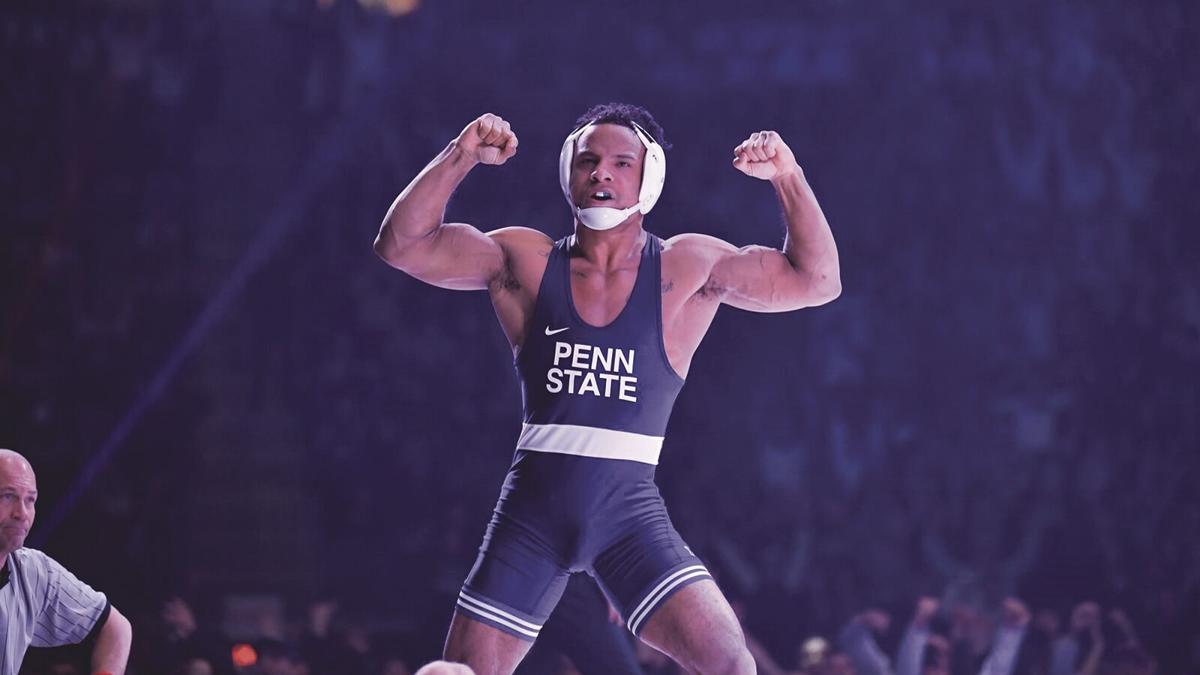 Mark Hall is one of the featured clinicians at this years Legends Wrestling Camp. 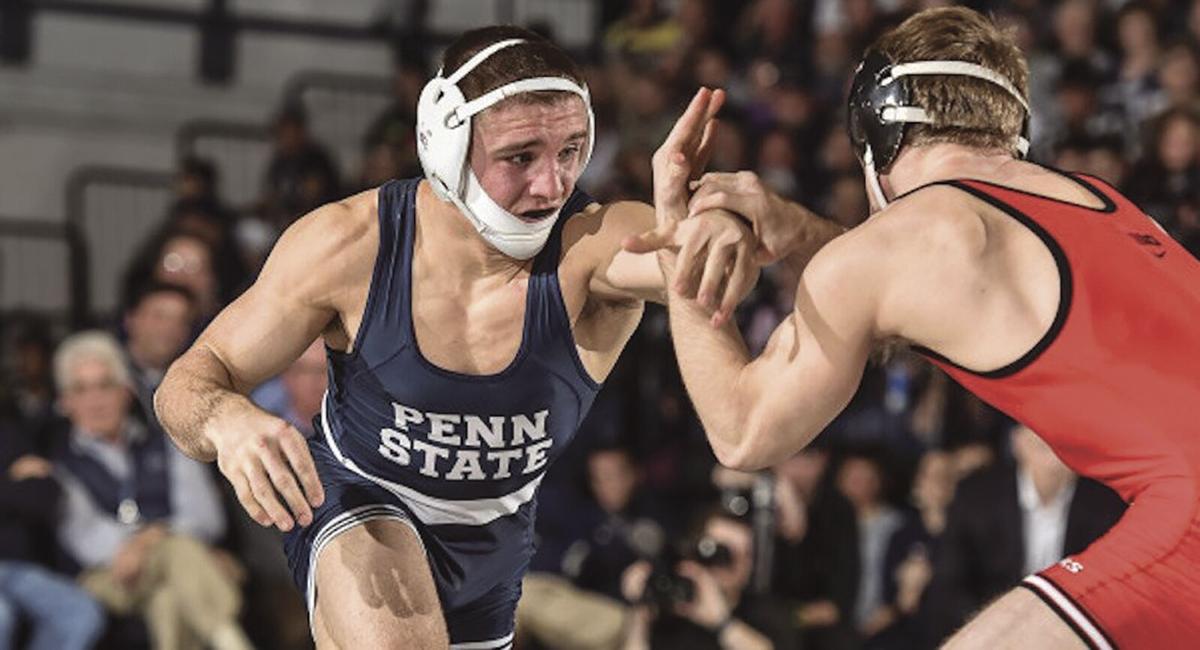 Zain Retherford is one of the technicians at the Legends Wrestling Camp at Gothenburg High School June 23-25. 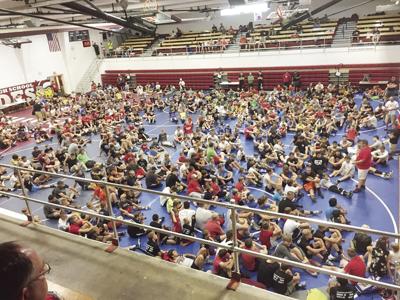 Mark Hall is one of the featured clinicians at this years Legends Wrestling Camp.

Zain Retherford is one of the technicians at the Legends Wrestling Camp at Gothenburg High School June 23-25.

What started as an idea discussed between a coach and a technician has become one of the premiere wrestling camps in the nation.

In 2017, Swede co-head wrestling coach Tom Scott met David Taylor, a two-time national champion at Penn State University, were talking after a wrestling camp at Gothenburg High School when Taylor mentioned to Scott that the camp could really be something big.

“He raved about the facilities,” Scott said. “The set up is just perfect with two gyms, the cafeteria and the wrestling room set up in such a way that it really could be something big.”

In 2018, the Legends Wrestling Camp was born.

The lineup of technicians was that of a wrestlers’ dream: David Taylor, Olympian Jordan Burroughs and three-time National Champion at Penn State Zain Retherford.

That year, the camp brought in more than 500 wrestlers.

The following year, in 2019, wrestlers received instruction from Olympic and National Champions.

The 2021 camp, taking place June 23-25 at GHS, will feature clinicians Zain Retherford and Mark Hall, takes on a little bit of a different set-up than previous years.

“It’s an Olympic year, so we have had to wait to get final commitment from technicians because of their training schedules,” Scott said. “And because we didn’t have the camp in 2020 due to Covid, we decided to reset and that fewer technicians and more wrestling competition would be an excellent approach.”

The 2021 camp will feature technician Zain Retherford and Mark Hall along with a tournament set up that has never been done before at the camp.

Scott said that the planning for the event with coaches begins in October, but he has a commitment from the clinicians by the end of the camp.

“If I have my ducks in a row, I have everything ready to go for the following year’s camp by the end of the current camp, so it’s kind of plug-and-play when it comes time to get registrations rolling,” Scott said.

Legends brings in wrestling teams from across the central United States, including Wyoming, Colorado, Kansas and in 2019 had a couple of wrestlers from New Jersey attend.

“We pride ourselves in being one of the premier camps in the country, and that doesn’t come without a lot of help from a number of places,” Scott said.

The camp is funded by donations from companies across Dawson County, and wrestlers stay at hotels from North Platte to Kearney.

In addition to that, there is a tremendous amount of manpower required for a camp of this magnitude to be successful.

“It’s a lot of communication,” Scott said. “We start with a meeting with Joni Jacobsen at Gothenburg Schools, who helps us get the food piece of the camp lined up. From there we work with people in the wrestling community - parents of wrestlers and other coaches to fill in where we need the help.”

This year, the GHS Cheerleaders are getting in on the action as they are learning the scorekeeping piece to assist with the camp.

Beyond the instruction provided to wrestlers, the Legends Wrestling Camp has become a place that officials can gain training and become certified.

“There is a shortage of wrestling officials in western Nebraska,” Scott said. “So the kids I bring in to officiate the camp watch the technician and gain some instruction from the certified official we have on staff for the camp and they gain instruction and get experience during the dual part of the camp.”

Scott said this allows those who want to be an official to gain the instruction and experience necessary without the pressure of learning on the job.

“In the past two years, we have had four or five that have gone on and become certified officials,” Scott said.

The camp begins on June 23 with Dalton Jensen, head coach at UNK, providing instruction along with Lopers wrestler Joseph Reimers.

Technician Mark Hall will kick off day 2 of the camp, along with the tournament-style dual competition.

The camp will also feature a new piece this year that Scott is especially excited about.

“We will be having a triathlon cup this year for teams to compete for,” Scott said. “It will include the scores of the top-10 wrestlers in team competition, along with the points from the dual competition and the American Ninja Warrior course points for the triathlon championship.”

The American Ninja Warrior course will be set up on the practice football field.

The camp will break on day 2 at 2 p.m. for teams to have opportunities for team-building, a part of wrestling that is vitally important.

“Wrestling is an interesting sport in that you compete individually, but your performance affects the team,” Scott said. “We feel that that team-building piece is important to reinforce that while you are competing as one, you are a part of something bigger.”

The Sun Theatre is going to be open for teams to see a movie together and Maranatha Bible Camp is offering discounted rates on paintball for the camp.

The outdoor pool is also offering an opportunity for wrestlers to swim that day.

There has been a tremendous response to this camp, and Scott said that he is proud of what it has turned into.

“The camp has really turned into something that has really become an anomaly,” Scott said. “There are a number of camps that have modeled themselves after the Legends Wrestling Camp and that makes me feel like we have really done something right here.”

While there are many things that this camp represents to Scott, he said that he hopes that there is something that everyone who participates in the camp takes away from it.

The Legends Wrestling Camp kicks off on June 23 and runs through June 25 at Gothenburg High School.

Cost to attend the camp is $150 per wrestler for teams of eight or more or $160 per individual wrestler. The fee includes meals and a camp t-shirt.

Registration for the camp is still open on Trackwrestling.com

Wrestlers from Gothenburg are offered a $50 discount to attend the camp, and can register by contacting Tom Scott at tom.scott@goswedes.org or at 402-890-4238.