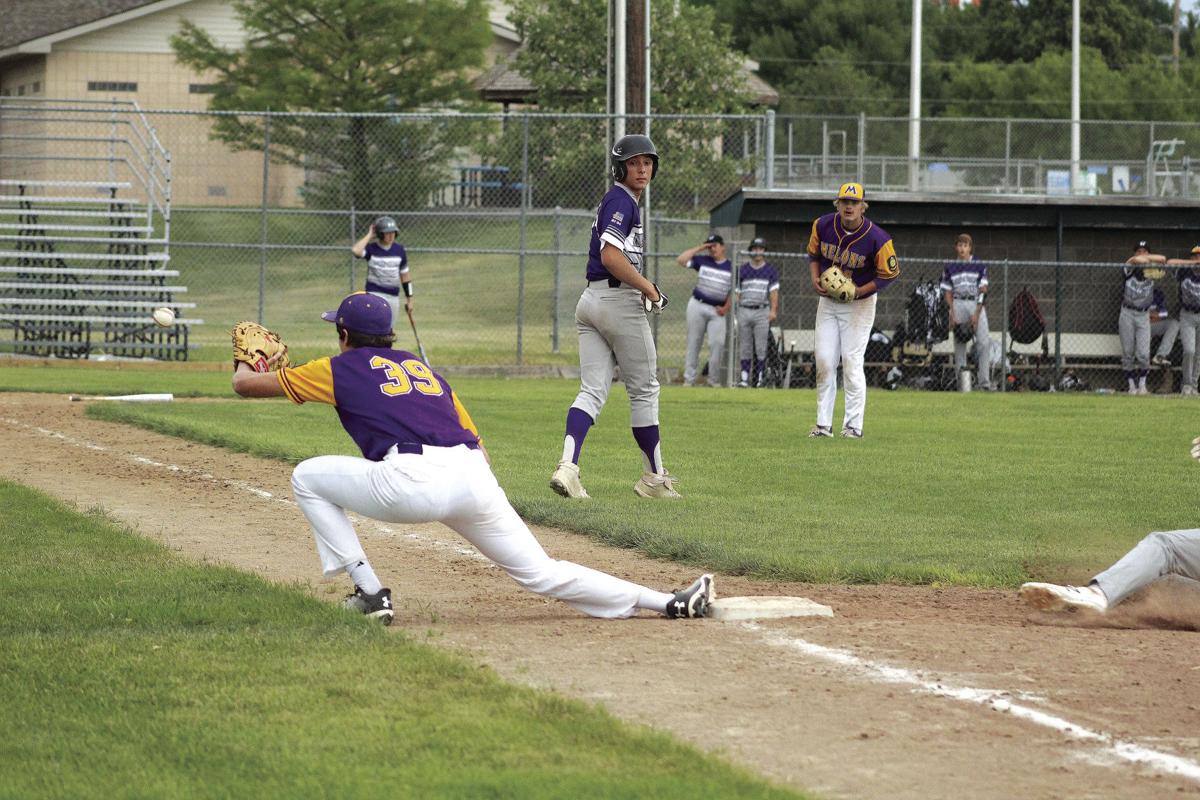 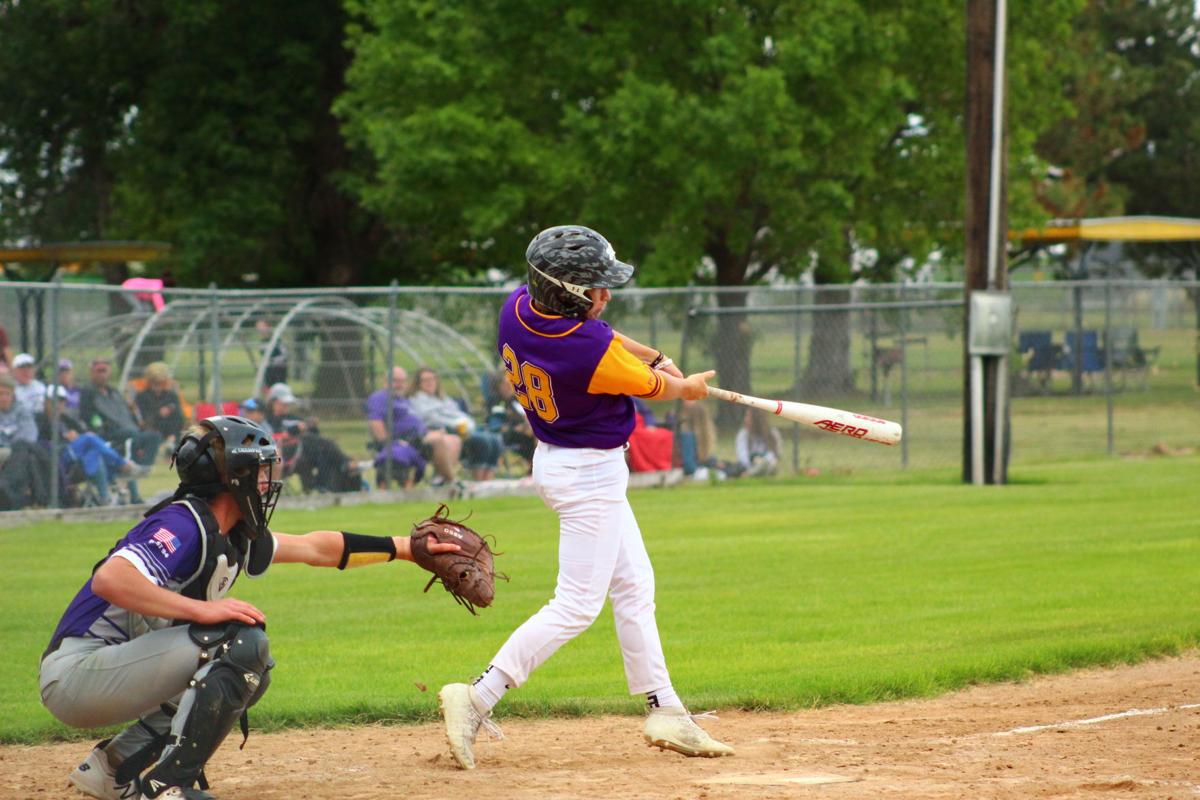 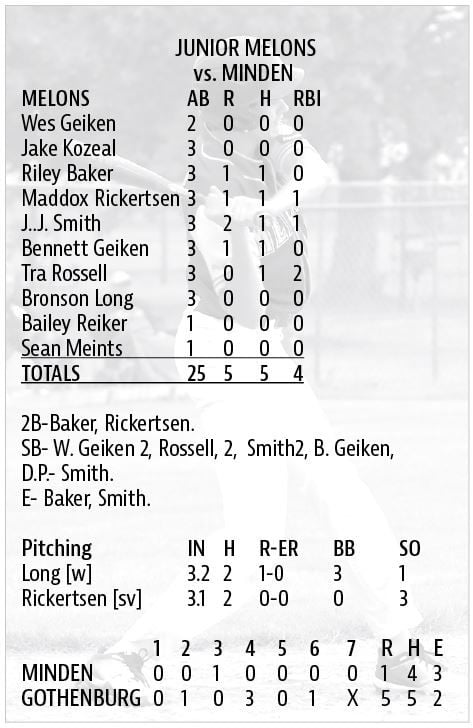 An early lead and a big fourth inning paved the way for the first win of the Junior Melons season June 19 at the Gothenburg Legion Ballpark.

“It was nice to start the season off with a win,” juniors coach Jake Fecht said. “I thought our defense was strong to go along with outstanding pitching for the first game. When we were up to bat, we were a little hesitant, but that’s to be expected in early games. All in all, I thought we played a really good game.”

A line-out by Bronson Long in the second inning plated a run, getting the Melons on the board first.

Minden tied things up in the top of the third inning when a run scored on a fielder’s choice.

In the fourth inning, Riley Baker doubled to center field and was driven in when Maddox Rickertsen doubled on a 2-1 count.

After Rickertsen took third on an error by Minden’s left fielder, a bunt by J.J. Smith brought him home.

Smith stole second, advanced to third on a passed ball and scored when Tra Rossell reached on an error by Minden’s catcher.

Long got the start for the Melons on the mound, allowing two hits and one run over three and two-thirds innings, striking out 10. Rickertsen took the ball in relief and threw three and one-third innings.

Baker, Rickertsen, Smith, Rossell and Bennett Geiken each tallied a hit for the Melons. Rossell led the way with two RBIs and two of the seven Melon stolen bases.

The Melons take on Cozad next on June 26 at home.