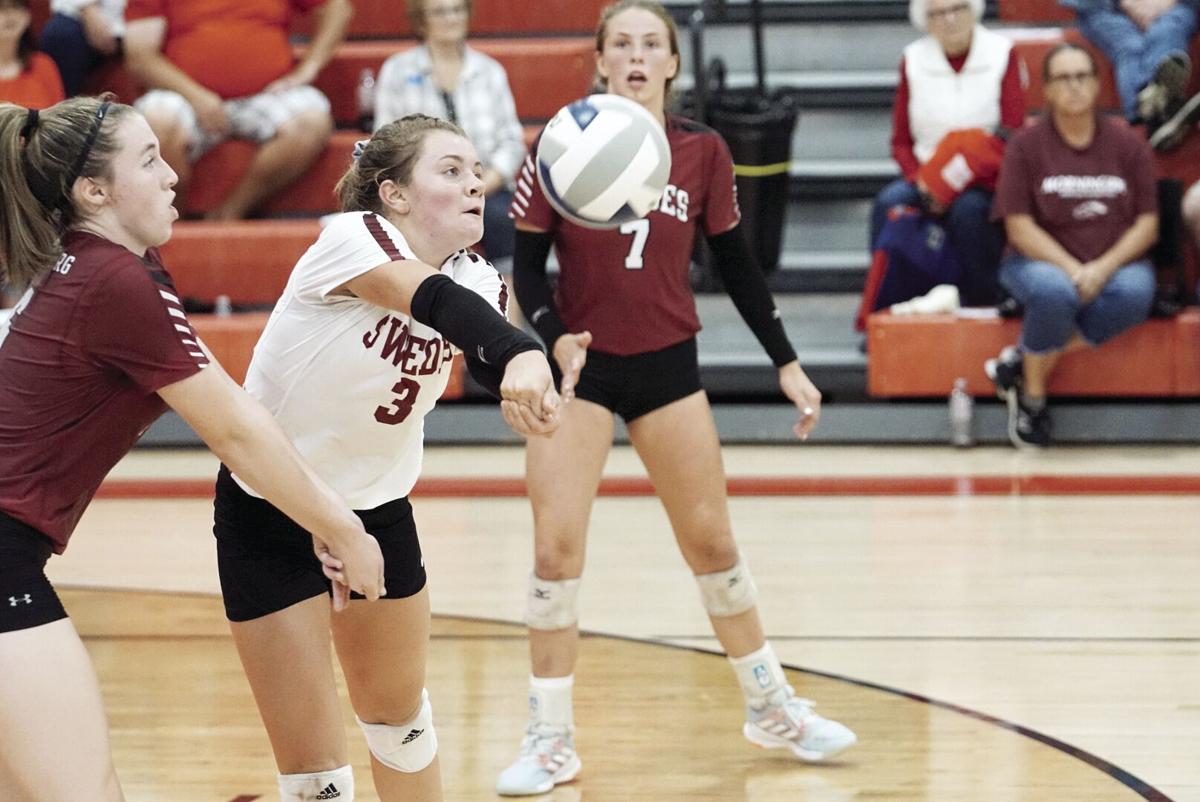 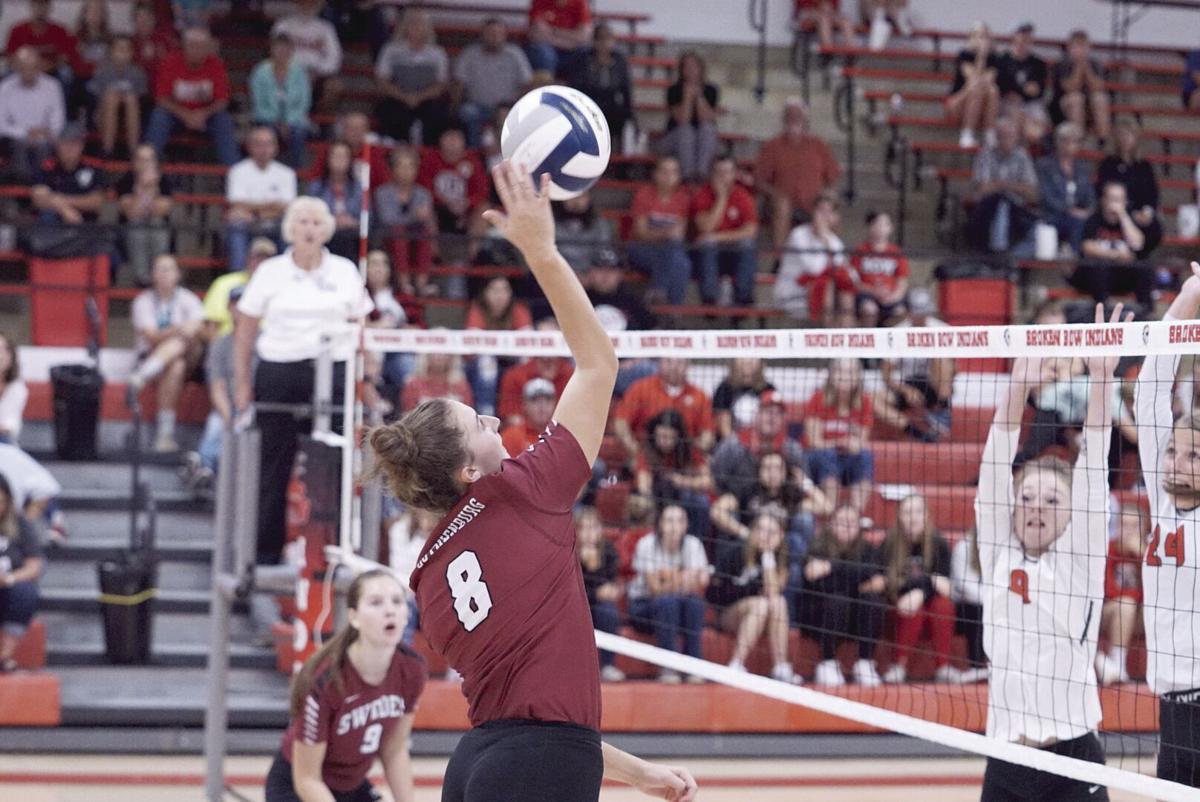 When two top-10 teams meet on the volleyball court, there is certain to be a higher level of competition reflected in the match.

That’s exactly what happened when Gothenburg traveled to Broken Bow to take on the Indians in a down-to-the-wire contest that saw the Indians squeak away with the win in five sets.

The energy and excitement in the gym was palpable as the rallies between teams got longer and longer.

Swede volleyball head coach Bryson Mahlberg said that the environment the team played in last night was one that was beneficial to the Swedes.

“Playing Broken Bow is always a big match for us,” Mahlberg said. “I thought the girls fed off of that energy in a positive manner. No matter if you are the visitor, it is fun to play in that environment.”

The Indians also took set three 25-23, making the fourth set a must-win for the Swedes.

And that they did.

Gothenburg evened the sets at two each after a 25-16 win and Mahlberg said that a combination of factors came into play.

“I think we planned a cleaner set and we forced them to make quite a few unforced errors,” he said. “They had quite a few service errors in that set which allowed us to maintain momentum for most of the set.”

That fourth-set win forced a nail-biting fifth set which the Indians won 15-13.

While it’s early in the year to see this type of competition on the other side of the net, Mahlberg said that playing a team of Broken Bow’s caliber benefits the Swedes.

“I think early in the season playing great teams is only going to help us down the road,” he said. “Obviously we would have loved to get a win but we have to learn from some of the things we should have done better and make sure we improve on those for our next game.”

Despite the score, Mahlberg said the Swedes’ desire to win and the effort on the court was one that he and his coaching staff told the girls to be proud of.

“They played their hearts out,” he said. “We have to trust the process we are on and finding ways to continue to improve each and every time we step on the court - both in practices and in games.”

The Swedes registered 56 kills in the match with Clara Evert leading the way with 16. Aubrey O’Hare had 12 and Kynlee Strauser added 11.

Carly Jensen and Kaileigh Gilligan had three blocks each and Emily Cornwell had 29 digs.

The Swedes have a little time in the gym before they see their next bit of action on Sept. 9 against South Loup at Gothenburg High School, followed by the Sept. 11 Cozad Invitational.

Mahlberg said that there were a number of things the team will be working on, some of which were identified during the Broken Bow match.