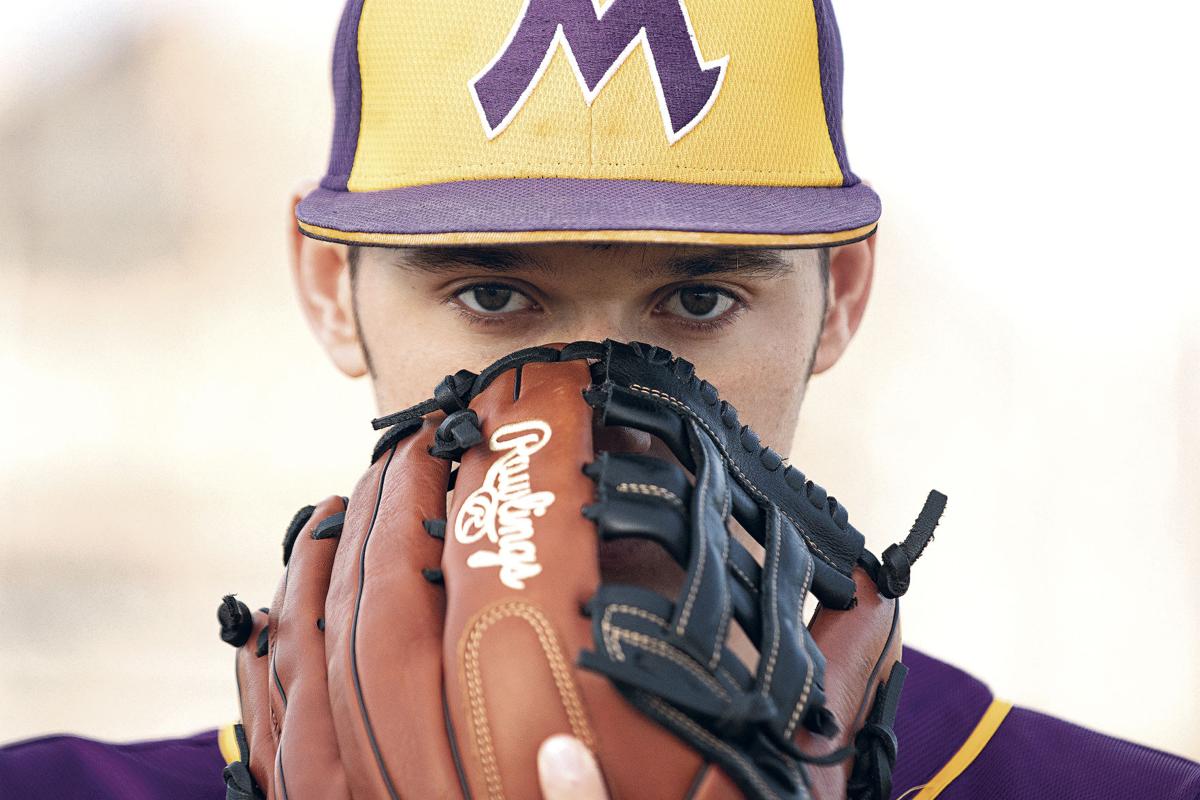 Bryce Ryker has his sights set on the next step in his baseball career at Hastings College. 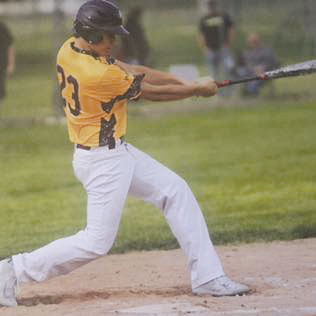 Ryker excelled with the Melons, leading to his next step at Hastings. 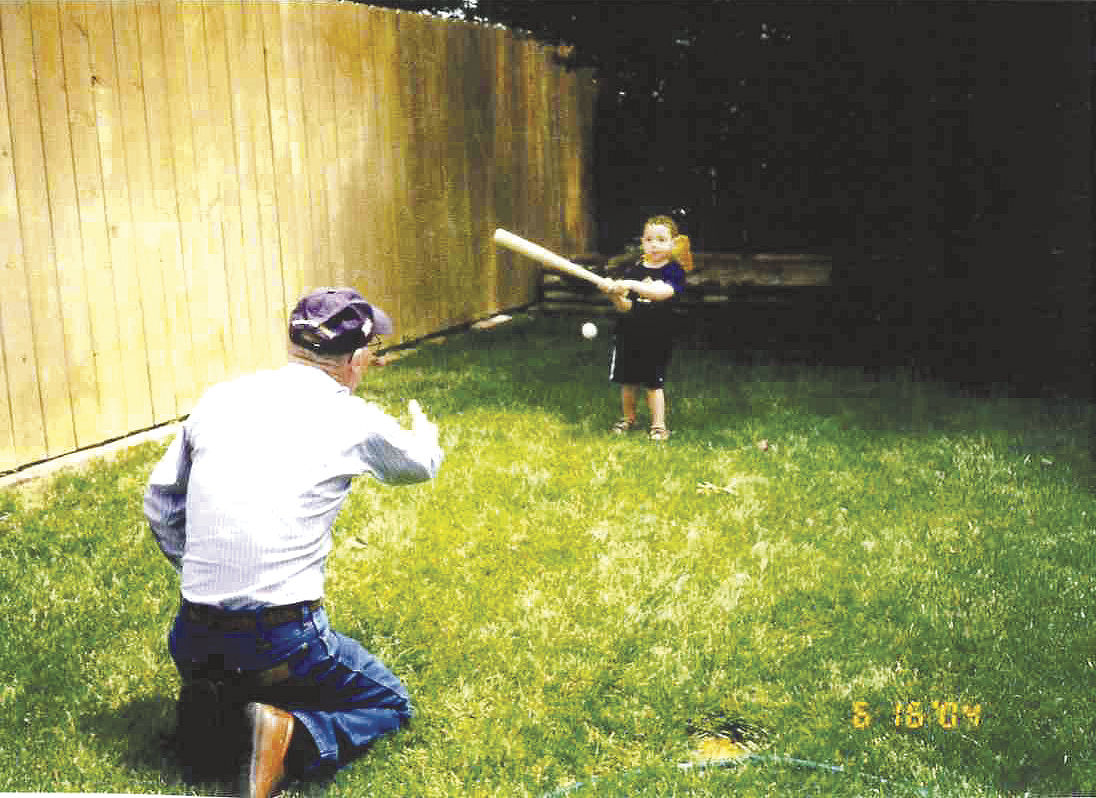 A young Bryce plays a game of pepper with his grandfather. 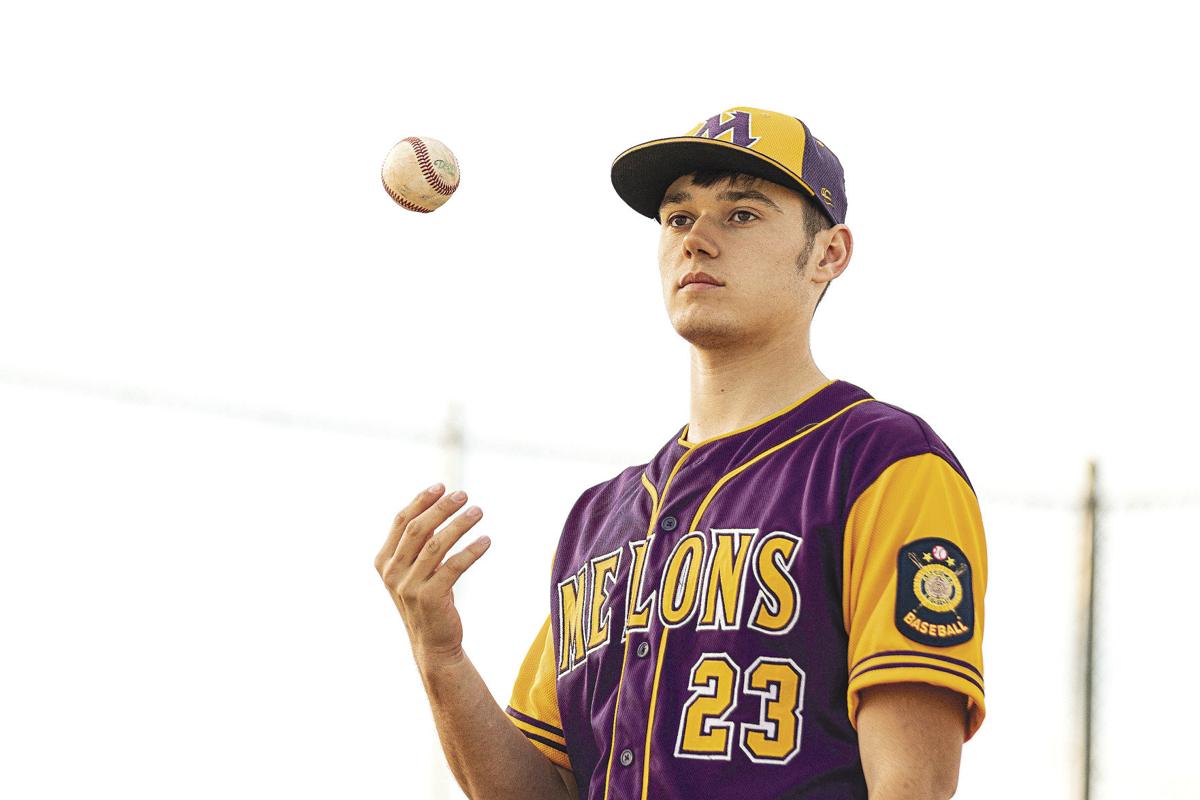 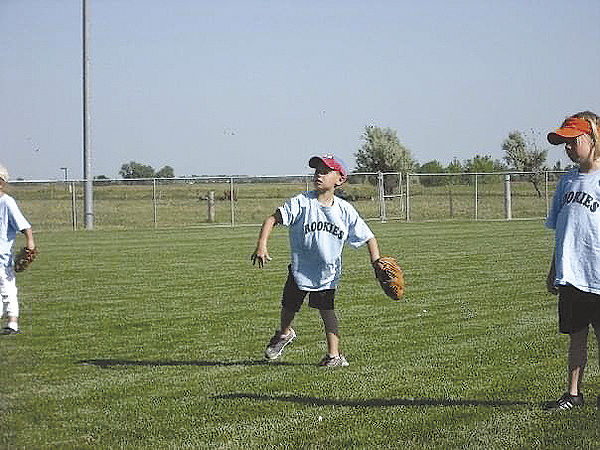 Ryker got his start on the tee-ball fields with the Rockies.

Bryce Ryker has his sights set on the next step in his baseball career at Hastings College.

Ryker excelled with the Melons, leading to his next step at Hastings.

A young Bryce plays a game of pepper with his grandfather.

Ryker got his start on the tee-ball fields with the Rockies.

It starts when a kid is young.

He gets a feel for the ball popping in his glove.

Spending time in the yard tossing the ball with his dad or grandpa is his favorite pastime and once he steps on the field, everything else falls into place.

Bryce Ryker says that baseball has been a part of every summer he can remember.

He started his career in tee-ball and played through high school.

And now, he’s taking the next step in his career with the Hastings Broncos Baseball Team.

Ryker has fond memories of his time on the fields in Gothenburg.

His time with the Melons started when he was much younger than the rest of his team, and he says that the things he learned and the memories he made will stay with him long after he hangs up his glove.

“I have two favorite memories from playing with the Melons. My first home run is one of them,” he said. “The second would be our first game against Cozad in 2018. I just remember everyone on the team hitting well and just kind of clicking on defense and we won big. It wasn’t a huge game or anything, but the feeling we all had that day was a good one.”

Ryker went on to say that the lessons he learned while playing with the Melons were some that have enhanced his career, and ultimately helped him to get to where he is now.

“Playing for the Melons forced me to develop into a good ballplayer because I was put in much younger than many of my peers,” he recalled. “The seniors’ team was low on players and Conner Baker, Jordan Rossell and I all had to step up and fill in spots. I think all three of us did well and developed very quickly.”

“Bryce has always been a kid willing to come to practice ready to work,” said Melons coach Jory Flesch. “He has worked hard to get his game up to the next level. We, as a coaching staff, have enjoyed Bryce throughout his Melons career and are happy to see him get a chance to go on and play at the collegiate level.”

Ryker said he took a look at a number of colleges before making his decision.

“I took several visits to Western Nebraska Community College, McCook Community College, Nebraska Wesleyan University and Hastings College,” he said. “What really made me interested in Hastings was Coach Spongberg and his clear knowledge in the sport and all the guys I met on the team who all seemed very nice and focused on playing.”

Ryker said he was finishing up his last camp at NWU when he made his decision to become a Bronco.

“I just remembered how much I enjoyed my time on the Hastings campus and I gave Coach Spongberg a call,” he said.

“Bryce was in communication with us as to his desire to continue his baseball career at the next level,” Hastings College Baseball Head Coach Steve Spongberg said. “We watched him work out on the baseball field and talked to other coaches that have seen Bryce play. We liked what we saw in his workout, solid hitter, good arm and speed and the ability to play defense.”

That wasn’t all the Broncos liked in Ryker.

“We also liked everything we have heard about the type of person he is both athletically and academically. Bryce is not only a very good baseball player but a fine young man, multi-sport athlete, which we like, that has been in competitive situations all year long. He is a hard worker with the desire to be the best he can be, so he is the kind of player we strive to get at Hastings College. We are really glad to have Bryce Ryker as a part of the Hastings College Bronco baseball team.”

Ryker reports to practice and classes sometime in early August and is planning to major in Criminology with plans of becoming a lawyer.

While Ryker is excited for his future at Hastings, he took a moment to think about how his final year of high school wrapped up, and all the things he is thankful for despite the things he missed.

A few short months ago, Ryker was talking with his buddies about when to have senior skip day, plans for the senior prank and how excited they all were for the summer and their last baseball season.

“Life has been very unpredictable lately and I think everyone is just trying to roll with the punches,” he said. “The pandemic has taught me to never take anything for granted. I will definitely always remember my senior year. While it was an abrupt end I have tried to find bright spots in it like having more time to spend with people I care about.”

That extra time has given Ryker time to consider who has helped him the most along the way.

“My father has been the biggest influence in my life, without a doubt,” Ryker said. “He helped me develop my love for athletics and that has led me to playing college baseball. He taught me how to work hard when no one is keeping you accountable and to have good character. Most importantly, and more than anything, he has shown me this through his actions.”

Ryker had warm words for his mom’s impact on his life as well.

“She’s been a huge part of me making it to where I am,” he said. “Between the meals every day after games and practices or filming all my at-bats, she was always there for me.”

He had some advice for younger players, as well.

“Don’t wait. Go to camps, contact coaches and get face to face time,” he said. “I learned the hard way there are a thousand kids trying to do what you’re doing so the coaches rarely come and find you. You have to do something to stand out in the crowd.”

Ryker says he’s excited for his future at Hastings College, and he shared that without the support of those around him, he wouldn’t be taking this next step.

“I just want to thank everyone in my life who has led me to this point,” he said. “From my great grandpa J.S. tossing me a ball in a backyard when I was barely old enough to walk or my dad, who is always willing to play catch even if his shoulder is sore the next day.”

The dusty softball fields of Gothenburg have so many stories to tell.