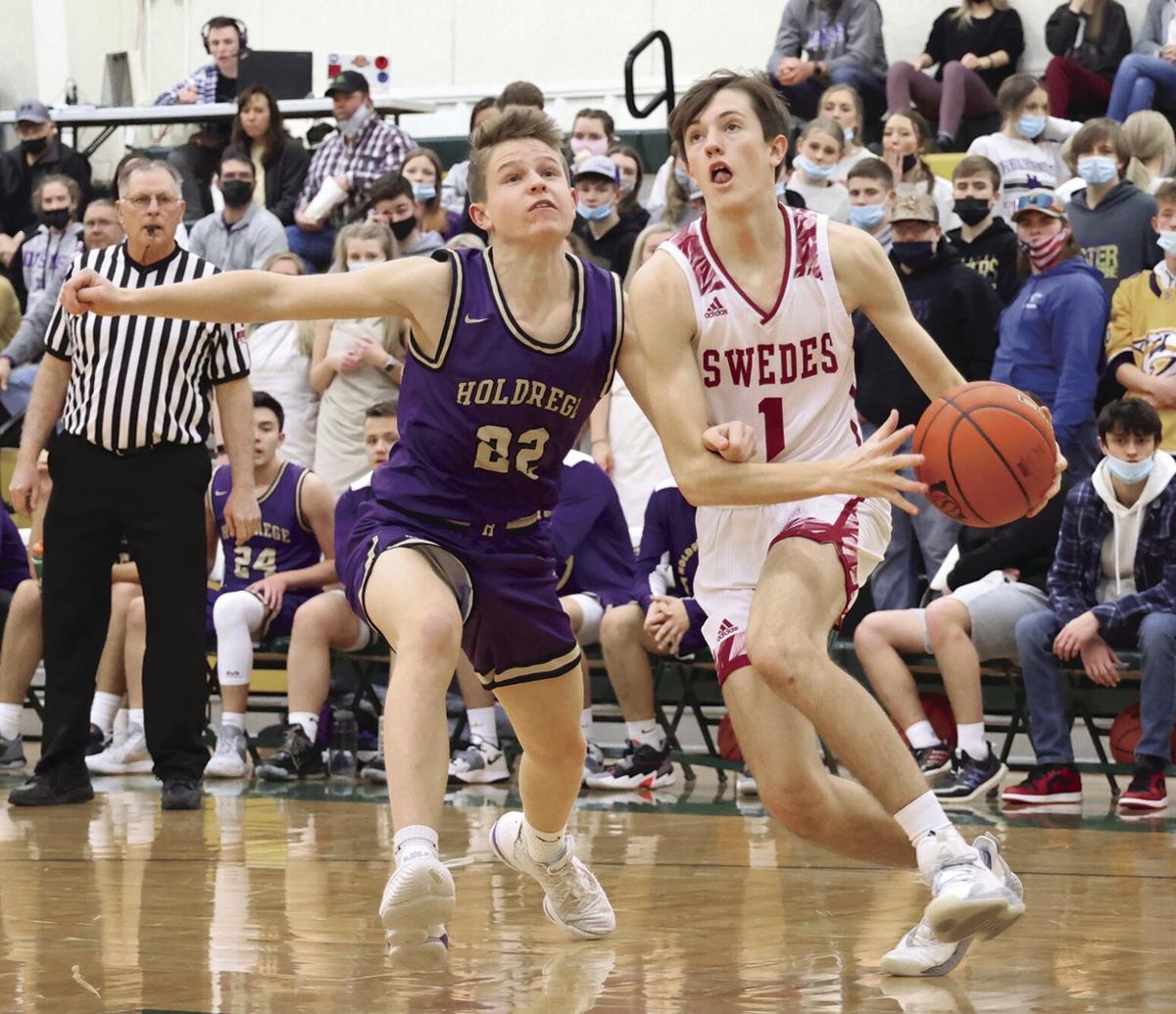 Trey Stevens looks to the hoop as he drives by Holdrege’s Jaxson Karn. 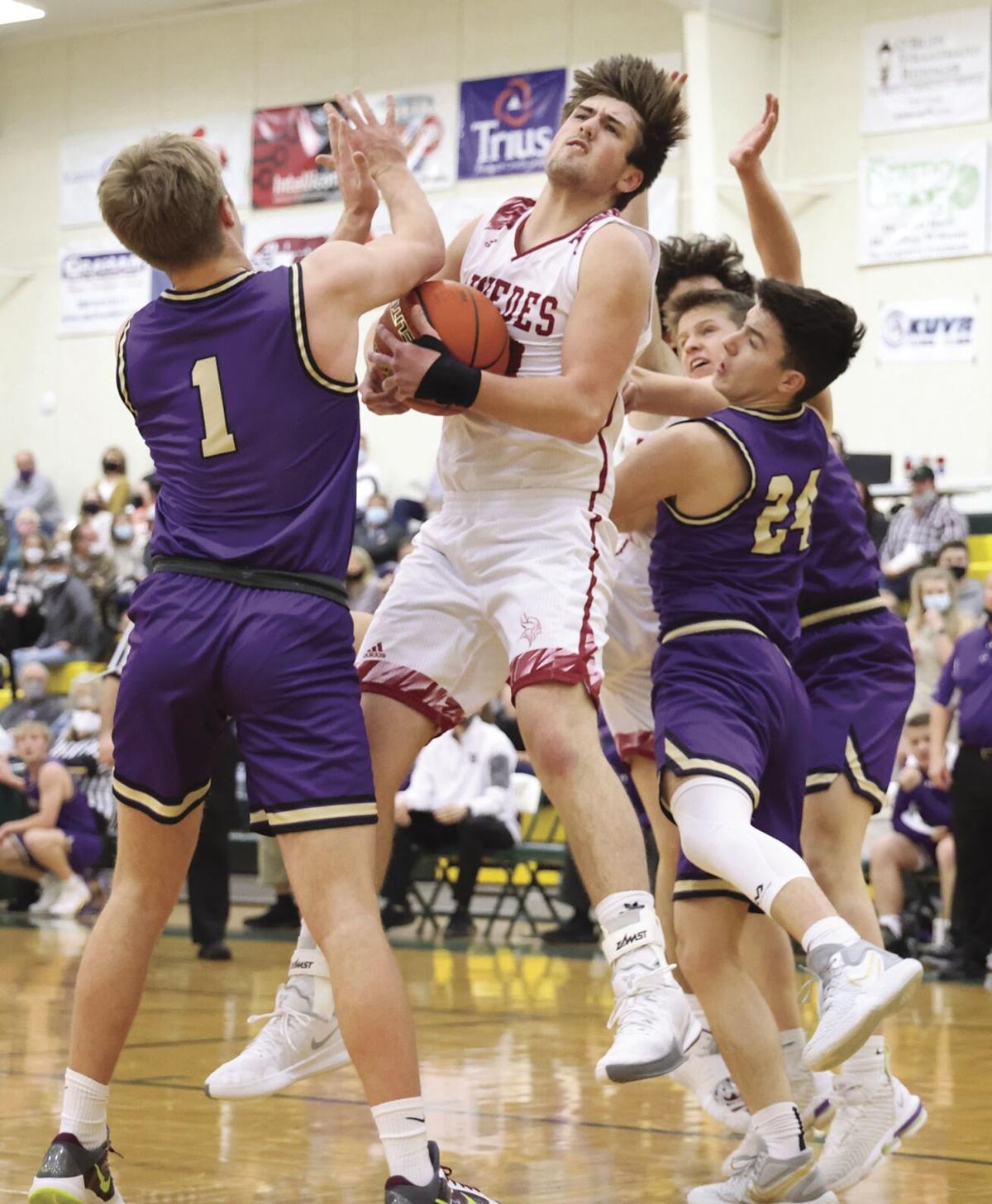 Bennett Geiken rips down a rebound in a sea of Dusters. 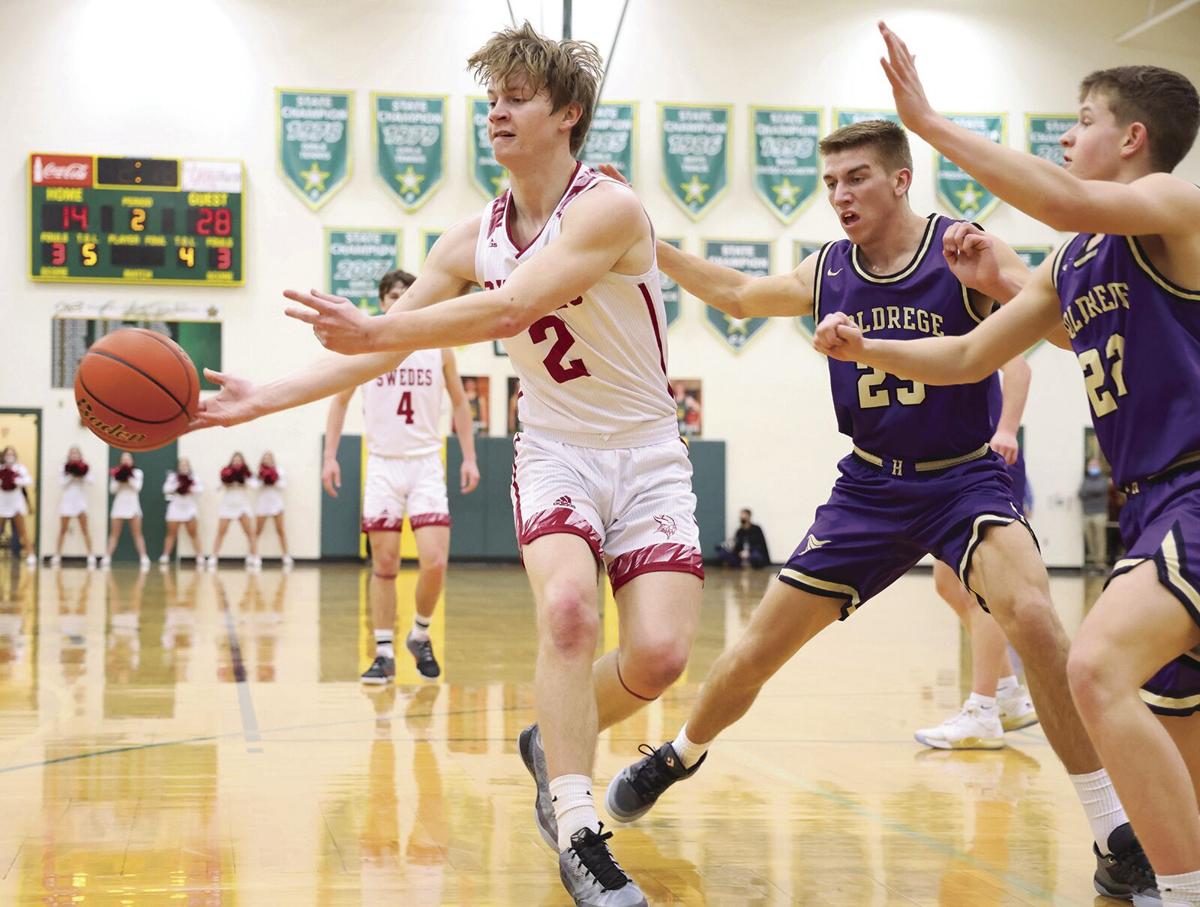 Owen Geiken dishes off as he drives the lane.

Trey Stevens looks to the hoop as he drives by Holdrege’s Jaxson Karn.

Bennett Geiken rips down a rebound in a sea of Dusters.

Owen Geiken dishes off as he drives the lane.

Gothenburg’s boys’ basketball team took on the Holdrege Dusters Feb. 22 in the first round of the C1-11 sub-district tournament at Kearney Catholic High School, falling to the Dusters 49-30.

The Swedes had a hard time getting things going in the first quarter, putting eight points on the board to the Dusters’ 17.

Things didn’t get better in the second period of the game as the Swedes only managed another six points while Holdrege continued to stay hot from the field.

The teams went to the locker rooms at halftime with the Dusters in control, holding a 30-14 lead.

The second half of the game told a different story as the Swedes came out of the halftime break with renewed focus, holding the Dusters to 19 points for the half and putting up 16 of their own.

The game was the end of a season that held many challenges for the Swede boys’ basketball team as they battled injury and illness as they worked to find their stride.

Owen Geiken and Jake Scherer saw their careers in a Swede uniform come to an end, but not without the praise of Gothenburg boys’ head coach Scott Carlin.

“These two seniors have been great leaders for our team,” he said. “They took the time to really work with the younger players and help them in situations on the court both during games and in practice. We will miss their presence in future years.”

Gothenburg ends their season with a 5-17 record.