You are the owner of this article.
Edit Article Add New Article
Home
News
Sports
Community Calendars
Galleries
Obituaries
Classifieds
e-Edition
Contact Us
Share This
1 of 9 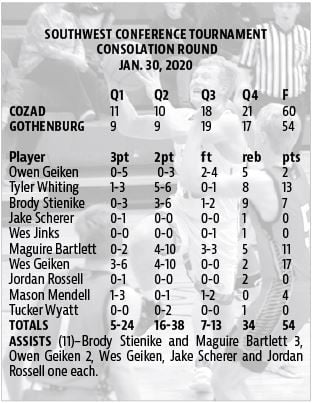 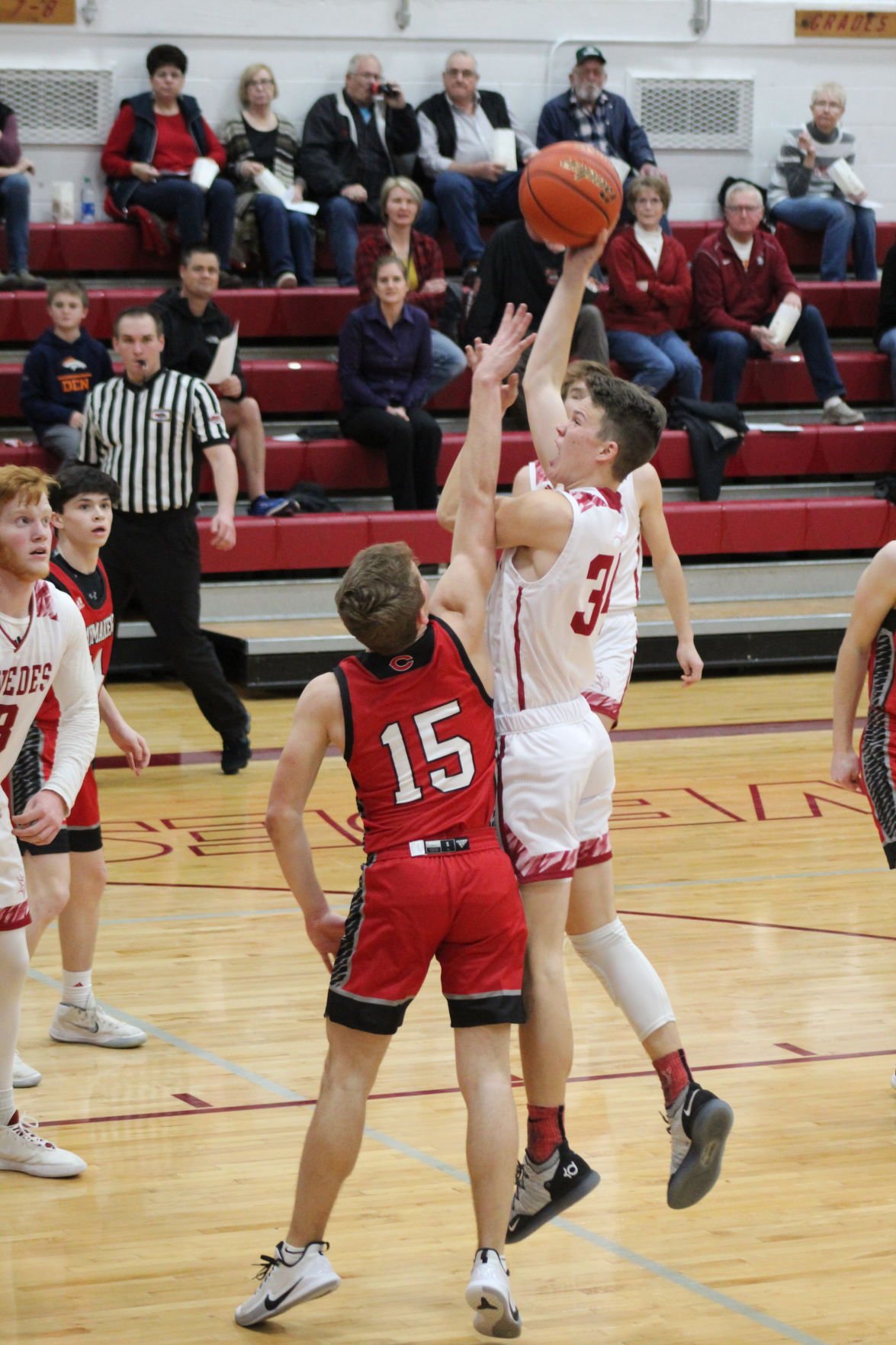 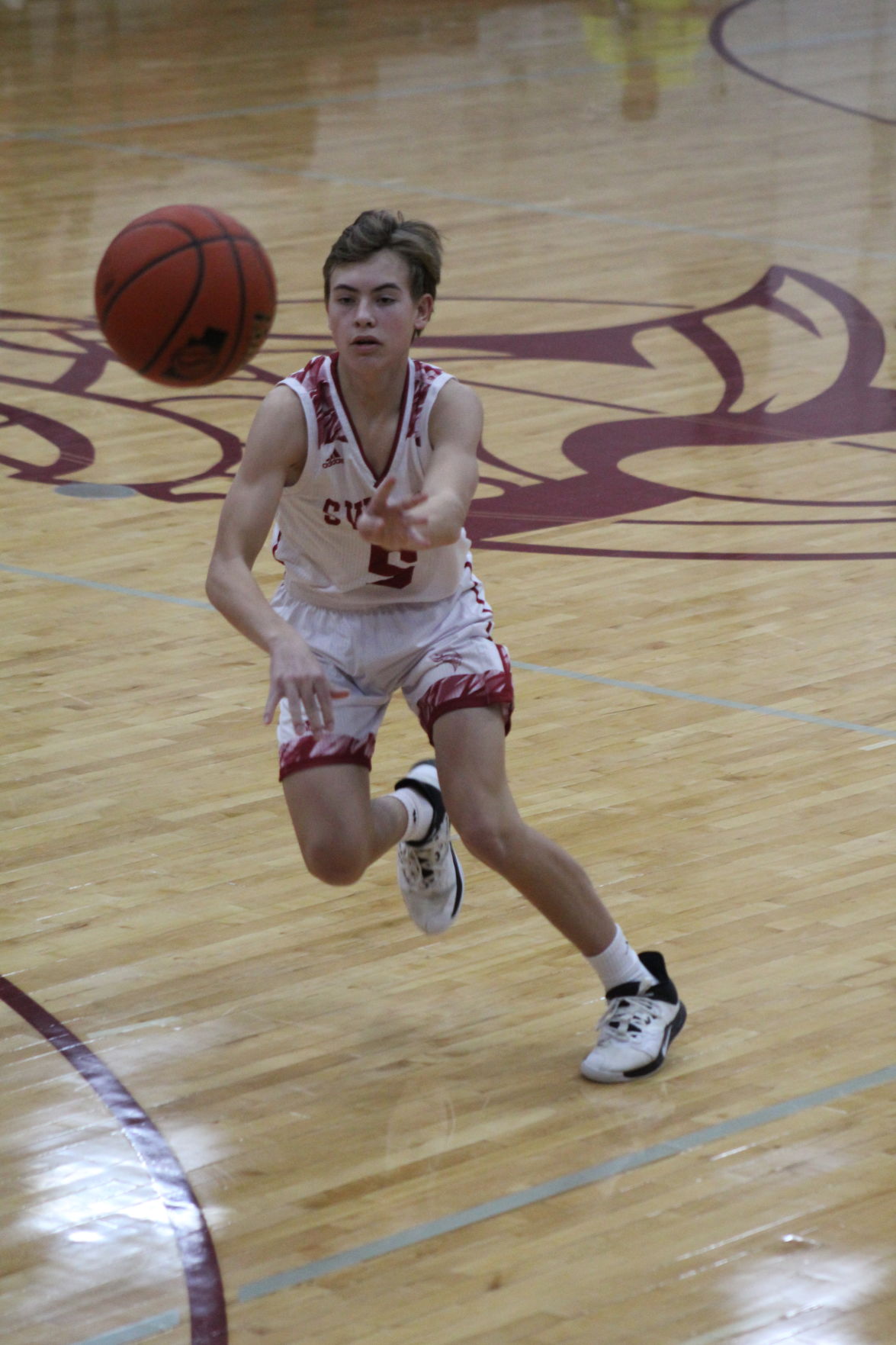 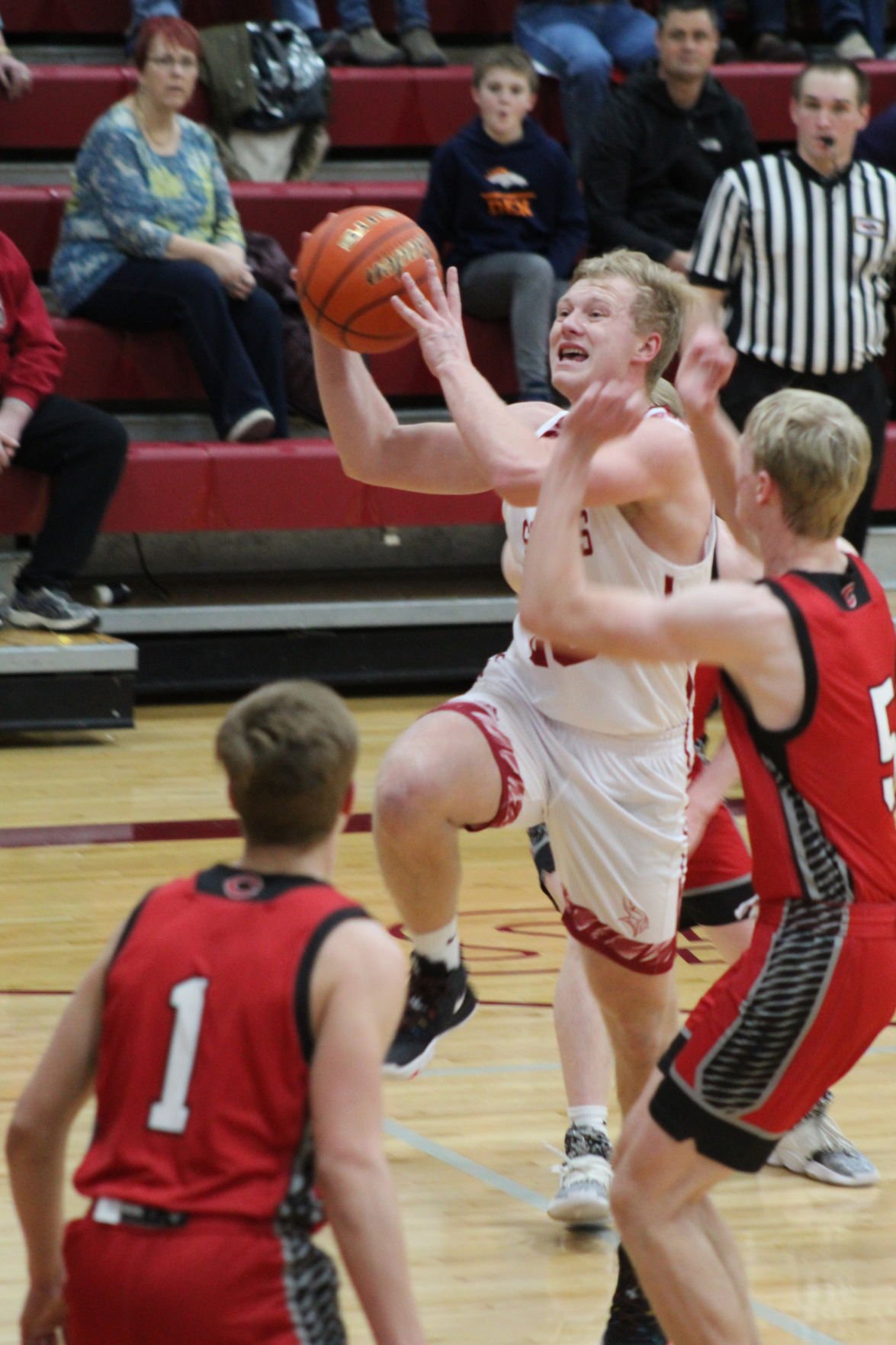 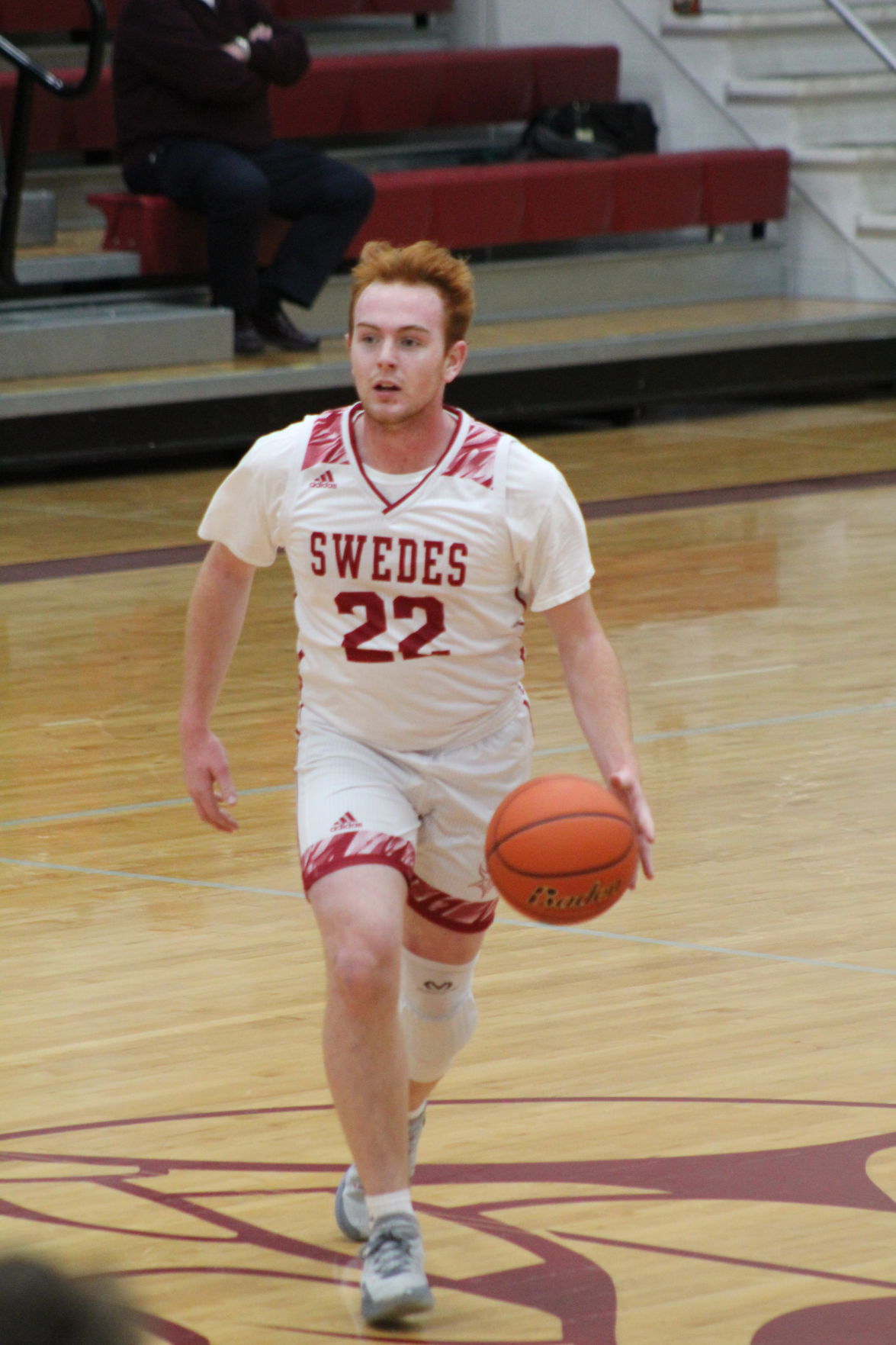 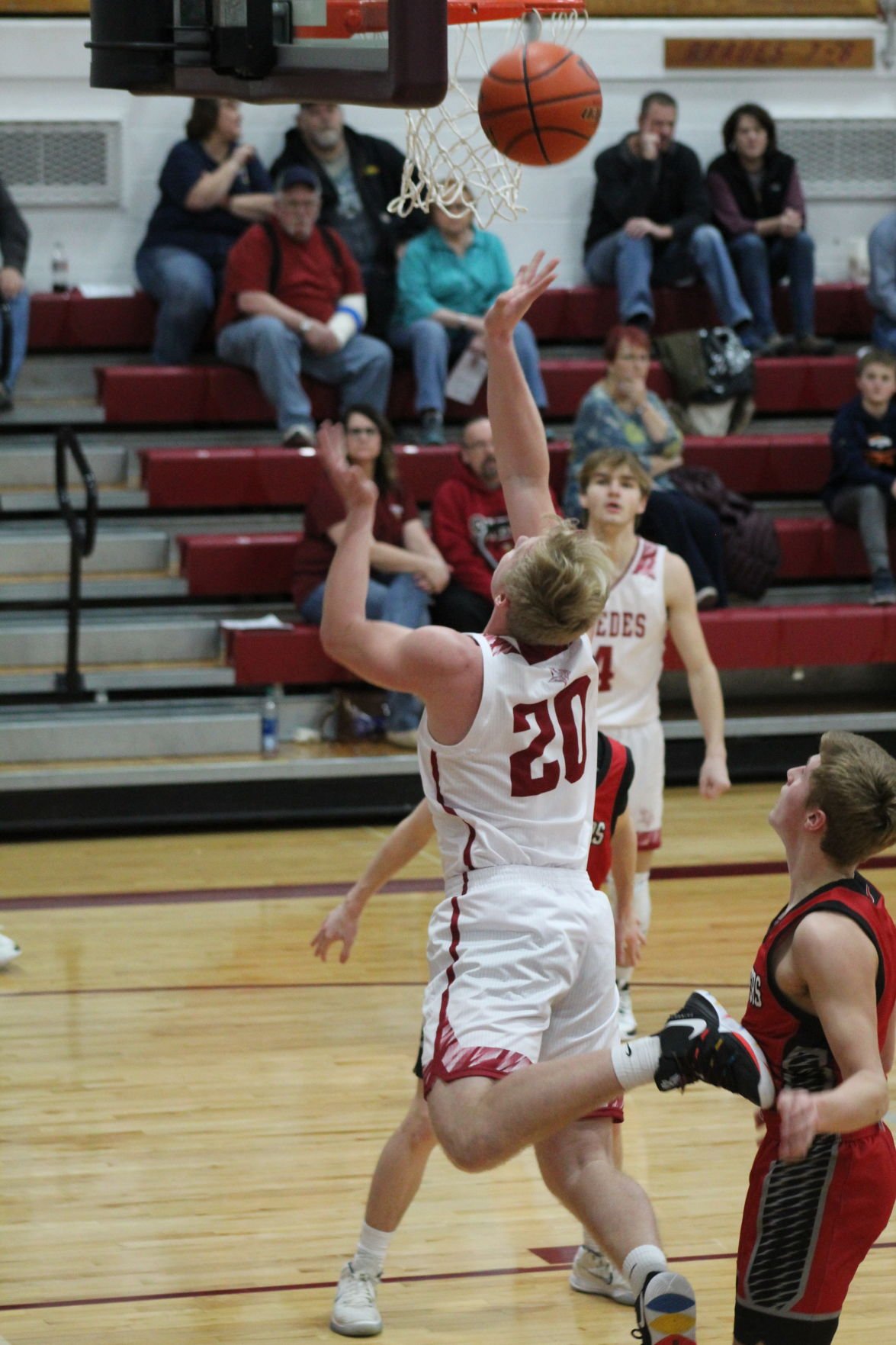 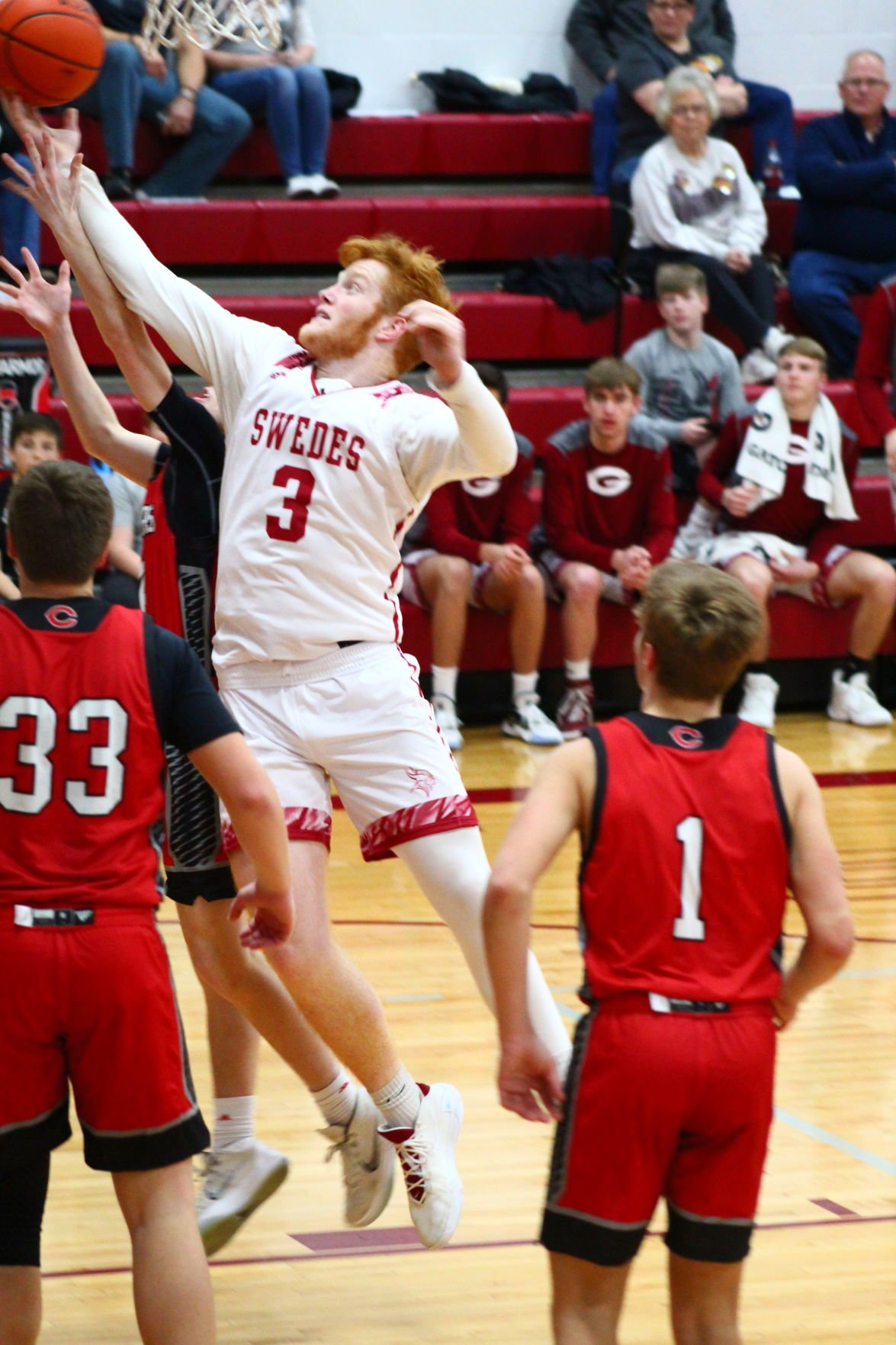 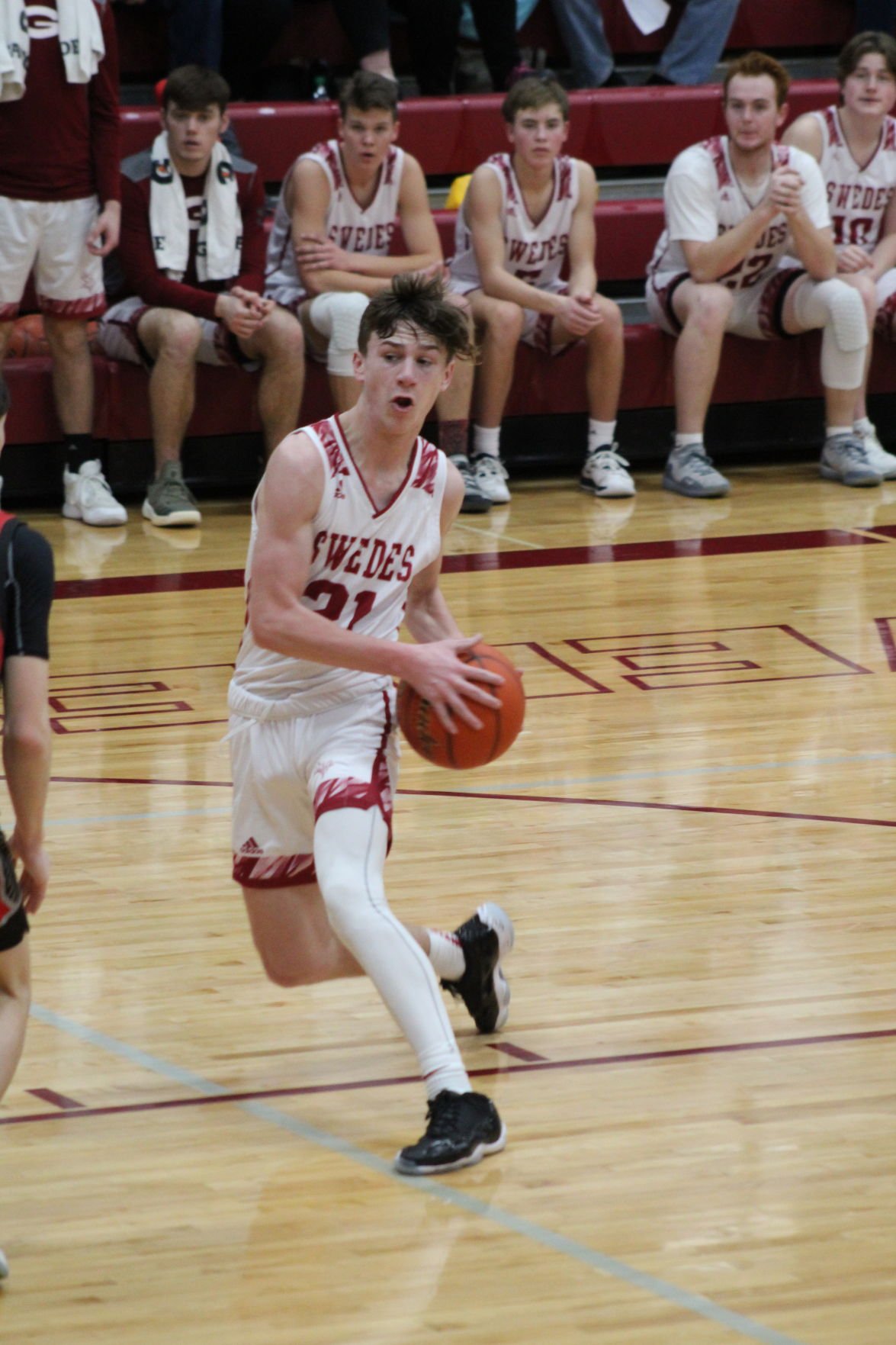 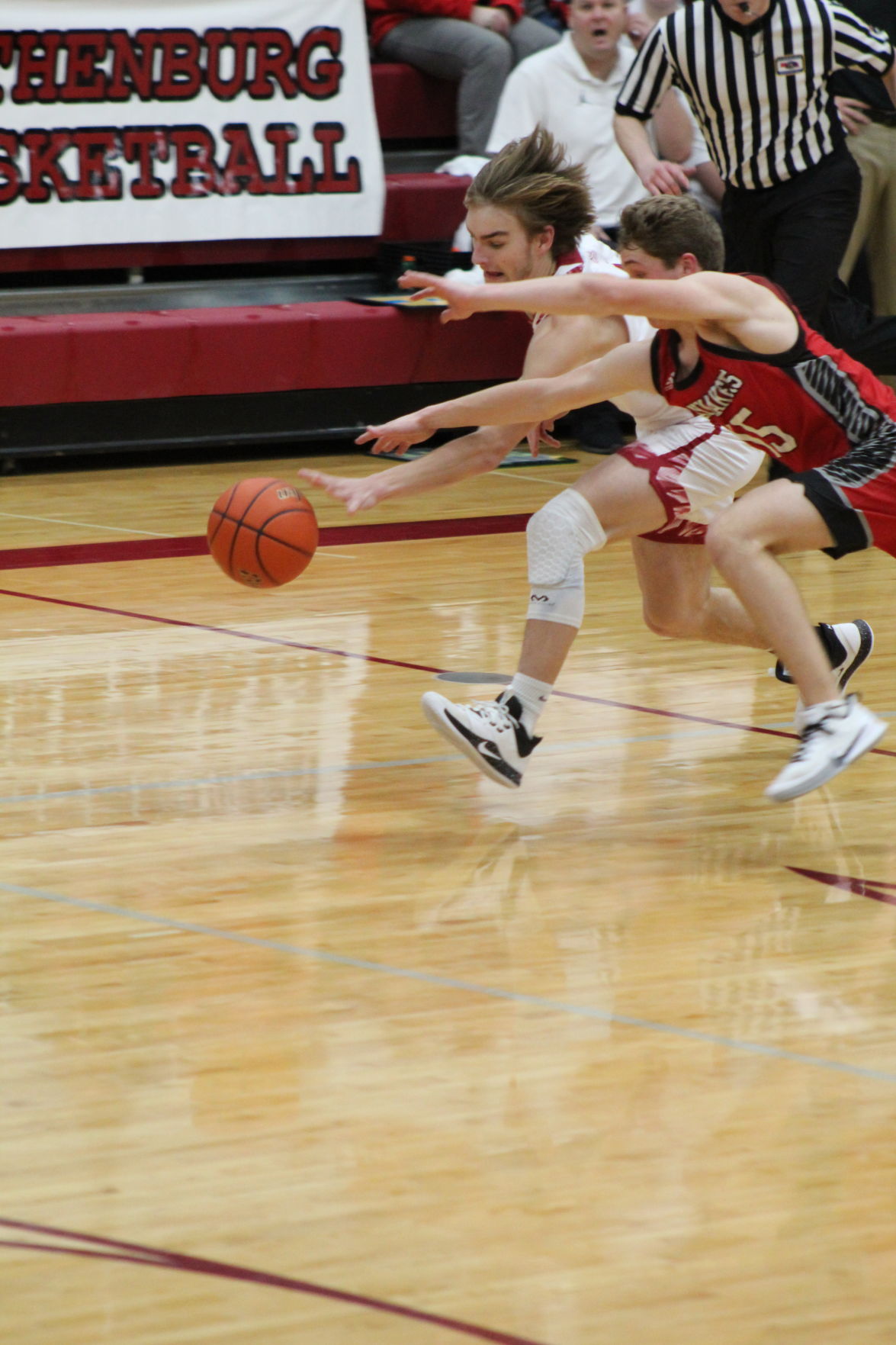 Nothing says rivalry like a game that comes down to the final minute.

Two games in two weeks only fuel the fire that burns between two teams that have the history that Gothenburg does with Cozad.

So when the Haymakers were back at Gothenburg High School for the consolation round of the Southwest Conference Tournament Jan. 30, the tension was high.

Swede coach Scott Carlin said that the Swedes did make some adjustments from the previous time Gothenburg met Cozad, and have worked to keep the team centered on what they can control.

“I felt a lot of the time, we could keep the focus and players battling by either mixing a defense up, adding a press or calling a set,” he said. “A lot of the time those things made us focus on things we can control.”

The Swedes trailed the Haymakers 21-18 at halftime after trading shots for the majority of the first half.

Gothenburg came out in the second half with a mission and halfway through the fourth quarter, took the lead.

Cozad didn’t go away without a fight and after hitting a couple of three-pointers had regained the control and sealed the game, 60-54.

Utilizing the entire space of play has been another point of conversation in practice and Carlin said that the team has capitalized.

“We have really preached playing full-court and pushing the ball to take advantage of not having all five defenders back in practice,” he said. “We have preached that the more space you have, whether it be 4 on 4 or with an advantage, you have more room to make a move.”

The Swedes finished in sixth place in the tournament and are focusing their attention on their Feb. 7 game against Valentine and the Feb. 8 SWC matchup against Minden.