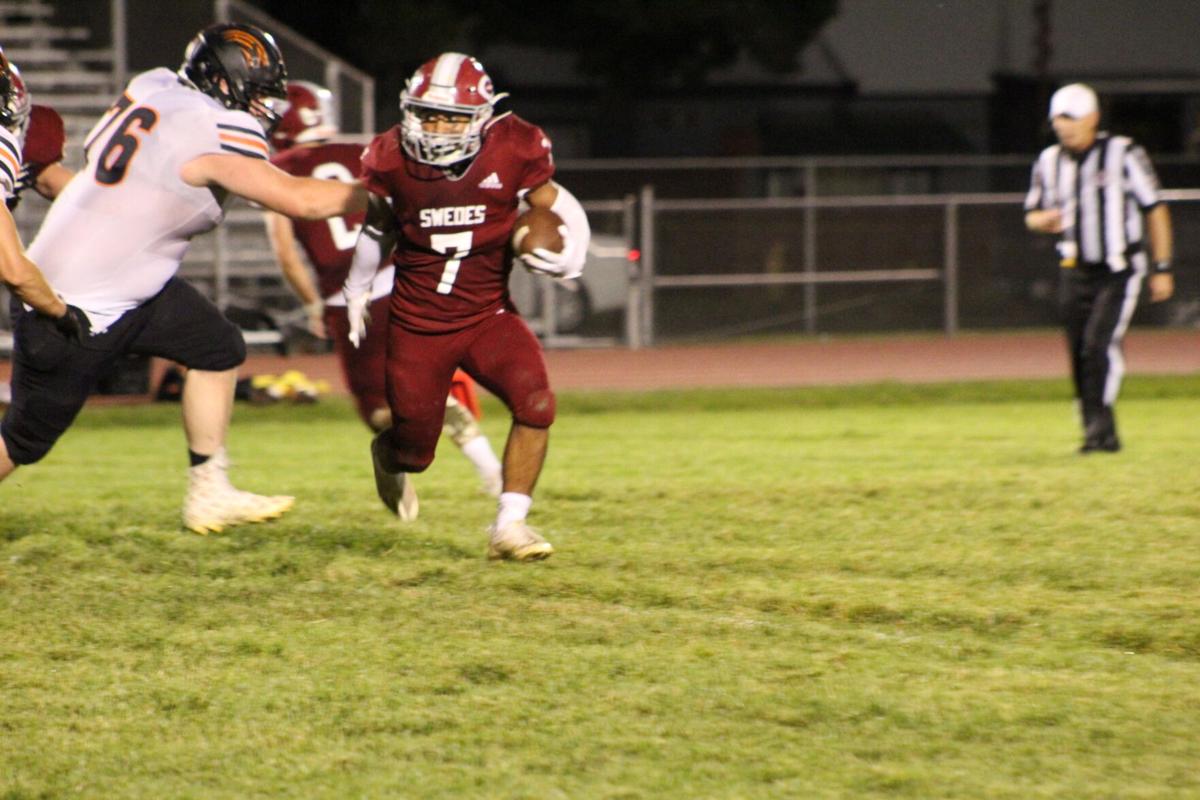 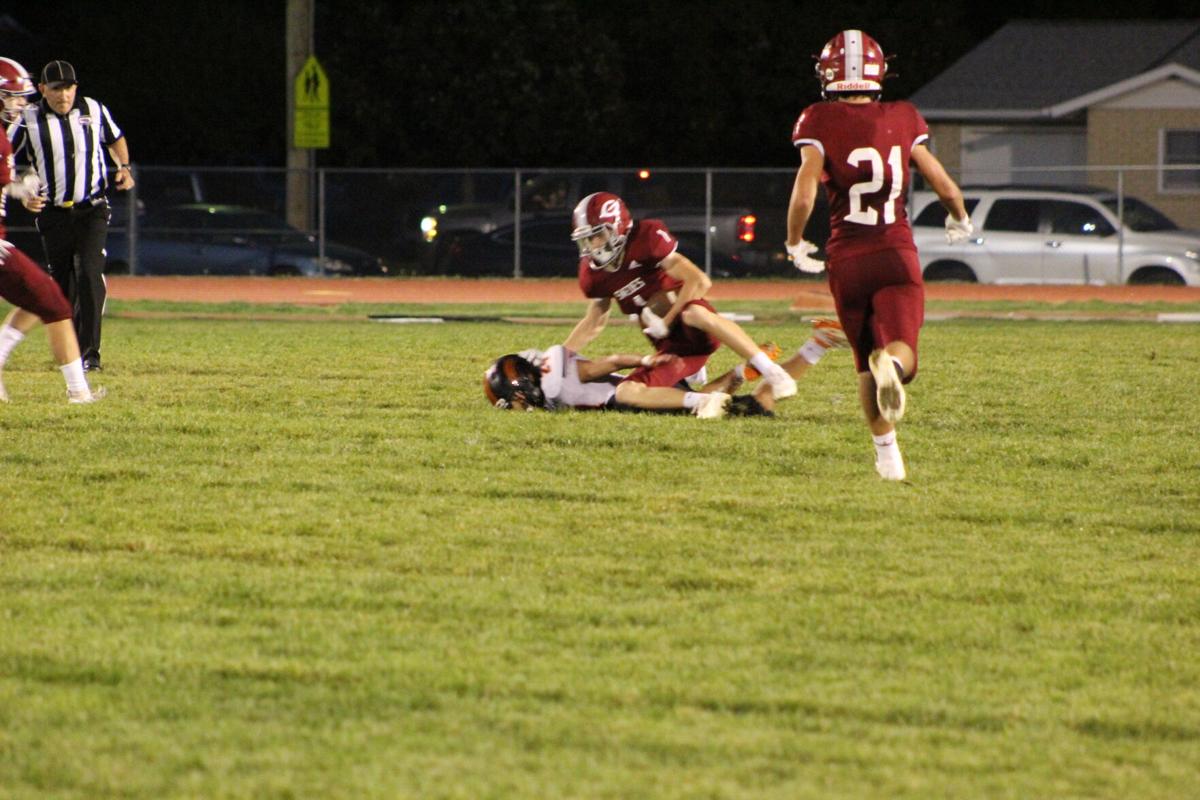 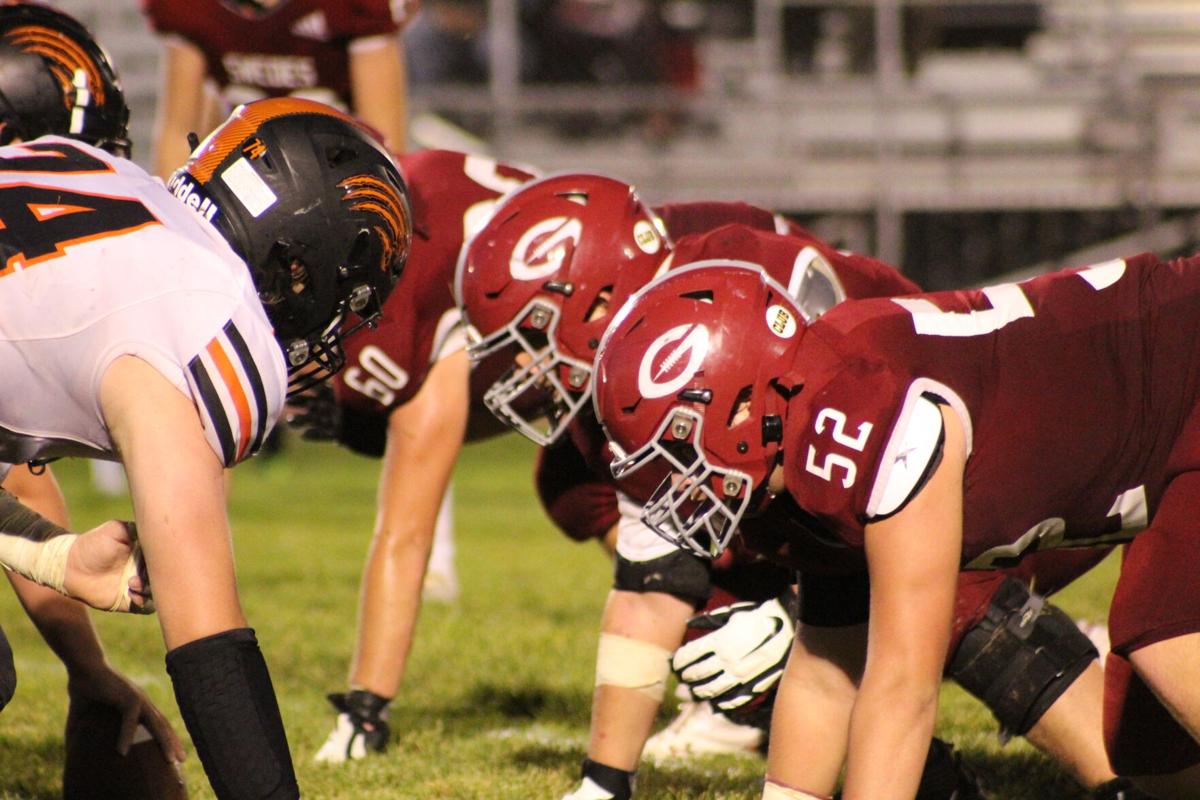 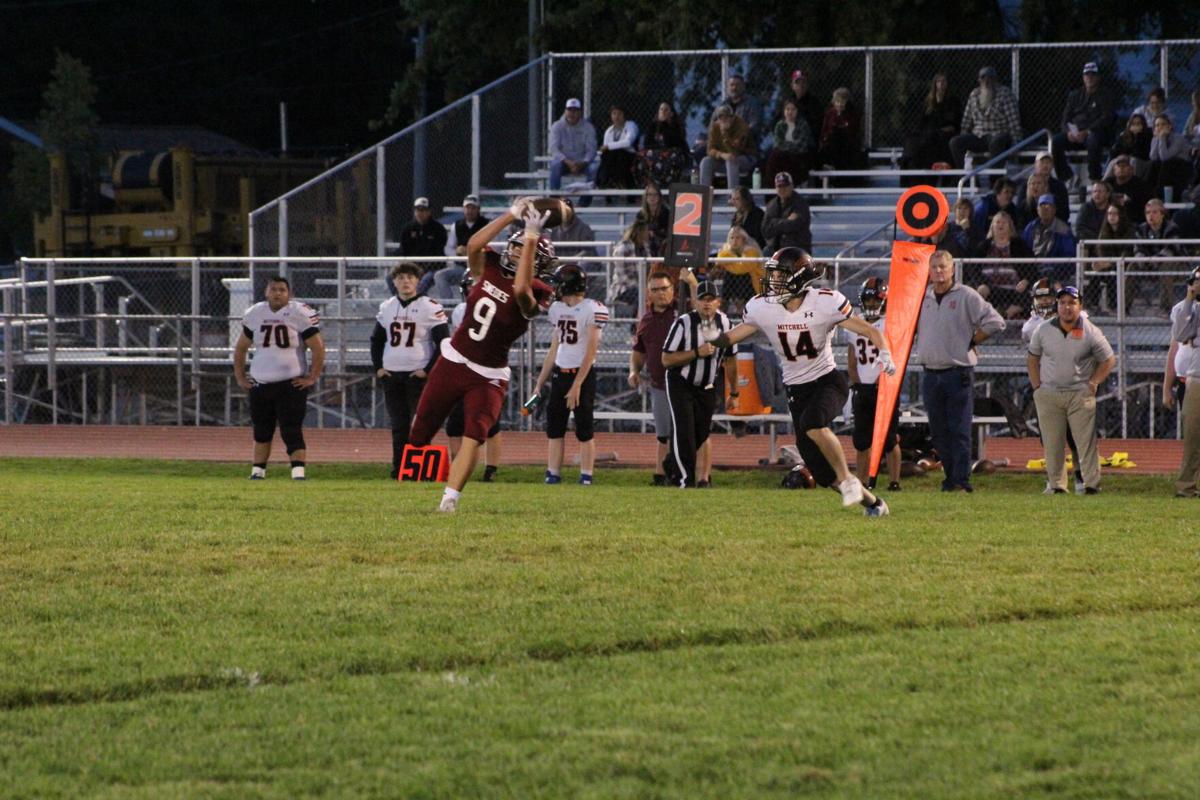 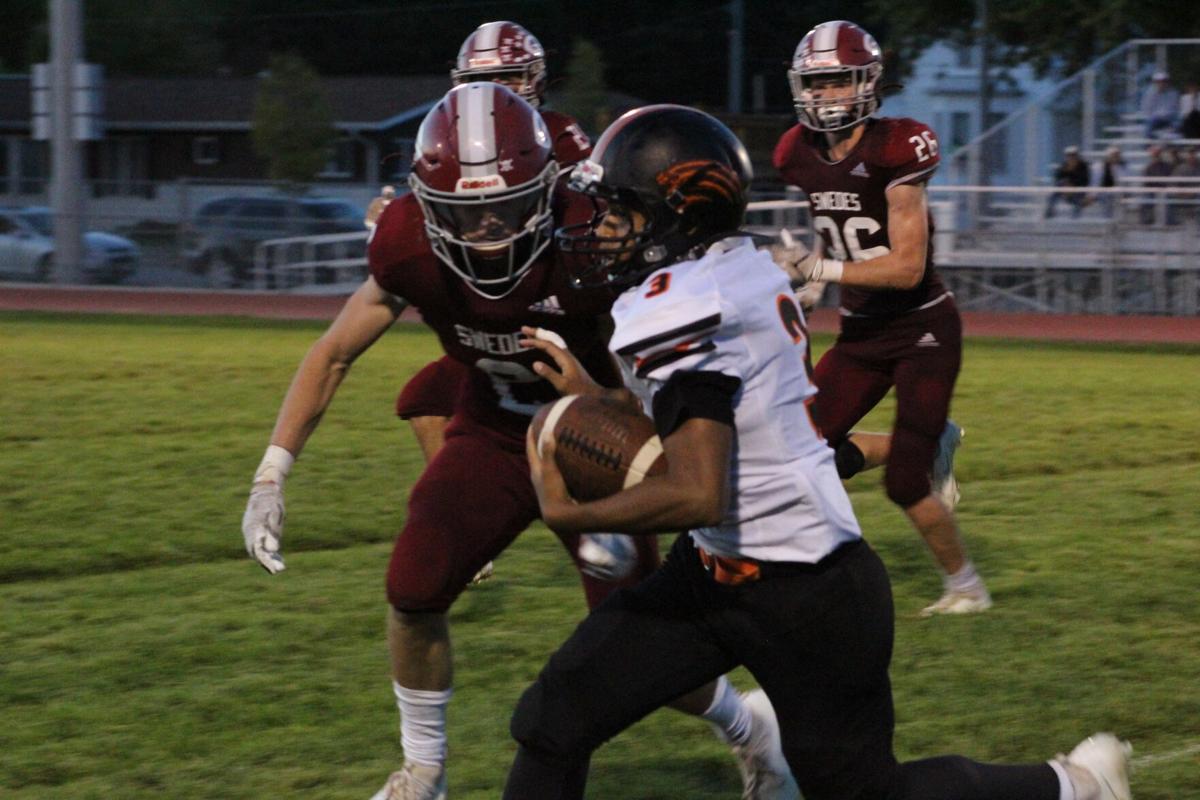 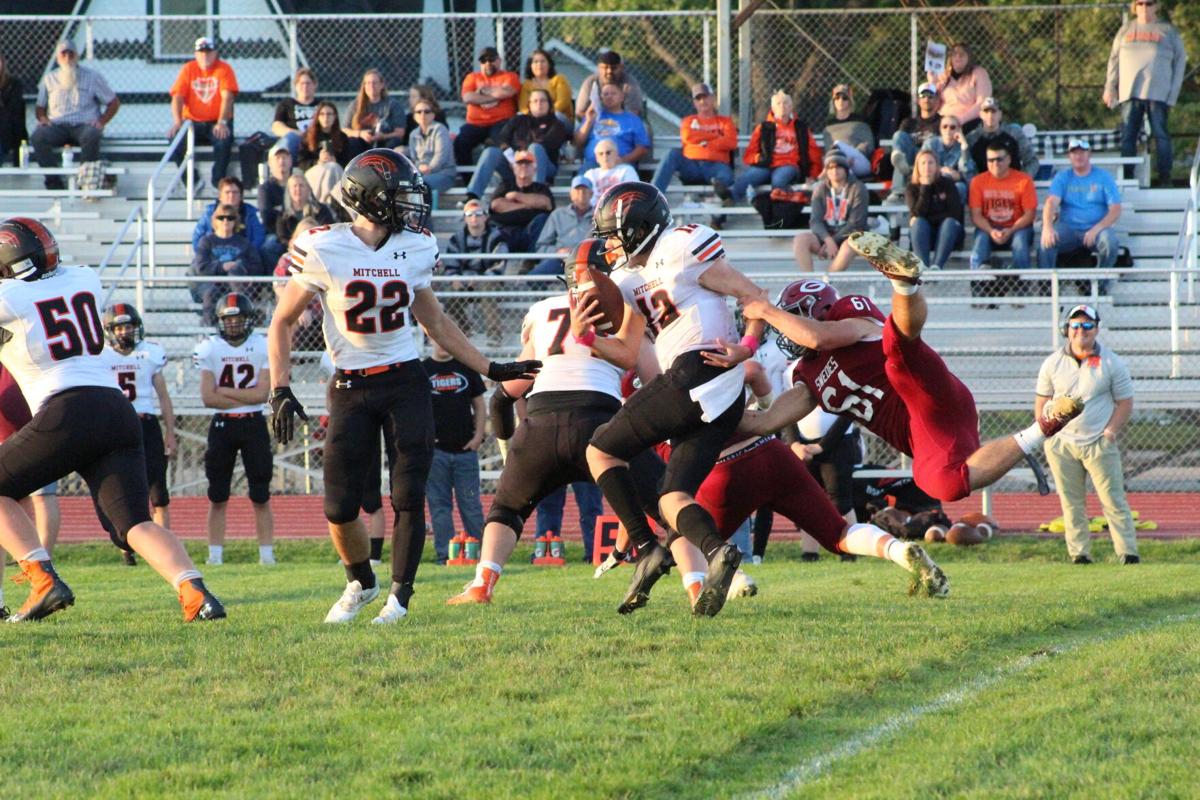 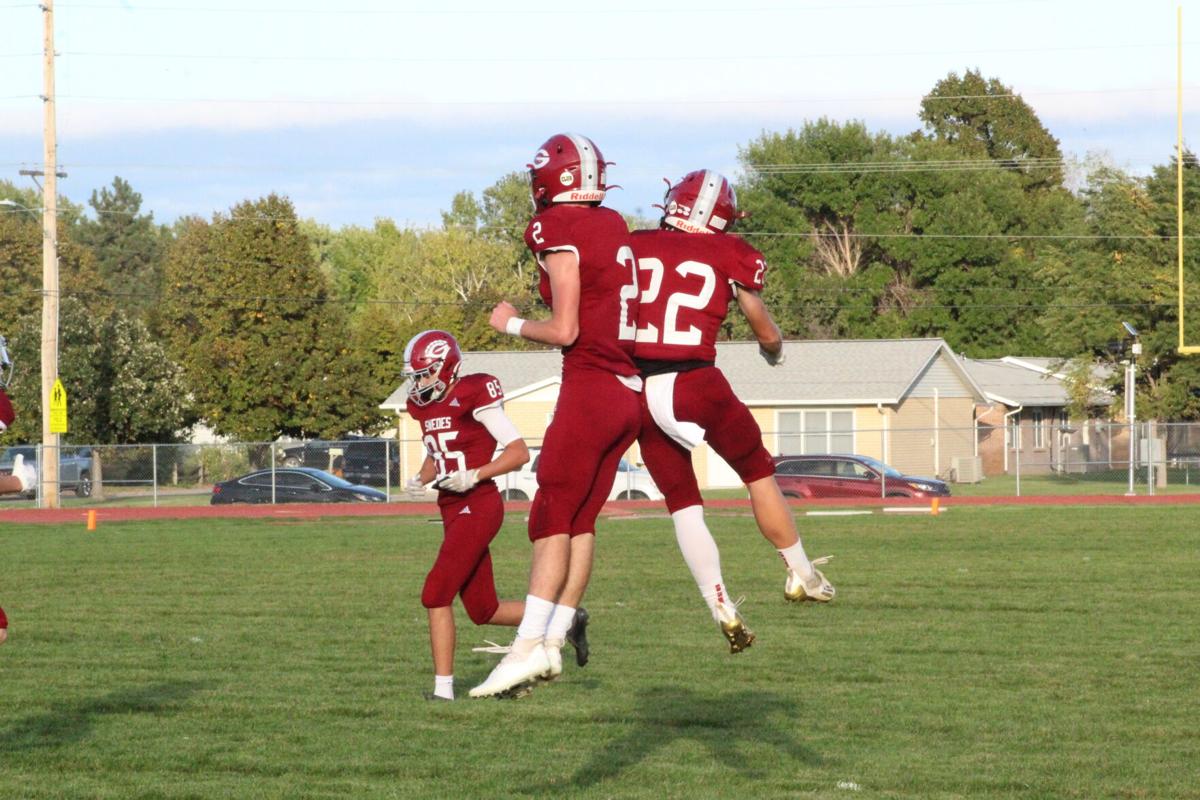 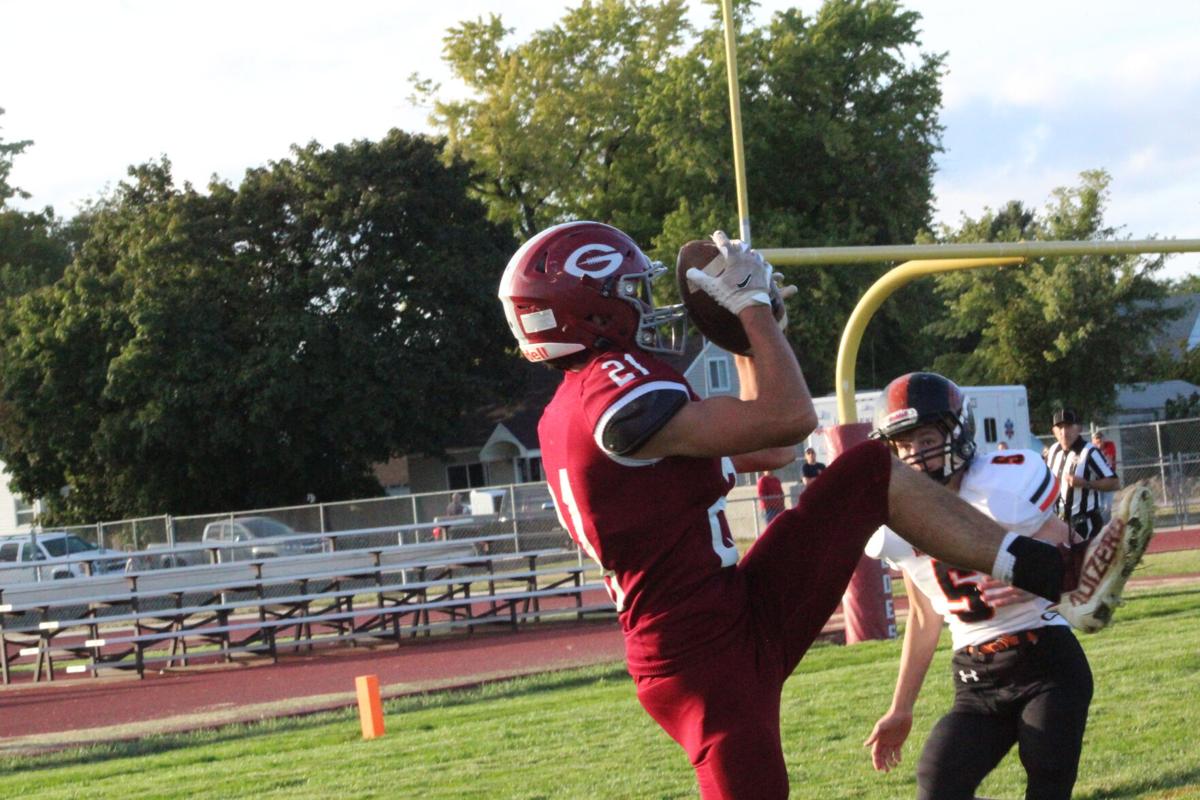 Gothenburg notched its first win of the season Oct. 1 when they beat the Mitchell Tigers 34-6 in a game that head coach Craig Haake said was no different than any other.

“We didn’t do anything different,” he said. “There was no magic dust. We were able to run the ball a little bit and maintain an offensive that allowed us to open things up.”

The Swedes launched a balanced air and ground assault to keep the Tigers guessing, tallying 160 rushing yards and 163 passing yards in the game.

“It was, by far, our best offensive output of the season,” Haake said.

Wes Geiken and Jake Burge each had two touchdowns and Trey Stevens punched one in after a pick-six as time expired on the game clock.

Geiken, who has not played in a full game since the first game of the season, came back full force to lead the Swedes on both sides of the ball.

Burge had 102 yards receiving on three catches, one for a touchdown and rushed for 28 yards on three attempts with one resulting in a touchdown.

Sean Meints was a big factor for the Swede defense with 14 tackles, one for a loss.

Tra Rossell had 11 tackles in the Gothenburg defensive effort.

Haake said that it feels good to have a win under their belts.

“We feel a little bit better,” he said. “Defensively, all year I’ve been worried about people running straight at us and Mitchell did have some success doing that but once we got them into some longer situations, we made some stops. And that’s good.”

Gothenburg now turns its attention to the Oct. 8 game at Sidney and Haake said that there would be a lot to be alert to as they get ready for the road matchup.

“They are a winning team, their offense has a lot of deception,” he said. “They run a lot of jet sweeps. It’s something that gets defenses moving. That’s why we run it.”

Haake also said that the Red Raiders would bring a blitz, something they like to do a lot on defense which will force his offense to be ready to make quick decisions.

“It’s nice when you get an opportunity to look at coverage and not be stuck on your first read because you have to throw the ball,” Haake said.

In preparing for the road game this weekend, Haake went on to say that keeping the team focused won’t be an issue.

“Winning is good medicine,” he said. “I don’t think I will have to remind them of how it feels to win. The kids felt good about their effort and how they executed.”

The Oct. 8 game at Sindey will kick off at 7 p.m. MST at Sidney High School.