Skip to main content
You are the owner of this article.
Edit Article Add New Article
You have permission to edit this article.
Edit
Home
News
Sports
Brady Bulletin
Local Events
Galleries
Birth Announcements
Obituaries
Classifieds
e-Edition
Contact Us
Share This
1 of 2 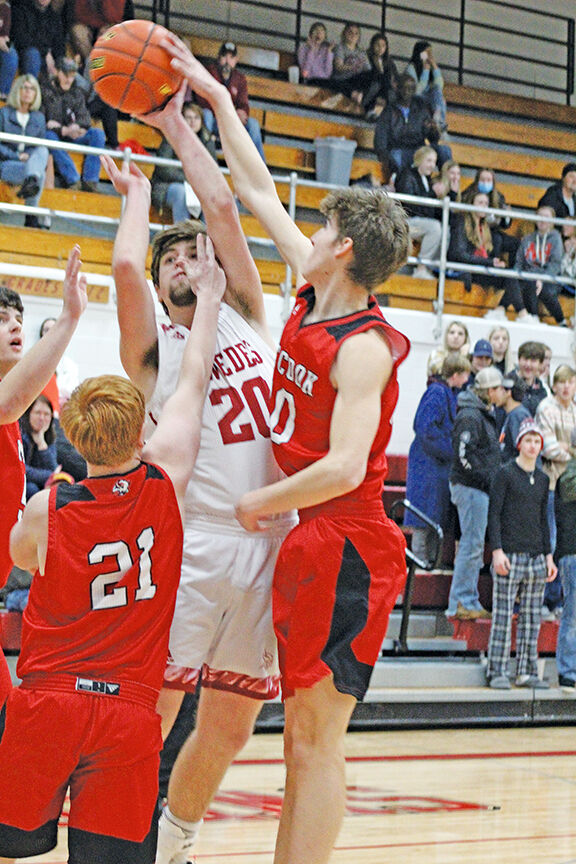 Bennett Geiken powers up through a bunch of Bison on Jan. 7 against McCook at GHS. 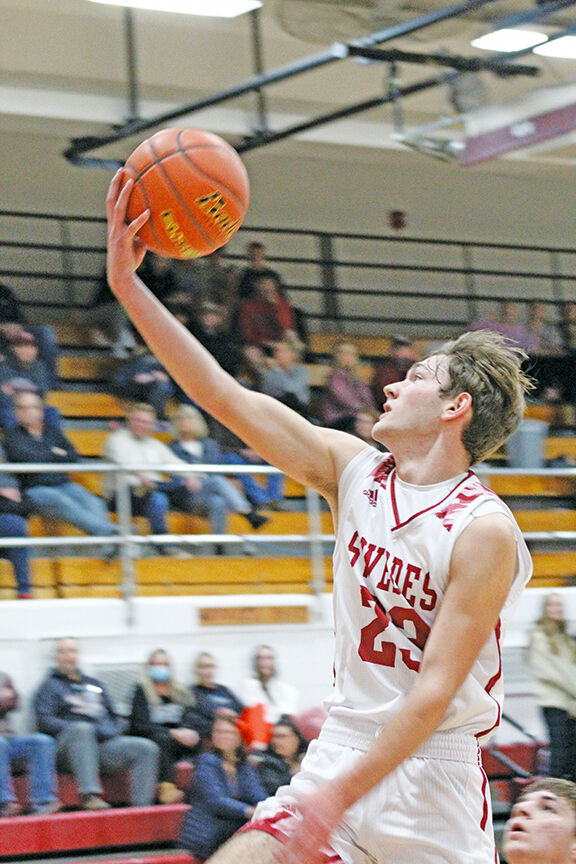 Carson Rhodes lays the ball against the glass on Jan. 7 after a steal against McCook.

Bennett Geiken powers up through a bunch of Bison on Jan. 7 against McCook at GHS.

Carson Rhodes lays the ball against the glass on Jan. 7 after a steal against McCook.

The Swede boys’ basketball team is coming out of the frying pan and into the fire.

Gothenburg hosted McCook on Jan. 7 and came up against a tough, athletic Bison team that got out on the Swedes early that resulted in a 52-32 loss at home.

“We knew their size would be something we would have to contend with,” Gothenburg head basketball coach Scott Carlin said. “We didn’t hit a lot of stuff early when I thought we had good looks.”

After being shut out in the first quarter, and a slow start to the second quarter, Carlin called a timeout to get his club re-centered.

“I told them that they couldn’t be afraid to make a mistake,” he said. “We can live with being a more aggressive team and the mistakes that come along with it. I asked them to play without fear and play with confidence.”

That helped reset the Swedes as they worked to chip away at the lead the Bison had gained.

Heading to the halftime break, Gothenburg trailed 26-17 but McCook came out in the third with renewed energy and ran away with the game in the second half.

“Guys don’t want to make the mistake that sets us off our game,” Carlin said. “When you’re playing not to make mistakes, there are going to be more mistakes. We have got to play more aggressively sooner.”

Kooper Koehn had 16 points in the Swede loss to McCook. Trey Stevens had eight rebounds.

Gothenburg had another challenge in front of them as they took on the Centura Centurions Jan. 8 in Centura.

Carlin said the adjustments he made heading into that game were minimal as they knew it would be another physical game.

“We thought if we could limit their paint touches and force them to shoot from the perimeter, we’d be in a good spot,” he said. “We also worked to make sure our spacing was what it needed to be to open up some good shots.”

While those tweaks to the game plan worked well, things didn’t fall in the Swedes’ favor and they dropped the game 50-40.

As it was the night before, the Swedes struggled to hit the open man at the right time, and Carlin said that making those passes was going to be a point of focus for his team as they work to improve.

“We have got to do a better job of making passes,” he said. “Not getting the pass to the open man at the right time took away a lot of good looks. We have got to figure out a way to start faster so we aren’t working to catch up.”

Carlin will be focusing on those things as the Swedes prepare for rival Cozad to come to town on Jan. 13.

“They are a well-disciplined, strong baseline dribble-driving team,” Carlin said. “We are expecting a lot of man to man defense and will look to contain Jacob Weatherly and Nolan Wetovick.”

The Haymakers also rebound well, which means it’s imperative for the Swedes to get a body every time the shot goes up.

Carlin said his club wasn’t distracted by the rivalry game in front of them, rather, they’re excited for the fun atmosphere the game will bring and staying focused on what they can do to continue to improve.

“We are trying to figure out what we can do to propel us forward,” he said. “We have done a lot of good things this season so far and there have just been one or two things that have set us sideways. Our focus isn’t so much on who is on the other side of the court, but more on how we can set ourselves up for success and control what we can control.”

The tough week won’t end after the Cozad game as they travel to Imperial for a Jan. 14 tip-off against the Chase County Longhorns.

“They’re playing some pretty good ball right now,” Carlin said. “I think the guys will be ready and our mindset in that game is to control what we can control.”

Gothenburg will host the Cozad Haymakers on Jan. 13 beginning with the junior varsity at 4:30 p.m. at GHS with the varsity game to follow the girls’ varsity game.

All Gothenburg home games are streamed live on the Gothenburg Activities YouTube Channel, found at https://www.youtube.com/c/GothenburgActivities.

The Jan. 14 game against Chase County will begin at 5 p.m. in Imperial with the junior varsity contest.

That game will be streamed live on the Chase County Sports YouTube channel found at https://www.youtube.com/channel/UCtG3OV7VgyiF5_6DXJr9FSA/featured.